If we look at the shelves in the pantry we’ll find vinegar (rancid wine), wines (the older, the better and more expensive), whiskey and cheese: ageing improves taste. 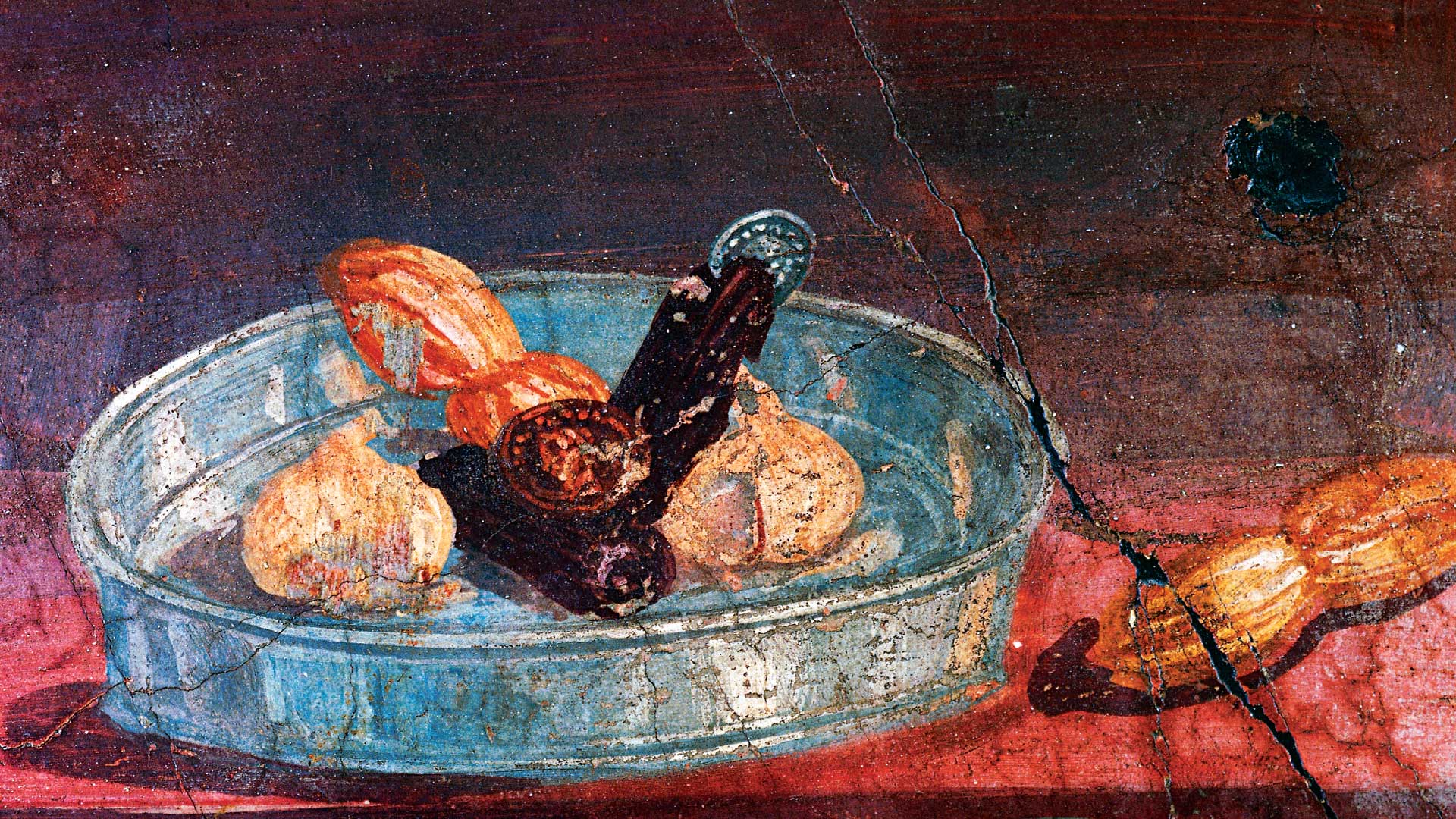 In the 80s, the H. J. Heinz Company used a phrase inspired by British author Violet Fane as a slogan for its ketchup. “The best things come to those who wait” was the tag line for the ad campaign’s key idea: even the most impatient person doesn’t mind waiting for the tomato sauce to slowly pour out of the bottle’s neck onto his plate. Patience was becoming a valued quality but, in truth, when it comes to food, it has been used as one of the most ingenious seasonings for centuries. And we’re not even talking about waiting a few seconds until the scarlet sauce stains the dishes, but about the days or even months it takes for a food to mature and become “just right”.

The concept of “aged food”, which seems modern, has been around for as long as honey, the food that never spoils (jars of the golden nectar were found in Tutankhamun’s tomb and it was still delicious). The concept isn’t new, just as “rotten food” isn’t either, although the term may make anyone wrinkle their nose.

Rotten food? Seriously? Chefs and foodies alike smile, benevolent. After all, if we look at the shelves in the pantry we’ll find vinegar (rancid wine), wines (the older they are, the better and more expensive they get), whiskey (need we say more?), not to mention cheese: ageing time improves the taste and also intensifies the delicacy’s aroma. In a nutshell: vintage food is trending, although it’s been around since the beginning of time.

We salt cod to preserve it, mature meat so that it becomes more tender, we subject food to fermentation so that we can extract the best flavours. To age is good, and it tastes even better. Not to mention: it’s now labelled as “fine cuisine” and served at top restaurants. 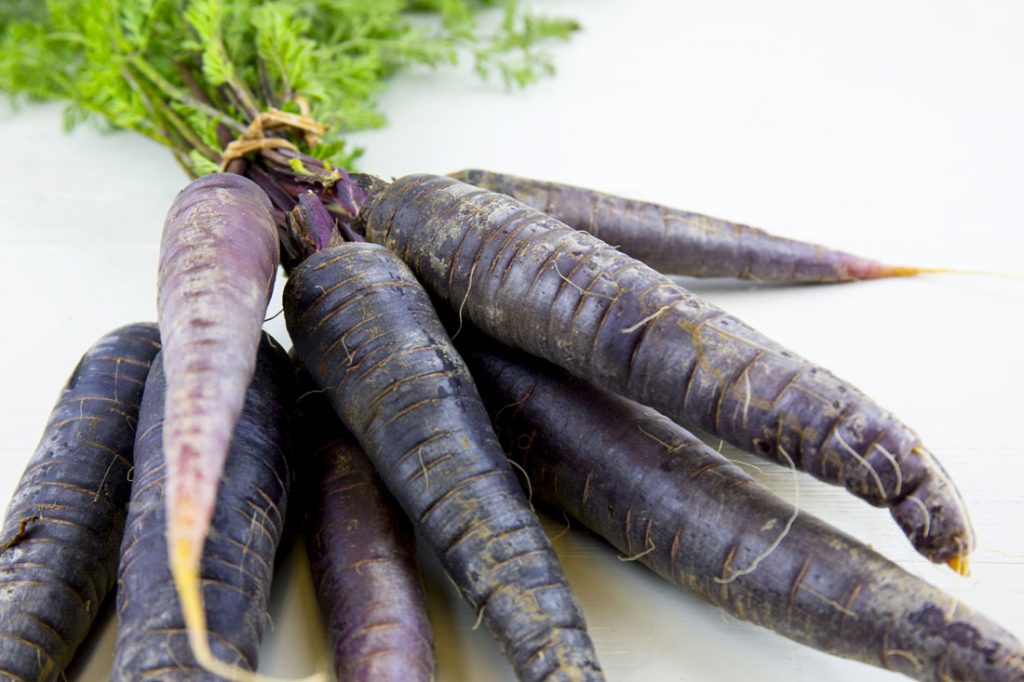 In his restaurant, Noma, the Danish chef René Redzepi became famous for his signature dish. After burying black carrots for a year, he and his team decided to cook them for two hours in goat’s butter. Their purplish root was then served as a side dish, with a bed of lettuce and chamomile.

René Redzepi, the Danish chef who runs Noma – in 2014, considered one of the best restaurants in the world –, became famous for its surprising, to say the least, signature dish. After burying carrots for a year, he decided to cook them with the same care he put into cooking meat. The carrots, which were black, were cooked for two hours in goat’s butter and their purplish root (almost blue, because of the time it took to age) was served as a side dish, with a bed of lettuce and camomile.

The vintage carrot dish delighted the palates of food critics, but it may not perhaps have that much of an effect amongst the Portuguese shepherds from Serra da Estrela [central inland region of Portugal], who created one of Portugal’s oldest (and tastiest) cheeses: Queijo da Serra. [“Mountain cheese”, named after the region’s mountain range].

The secret to getting the curd from the sheep’s milk to transform into this famous cured cheese lies in the slow ripening process. It was created in the poorest communities, but served to royalty. In the 12th century, it was already the talk of the town and four centuries later, Portuguese playwright and poet Gil Vicente, mentioned it in one of his plays. Age suits it so well that in 2011, it was voted one of the Seven Wonders of Portuguese Gastronomy.

“At dawn, she would bring him a mug of coffee without sugar and at noon a plate of rice and slices of fried plantains”

in “One Hundred Years of Solitude”, by Gabriel García Márquez

Poland has a famous cheese with a similar story: the Koryciński cheese, made from the curd of cow’s milk. Traditionally, the curd was made from the dried stomachs of calves. Today, the cheese is known as “Swojski”, and is produced in different varieties (with herbs or garlic, for example). This delicacy’s main characteristic is the ageing time: usually 12 months. The older it is, the more intense the aroma and the richer the flavour.

Throughout the pages of “One Hundred Years of Solitude”, coffee is a constant presence. All the members of the Buendía family drank it. Without sugar. Colonel Aureliano Buendía drank a mug full of strychnine and did not die. Mixing it in with his coffee was a stroke of genius: strychnine is so bitter that only something with a strong flavour could mask it. Colombian coffee is one of the best in the world and is being called upon to enter a new era: that of aged coffee. Colombian coffee beans weren’t the first to reach European shores, but rather those grown on the African continent.

The months-long journey aboard ships changed the appearance and flavour of the beans, and when the journey was shortened – with the opening of the Suez Canal in 1869 – the Europeans didn’t take kindly to the change and rejected the fresh coffee. Coffee began to be aged on purpose: it was left to rest for six months, in large warehouses near the ports, to be exposed to sea air, just as it was when on board. The fresh coffee was eventually accepted and became commonplace, but we’ve gone back to ageing, with a huge difference: technology enables ageing to take place in a controlled environment. 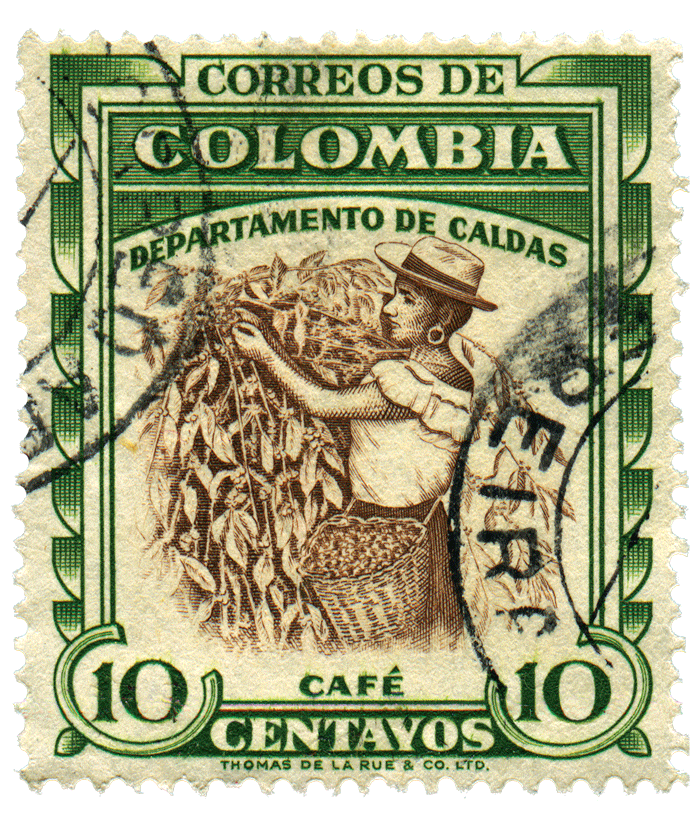 Not just any coffee can be subjected to forced ageing. The best beans hail from Colombia – a favourite, as they become smoother when older –, India and Indonesia. Much care is taken in the process: maturation time varies between six months to three years and the beans are monitored regularly, in addition to being rotated at intervals to distribute moisture evenly. Unlike some delicacies, where mould is formed to enhance flavour, in this case old coffee is the exact opposite of aged coffee.

That’s why the ageing process preferably takes place in the country of origin, in elevated areas where temperature and humidity are more constant. Just as with fine wine, coffees are tasted and the beans are only roasted once the ageing process is complete. And if Heinz used patience to its favour to advertise its ketchup, in North America they also tip their hat to the Old World, with Starbucks offering blends of aged coffee under the slogan “This is what delicate aging tastes like”. 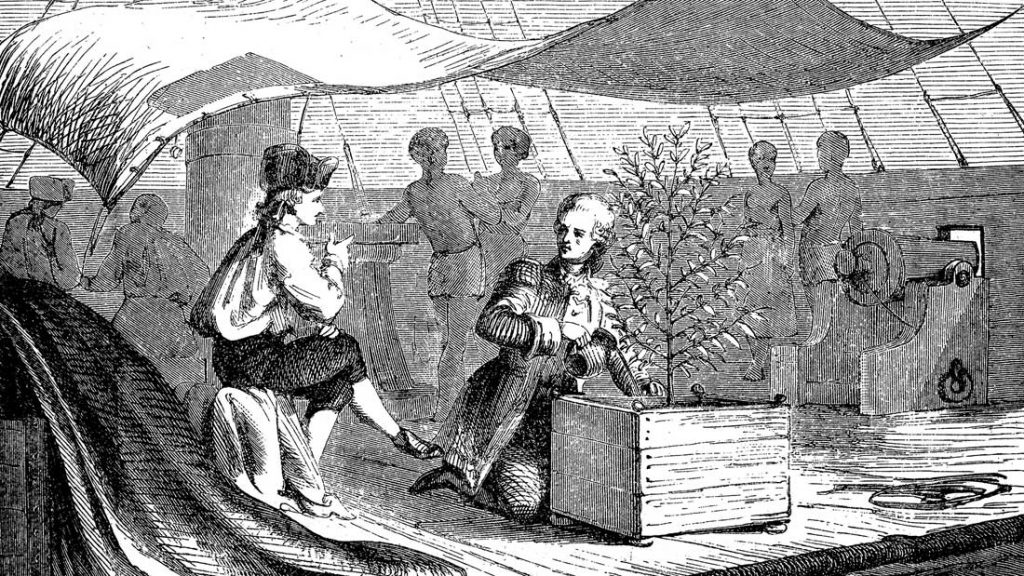 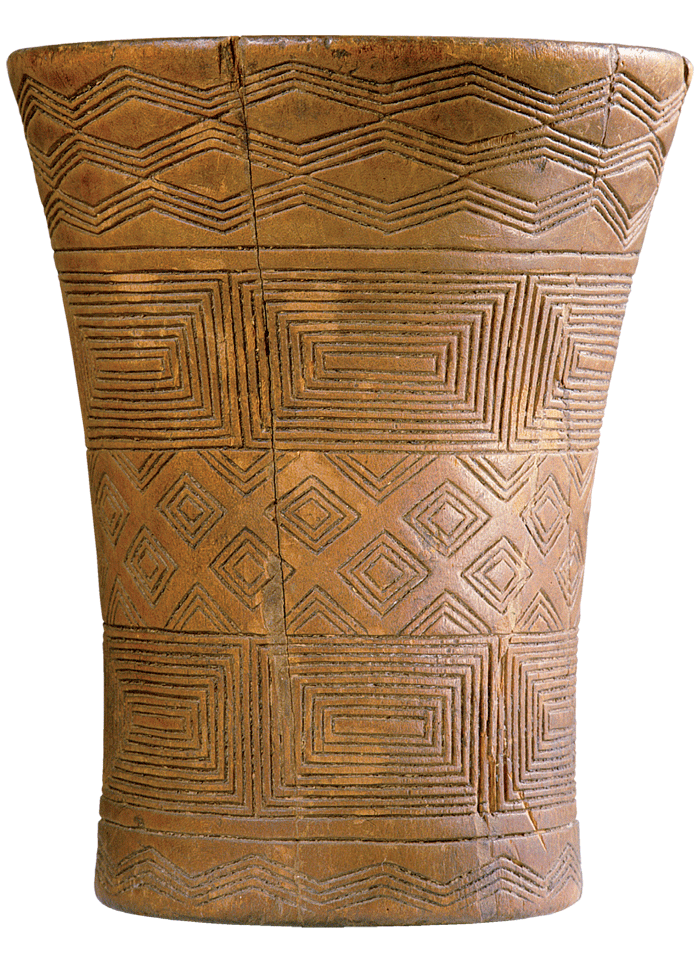 “Plain and unhygienic”. This is how the Colombian government described the country’s traditional beverage. The manufacturing process using the traditional method was prohibited in 1948 (and the prohibition lasted until 1991).
The name chicha is given to all beverages that are prepared from the fermentation of grains or roots found in the region they are grown. Its origin is as old as the Inca Empire: it was made by the indigenous peoples of the Andes Mountains.

One of the main ingredients in Iceland’s national dish, Þorramatur, is Hákari, which means rotten shark. The fish used for the snack is the Greenland shark, which cannot be eaten fresh. Given that it has a high concentration of uric acid, it induces effects that are similar to extreme drunkenness.
Scandinavians found a way to add this fish to their diet: they boil it several times or bury it for several months until it reaches a certain point of putrefaction. It is served in cubes, with a toothpick. 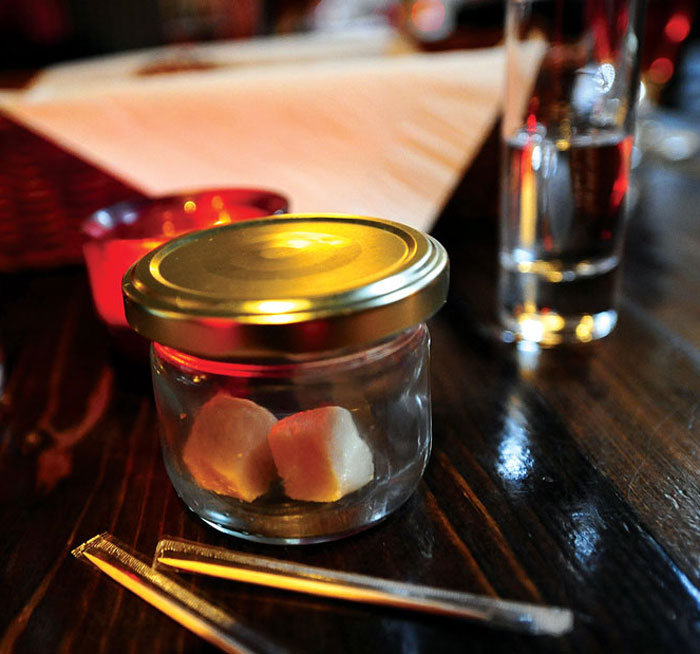 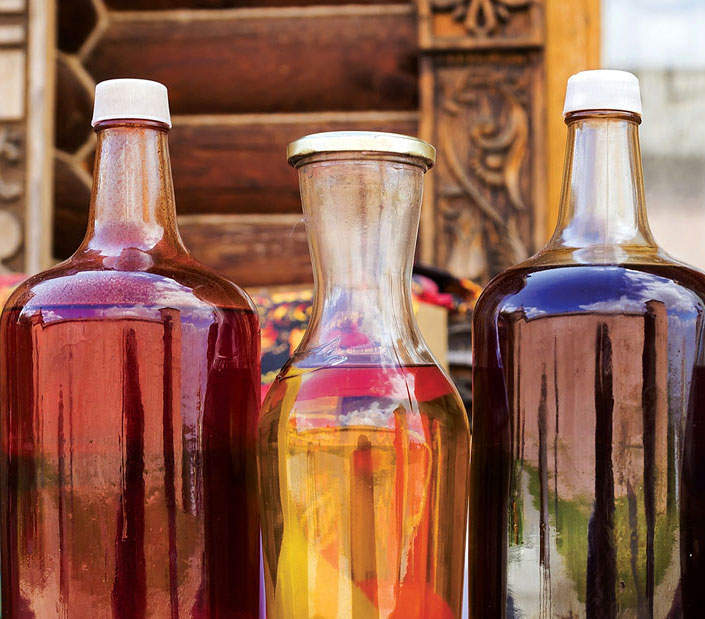 A favourite in the wizarding world of Harry Potter and in “Lord of the Rings”, there are those who believe mead only exists in books, when it is probably the oldest fermented beverage in the world. It was once made in all Polish homes, but industrial production killed the artisanal form of making mead. The traditional recipe begins with the honey being boiled in water with local herbs. The mixture is then aged in clay pots, for six to seven years. There’s no big secret: the passage of time is the main ingredient.

20 years ago, a small Chinese family business bought the stock of an old tea that was served at a restaurant in Hong Kong. It was like finding a buried treasure: they were batches of Pu-erh tea, one of the only teas in the world that is traditionally aged over the course of many years before it is brewed. It is a dried, fermented, black tea, which gains a smoother taste as decades pass.
The Lam family – who bought the batch –, sells the tea that was planted from 1930 to 1950 for as much as 18,700 euros (for a bag of 345 grams). Many Chinese buy Pu-erh tea as a collector’s item. 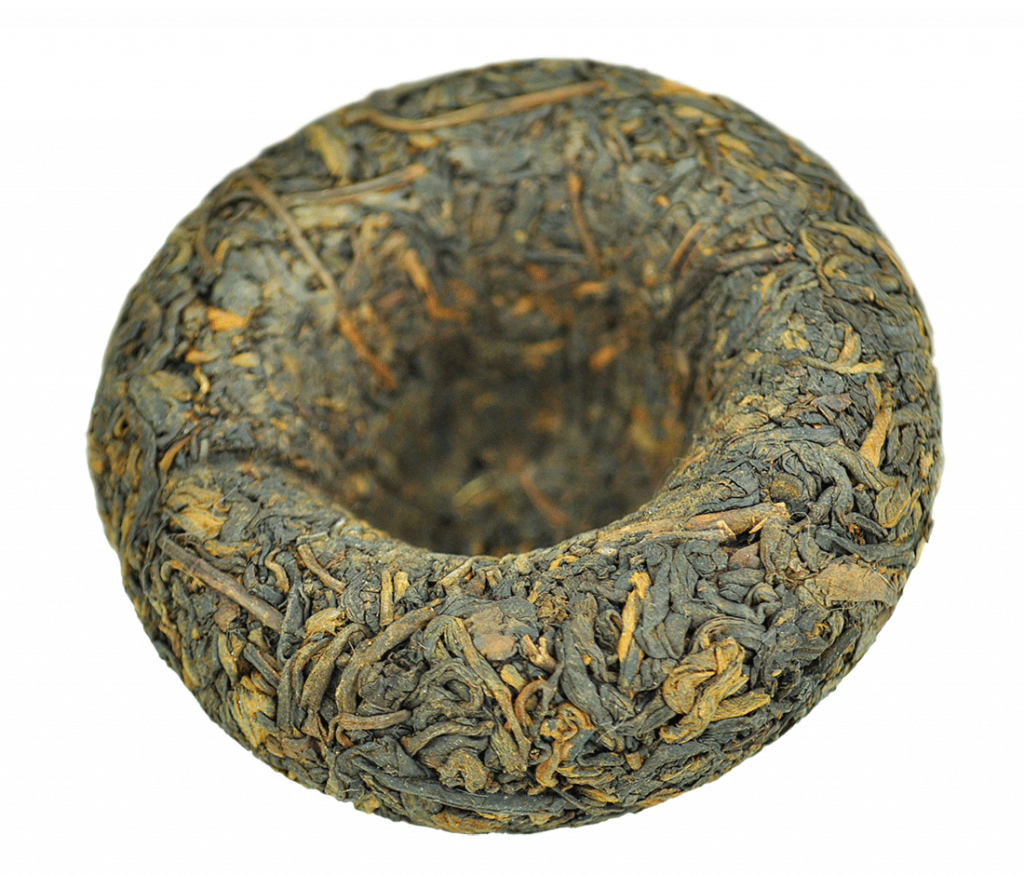 MADE IN SOUTH KOREA

Kimchi is the basis of the three main South Korean dishes. They are salty vegetables, usually cabbage or radish, immersed in brine for several hours and then dipped in a paste made of rice, sugar and a variety of other seasonings, and left to ferment. It was created in the long Winter months, when the neighbours got together to make large quantities of kimchi which were kept in clay jars and buried. The dish has adapted to the times: there’s even a kimchi burger. In South Korea, there is a research institute dedicated entirely to kimchi. 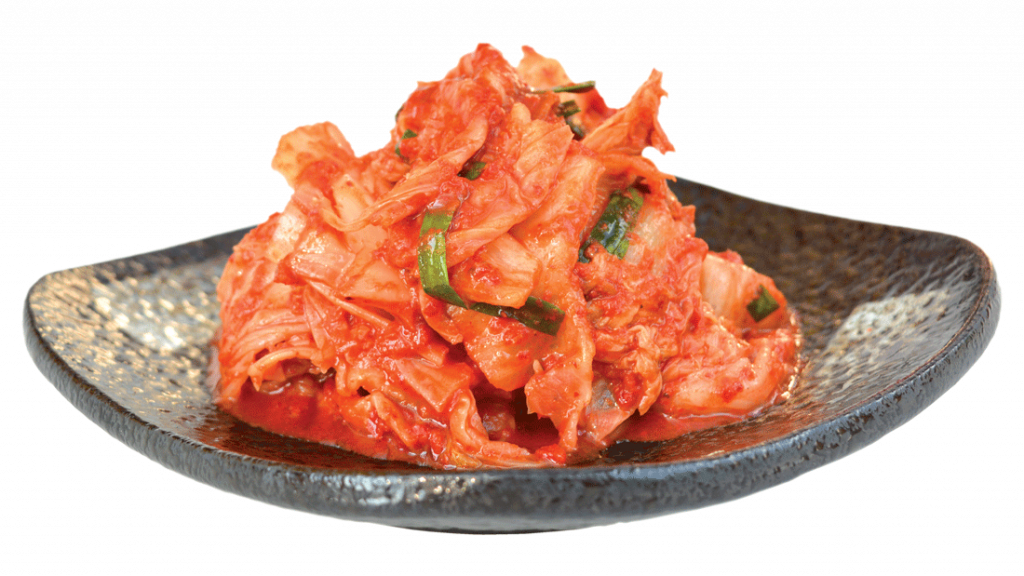