07 Jul Bearing Legacy Through the Ages

Bearing Legacy Through the Ages

Monuments are the most apparent feature of a past that carries the memories of our ancestors over time. Get to know a selection of bearing–legacy monuments in Poland, Colombia and Portugal. 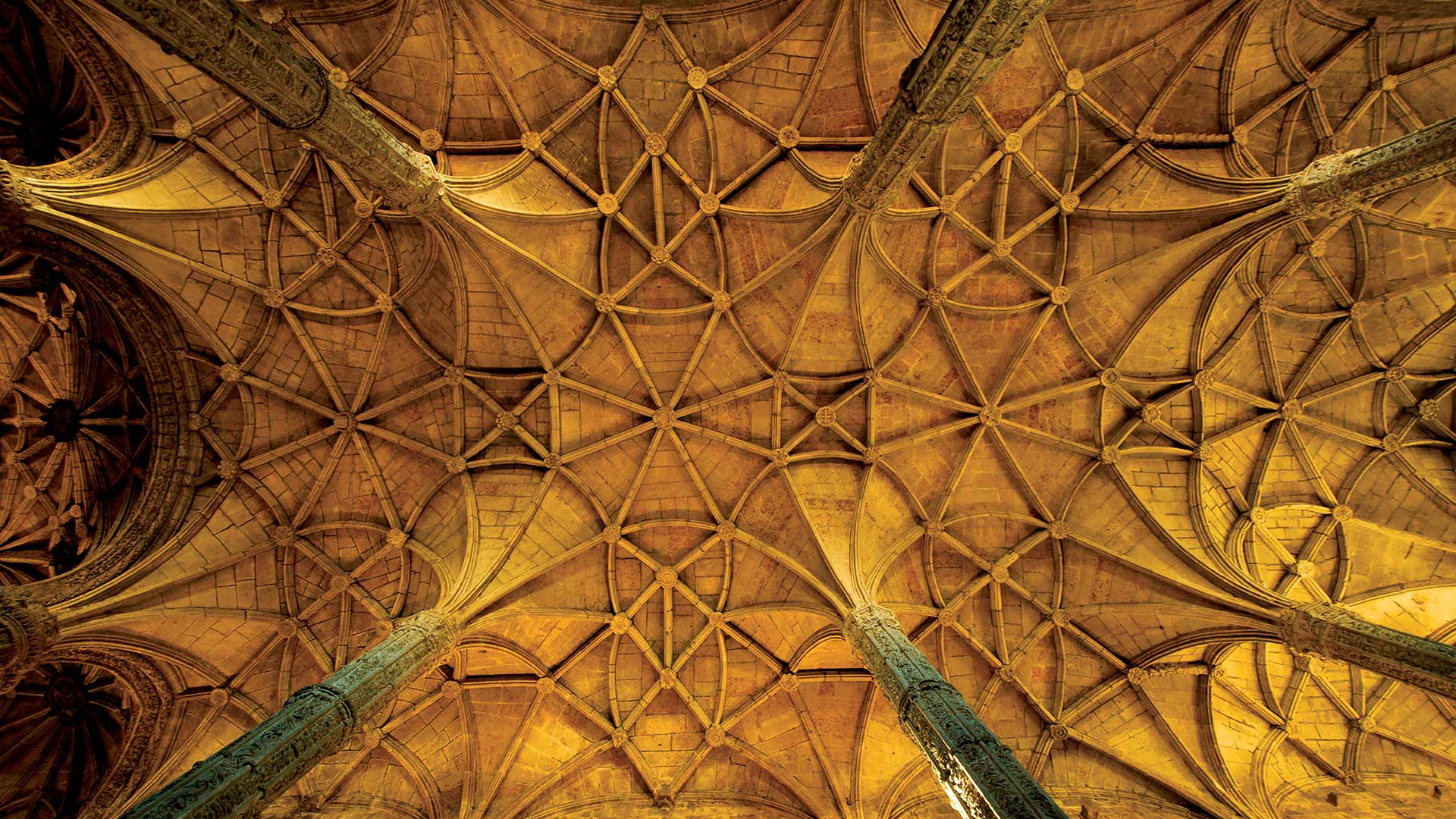 In the history of civilisations, monuments are the most apparent feature of a past that carries the memories of our ancestors over time, passing from generation to generation and shaping our present. On the following pages, we are presenting a geographic selection of bearing – legacy monuments that are milestones in their countries – Poland, Colombia and Portugal.

After the city of Cartagena was founded, it gradually gained population, a church, wealth and fame. In order to protect itself from pirates and corsairs that might plunder or loot the city – and after the attack by Jean-François Roberval – the city had to erect a wall for its protection. The historic centre was therefore surrounded by 11 kilometres of defensive walls. These were complemented by fortifications along the coast, making Cartagena an impenetrable city from a military point of view. The walls were begun in 1586 and were built throughout various phases. 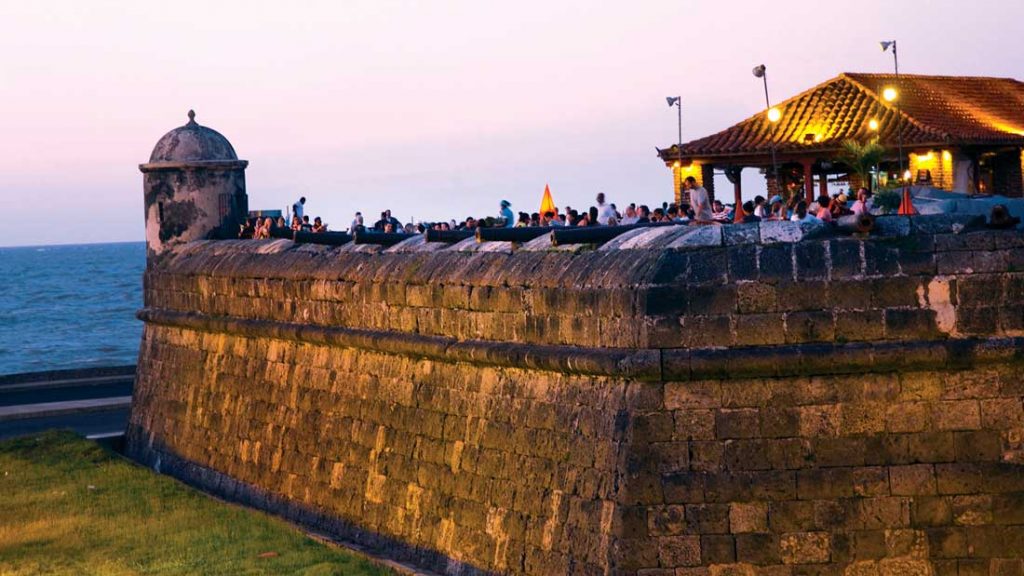 Cartagena was founded in 1533 by Pedro de Heredia. It rapidly grew to become a rich city but in 1552 a widespread fire destroyed a large number of its wooden buildings. After that, only stone, brick and tile were permitted as construction materials. The city flourished in no time, and was even the storage place for the Spaniards’ treasure, until it could be sent back to Spain. As such, it became a tempting target for all kinds of corsairs who operated in the Caribbean Sea, such as Sir Francis Drake.

During the colonial period, Cartagena was the most important bastion of the Spanish overseas empire, which had a big influence on the history of Colombia. Despite this position, Cartagena was one of the first cities to proclaim its independence from Spain, at the beginning of 1810, which led Bogotá and other cities to do the same.

The city was freed by Simón Bolívar’s troops in 1821, and received the well-deserved name of “The Heroic”. When it began to recover, the city attracted immigrants from all over the world who set up home there. Over the last few decades, Cartagena has expanded and is the largest port in Colombia and an important industrial centre.

Saint John the Baptist Archcathedral, in Warsaw, is a Catholic church in the heart of the Old Town of Warsaw and one of the city’s three cathedrals. It is also the mother-church of the archdiocese of Warsaw. It has already been indicated as heritage of cultural importance by UNESCO and is one of Poland’s national pantheons.

It is an extremely important monument not only to historians and architects, but also to all Poles. At the site of its location, there was initially a wooden chapel belonging to a castle. It became a key building in the history of Warsaw: it was the site of royal weddings and coronations; it was where the Constitution of the 3rd of May was laid down. The building has been re-built many times, and is currently in the Vistula Gothic style. 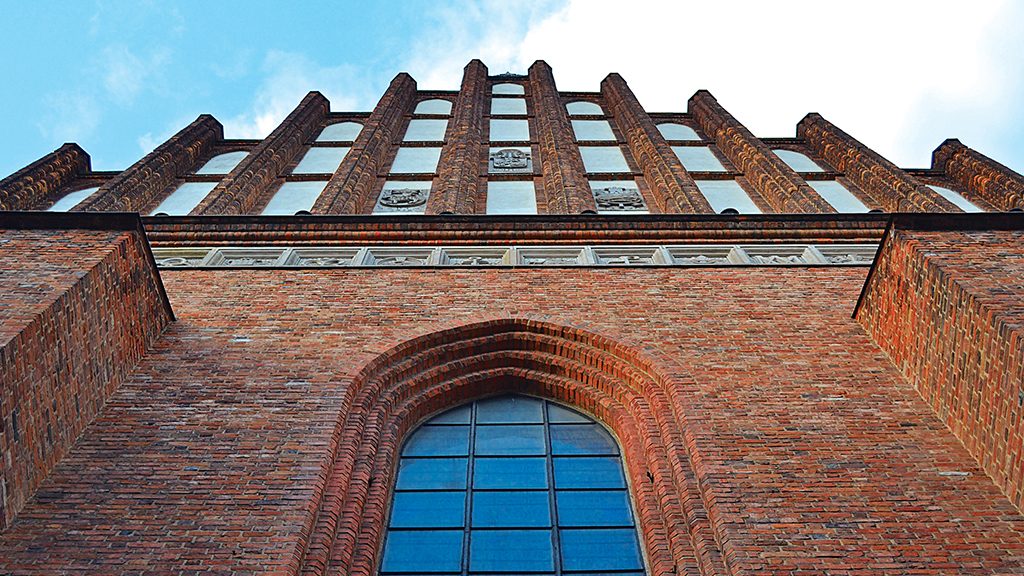 St John’s Archcathedral, one of the churches in the heart of the old town of Warsaw.

The history of Poland is full of ups and downs, but it always manages to recover from destruction. The city began to appear in the 14th century, the time when the Dukes of Masovia built a fortress where the royal castle currently stands. In 1413, the Dukes chose Warsaw as their seat of power and the city flourished. Later, it fell under the direct power of the king, in Krakow, and became part of the royal territory. In 1596, King Zygmunt III Waza transferred the national capital from Krakow to Warsaw.

The city also had to survive a Swedish invasion, from 1655 to 1660, a Napoleonic one in 1806, as well as Russian rule, which led to the rebellions in 1830 and 1864. Nevertheless, it would continue in the hands of Russia until the end of the First World War. The rapid development of a post-war, independent Poland was cut short by the German bombing in 1939. At the end of World War II, Warsaw was in ruins, and so a massive reconstruction project followed, which thus enabled Warsaw to enjoy an unprecedented period of economic growth.

The Historic Centre of Porto, classified as Cultural Heritage by UNESCO in 1996, is officially the oldest area of the city of Porto, due to its Mediaeval origins, and encompasses the civil parishes of Sé, São Nicolau, Vitória and Miragaia. It includes numerous individual monuments of great importance, namely the Muralha Fernandina (Fernandina Wall), the Clérigos Church and Tower, Igreja de Santa Clara, Luís I Bridge, Mediaeval Ruin of the Casa da Câmara and Sé do Porto (Porto Cathedral). 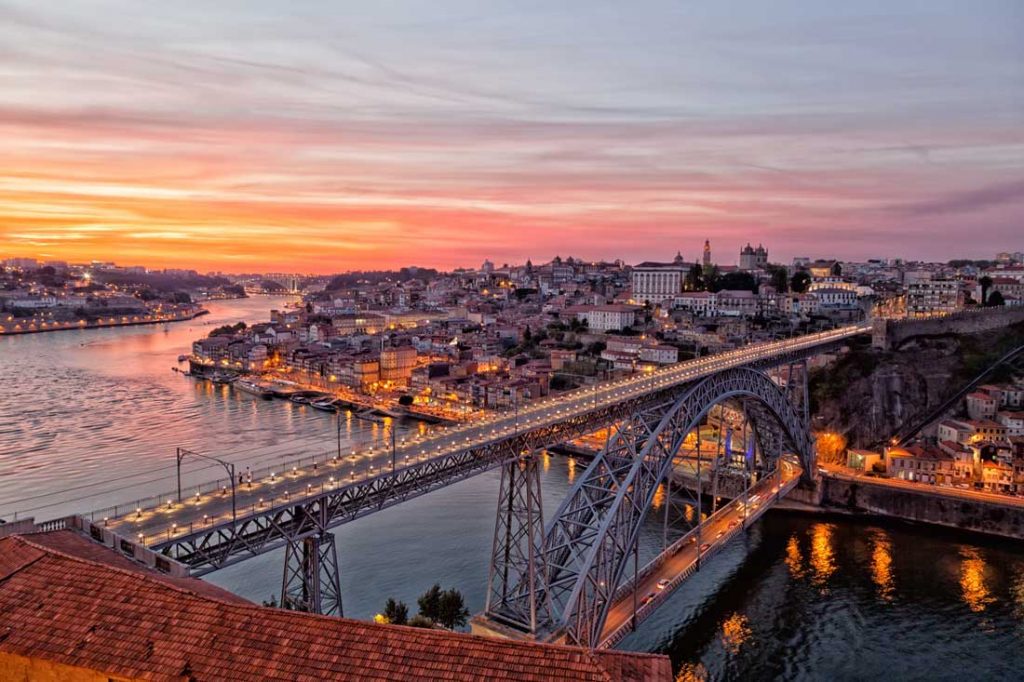 View of Douro river and city of Porto at sunset.

From the romanesque cathedral to the baroque Clérigos Tower, Porto carries an immense architectural patrimony

The second most important city in Portugal was the one from which the nation’s name originally arose – Portocale. Also known as Oporto, in English, this city, located on the Douro estuary has been in existence since 300 BC. Its first inhabitants were the Celts, followed by Roman rule, a short visit by the Suevi, Vandals and Visigoths, and it was also conquered by the Moors.

After the reconquering of the region called “Portus Cale”, so called since the days of the Roman Empire and which now comprises the Porto of today, this name became part of the roots of the name of the country itself. As one of the oldest cities in Europe – it managed to reap the benefits and success of the Discoveries, to overcome the French invasions, a siege and yellow fever – Porto gradually developed as an important commercial port, gaining importance and growing in size over the years and centuries.

It was even the place where the marriage of John I of Portugal and Philippa of Lancaster took place (1387), a symbol of the military alliance between Portugal and England, the oldest alliance ever recorded. As a port of the utmost importance for trading, Porto became the undisputed monopoliser of the regional economy.

One of the most famous Portuguese exports, Port Wine, was thus baptised due to the major contribution from the metropolitan area towards its packing, transport and export. The city was even awarded, for the third time, as best European destination 2017, by European Consumers Choice. 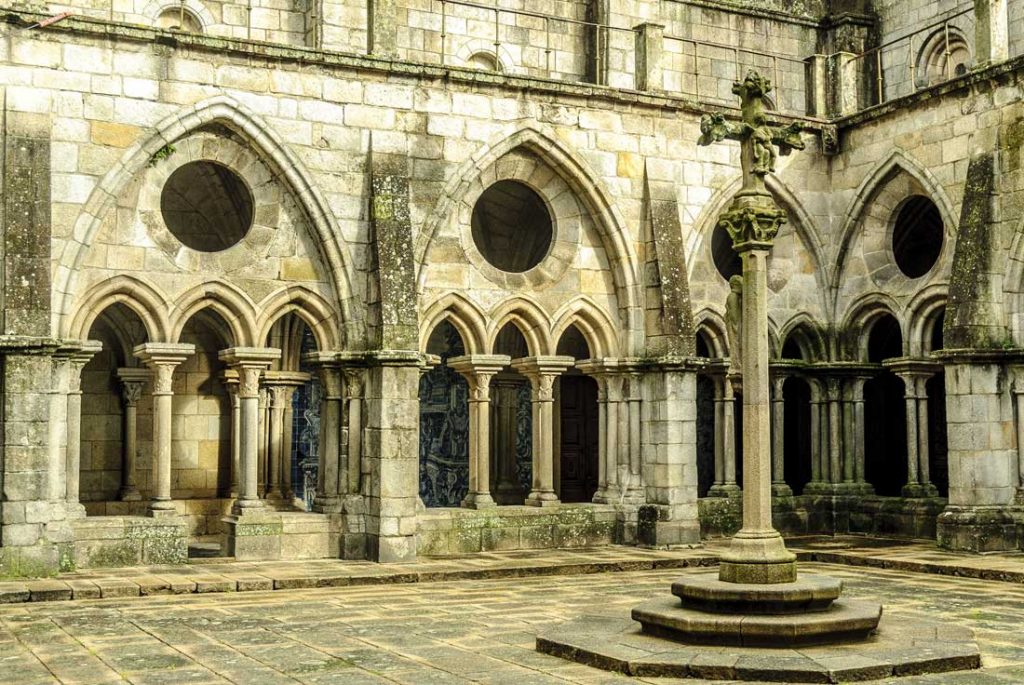 The cloisters of the Porto Cathedral, the Sé do Porto.