07 Jul The family behind Jerónimo Martins

The family behind Jerónimo Martins

Founded at the end of the 18th century, Jerónimo Martins has been run by the Santos Family for four generations. They have left a common imprint: determination, strong character, enterprising spirit, love for their work and dedication. 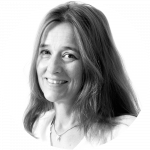 Historian, Research Fellow at the University of Lisbon 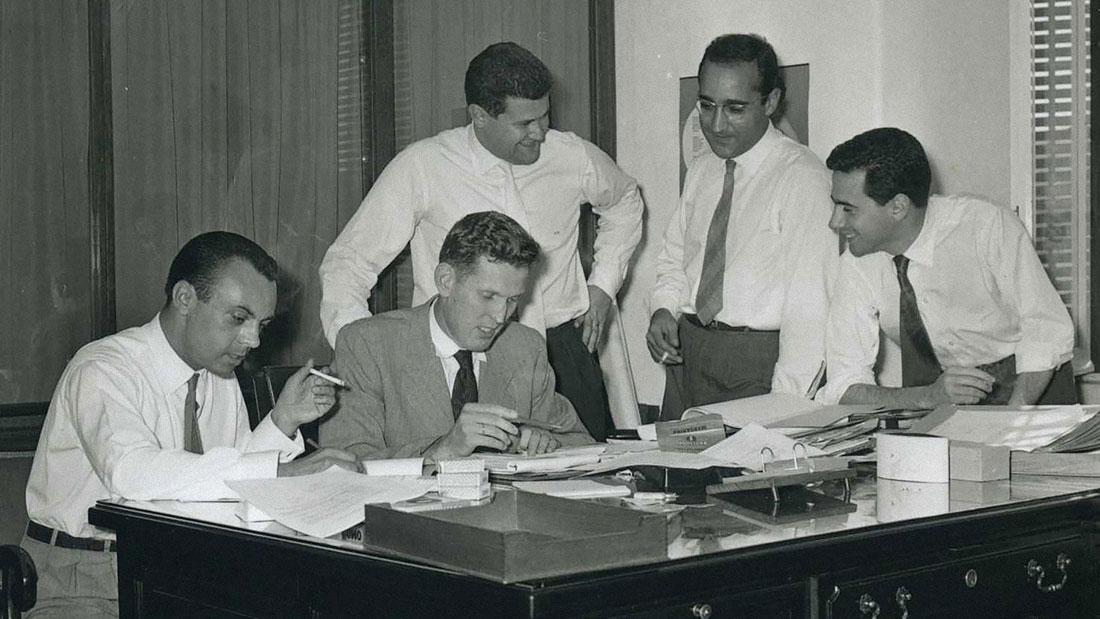 Founded at the end of the 18th century by a Spanish man called Jerónimo Martins, the company has been run by the Santos Family for four generations, starting from nearly 100 years ago. Francisco Manuel dos Santos (1875-1953) acquired the company in 1921 and nowadays he is still a reference to his descendants. Today, it is his great-grandson, Pedro Soares dos Santos, who heads up the family-controlled Jerónimo Martins Group and, like his ancestors, he is committed to leaving to the next generation an even bigger legacy than the one he received.

Francisco Manuel dos Santos was born in a remote village in the district of Guarda, in the heart of a modest family. He was intelligent and good at arithmetic and so at the age of 15 he was sent to Porto to work in the store of Domingos Veloso Barreto, the Vice-Chairman of the ShopOwners Commercial Association in that city. He then moved on to the establishment of Elísio Pereira do Vale, in Rua do Almada, also in Porto. In 1904, together with Joaquim de Castro Gomes, he sub-leased Casa da Índia, in Praça Guilherme Fernandes, and its warehouses in Rua Galeria de Paris and Rua José Falcão, in Porto.

He was also a partner of Júlio Bacelar in a fine grocery called Flor do Carmo. He married Alzira Vieira dos Santos in 1906 and had eight children. Alzira was the daughter of a prominent merchant in the Porto marketplace. Elísio Pereira do Vale was the best man at his wedding. In 1920, together with Elísio Pereira do Vale and other partners, Francisco Manuel dos Santos set up Grandes Armazéns Reunidos. This company aimed to expand to Lisbon, which led it to acquire Estabelecimentos Jerónimo Martins in that city.

The four members of the Santos Family have left their common imprint on the business: determination, strong character, enterprising spirit, love for their work and dedication

Given the prestige of the Jerónimo Martins store, the partners from Porto adopted the name of that Lisbon commercial company. Besides the branch in Porto and the agency in Coimbra, they planned to also open an office in London. But Francisco Manuel dos Santos’ audacity ended up causing disagreements between the partners. From 1925 onwards, only Francisco Manuel dos Santos and Elísio Pereira do Vale continued with the business.

A little later, in 1927, Elísio Pereira do Vale and Francisco Manuel dos Santos went to Holland and came back to Portugal with the representation of the Cowherd Vaqueiro brand. During the first half of the 20th century, Francisco Manuel dos Santos formed the family company with the same name, which is Jerónimo Martins’ main shareholder today with a 56% stake. He eventually died in 1953.

Following on from him at Jerónimo Martins was Elísio Alexandre dos Santos (1907-1967), his son-in-law and nephew, who emigrated to Africa in 1907 in an attempt to improve his financial situation. Francisco Manuel dos Santos had been summoning him to Lisbon for a long time, to help out with the family businesses. Elísio Alexandre dos Santos’ management style favoured the company’s manufacturing side. He was the one who took the initiative to build Fábrica Imperial de Margarina (FIMA), which was inaugurated in 1944 to overcome the import difficulties arising from the world conflict that was tearing Europe apart at that time.

With a view to producing margarines and detergents, Elísio Alexandre dos Santos also negotiated a joint-venture between the Portuguese Group and the Anglo-Dutch Distribution Group Unilever, an agreement which was at the root of the creation of Indústrias Lever Portuguesa in 1950. It was also under his direction that the Group acquired Fábrica de Gelados Olá and Chocolates Excelsior and that the family businesses expanded to Angola, where he founded Socorel, Sociedade Colonial de Representações. Elísio Alexandre dos Santos died suddenly in 1967, in Brazil, where he had gone to visit his son, Alexandre. He was 59 at that time.

Francisco Manuel dos Santos acquired the company in 1921 and nowadays he is still a reference to his descendants. 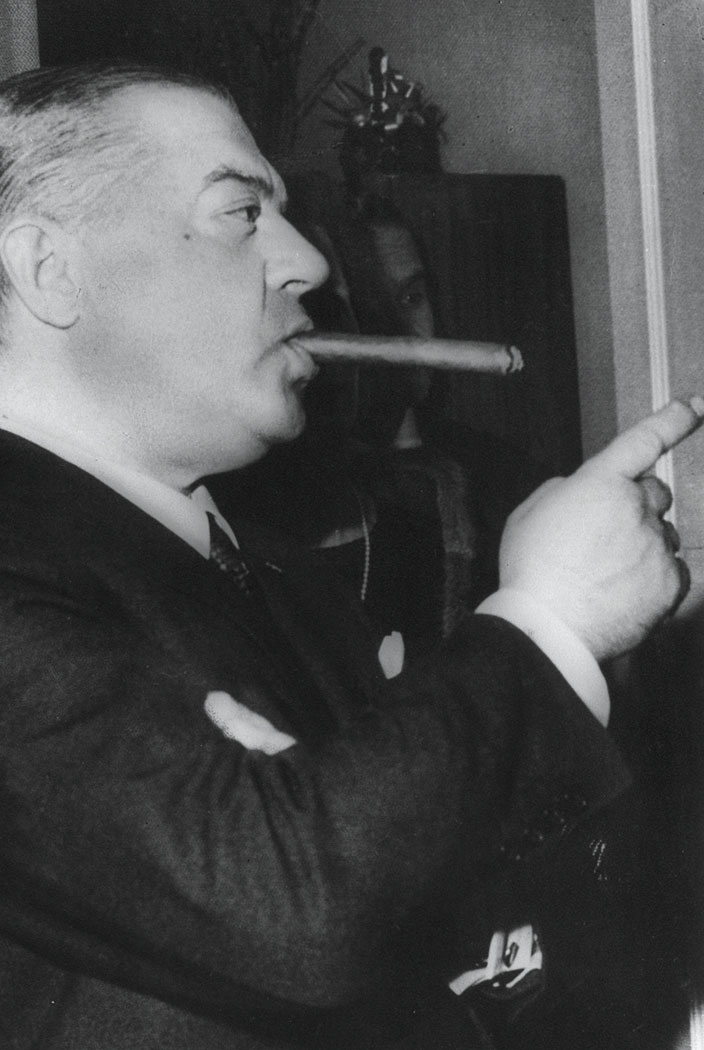 Elísio Alexandre dos Santos was the one who took the iniciative to build  Fabrica Imperial de Margarina (FIMA), which was inaugurated in 1944 to overcome the import difficulties arising from World War II.

Alexandre Soares dos Santos (1934) was then summoned to Lisbon to take on the leadership of Jerónimo Martins. He had already acquired vast professional experience at Unilever. He was a good student and entered the Faculty of Law at Lisbon University, but in 1957 left the course, at the age of 22, to start a career at Unilever, in Germany, first as a blue-collar worker and then as a salesman. He recalls those times where he found a spirit of saving, austerity and discipline in a people deeply marked by the destruction caused by the Second World War.

Still today, that is the example he offers Portugal for it to overcome its economic crisis. He also spent time in Ireland and in France and went to Brazil in 1964, which he left three years later to take on the family business. At that time, he was marketing director at Unilever. The indifference of the Brazilian elite towards social inequalities that he witnessed at that time stirred in him a social conscience.

In charge of the Jerónimo Martins Group’s businesses since his father’s death in 1967, he chose the opposite path from the one carved out by his father, by investing in the distribution sector. It was a way of freeing the Group from the excessive dependence on Unilever. It was within this context that in 1978 he set up Companhia Pingo Doce, a supermarket chain, whose first store was inaugurated in 1980. Alexandre Soares dos Santos was leading the company at the time of the Revolution of the 25th of April 1974, at a time in which social uprising and the occupation of companies and land were gradually compromising a number of major domestic businesses.

On the contrary, the Group’s robust finances, the exponential increase in consumption, the above-average wages and other social benefits offered to the workers – which kept them away from the unions dominated by left-wing and far left-wing organisations – made the company prosper. It was also thanks to Alexandre Soares dos Santos that the company endured the 2009 financial crisis, this time, in his own words, due to the success of the business in Poland, where the Group owns the Biedronka chain of discount stores, which in the first quarter of 2017 already had 2729 stores.

In between, in 1989, he managed to buy the Vale Family’s share in Jerónimo Martins, so that Sociedade Francisco Manuel dos Santos gained complete control of the company, and put it on the Lisbon Stock Exchange that same year. At the end of 2013, Jerónimo Martins ranked 76th in the biggest retailers list in the worldwide distribution ranking and Alexandre Soares dos Santos handed over his position to his son, Pedro.

Prior to that, in 2009, he created Fundação Francisco Manuel dos Santos, whose objective is to inform citizens so that they may mobilise to defend national interests. Pedro Soares dos Santos has therefore been Chairman and CEO of Jerónimo Martins since the 18th December 2013. He is Alexandre Soares dos Santos’ third child. His liking for the family business and his commitment to it can be clearly seen in the fact that he tries everything that is sold by the Pingo Doce and Recheio private brands, thereby personally guaranteeing the quality of the products offered by Jerónimo Martins.

Just like Alexandre Soares dos Santos, he also attended a Law Course, but didn’t finish it. He has various Management courses from the most prestigious universities in the world, such as Kellogg, Harvard, IMD and Darden.He started working for the Group in 1983, at the age of 23. He worked as an apprentice, a salesman with Gelados Olá, as purchasing assistant in the Perishables area of Pingo Doce and store manager, Operations Director and Managing Director at Recheio. In the year in which he was nominated for that last position, in 1995, he was elected to the Board of Directors of the Jerónimo Martins Group.

After setting up Grandes Armazéns Reunidos in Porto, in 1920, Francisco Manuel dos Santos wanted to expand the company to Lisbon, which led him to acquire Estabelecimentos Jerónimo Martins in that city.

Talking about this rising career path with the Group he says he learned a great lesson: “nothing is achieved without good human resources and without motivation”. As from 1999, it was Pedro Soares dos Santos who ran the Jerónimo Martins operations in Poland, where he lived from 2000 to 2002. He contributed decisively for the success of the businesses in that country, where the Group had previously acquired a chain of 48 Cash & Carry stores and launched the Biedronka chain of discount stores, now leader of the food retail market. This was the business that enabled Jerónimo Martins to really endure the economic and financial crisis that dawned in Portugal in 2009.

The 13th of March 2013, the Group opened the first store and the first Distribution Centre in Colombia, where today the ARA chain owns more than 250 stores. The Group was attracted by the economic growth and immensity of the Colombian market. In Pedro Soares dos Santos’ view, this is an investment in the future, as it is a country where, as opposed to what is happening in demographically ageing Europe, young people are still a promise.

Also under his responsibility, Jerónimo Martins began investing in the Portuguese agricultural sector. The Chairman of the Group’s objective is to ensure the company’s supply sources in a country where agriculture is still highly disorganised. Just like his predecessors, Pedro Soares dos Santos doesn’t get involved in Portuguese politics. However, he confesses to be an admirer of Winston Churchill and Margaret Thatcher and claims to be politically “more conservative than anything else”.

He also doesn’t hesitate to point out that globalisation requires the State to make a strong investment in young people’s education. These are the four members of the Santos Family that have led the Jerónimo Martins Group for almost one hundred years. They have left and continue leaving their common imprint on the business: determination, strong character, enterprising spirit, love for their work and dedication to the family.

This article is part of the “225 Years of Jerónimo Martins” feature.