07 Jul Keeping Secrets through the Foliage

Keeping Secrets through the Foliage

Trees are living witnesses of history, keeping secrets and resisting the slow passage of time. Here’s a journey through some of the oldest species.

Psalm 137 is one of the most well-known from the Book of Psalms and expresses the sorrow of the Jewish people in exile after the conquest of Jerusalem in 586 B.C. It’s not by chance that the lyres were hung on a willow. It is also known as a weeping willow, as its branches bend towards the floor, like huge tears. The tree originates from Northern China, and was taken by traders on the silk route as far as Babylon, which justifies its scientific name: salix babylonica.

Two other legends are linked to the willow: Christianity tells us the story of how this tree bent its long branches to hide the Virgin Mary and baby Jesus when they were escaping to Egypt when King Herod ordered all the new-born babies in the region to be killed. The other says that, even today, the willow weeps because one of its branches was used to strike blows to Jesus Christ.

Trees harbour secrets, old stories, remaining firmly in the ground and in the imagination, even after having disappeared. Timeless witnesses of wars and new eras, but also of miracles. It was on the top of a willow, in Fátima, that Our Lady appeared to the three little shepherds. They were present at the beginning of the world: the tree of the Knowledge of Good and Evil was the doom of Adam and Eve. In the same Garden of Eden another tree was planted: the Tree of Life. In the beginning, and it seems, in the end, trees will remain. 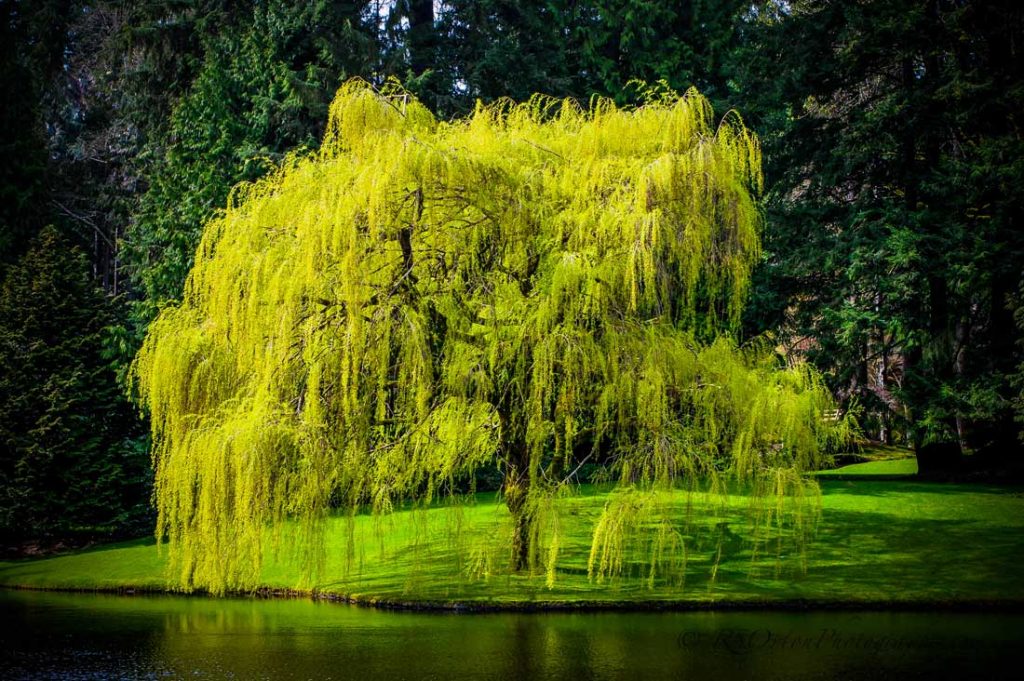 The willow is also known as a weeping willow, as its branches bend towards the floor, like huge tears.

Trees harbour secrets, old stories, remaining firmly in the ground and in the imagination, even after having disappeared

THE LAST ECHO OF FREEDOM

The phrase was written in the annex of a warehouse at number 263 Prinsengracht, in Amsterdam, where there was a chestnut tree which was Anne Frank’s only link to the world. In her diary, the Jewish adolescent who hid from the Nazis during the Second World War used to look at the chestnut tree from the only window that had not been covered up and the tree was the only reference that Anne had to understand how the seasons passed. “How could I know what it meant to Anne to only see a tiny piece of blue sky… And how that chestnut tree was so important to her”, the adolescent’s father would say, many years later.

Anne Frank would end up dying of typhus in 1945, while still in the concentration camp. She was just 15. Her tree, the chestnut, which kept her clear-headed during her hiding, also became sick. Already weak, it would finally fall during a violent storm in 2010. Anne Frank made it immortal. There are trees that never disappear – that’s their magic.

“Our chestnut tree is in full bloom. It’s covered in leaves and is even more beautiful than last year” 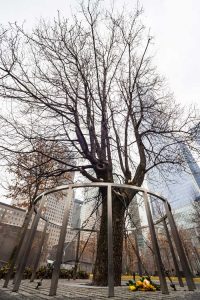 This tree was the last living being to be removed from the mound of metal that remained from the WTC.

After 9/11, once the searches were over, the last living being to be removed from the mound of metal that remained from the World Trade Center, was a pear tree (picture above).

The tree was crushed on one side, but healed and was planted in the memorial building, turned towards the visitors: “So that they can see the moment in which the world changed”, the architect of that space said. The world did change, but some trees have lived in many more.

Even for those who are sceptical, trees are remembered with emotion. Seven years before his death, José Saramago, the Portuguese Nobel literature prize winner brought an olive tree from Azinhaga (the village where he grew up), and planted it in his home. He travelled with the little tree between his legs, balancing it on the plane, and did everything he could for it to survive in arid and rocky Lanzarote.

Later, the island paid homage to him and “planted” a five-metre high steel olive tree, dedicated to Saramago. In fact, his ashes were also deposited next to an olive tree that came from Azinhaga, and to a marble garden bench, in Lisbon.

SURVIVORS OF THE ICE AGE

It’s called Pando or the trembling giant and it’s a huge wood of trees of the Populus tremuloides (aspen) species. It is in the Fishlake National Park, in the Wasatch Mountains, in Utah, U.S.A. and is known as a clone forest, a colony that sprung from a single aspen 80,000 years ago. It is believed that it all started from a seed that was established and from which the first aspen appeared.

That then started to gain roots, commencing a process which has not yet been interrupted. Trees that grow from the same root structure are genetically identical and remain connected through their huge root system, so reproduction never seems to end. The Pando Aspen Grove is considered to be the oldest living organism: the trees are so old that they survived an ice age. 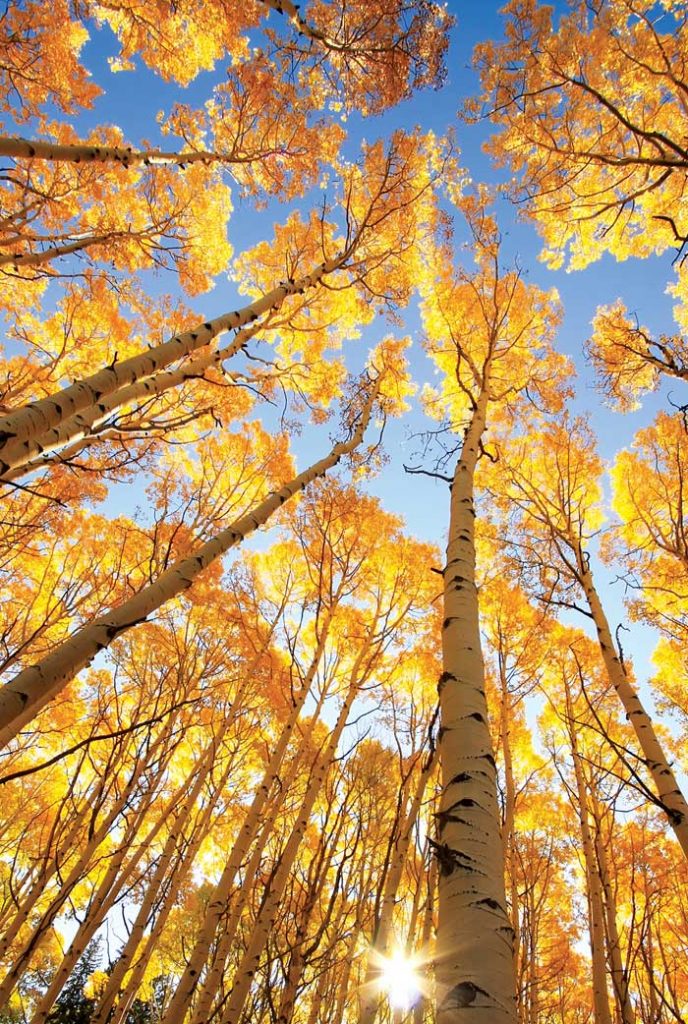 THE SHADOW OF THE WARRIORS

Bartholomew is the Polish name for a yew was once thought to be over 1200 years old (in 2016 new calculation methods said that it couldn’t be more than 600 years old). However, we will never know the actual age of this tree, which became known as Bartek and is the main character in many stories. Its crown measures more than 40 metres and King Casimir III (1310-1370) even set up court under the vast shadow of this yew.

It was also under Bartek that King Jan III Sobieski rested on his return from the Battle of Vienna, in 1863. Legend tells us that this king kept a Turkish sabre and a bottle of wine within the tree’s trunk, in order to commemorate his victory. 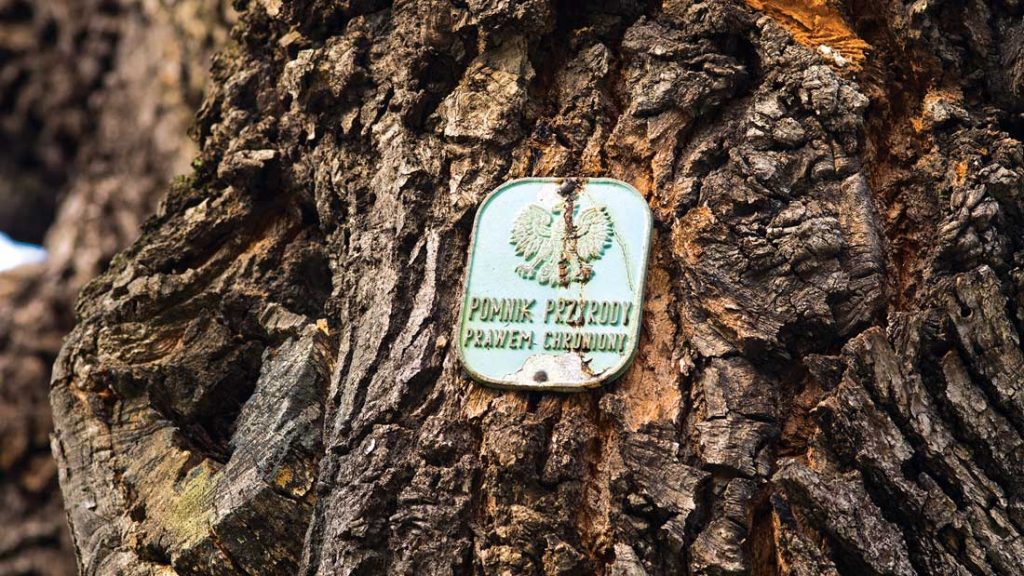 Bartholomew is not a vulgar yew: legend says that it was under its branches that King Jan III Sobiesky rested from the Battle of Vienna, in 1863.

There are over 60,000 species of trees in the world

THE “CROOKED FOREST” IN POLAND

This is a strange and mysterious forest. In the western part of the county, close to the city of Gryfino, there is a group of 400 pines which grow in a 90-degree curve. The “Crooked Forest” has been the subject of numerous theories about what could have caused the trees to grow in such a bizarre way.

Scientists have been intrigued with this mystery and the latest theory is that during the 1930s, local farmers planted the trees and manipulated their growth to be able to use them for furniture or shipbuilding. The invasion of Poland during the Second World War must have interrupted that activity, preventing the work from being concluded and leaving the strange forest intact. 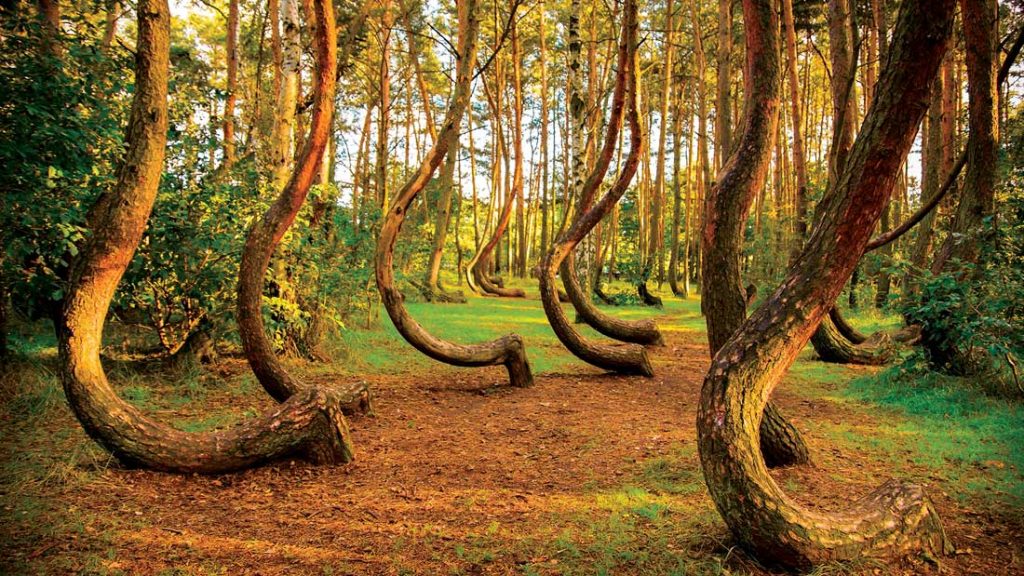 The unusual shape still intrigues the scientists: situated near the town of Gryfino, in Poland, the “Crooked Forest” is a cluster of pine trees that grows with a curve of 90 degrees.

Methuselah is the name of a 4848 year-old pine tree, and it inherited its name from the place where it took root: the Methuselah Valley, in Nevada. Officially, it is the oldest tree in the world, or it was, until another ancient pine was discovered in 2016, which is around 5000 years old.

The location of Methuselah and its older brother – which hasn’t been given a name, is completely secret, so that these trees will not be vandalised. Tourists can visit the place where the two pine trees have lived for five thousand years, but they will have to guess which ones are the oldest trees in the world. 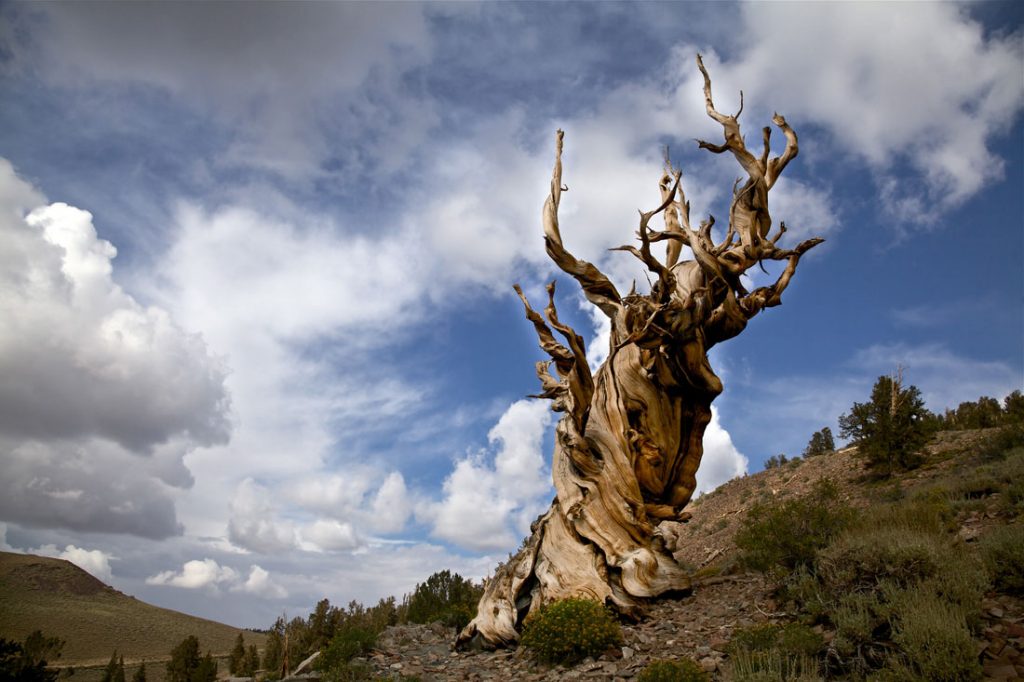 A pine tree with more than 4 thousand years? Yes, it exists, but the location is secret. We only known that the roots are buried in the Methuselah Valley, in USA.

THE LARGEST PALM TREES IN THE WORLD ARE IN COLOMBIA

Close to the small mountainous city of Salento, in the centre of Colombia, there is a valley called Cocora, famous for the huge palm trees that grow there. Also called the Quinton wax palm, the tree can reach a height of 60 metres.

They are known as the national tree of Colombia but also for being the tallest palm trees in the world. Despite not reaching the antiquity of other trees, they have existed at least since the 19th century, and only grow at great altitudes. No-one has yet been able to explain why these palm trees grow so much that they seem to want to pierce the skies. But it’s a magnificent sight to see. 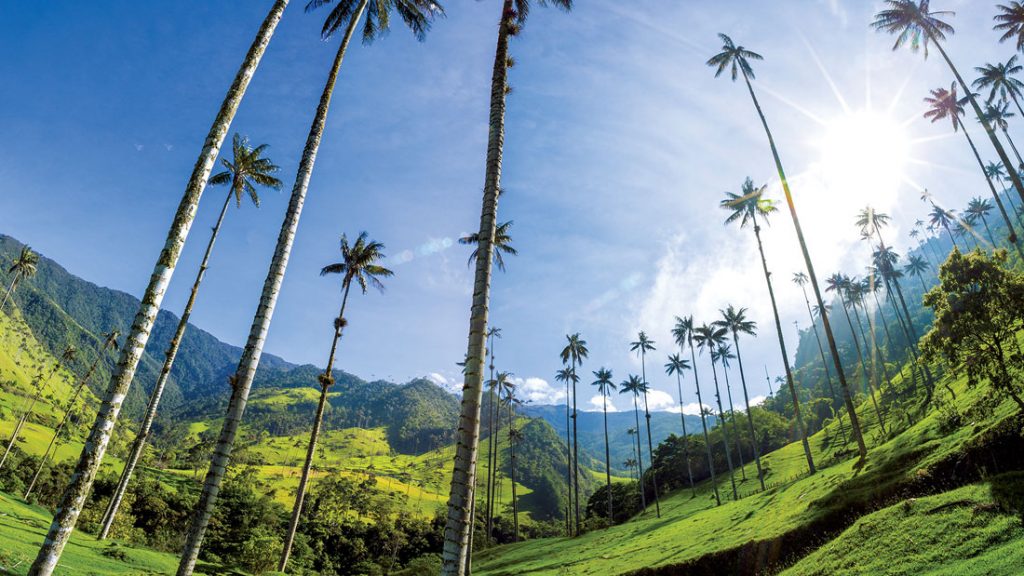 They are the tallest palm trees in the world and can reach 60 meters, but there is no scientific explanation for their size. They grow in the Cocora Valley, on the Colombian slopes of Salento.