07 Jul Latin America to the World

Latin America to the World

Founded almost 100 years ago, the Colombian flag carrier is the oldest airline in the Americas. 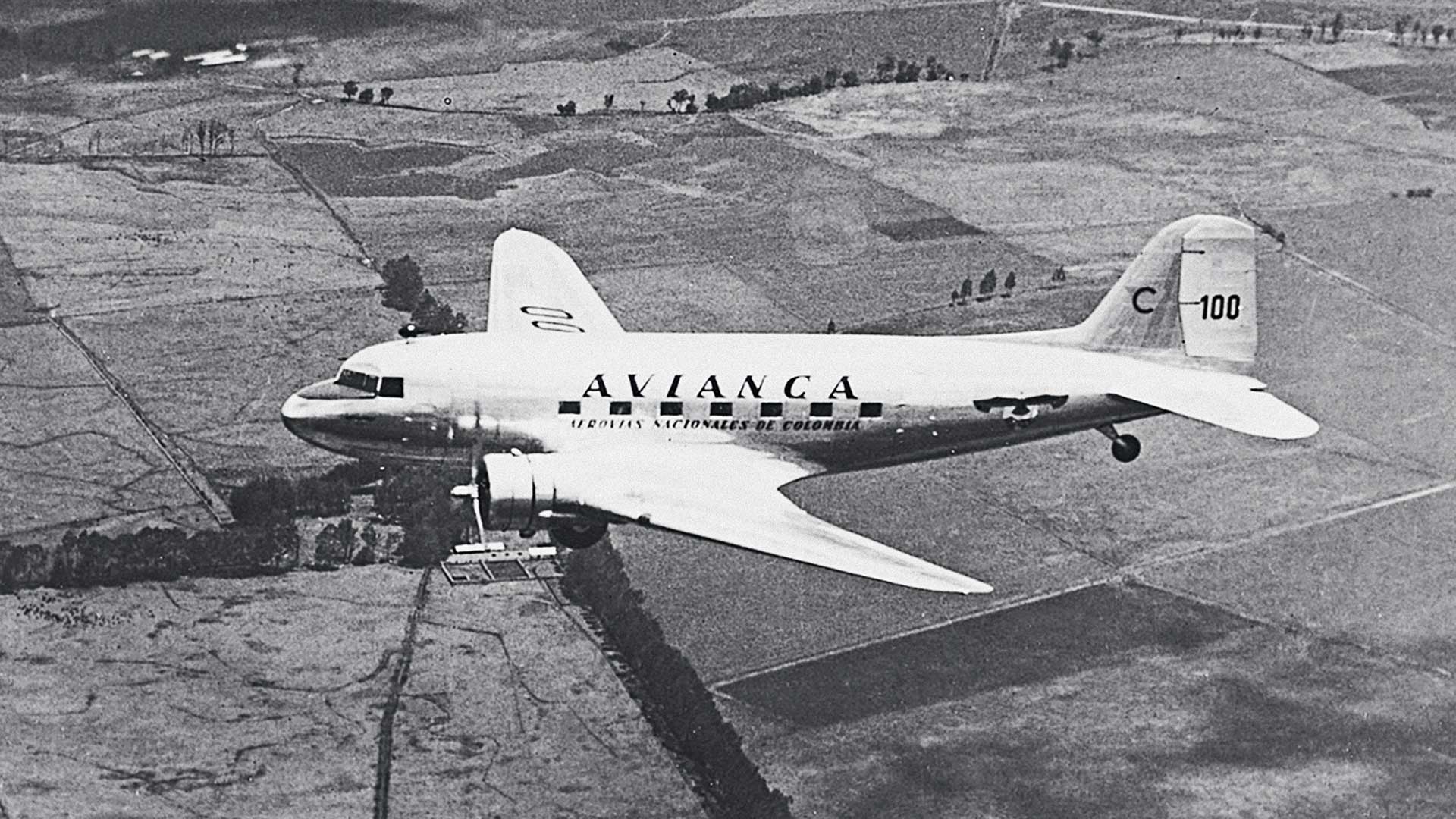 ALMOST ONE HUNDRED YEARS OF CONNECTIONS

Talking about aviation is a commotion in itself. To touch upon it is to explore man’s desire to open his wings and fly. It is a universe that is filled with complexity and perfection. Complex due to the numerous relentless external factors that influence air operations; and perfect due to the need to synchronise hundreds of hands and efforts that enable flights to take off and land.

Telling its story involves delving into the appearance of the first airline in the Americas, founded on 5th December 1919, in Barranquilla, a lively port in the Colombian Caribbean, where Avianca flew under the name of Scadta (Sociedad Colombo Alemana de Transportes Aéreos). Today, a step away from commemorating its 100th anniversary of continuous operations, it maintains the passion inherited from its founders and the service spirit of the red shawl.

Avianca has played the lead role in some of the best moments in the history of Colombia and Latin America through hundreds of miles of flights and millions of passengers transported throughout the region and the world, over the course of almost ten decades. And its wings have also driven the development of this land; Latin Americans and foreigners have been witnesses to its expansion to new skies, thanks to other airlines joining its operations, which have brought talent and experience, consolidating the leading airline of today. 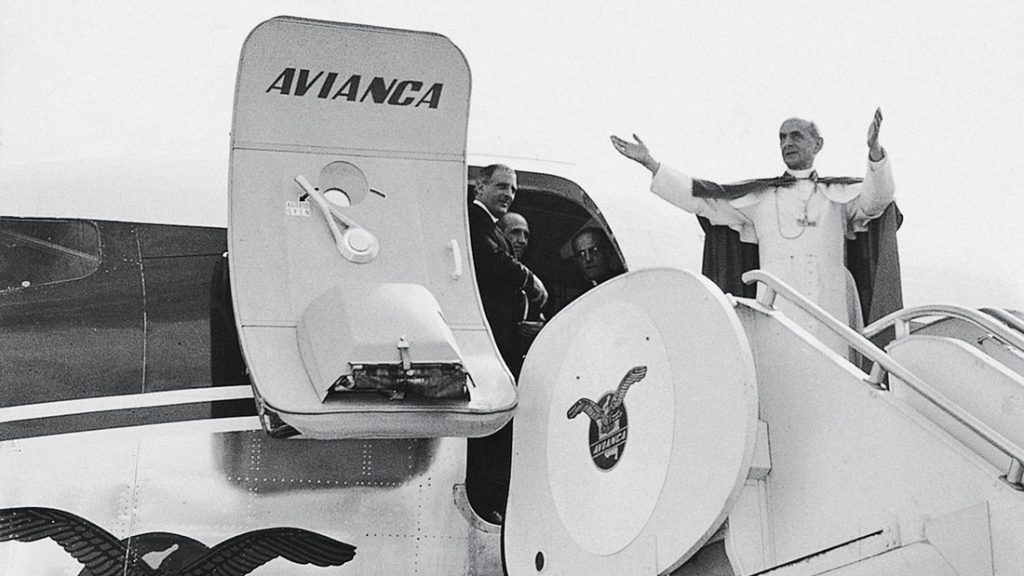 Paul VI was the first Pope to visit Colombia, and did it so on a Rome-Bogotá route.

Although its development saw setbacks of a financial nature, Avianca did not stop operating and was able to rise from the ashes like the phoenix. The last important milestone in its history dates back to 2004, when German Efromovich, the owner of Synergy Group, took the driving seat and gave it a make-over by renewing its fleet, offering new routes and consolidating the trust of its employees and other stakeholders. Today, Avianca is a multi-Latin American company whose history is renewed with each flight. From its hubs in Bogotá, Lima and San Salvador, it connects Latin Americans to the world through its 6 thousand weekly flights and a fleet comprising more than 180 latest generation aircraft.

This enables it to accompany the 30 million passengers who choose its services every year to connect to 107 destinations located in 28 countries in America and Europe. Avianca has won a place in the hearts of its passengers thanks to the work of more than 21 thousand professional men and women who strive to deliver an exceptional service, day after day. A never-ending passion that has made it a pioneer of aviation processes and services, around 40 types of aircraft having already been part of its fleet. As such, it crosses borders, links regions and fulfils the dreams of millions of people.

Equally, Avianca is celebrating its first lustrum in Star Alliance, the most important worldwide network, which it joined in 2012, putting a multitude of benefits and servvices at the reach of its passengers, including the offer of more than 18 thousand flights a day to 1,300 destinations in 190 countries.

Its path, in technical terms, has enabled it to put into operation the aeronautical maintenance centre, MRO, the most modern in Latin America, which together with its Centre for Operational Excellence in Bogotá, places Avianca at the vanguard of technology and innovation and positions it as a benchmark in international aviation.

The airline complements its technical quality with the consolidation of its service culture and the innovation of its processes in order to stay in line with the needs of today’s traveller; in fact it was recently acknowledged by passengers as the best airline company in Latin America (TripAdvisor) and launched Carla, the first virtual flight attendant for travel procedures in the region.

That’s what Avianca is like today – a company that is well aware of the challenges it faces to become a world class airline; and with that belief it will very soon celebrate 100 years of take-offs and landings, of welcomes aboard, of providing encounters; but above all of making the human desire to fly, a reality. 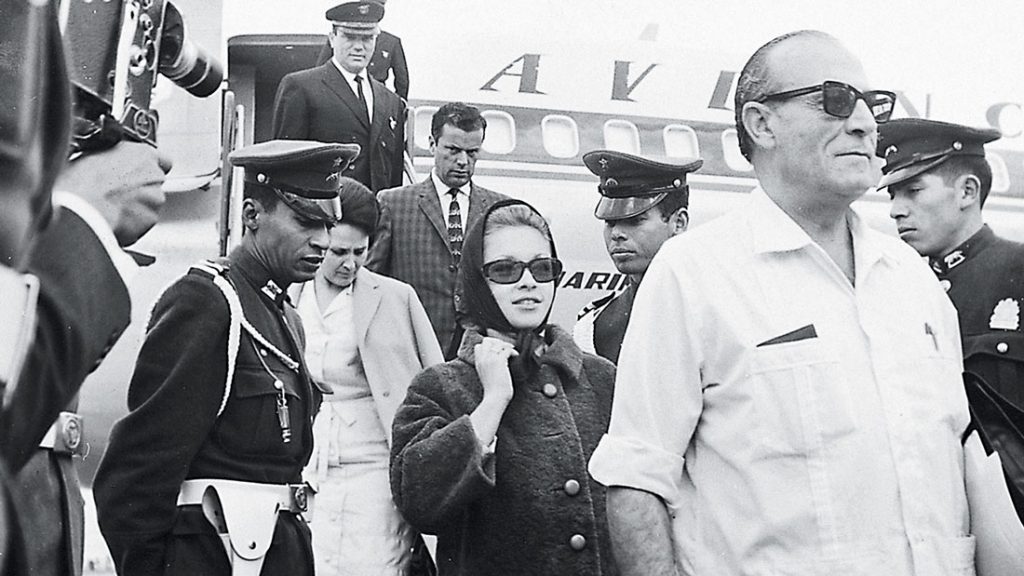 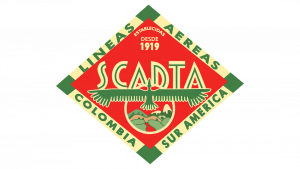 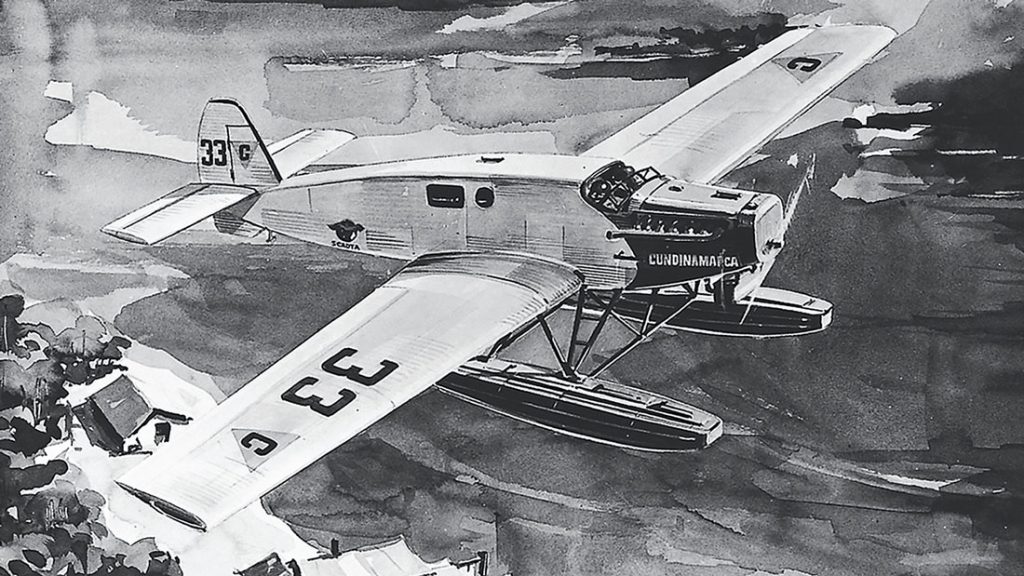 SCADTA opened Colombia’s skies to the world with the first international flights, which included destinations to Venezuela and the United States. It operated using DC-3 or Boeing 247 aircraft.

On June 14, in Barranquilla, the deed of incorporation of Avianca was signed thanks to the merger of SCADTA and SACO (Colombian Air Service). The first logo of the company featured the Colombian flag colors. 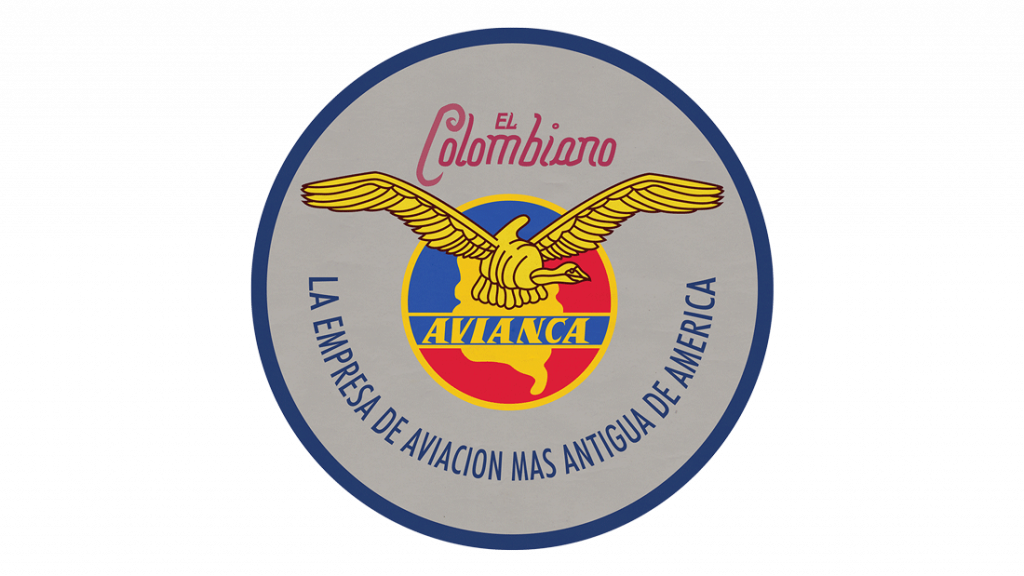 The Douglas DC4 was the plane entrusted to take the Colombian delegation to the Olympic Games. It involved 61 hours of continuous operation, with stop-overs only to refuel the aircraft. For a long time, this flight was considered to be the greatest accomplishment in Colombian aviation. 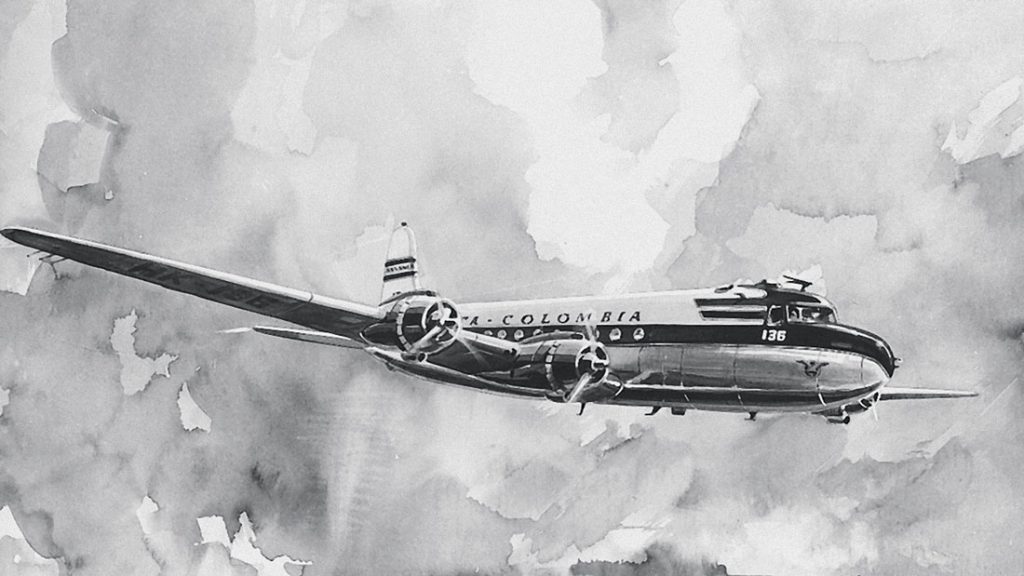 Avianca was the first airline in Latin America to operate and fly the emblematic Jumbo 747. 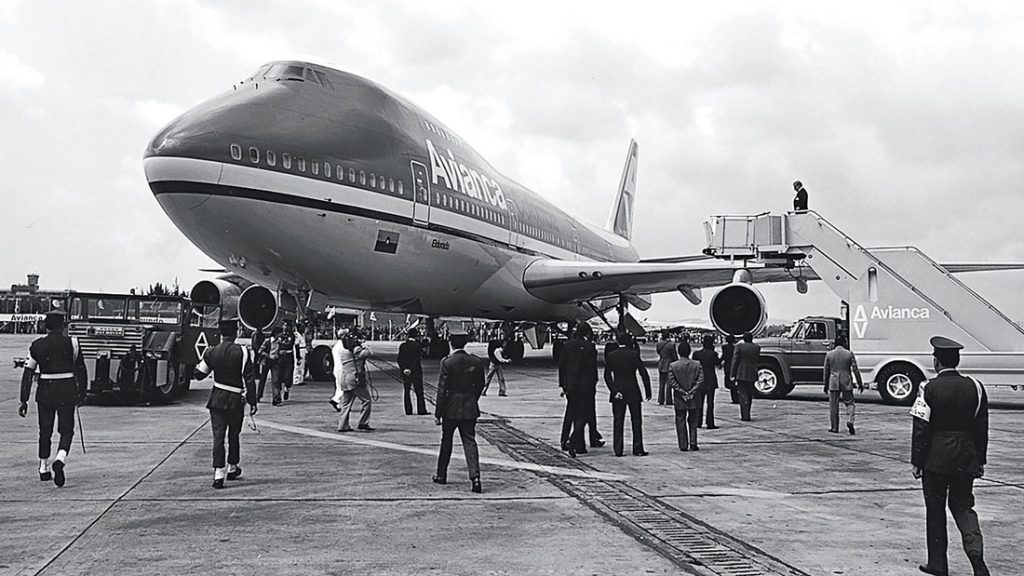 Avianca acquires some Boeing 767s, the most modern aircraft in the world at that time.

A new business unit is set up, Avianca Services, specialised in airport services, engineering, maintenance and hospitality for organisations from the sector. 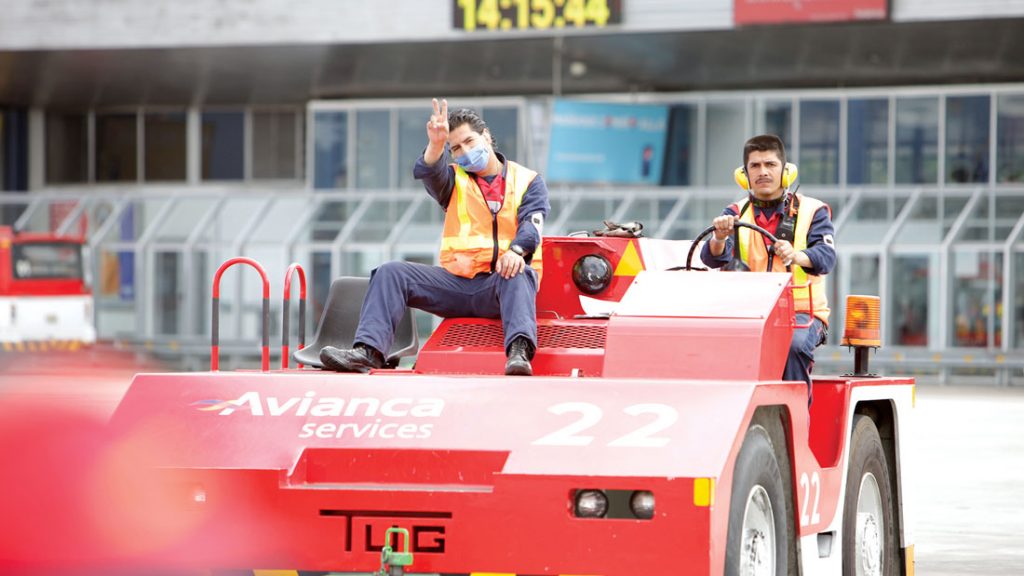 German Efromovich, owner of the Synergy Group, joins as the company’s main shareholder to kick-start a new era.

The merger is sealed between Avianca and TACA International, so that the company reaches 100 destinations and consolidates its leadership in Latin America.

Creation of the LifeMiles’s program, currently with 7 million members. 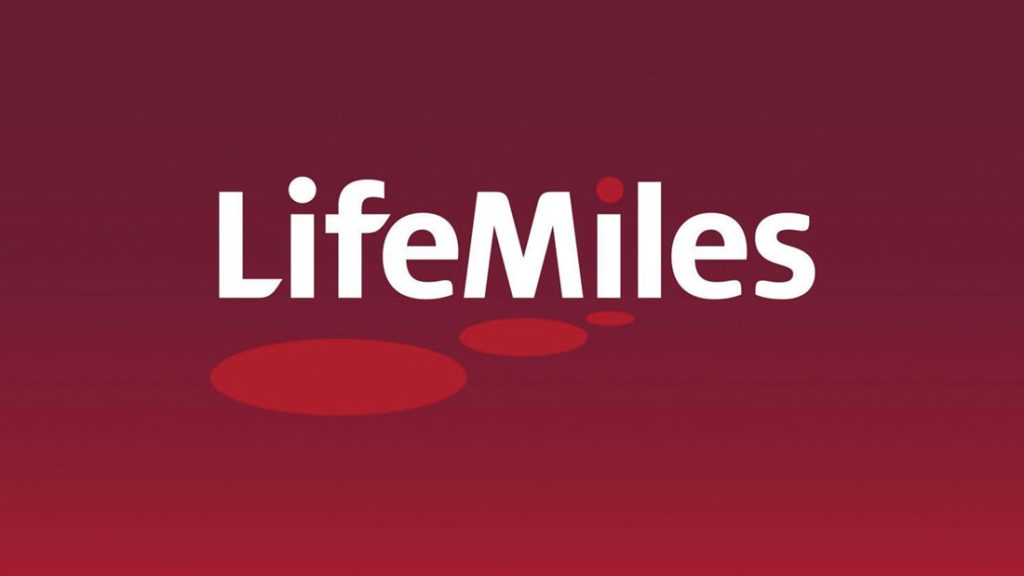 The Boeing 787 Dreamliner officially joins the company’s fleet. Through this, Avianca consolidates its fleet as the most modern in America.

The Red Ruana nowadays. This is how the Avianca crew looks. 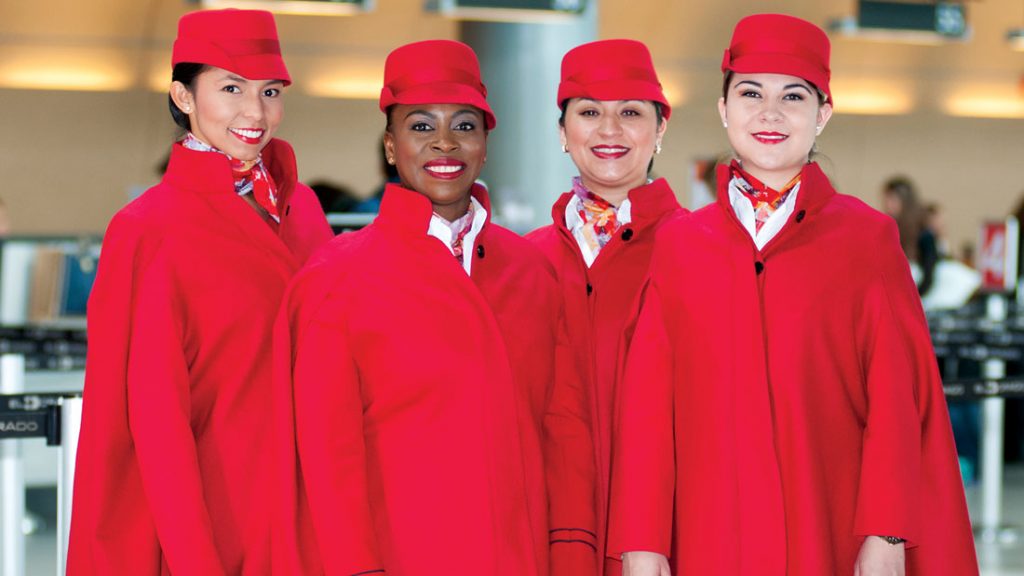 225 years of Jerónimo Martins
Eating through the Ages
Active Ageing
Colombian Cuisine in the past, present and future
The Post-Conflict: Challenges and opportunities for Colombia