The beginning of the Braganza dynasty, which moved the court to Lisbon upon the ascension to the throne in 1640, brought new eating habits and ways of presenting food. 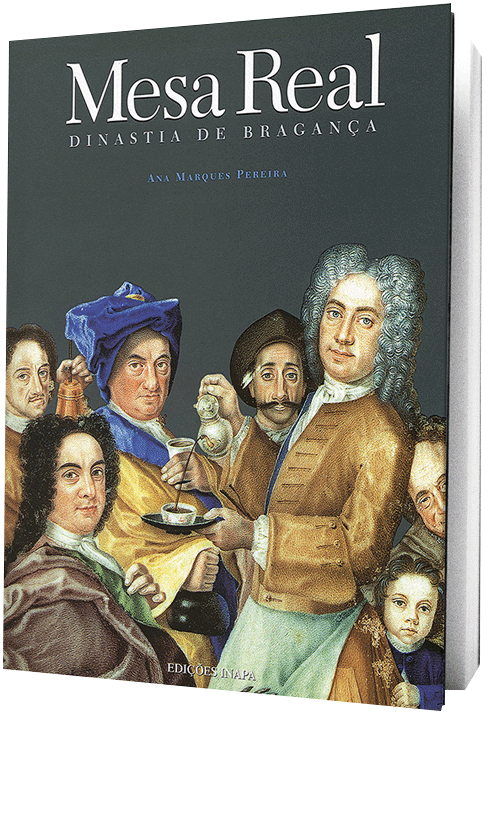 As the first publication – a luxurious edition – had been out of stock for a number of years, a new, more accessible one has been launched, adapted to current times and targeted at a wide audience. In Mesa Real: Dinastia de Bragança, Ana Marques Pereira takes us to Vila Viçosa and the marriage of the Duke of Braganza, the future King John IV, to D. Luísa de Gusmão, which filled the palace halls for a sumptuous, commemorative banquet. The beginning of the Braganza dynasty, which moved the court to Lisbon upon the ascension to the throne in 1640, brought new eating habits and ways of presenting food.

After carrying out a refined and very thorough search through various personal archives and in libraries, the author presents us with a work that delights us with curiosities, such as D. Carlos’ dedication to the pleasures of food, the proliferation of mustard throughout almost all the meals, or the fact that vegetables were looked down upon as food of the common people. The journey she takes us on is widely illustrated with paintings, tiles, engravings, royal menus, images of large platters, and porcelain and glass objects.

The narrative finishes with the end of the monarchy and the arrival of the First Republic, the last public act of King Manuel being a banquet in honour of the Brazilian President of the Republic who was coming to visit the country. A few days beforehand, there was a revolution on the street and the royal family left for exile. As the mark of a never formalised formal dinner, only the menu remains, already printed, for a banquet that never left the drawing board.