Italian writer Umberto Eco, reflects on the various transformations the concept of Beauty has undergone since Ancient Greece up to the Modern Age. 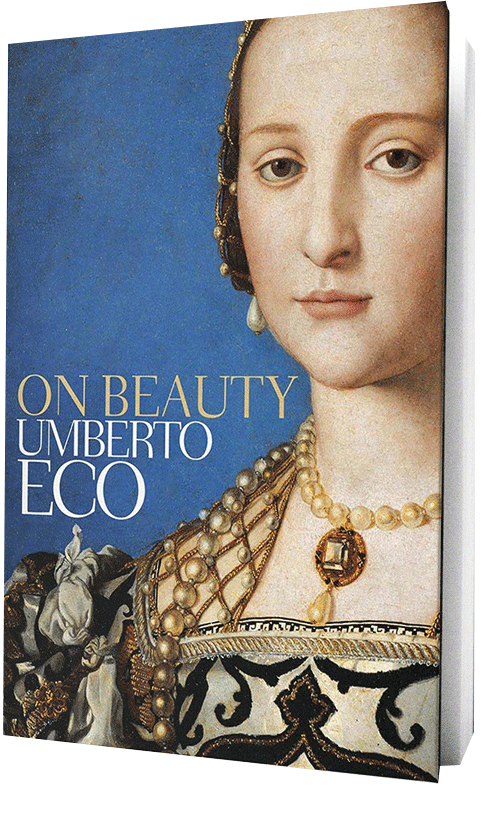 Based on the assumption that Beauty has never been absolute or immutable, but rather has taken on different forms in accordance with the era and region, Italian writer Umberto Eco, reflects on the various transformations the concept of Beauty has undergone since Ancient Greece up to the Modern Age, and also addresses the mechanisms that have determined the different trends over the ages.

Illustrated with over 600 timeless masterpieces, “On Beauty: A History of Western Idea” also includes a vast anthology of texts, in particular by philosophers such as Pythagoras. It was first published in 2004 and translated into dozens of languages. It is not exactly a history of art, but rather a book which conducts a multidisciplinary analysis that includes not only visual arts, architecture and design, but also music, literature, poetry, and dance, and addresses works and artistic manifestations ranging from the “Venus of Willendorf” and Caravaggio’s “Saint John the Baptist” to Andy Warhol’s “Marilyn” and the Beatles. A must-read.

From the Earth
Mesa Real: Dinastia de Bragança
Port and the Douro
The End of Absence
The 100-year life