Mira d’Aire, Smocza Jama and Cueva del Esplendor. Join us in a journey to some of the most famous caves in Portugal, Poland and Colombia. 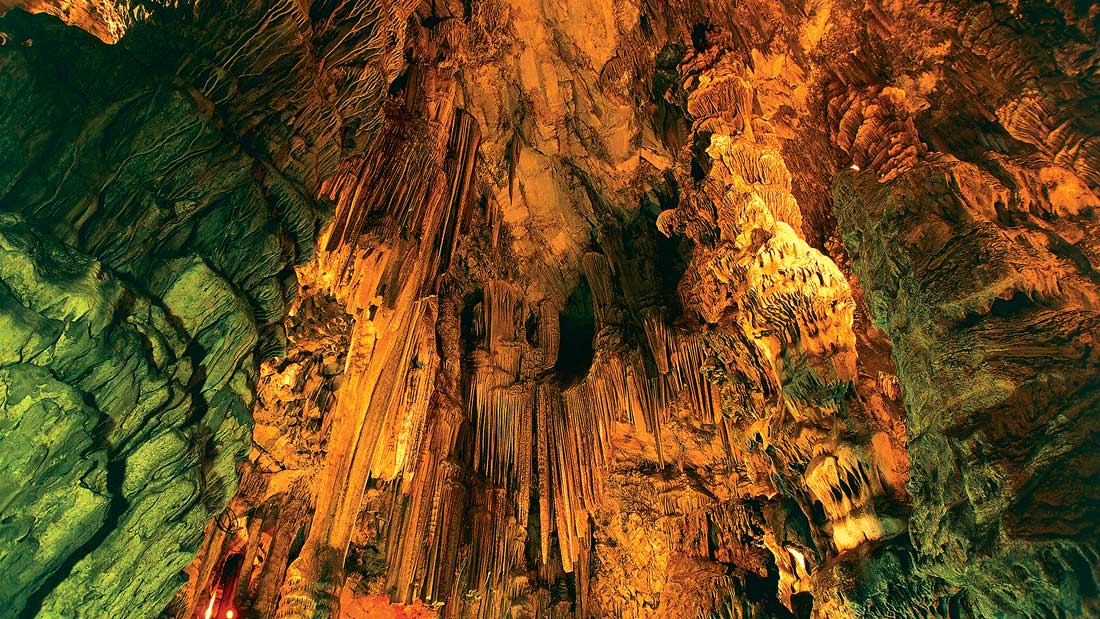 The role caves have played in the history of mankind is undeniable as they stand as a testament of time passed. Primitive peoples made use of caves, which can be gleamed from evidence of its use as shelter and even as canvas for parietal art – cave paintings. They have been seen as a gate to the underworld or inhabited by supernatural beings. They are often sites of hidden gems or of trickery and danger, metaphors for protection or imprisonment (see Plato’s Cave allegory or “The Marriage of Heaven and Hell” by William Blake).

The truth is that even today, the magic and mysticism of the caves continue to fascinate us all, which transports us to a world that is both frightening and breathtaking. Scientifically, caves are described as natural underground cavities that are large enough for a person to enter and vary in size, ranging from a few meters to several kilometers. They can form vertically or horizontally, very simple or very complex, with a remarkable number of chambers, galleries, tunnels and passages.

Caves can both be formed from lava tubes or inside glaciers

Caves are formed in all types of rock – through speleogenesis – although they are most commonly formed in limestone, a sedimentary rock, forming the most stunning caves, with an array of colors and formations. Caves can also be formed from lava tubes and vertical shafts, inside glaciers, resulting from flowing water in their interior, making them more unstable and with a shorter lifespan; in reefs and cliffs, as a result, in this case, of unrelenting waves that form cavities in the rocks.

The science that studies caverns and caves is known as speleology, of which Edouard Alfred Martel (1859-1938) can be considered the father of modern iteration. The term is derived from the Greek words “spelaion” (cave) and “logos” (study). The field encompasses several areas of scientific knowledge, namely geology, biology, archaeology, geography, climatology and topography.

On 27 July 1947, a group of Mira de Aire residents, in the municipality of Porto de Mós, district of Leiria, descended into a small gallery in the area. After a few metres, they realised that before them lay what appeared to be an abyss. On that day, they returned to the surface baffled by the vast dark space. They returned a few days later with more equipment, including ropes, and descended into the first chamber, where stalactites hung from the ceiling. News of the discovery soon reached Lisbon. Speleologists from around the globe flocked to the caves, eager to discover this new underground world.

It was only opened to the public, however, on 11 August 1974. Formed more than 150 million years ago, the caves today are considered the largest tourist caves in Portugal, and span 11 kilometres, 600 metres of which can be visited by tourists. In 2010, they were voted one of the Seven Natural Wonders of Portugal.

The caves have already been visited by over six million visitors in total, including 15% national and international field trips, according to the official website. They are located in the Natural Park of the Aire and Candeeiros Mountain Range, in the heart of the Estremadura limestone massif [Maciço Calcário Estremenho], and comprise the Moinhos Velhos Cave, Pena Cave and Contenda Cave. Its complex underground network continues to attract dozens of experts every year, who travel to Mira de Aire to conduct new research and make new discoveries. 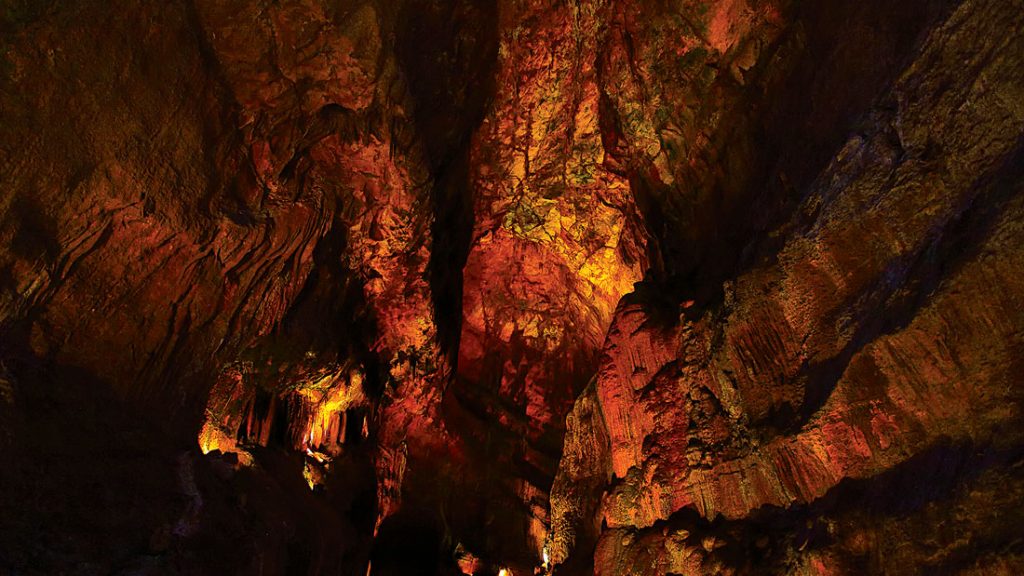 Formed over 150 million years ago, the Mira de Aire Caves are considered the largest tourist caves in Portugal and span 11 kilometres. In 2010, they were voted one of the Seven Natural Wonders of Portugal.

The name says it all: La Cueva del Esplendor. Regarded as one of the most fascinating natural phenomena in Colombia, this cave is located in the city of Jardín, in the Antioquia region, in the North-West region of the country, and is visited by thousands of tourists every year. The main attraction is the 10-metre waterfall inside the cave flowing from a hole at the top of the cave.

Although the water reaches very low temperatures, there are those who dare to go for a swim. At 2200 metres high and located in an area that offers a wide variety of fauna and flora, it is very popular amongst hiking enthusiasts. Visitors can only reach the cave by foot or on horseback. In addition to tourists and other visitors, La Cueva del Esplendor is often visited by experts and biologists who travel there to conduct research. 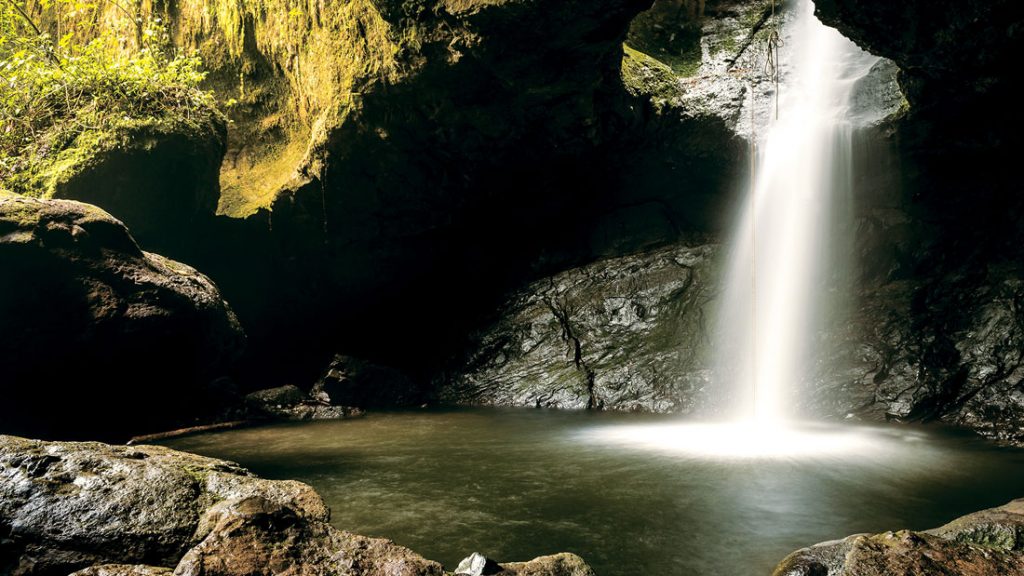 La Cueva del Esplendor is considered one of the most fascinating natural phenomena in Colombia. Every year, thousands of tourists flock to the cave, curious to see the famous 10-metre waterfall inside the cave, which gushes from a hole at the top of the cave.

Legend has it that this cave was home to a dragon in the 7th century, who made villagers and animals disappear, by devouring them. One day, the king, King Krak (after whom the city of Krakow is named), wishing to end the savagery, placed a bounty on the dragon’s head. Whomever managed to slay the dragon, could marry his daughter, Princess Wanda, and inherit half his kingdom. It was a poor shoemaker’s apprentice who lived in the region who vanquished the dragon using a clever trick that involved a sheep stuffed with sulphur and tar, which led to the beast’s death and then to him being justly rewarded by the prince.

The legend (which has several versions) explains the cave’s name – Smocza Jama (Dragon’s Den) – which is located in the centre of the Polish city of Krakow, under the Wawel Hill Castle complex. Next to the underground cavity is a statue of that which is known as the Wawel Dragon, sculpted in 1972 by Polish painter and sculptor Bronisław Chromy, and which keeps the centuries-old story alive.

Considered one of Poland’s most popular caves, Smocza Jama spans approximately 270 metres – of which only 81 metres can be explored by visitors – and has a vertical range of 15 metres. The entrance to the cave is in Wawel Hill Castle. During the tour, visitors get a glimpse of small lakes inhabited by very rare marine species. 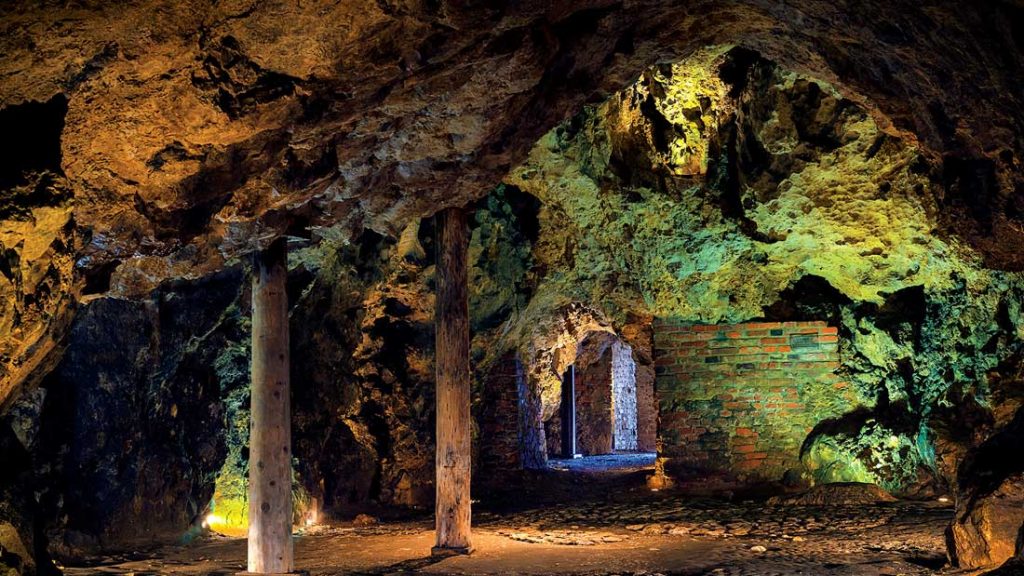 Inhabited in the 7th century by a dragon, according to legend, Smocza Jama is considered Poland’s most popular cave. It is located in the centre of the Polish city of Krakow, under the Wawel Hill Castle complex.