Director of the Jesuit Refugee Service (JRS) in Portugal 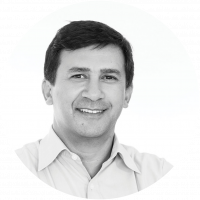 André Costa Jorge, who holds a degree in Anthropology, is the General Director of the Jesuit Refugee Service (JRS) in Portugal since 2008. Since 2013, he is also a member of the Direction and of the Council of JRS Europe. Besides, André Costa Jorge is currently is a member of the Diversity and Citizenship City Council (CMIC) of the Lisbon Municipality and the Coordinator of the Portuguese Refugee Support Platform (PAR). Between 2008 and 2014, he was a member of the Consultative Council for Immigration Affairs (COCAI).