02 Jan Around the Wheel

With ingenious simplicity, the ground-breaking invention of the wheel led the way to new technologies in transportation, modern-day machinery and all sorts of amazing tools. But actually, where and when was the wheel first invented? 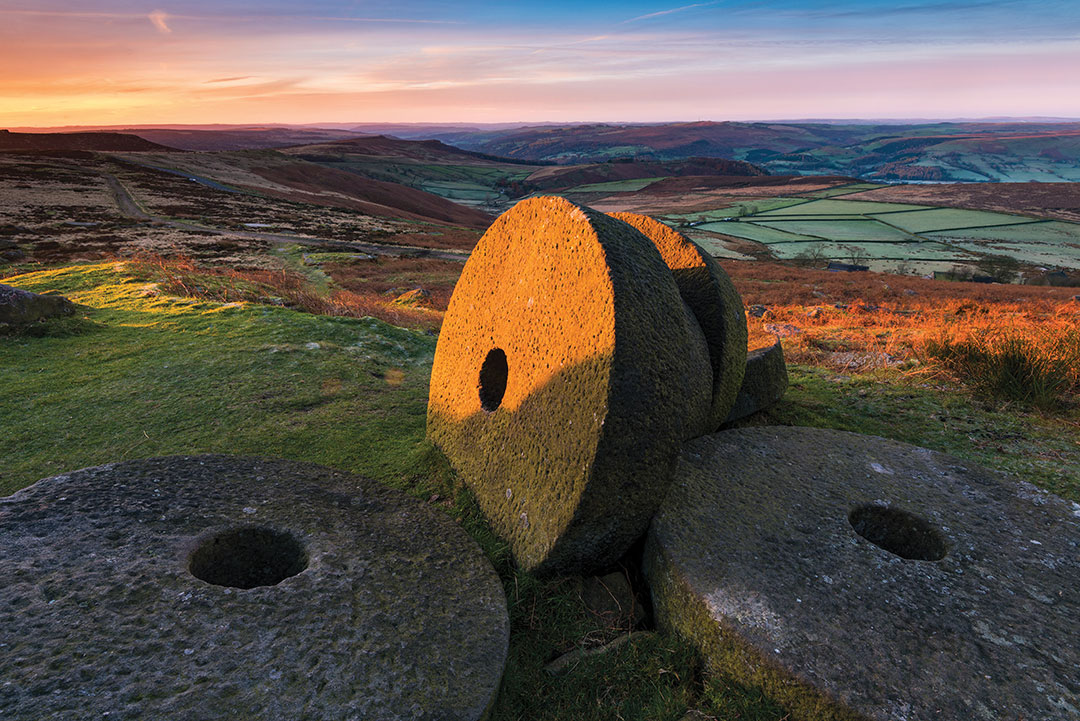 The wheel is undoubtedly one of the most fundamental inventions we use in our daily lives. Invented sometime between 4,500 and 3,300 B.C.E., during the transition between the Neolithic and the Bronze Age, the oldest wheel found in archaeological excavations was discovered in what was Mesopotamia and it is believed to be over 5,500 years old.

However, and after six millenniums, the mystery of which culture originally invented the wheeled vehicle itself remains unsolved, as evidences of wheeled transportation vehicles from the mid-4th millennium B.C.E. appeared both in Mesopotamia (modern Iraq) and Central Europe. One thing is for sure: the Bronocice Pot, in Poland, contains the earliest well-dated representation of a wheeled vehicle discovered so far.

Preserved in the Archaeological Museum in Kraków, the Bronocice Pot is a ceramic vase of the Funnelbeaker culture which was discovered in 1974-1976 in Bronocice, a large Neolithic settlement by the Nidzica River – 50 Km north-east of Kraków, southern Poland – during an archaeological excavation. Dated, by the radiocarbon method, somewhere between 3,635 and 3,370 B.C.E., it is the earliest well-dated drawing of a wheeled vehicle – thus its contribution to our common history of the wheel. Images of the Bronocice Pot include a rudimentary representation of what seems to be a wagon.

The Bronocice Pot, in Poland, is the earliest well-dated drawing of a wheeled vehicle.

There is a vehicle with a shaft for a draught animal and four wheels, the lines connecting them probably represent axles. There is a fifth circle, in the middle, which possibly symbolizes a container for the harvest or a drawing of the sun. What these images suggest is the existence of small wagons or carts, likely drawn by cattle, used in Central Europe as early as in the 4th millennium B.C.E. Based on this discovery, some researchers point out that Indo- European languages possessed inherited vocabulary related to wheeled vehicles, thus providing new research information about the origin of wheeled transport.

FROM MILLING TO DRIVING

However, this creation wasn’t always used for locomotion. In fact, attaching a wheel to a cart only came about 300 years after its invention, with the initial wheels, constructed out of stone, made for the purpose of milling. The invention on its own, while promising, is not very useful. Much like a doughnut, its most important feature is the hole in the centre. If it wasn’t suitable for attaching a stable platform by using an axle, the wheel would be nothing but a cylinder rolling on its edge, so it was the combination of the wheel and axle that made possible the existence of early forms of transportation, such as wagons, carts and chariots, which became more sophisticated over time with the development of other technologies.

The initial wheels, constructed out of stone, were made for the purpose of milling.

Later, the wheel gave rise to a number of other spinning applications: from transportation to the wheelbarrow, modern watermills, gyroscope, modern-day machinery, and almost everything in between, being used to navigate, generate wind and hydroelectric power. The spinning wheel is another example of how the wheel can be applied. This device, invented in India over 2,500 years ago, was used to spin thread from natural fibres such as cotton and wool.

The wheel is widely credited as mankind’s greatest invention. Many were the ‘Wheels’ that, throughout history, by having a fundamental impact in the way we lived (and still live today), proved this claim.

The ‘Standard of Ur’ Chariots

The ‘Standard of Ur’ is a wooden box measuring 21.59 centimetres wide by 49.53 centimetres long, ornamented with a mosaic.It comes from the ancient city of Ur in Mesopotamia and it dates approximately 4,600 years old. The lower section of the mosaic shows four chariots drawn by four horses.

By around 1490, in the Renaissance period, the Italian master Leonardo da Vinci created the Vitruvian Man: a drawing rendered in pen, ink and metal point on paper depicting an idealized nude male inscribed within a square and a circle. Ingeniously, Leonardo chose to depict the man with four legs and four arms, allowing him to strike 16 different poses simultaneously. Accompanied by notes based on the work of the Roman architect Vitruvius, the drawing represents the canon of proportions and is often used as an implied symbol of the essential symmetry of the human body, and by extension, the symmetry of the universe as a whole.

Watt steam engine was an early steam engine and one of the driving forces of the Industrial Revolution in Great Britain and the world. James Watt developed the design from 1763 to 1775 with support from Matthew Boulton.

Re-invented in Northern Ireland in 1888, by the Scottish-born inventor and veterinary surgeon John B. Dunlop, the pneumatic rubber tire allowed the wheel to go further, faster and safer. Although first designed as an improvement on the bicycle, the pneumatic tire has made a major contribution to the success of the automobile, developed around the same time.

A crop circle is a pattern created by flattening a crop, usually a cereal. Although obscure natural causes or alien origins of crop circles are suggested by fringe theorists, there is no scientific evidence for such explanations, and all crop circles are man-made.