Is beauty really in the eye of the beholder? The New York-based creative duo Stefan Sagmeister and Jessica Walsh set out a mission to find out what beauty actually is, and how it can impact our lives. 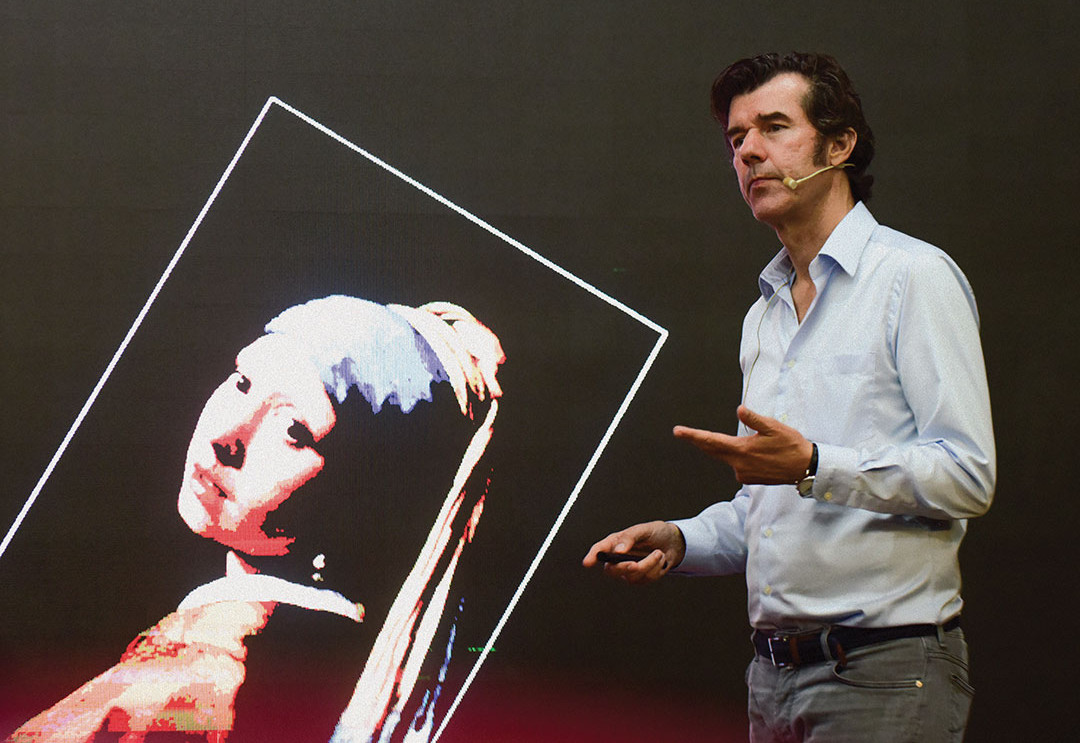 They say beauty is in the eye of the beholder, meaning that what one person finds beautiful, the other one may not. Although the subjectivism of this idea has been around since Ancient Greece, the expression – as it is often quoted – was only coined in the nineteenth-century by Margaret Wolfe Hungerford in her novel “Molly Bawn”, published in 1878. This notion intrigued world-renowned designers Stefan Sagmeister and Jessica Walsh on their extensive quest for the essence of beauty and the transformative power of beautiful design.

For the duo, if everyone used different criteria to define and identify beauty, setting it as a goal for design, architecture and arts would be a fruitless endeavour: “No smart philosopher ever said this. This came out of a 19th century romantic novel, and somehow became this meme that people believe.” As a consequence, Sagmeister and Walsh turned to philosophy, history and science in order to understand how people are drawn to beauty and how it impacts the way they feel and behave, and ultimately, their lives. Facts against fiction. The results are beautifully illustrated in the book “Beauty” (2018).

Having conducted and read a variety of surveys, the main conclusion they came to was that all eyes see beauty when it is truly there. One of them, presented on Instagram, was on shapes, and received more than 4,500 responses from their followers.“In every country I showed circles, triangles, rectangles to people, everywhere, it doesn’t matter if it was in the Far East, or in the African South, or if it was in Latin America, or Northern Europe, the circle won”, tells Stefan Sagmeister. 44% chose the circle as their favourite form, about a third preferred the round wiggle (a serpentine-like shape, resembling a deviation line on a chart) and 12% preferred the rectangle.

Then, shapes were tested as three-dimensional forms, revealing close results, though slightly more pronounced. Half of all participants chose the sphere, and the rectangular volume came in last. “So, basically, among the basic forms, I think Humans like circles the best. My own guess would be… it comes from the centeredness of the Sun and probably because we see circles around things as safe once we can really touch them and not be injured by them as we could from very sharp objects”, discusses the Austrian-born, New York-based designer.

He and Jessica Walsh also ran a survey on colours, correlated with another one conducted by the sociologist Philip Cohen, from the University of Maryland, with a sample of two thousand students. Blue came in first, while brown, on the other hand, was the least popular colour. When asked which shade of blue they liked most, light blue won, gathering 26% of the votes. When challenged to order their shades of brown by preference, the followers identified classic brown as their least favourite, with 7% of the votes only. “Ironically, the brown rectangle has been the most dominant shape in architecture over the last hundred years”, the duo writes in a chapter of “Beauty”, going on saying: “Surely there are practical reasons to design and build using rectangular shapes. But if you look at historic architecture – from almost any culture – the rectangle plays a less significant role, while the more popular shapes selected in our own survey are more dominant.”

The exhibition is a demonstration of the possibilities opened when beauty is treated as a functional element in the design process.

The authors recall that the research conducted in 2011 by Helmut Leder, Professor of Psychology at the University of Vienna, came to confirm people prefer round objects over sharply angled ones. Therefore, they raise the question: did modernism go down the wrong path? As a matter of fact, throughout most of the 20th and the 21st century, the concept of beauty in Design, Architecture and Art was practically abandoned.

The immediate answer seems to be: “(…) it would be difficult and impractical to build perfectly spherical structures.” Then, the example of Edwin Lipburger’s Republic of Kugelmugel, a ball-shaped micronation in the heart of Vienna built in 1971 and mentioned in the book, generates widespread admiration. As Lipburger once stated: “Everything is round. The Earth, life, the ball, everything turns… so why not live in balls? Round is free; it has no beginning or end.”

Precisely in Vienna, Stefan Sagmeister & Jessica Walsh launched their immersive exhibition “Sagmeister & Walsh: Beauty” at the MAK – Museum of Applied Art, in July 2019. With examples from the fields of graphic design, product design, architecture and city planning, they show that beautiful forms do not lack function, but rather, they are function themselves.

Through a wide variety of medium, the exhibition explores the technical definition for beauty as a combination of shape, form, colour and composition that can please the visitors’ aesthetic senses, elicit an emotional reaction and even impact their memory. After Vienna the exhibition was shown at the Museum Angewandte Kunst in Frankfurt.

Why Humans Love Circles
Inescapable Beauty
Botero: The Master of the Round Shape
The Book of Circles
Reduce, Reuse, Recycle, Rethink