04 Jan Egan Bernal: A Condor at the top of the World

Egan Bernal: A Condor at the top of the World

At just 22 years old, Egan Bernal has become the first Colombian to win the Tour de France. More than an individual conquest, it was “a triumph of the whole country.” 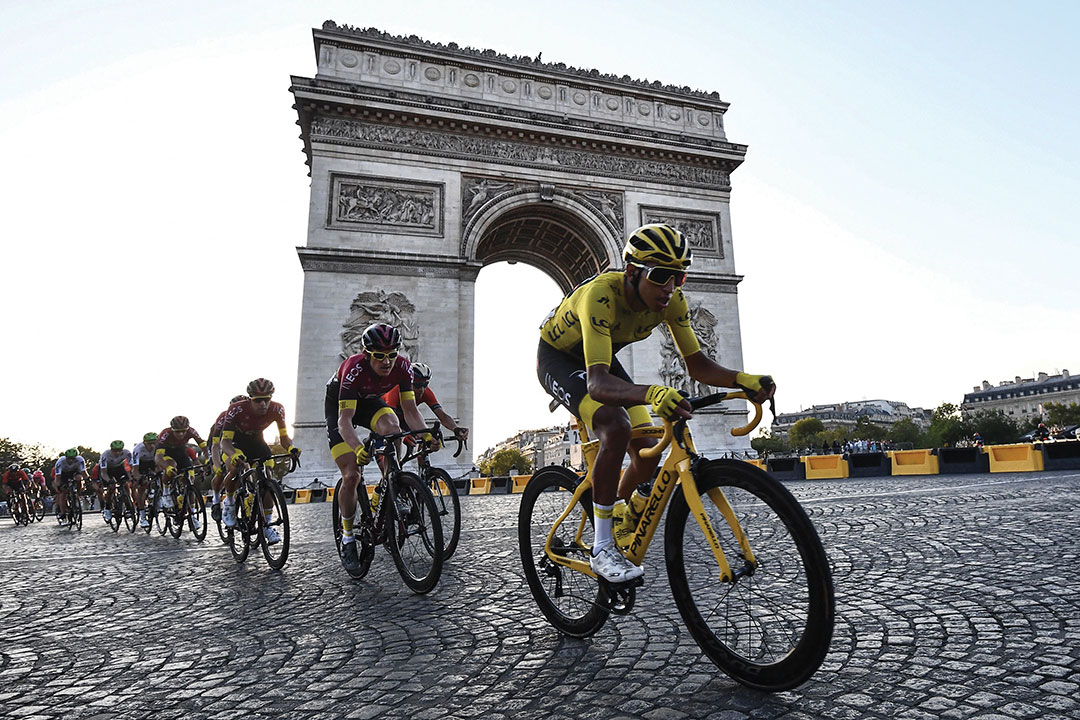 28 July, 2019: a day that will live forever in the heart of all Colombians. Eight days only after Colombia’s National Day, Egan Bernal became the first Colombian (and South American) rider to ever win the Tour de France in its centenary history. If there is any surprise at Bernal’s win, is why it took so long for a Colombian to top the podium. Perpetuating the tradition of great climbers from this country, Egan Bernal left his mark on the Tour de France in the mountains, but unlike his flashy predecessors, he also managed an overall win. At just 22, he is the youngest winner since 1909. Long before Bernal was born, Colombian riders like Luis Herrera and Fabio Parra conquered the hearts of cycling fans with long and spectacular raids in the Tour de France mountains. In spite of their excellence, they never came close to win the race.

More recently Nairo Quintana ended runner-up twice behind Chris Froome (from Great Britain). 2019’s route, the highest in the race history with five summit finishes (including three above 2,000 meters), and only 54 kilometres of time trialling, gave the young champion a golden opportunity. Unlike Bradley Wiggins, Froome and Geraint Thomas – the three other riders who won the Tour for the British team Ineos – Bernal is not a race-against-the-clock specialist. He has built this year’s success on consistent performances in the Pyrenees and a tremendous attack in the Alps after losing ground in the individual time trial. Weighting 60 kilograms, the superlight Bernal thrived in rarefied air, and he delivered his fatal blow in the Col de l’Iseran, the hwighest point of this edition’s Tour at 2,770 meters.

In 2018, as the prodigious young Colombian matched the pace of Geraint Thomas and Chris Froome in his first Tour de France – and left many of its big names behind him in the mountains – the 21-year-old was instantly tipped as a future Tour winner. A year has passed by, and, in his triumph, Egan Bernal went on saying the victory was for his family but also for his home country of Colombia. “This is not only my triumph”, Bernal said. “It’s the triumph of a whole country.”

The Sweet Taste of Colombian Cycling
Love at the first bite: A case of Pizza
Tasting homemade in every bite
Breaking Bread
Delightful Shopping | Circle