23 Dec The Book of Circles

The Book of Circles

A millennia of circular information design compiled by Design Lead at Google, Manuel Lima, into three hundred colourful illustrations. The selection covers an encyclopedic array of subjects, from architecture to physics. 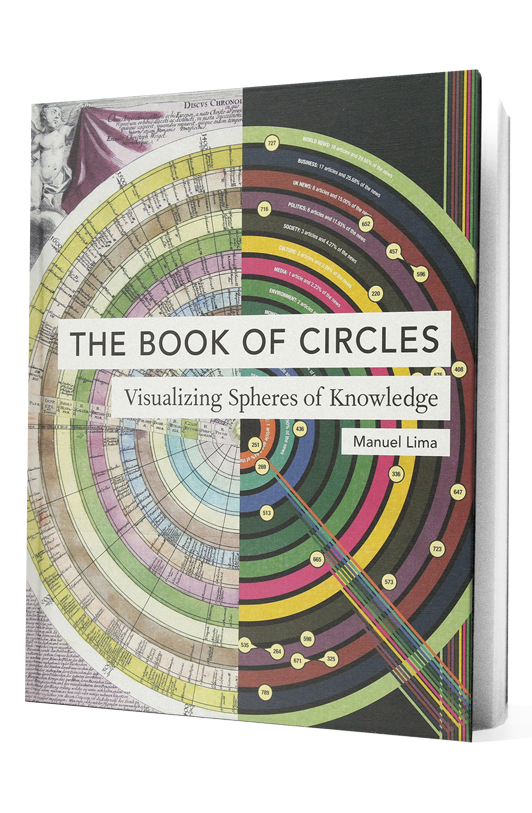 Why are we so surrounded by these rounded figures? After four long years of research, roughly 2,000 exchanged e-mails, and plenty of sketches and notes, Portuguese author Manuel Lima seeks to answer the question. In his book, Lima takes us on a lively tour through millennia of circular information design. Three hundred detailed and colourful illustrations from around the world cover an encyclopedic array of subjects: architecture, urban planning, fine art, design, fashion, technology, religion, cartography, biology, astronomy, and physics, all based on the circle, the universal symbol of unity, perfection, movement, and infinity.

The Book of Circles juxtaposes clay trading tokens used by the ancient Sumerians with the iconic logos of twentieth-century corporations, a visual analysis of Stanley Kubrick’s film The Shining with early celestial charts that placed the earth at the centre of the universe, among a wealth of other elegant and intriguing methods for displaying information. A Fellow of the Royal Society of Arts and nominated by Creativity magazine as “one of the 50 most creative and influential minds of 2009”, Manuel Lima provides an authoritative history of the circle as well as a unique taxonomy of twenty-one varieties of circle diagrams, rounding out this visual feast for infographics enthusiasts.

Secrets of the Stone Circles
Fernando Botero
Sagmeister & Walsh: Beauty
Salt
Why the Wheel is Round