In 1989, Poland underwent a peaceful transition from communism to democracy, made possible through negotiations and compromise, as well as social mobilisation and engagement. 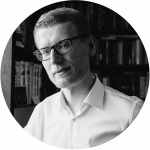 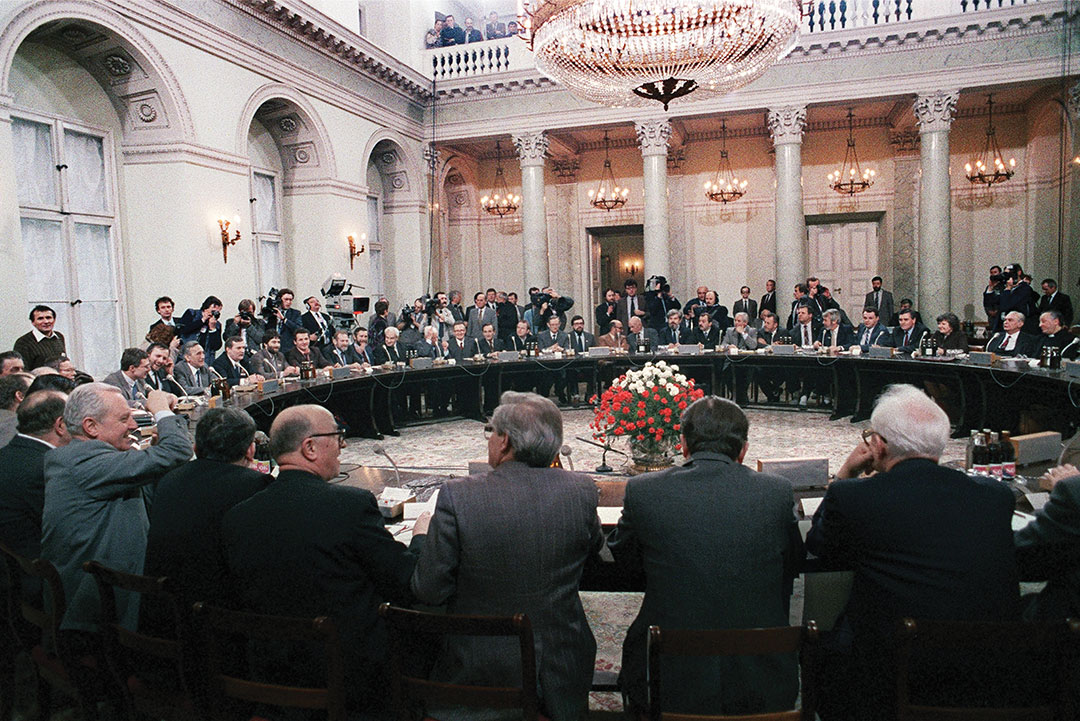 THE HISTORY OF THE ROUND TABLE IN POLAND

In 1989, Poland underwent a peaceful transition from communism to democracy, made possible through negotiations and compromise, as well as social mobilisation and engagement. For Germany, the fall of the Berlin Wall became the iconic symbol of change. For Poland, it was the Round Table around which the leaders of the Polish government and the opposition met. On the whole, there was no love lost over that table and there was little trust. The talks were riddled with tension.

But today, it is the inspiring symbolism of “round tables” that calls for our attention. Round tables are about building a community, about all the participants being equal (rather than separated between the ones in power and those dominated by them, or the judges and the judged). Round tables are also about allowing different voices to be heard. This is how, in Poland of 1989, enemies were able to become partners in conflict. A famous Polish historian wrote a book about 1989 Poland and called it “The Knights of the Round Table”, thus linking the Polish Round Table with the Arthurian Round Table, which is rooted in European culture.

A year earlier, Poland was in a rather undesirable situation. Its inefficient economy was falling apart, and Poles were living in a climate of apathy and lost hope. The Polish United Workers’ Party (PZPR) – the monopolistic ruling party led by General Wojciech Jaruzelski – was losing its bite and becoming tired. Moreover, it lost its usual support from the USSR, because Mikhail Gorbachev chose to reform his own country rather than try to rescue the satellite regimes. The Polish opposition of 1988 was barely a shadow of the Solidarity movement of the past – it had united millions in 1980–1981.

Lech Walesa, leader of Solidarnosc (on the right), jokes with Czeslaw Kiszczak, Minister of Internal Affairs (on the left), as Father Alojzy Orszulik (on the centre) looks on, before attending the final session of the Round Table Talks in Warsaw

Polish authorities realised that to avoid losing control over the country, they needed to invite the opposition to talks. This was the opposition which had been victimised and oppressed until the mid-1980s, and then, largely ignored. Coming to the table, both parties had to compromise. The PZPR had to give up their motto “Now that we have seized power, we shall never surrender it” (announced in 1945 by the then-leader of the communists, Władysław Gomułka.)

The opposition, on the other hand, had to overcome its reluctance to negotiate with people responsible for the casualties of the martial law period (1981–1983). Their sense of responsibility for the country was stronger. The first meeting between Solidarność (“Solidarity” – an Independent Polish Trade Union) leader Lech Wałęsa and the Minister of Internal Affairs, General Czesław Kiszczak, took place on August 31, 1988. It was agreed that the meeting would be held at the Round Table, but it took Polish authorities until January 1989 to be ready to take such a step.

The Solidarity opposition faction was represented, among others, by Lech Wałęsa, Jacek Kuroń and Bronisław Geremek, and the Polish government and the PZPR were represented by General Kiszczak, who had a history of throwing his opponents in jail. All in all, 55 participants took part in the talks, and three representatives of the Catholic Church were present as observers and mediators.

The Round Table Talks began on February 6 and ended on April 5. There were three main groups which debated over political reforms, the economy, social policy and trade unions. There were also many subgroups working on areas such as ecology, mining, youth or local government. Hundreds of politicians, social activists and experts had to somehow find common ground. Some decisions were taken during unofficial meetings between the government and opposition leaders. The most important of all the decisions concerned the parliamentary elections. It was agreed that 65% of the mandates in Sejm (the Polish parliament) would be guaranteed for the PZPR and its allies, while the remaining mandates would be subject to democratic elections. Voting in the newly formed Senate (the upper house) was to be completely free and democratic.

The Round Table Talks began on February 6 and ended on April 5. There were three main groups which debated over political reforms, the economy, social policy and trade unions.

The Round Table Talks and the respective outcomes were contested by radical opposition groups who rejected the idea of compromise towards communists and called for a coup through mass social pressure. However, in the Spring of 1989, the Polish nation was worn out by the crippling economic crisis and it lacked revolutionary potential. In contrast, local “Solidarity” committees which were running the election campaign created pockets of enthusiasm and involvement.

The June elections became a referendum in support of or against the PZPR, despite being only partly democratic and even though more than one-third of Polish voters did not exercise their right to vote. As it turned out, the referendum was a miserable failure for the party. Solidarność candidates won 99 out of 100 seats in the Senate and all the available mandates in the Sejm. Among the new PZPR MPs were many reformers, some of whom even had Solidarność support.

This was a game changing outcome. Gone were PZPR’s hopes that they would get the opposition to share the responsibility for the terrible state the country was in while having no influence on its affairs. Solidarność, used to living under the reign of Moscow, tried to suppress the climate of triumph and committed to keeping its promises. But on July 3, Adam Michnik, the editor-in-chief of “Gazeta Wyborcza”, the very first daily newspaper free from state control (as was decided at the Round Table) published an article entitled “Your President, our Prime Minister”. He proposed a new division of power: the president of Poland would come from the ranks of the PZPR, while the Prime Minister would be a Solidarność man. It turned out that the prospect of not really sharing power but actually taking over was very real.

Two weeks later, the parliament chose a new president, General Jaruzelski. An attempt at forming a new government by General Kiszczak failed. Instead, there was a new development. Wałęsa and the satellite parties supporting PZPR came to an agreement. The parties decided to become independent of PZPR and get a share in the new deal. Tadeusz Mazowiecki, the long-standing editor of left wing and catholic magazine “Więź”, and later a leading Solidarność activist, became Prime Minister of the new government. Even though there were PZPR ministers in the new government, it was the first non-communist Polish government after the Second World War. In his exposé, the Prime Minister announced that he was drawing a thick line on the past and would only take responsibility for his own actions. A path to major changes in Poland was open.