From home decoration to body care, from leisure to taste, here is our Delightful selection of products from Portugal, Poland and Colombia to put you in deep contact with nature.

FURNITURE MADE FROM BLACK CORK 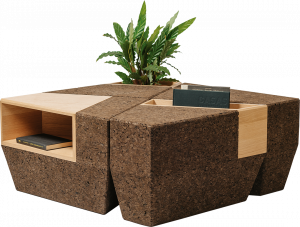 The branches of the cork-oak provide the raw material of Blackcork’s (by Sofalca) innovative and sustainable furniture. Made in the centre of Portugal, the chocolate-coloured brand’s pieces are a true walk in nature where one can deeply breathe timelessness and sense the charisma of such a noble product. Designer and art director Toni Grilo invited the talented new generation of Portuguese designers to develop the 2019 collection. A selection of irreverent, surprising objects that combine aesthetics and comfort to bring any home a fresh and sophisticated ambiance: table and suspension lamps, tables, chairs, sofas and mirrors.
www.blackcork.pt 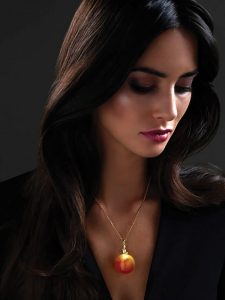 Amber Matuta’s vision is to make luxurious jewellery that expresses the splendour of motherhood and shows off feminine beauty. All the sophisticated creations of this Italian-Polish brand are inspired by the elegance of the goldsmith’s art and use precious materials, such as 18 carat gold, diamonds and Baltic amber – a gem formed from resin that has fossilised for forty million years in the subsoil, with tones that range from citrus yellow to dark brown. This fascinating pendant, in 18 carat gold and natural Baltic amber, is part of the ALBA collection and here adorns the elegant figure of Agata Szewiola, Miss Poland 2010.
www.ambermatuta.com

DESIGN MADE OUT OF TRASH 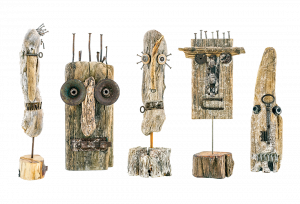 At the Nerve Design studio, located in Lisbon’s LX Factory, designers, carpenters and artisans take the concept of recycling to a new level. The furniture and decorative items created by this Portuguese brand are made from materials found on beaches, whilst offering an unmatched contemporary and even glamorous feel. Abandoned fishing boats, driftwood, and even metal fittings and windows are reborn in strikingly designed pieces that anyone would be proud to have at home.
www.nervedesign.pt 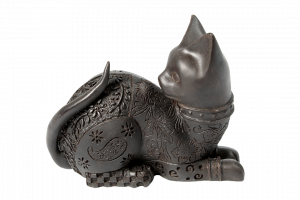 Colombia produces 9% of the world’s coffee, and Hecho en Café sets out to expand and explore this tradition. All the jewellery and decorative articles produced by this ground-breaking Colombian brand are made from materials produced from coffee grounds. This new use for Colombia’s prime raw material is in line with the latest trends in consumer goods and sustainable development, with an impact on communities and the environment.
www.hechoencafe.com 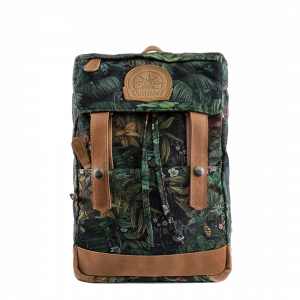 Qualibet’s handmade backpacks, inspired by Colombia’s Amazonian jungle, are a runaway success. Reflecting the adventurous spirit of its followers, the brand’s new collection expresses the trailblazer’s dream, combining functional features with a sense of mission. The motifs reference botanical species that grow in the wild southern wetlands and are fundamental to preserving the balance of this fragile ecosystem: passion flower, açai, rubber plants, cashew and sundew. Qualibet’s idea is for travellers to carry a conservation message on their backs. Ideal for short trips in the city and beyond, extremely tear- and damp-proof.
www.qualibet.co

WINE OF THE DEAD 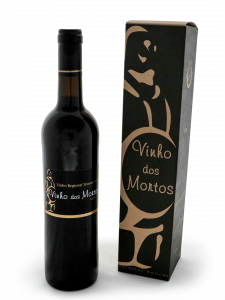 In Boticas, northern Portugal, the tradition of burying wine dates back to the Napoleonic invasions. The result is known as the Wine of the Dead. In 1809, when French troops were crossing the region on their way to Porto, the local people rushed to hide everything of value to protect it from the looters. They buried their wine under ground, in cellars, olive presses and other hiding places. After the withdrawals of the Napoleonic armies, they imagined the wine was ruined, but on tasting it they had a pleasant surprise: its properties had changed and its flavour was much improved. With an alcohol content of between 10 and 11% and slightly sparkling, this straw-coloured wine is made from five grape varieties: Alvarelho and Malvasia Fina (white), Bastardo, Tinta Carvalha and Tinta Coimbra (red). After a six month sojourn under ground, the “wine from beyond the grave” is disinterred in June and brought to the table to cheer the living, more than a century after its discovery.
www.vinhodosmortos.com 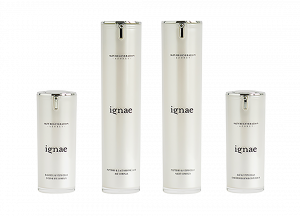 The secret of a youthful complexion lays hidden in Vale das Furnas, Azores, until it was discovered by Ignae, a 100% Portuguese cosmetics brand which is making itself a worldwide name. Seven years of research and testing have culminated in their first line of five products. The base formula draws its rejuvenating power from the archipelago’s natural wonders, combining thermal spring water, volcanic clay, bee stings, honey, Camellia japonica and colostrum (the first milk of a cow after calving). The four complexes – for day, night, eyes and a serum, are joined by the Bee Sting and Clay Mask. The brand uses only tiny quantities of preservatives to ensure the ingredients retain their properties for the product’s lifetime.
www.ignae-skincare.com