‘K’, a replicant android, crosses in and pours two drinks as he sits on a chair in the middle of the living room. Neighbours at the window, a couple, on the other side of the street. Ordinary life. Joi, a digital companion projected from a hard line console unit, holds a plate of steak and fries. Not real, of course. An illusion of satisfaction. Just like Joi in her apron. ‘K’, the android, wants more. He wants to feel. ‘K’ wants to be human. Can this scene taken from the latest Blade Runner film be our predictive future? Is reality surpassing fiction or are artificial humans a cliché for such a long time now that, when they arrive, they will seem to some a disappointment?

Imagination, faster than history, faster than technological advance, had already rehearsed this future in books, films, TV dramas: artificial intelligence, machine learning, big data, algorithms. These terms became part of the everyday public discussion, often appearing in today’s political, economic, social and philosophical arenas. But although artificial intelligence and the exponential pace of new technological advances are increasingly imposing themselves on our reality, this phenomenon is not correspondingly reflected in the public sphere, namely the discussion of its implications and limits.

From consumer behaviour to the job market, from biology to medicine and ethics, technological evolution is part of our daily lives, and even seems to be reaching areas – as is the case of artistic expression – that were, so far, confined to the depths of the human soul.

One of the emerging hot topics in machine learning and AI is the issue of deep learning, part of a broader family of neural network methods based on artificial neural networks. Machines are now taking over complex jobs we previously thought only humans could do and, due to powerful algorithms, some became capable of performing tasks without human assistance. Their system is not pre-programmed: they learn from experience. The aim is to have the system mimic the human brain and learn to improve itself over time to eventually become better, using reinforcement learning. The holy grail of artificial intelligence is a machine that can teach itself. Deep learning machines are currently been applied to fields including computer vision, speech recognition, natural language processing, audio recognition, social network filtering, machine translation, bioinformatics, drug design, medical image analysis and board game programs, where they have produced results comparable to and in some cases superior to human experts. 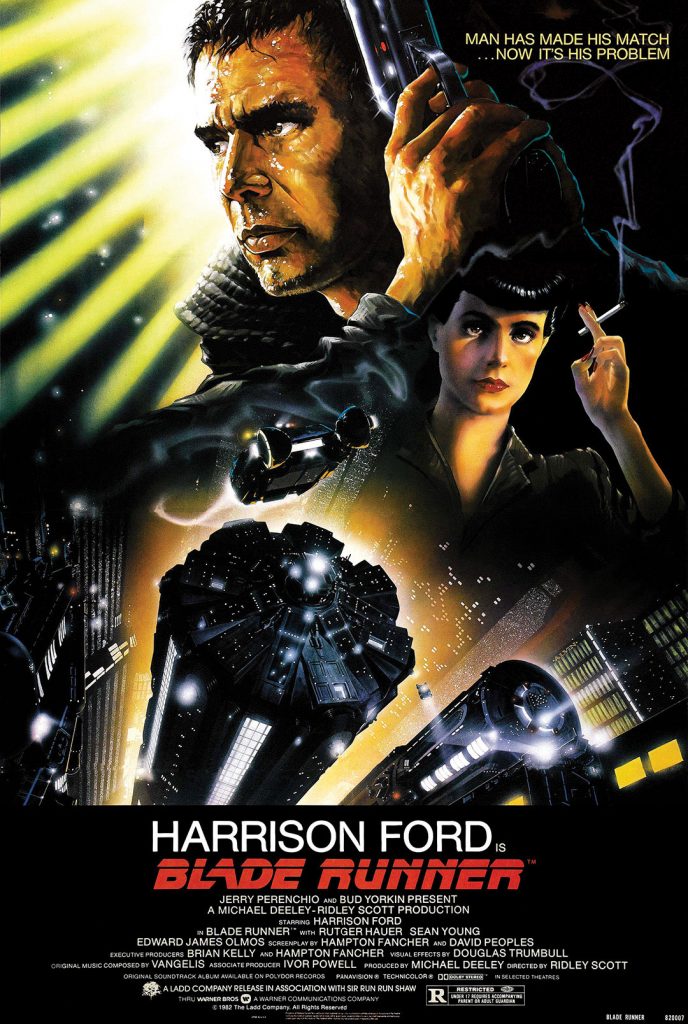 Directed by Ridley Scott, Blade Runner (1982) depicts a future in which synthetic humans known as replicants are bioengineered by a powerful corporation to work on off-world colonies.

WILL CREATIVITY BE AN EXCLUSIVELY HUMAN ATTRIBUTE?

Deep artificial neural networks were originally inspired by information processing and communication nodes in biological nervous systems but yet have various differences from the structural and functional properties of biological brains, especially human brains, which make them incompatible with neuroscience evidences. Specifically, neural networks tend to be static and symbolic, while the human brain is dynamic and analogue. But before we can achieve that (an artificial neural network that works like a human brain), we need better machine learning algorithms – a Master Algorithm – an algorithm that can learn anything from data, and to do that, we need a deeper understanding of how learning works in our own brains.

The development of artificial intelligence has made it possible to replicate the complexity of brain organization and its information processing in artificial systems. There are multiple approaches. One of them is to reverse engineer the brain. Another is to mimic evolution. We need to combine ideas from these two paradigms to come up with a master algorithm, something like a grand unified theory of machine learning, like the grand unified theory of physics. The challenge is to formalize intelligence not only to implement it into machines, but also to understand the human brain. Attempting to distil intelligence into an algorithmic construction may prove to be the best path to understanding some of the enduring mysteries of our minds.

There are all kinds of aspects involved in the use and development of artificial intelligence, the current applications of AI reflecting upon its social implications in a whole range of different areas, including implications of a biological, legal, social, ethical and philosophical nature. Some of these questions must be examined in depth: is it possible to include responsibility as one of the functions of artificial intelligence machines? Are algorithms capable of exercising justice or moral judgements? What jurisdiction is applied to autonomous agents? What are the implications in the field of ethics and in protecting the privacy of data and personal information?

JUST BECAUSE WE CAN, IT DOESN’T MEAN WE SHOULD

To escape our mortality, we will devise an improved version of ourselves: we’ll be imitated and bettered. Futurist Gerd Leonhard advocates that before it’s too late we should stop and ask: how to adapt technology without becoming technology ourselves? What moral values are we prepared to defend before the human being loses its meaning forever? “I believe we need to step back from an expert-led debate about what’s possible and how to achieve it. Instead, I think we must start with a more fundamental exploration of what role we want these transformative technologies to play in serving humanity: just because we can, it doesn’t mean we should. In the very near future, it will no longer be about whether technology can do something (the answer will almost always be yes) but whether it should do something – and why”, says Leonhard.

TRANSHUMANISM OR THE RISE OF ROBOTS

Artificial intelligence is changing the way in which human beings work, live and interact with one another. What will it be like in the future? Are we thinking of ways to promote a hybrid future, a beneficial social relationship between machines and humans, beyond their more obvious utilitarian dimension? What will be the potential development of technologies seeking to reproduce human intelligence, their possible role in the future expansion of humankind to other solar systems, as well as possible scenarios that might lead to two extremes: ranging from the expansion of human intelligence to the extinction of the human race.

Ultimately, if we leave it to machines – the decision-making process and all the thinking – can the human being gradually lose, in its evolutionary process as a species, the ability to think, or at least, the ability to make decisions? We may become completely useless without technology – slow, incomplete, dumb and lazy.

Will we gradually forget our humanity and become ever more mechanistic just to remain relevant? As computing becomes mobile, then wearable, ingestible and implantable, will our distinct planetary advantage as a species be sacrificed for a digital hit? And can machines gain such a level of consciousness – of self and of the other, of time and of space, of good and of evil – that they will aspire to be like Men, that they will aspire to dominate him or to replace us as the prevailing “species” on the planet? [Blade Runner (1982)]: The camera closes on Roy, replicant android, for his final, poetic, self-conscious soliloquy: “I’ve seen things you people wouldn’t believe. Attack ships on fire off the shoulder of Orion. I watched C-beams glitter in the dark near the Tannhäuser Gate. All those moments will be lost in time, like… tears in rain.”