25 Jun Not all has gone with the Wind

Not all has gone with the Wind

The memory of the nightmare is still vivid but, for the population of Beira, not all is lost. Journalist Pedro Bello Moraes shares his impressions of these people’s resilience and hope for a new tomorrow. 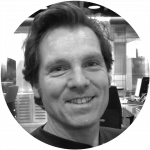 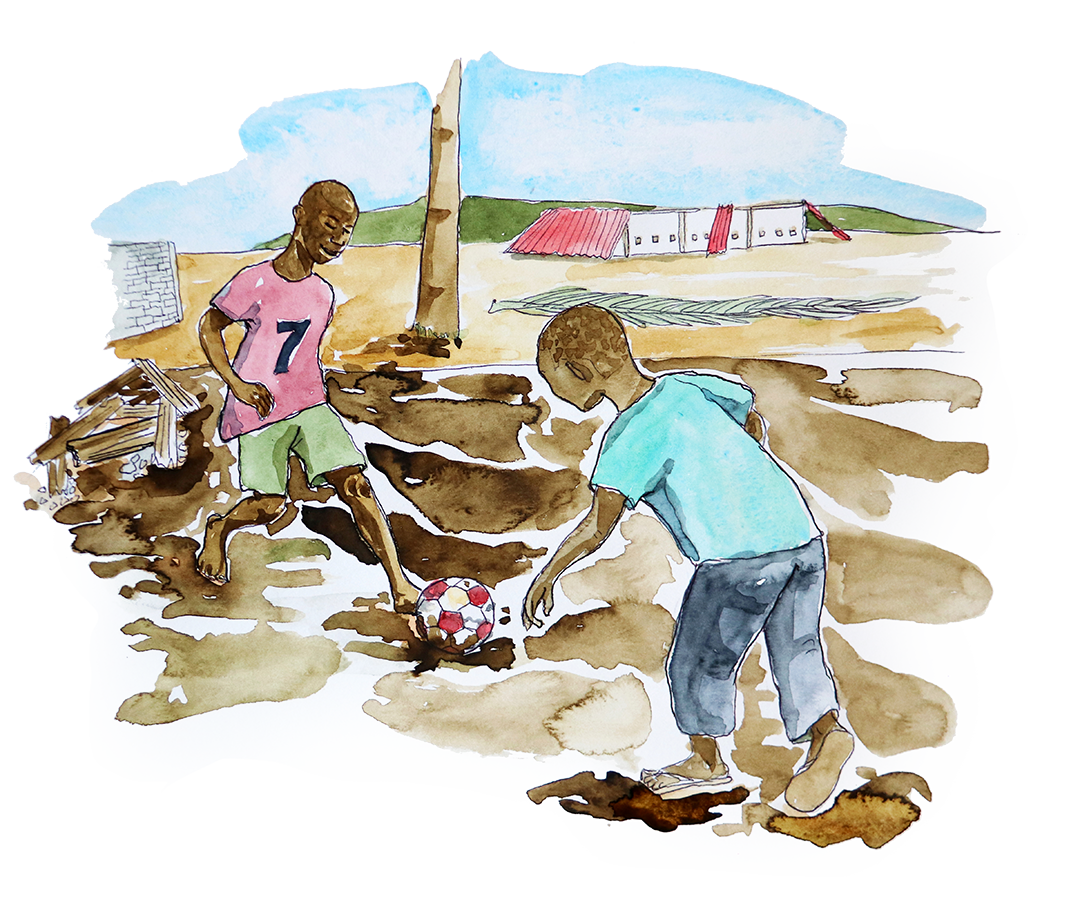 It was on the last day of reporting that we saw Idai. The cyclone was slow to make itself known. But ruthless. Like winds, the children ran criss-cross, rampant, knocking down anything in their path to get there. Their destination? Biscuits. Small and fiercely coveted biscuits. The firemen, dotted around the ground like trees laden with fruit, set up the distraction. With their arms in the air, like branches stretched out. Their legs, stumbling over the human mass, unsteadily bending, like the trunks that were broken on 14th of March. The distraction fell flat, bowled over by a single word. Uttered by someone without knowledge of Portuguese but who feels what they say.

“Famine! There’s famine, here!” The woman screamed her heart out as the head fireman spoke to the chief of the Anhonha locality, near Mafambisse, 50 kilometres north of Beira. That’s the rule. Counting on the local chief, respecting the authority of the place. But, the woman… “Stay. No leave us.” Words trampled by despair, spoken in a Portuguese salvaged from dire need. The woman knew there was no authority whatsoever there. That’s why she asked those distributing food there to stay, for them to ensure that help would reach everyone. Wounded animal could sense the risk. She was sure that Idai was around the corner. She was right. More than 20 days after destructively making landfall in central Mozambique, the cyclone was still dominating those people.

Turning them into a whirlwind like air grappled in spirals. Women, men, children. All frantic. Desperate. Fighting over a bag of flour. Elbowing each other over a tin of food. Trampling on each other over a packet of rice. “It’s the famine”, we heard the fireman confide in horror. Yes, it’s the famine, we said. Almost one month after the disaster, we saw famine as the most worrying root of the most violent cyclone ever to hit Mozambique. A tragedy that is also a topic of conversation and study. And that could be clearly seen when we visited Escola Primária Completa Heróis Moçambicanos (Primary School), in the Maquinino neighbourhood of Beira. “Idai is a terrifying wind.

Everything goes with it. It kills. Metal sheets flew. We were praying. Everything went dark. Many people died.” The description of the day/night in March was given to us by Gomes, a small, extraordinary nine-year-old boy who is already a brave soul. The survivor of a natural disaster that claimed over a thousand lives in central Mozambique, Gomes, in a sky-blue shirt and tie, sitting in the front row of the classroom filled with dozens of children dressed like him, started by replying as a diligent pupil, keen to demonstrate what he knew. And he knew. He really knew what he was talking about. Unravelling the “matter” soon led to emotion. His last words were spoken in a choked voice with tears in his eyes. The memory of the nightmare is still vivid. 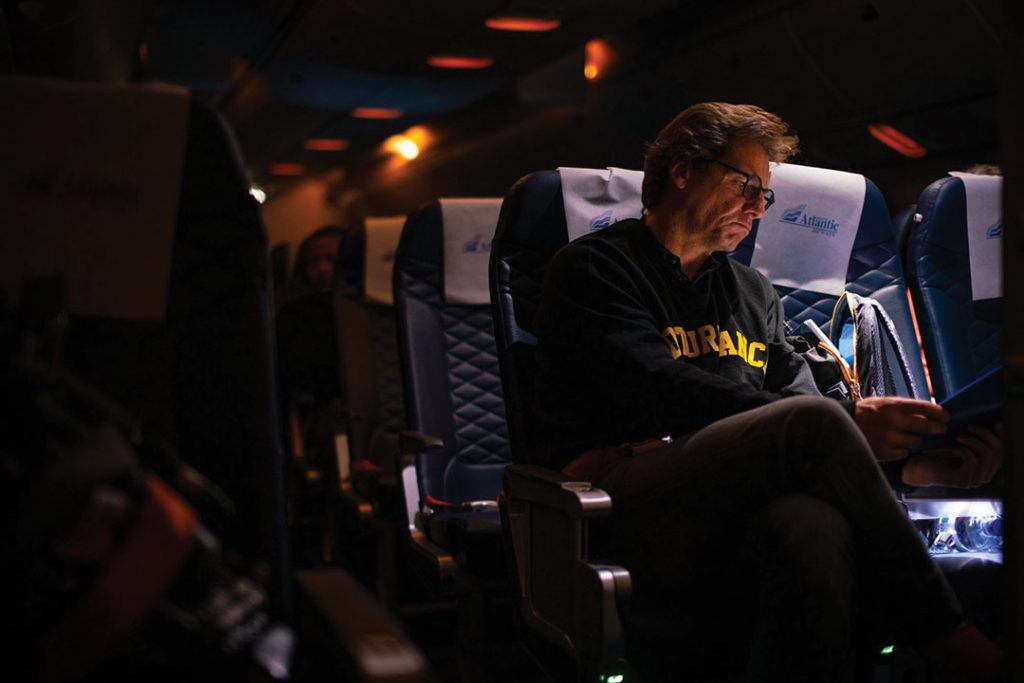 Pedro flying with the Portuguese Red Cross to Beira

It’s everywhere. Gomes is confronted with it when he goes to bed at night and when he wakes up in the morning. When he’s lying on his back, in his bed, it’s the sky that he sees. The house is still roofless. Sheetless, that’s the word we made up to illustrate the lack of zinc sheets, the material used to cover 99.9999% of housing and constructions in this part of Mozambique. Houses, shops, courts, police-stations, hospitals, all sheetless. A permanent image in the streets that Gomes picks his way down to get to his school, which has also been destroyed. Of the four blocks, two have been left open to the sky. Of the 14 existing classrooms, 6 are no longer in use.

And when panning the structure, there can be no doubt that more than 50% have been demolished. A sample of the overall extent of the damage in the city, villages and schools in central Mozambique. “95% of our 120 schools in Beira were destroyed”, Nasser Teixeira de Sousa, the district education director tells us. “We have schools operating outdoors. Because we don’t have classrooms; in all the establishments we were obliged to form larger classes, but lessons recommenced not even a fortnight after the cyclone.” The triumphant director states, with a sparkle in his eyes.

“A lot of things have gone with Idai, but not your good spirits”, we concluded. “No! Not all has gone with Idai. And we managed to re- start the school year. Not all is lost.” Indeed not, we also thought. Along with the deaths, many, many more than the official 603 – shockingly below the number of bodies which are gradually being unofficially reported in the more remote areas of Sofala, Manica and Inhambame, as the bishop of Beira told us; along with the more than one billion euros needed, according to the World Bank’s estimates, to re-build some 320 thousand homes destroyed in what is among the nine poorest countries in the world, despite everything, there is still a lot to tell. Tragedies like Idai display the violent, inclement, deadly, human drama, but not only that. There’s still the other side, otherwise this would be lopsided. A lament. And the other side, or rather, the whole side of this story is really the human one, the one given to us by the whole world that mobilised to help.

We wandered around central Mozambique and came across NGOs, volunteers from dozens of wealthy countries, various UN agencies, movements of anonymous citizens who left Maputo to settle in Beira as members of the more vigilant and committed civil protection. And that gives hope. To us and to the Mozambicans who are unparalleled in their hospitality to others. More expressive than most peoples, there is a lightness to be found in the gaze of Mozambican children, women and men, old and young. They are gradually awakening from the nightmare, shaking off the stupor into which they plunged as the rivers overflowed, wiping out everything in an area equal to half of Portugal. And they smile. With their whole face, a beaming smile which tells us that not all has gone with Idai.