Clad in schist, there is a magical place in the mountains, at 1,334 metres above sea level. All roads lead to Serra do Açor, a treasure to protect and be amazed by. 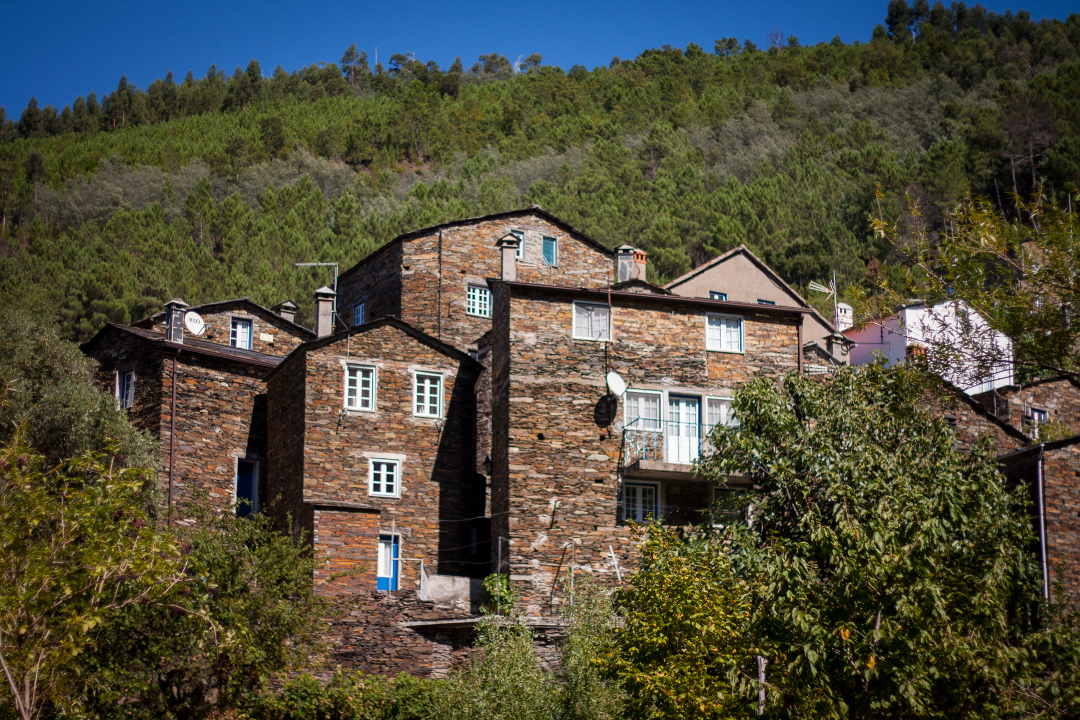 It is covered in schist and has the name of a bird of prey (goshawk). It is the birthplace of the River Ceira, which springs from the mountain top and flows towards the Mondego until reaching Coimbra, and it’s home to about one thousand different species of wildlife. The poet and writer Miguel Torga referred to its villages as “vibrant islands of humanity”, where he found a place to plant the “deepest roots” of his being. (Diário X, 1999).

Standing at 1,334 metres above sea level, the Serra do Açor mountain range is located in the heart of the Portuguese Central Chain, nestled between Serra da Estrela (the highest mountain range in mainland Portugal) and Serra da Lousã, in the transitional zone between areas influenced by the Mediterranean climate and those influenced by the Atlantic.

It embraces six municipalities, two of them in their entirety, Arganil and Pampilhosa da Serra, five villages that are part of the Schist Village Network and the country’s “cradle village”, Piódão, as it is affectionately known because of the way the houses are harmoniously arranged in the shape of an amphitheatre. Making your way through this mountain range includes passing through valleys, slopes and plains of lush green or brown that mirror the agricultural calendar throughout the year. 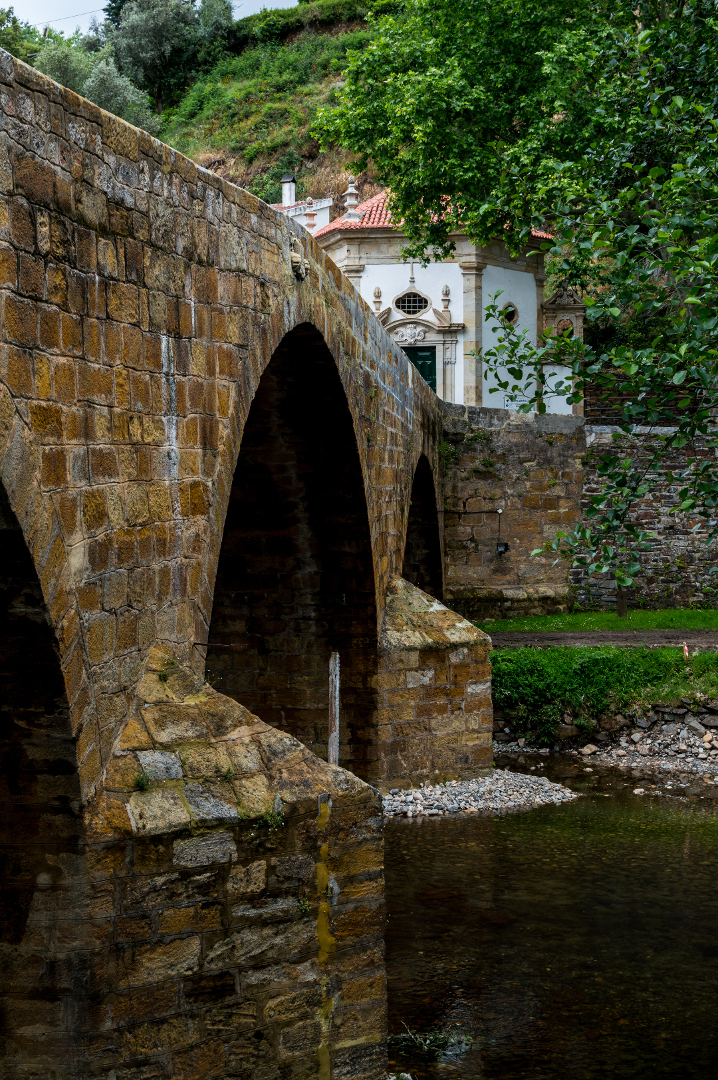 The River Ceira rises in Serra do Açor and flows into the River Mondego from the left.

The refreshing sound of clear water running in the rivers and streams is the accompanying soundtrack. This millennial, natural portrait is dotted with walls, pits, mills, granaries and wayside shrines, as well as other relics erected as a result of human ingenuity. Its slopes are sprinkled with plantations and scrublands that provide firewood, as well as pasture and bedding for livestock, while the mountain tops offer extensive grazing lands.

Besides being perfect for farming and grazing, villages such as Fajão and Sobral de São Miguel served as strategic trading posts in the Açor mountain range in the Middle Ages. Curiously, the name of the latter, Sobral de São Miguel, derives from the Latin term suberale, which means cork oak forest or land of cork trees. Each village is itself a viewpoint and a monument with others, hidden within, well worth a visit.

Benfeita is one such village, where peace is commemorated on 7 May every year when the bell tower tolls 1,620 times (the number of days that World War II lasted) to celebrate the end of war. The village has a long tradition in artisanal trade linked to the famous Arganil wooden spoon. Hand carved from wild pine, the wooden spoon is traditionally used to prepare regional dishes and was an important source of income for many families until a few decades ago.

In 1982, the need to protect the natural, cultural, scientific and recreational riches of the Serra do Açor mountain range led to it being classified as a protected landscape. Part of this natural heritage is Fraga da Pena, a majestic 19-metre-high waterfall with lush vegetation that is a true gem, and one of Portugal’s most remarkable deciduous forests, Mata da Margaraça, where more than half of the world’s Portuguese laurel trees (Prunus lusitanica subsp lusitanica) are found.

Among the considerable variety of species are the Portuguese oak, laurel trees including the bay laurel (Laurus nobilis) and the strawberry tree (Arbutus unedo), the common holly (Ilex aquifolium) and the trees that grow along the river banks. Also of note is a small grove of the rare native Iberian species Veronica micrantha. As for fauna, Serra do Açor is home to 117 species of vertebrates and 423 invertebrates, including 241 butterfly species.