A GAMES TABLE NAMED AFTER A KING 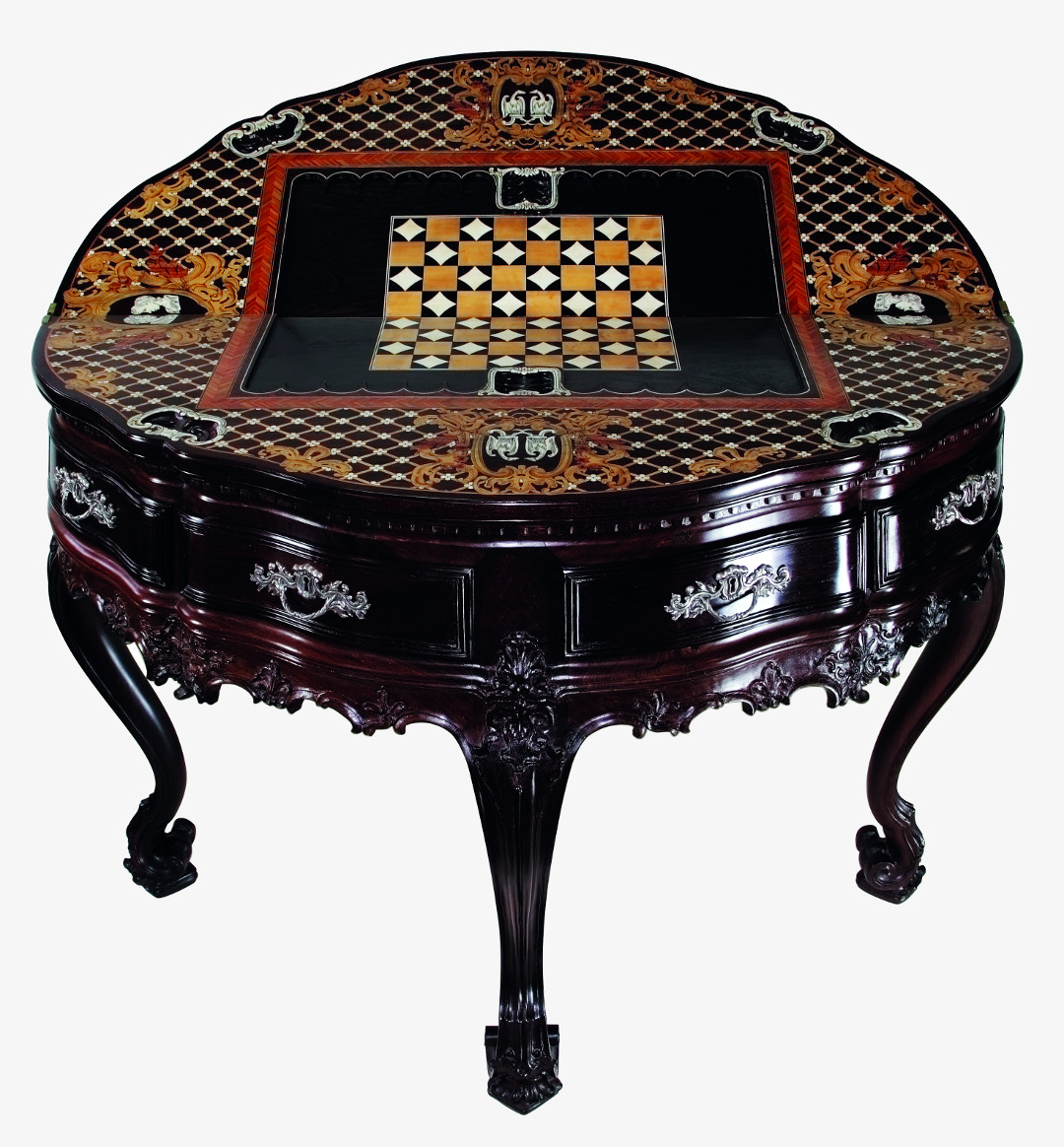 Handmade using hardwood, exotic materials such as mother-of-pearl, and gold-plated silver handles, D. José is an iconic piece of furniture by Móveis d’Arte Canhoto. In its essence, it is a versatile games table for backgammon, chess, draughts or cards. However, once opened, it can also be used as a table for serving tea. It was named in honour of Portuguese King D. José (1714-1777), who ordered the original table to please his wife, Queen Mariana Victoria of Spain. The crafted artwork conceals secret drawers and compartments, as well as a tea table and a mirror. This detail turns it into a dressing table, which is why it is also known as the “Ladies’ Table” (perhaps it is not a coincidence that the table is known as such, as the Portuguese word for “ladies” is the same as for draughts: Damas). In 2011, the D. José games table was selected for the National Traditional Crafts Award.
https://www.moveisdartecanhoto.com/ 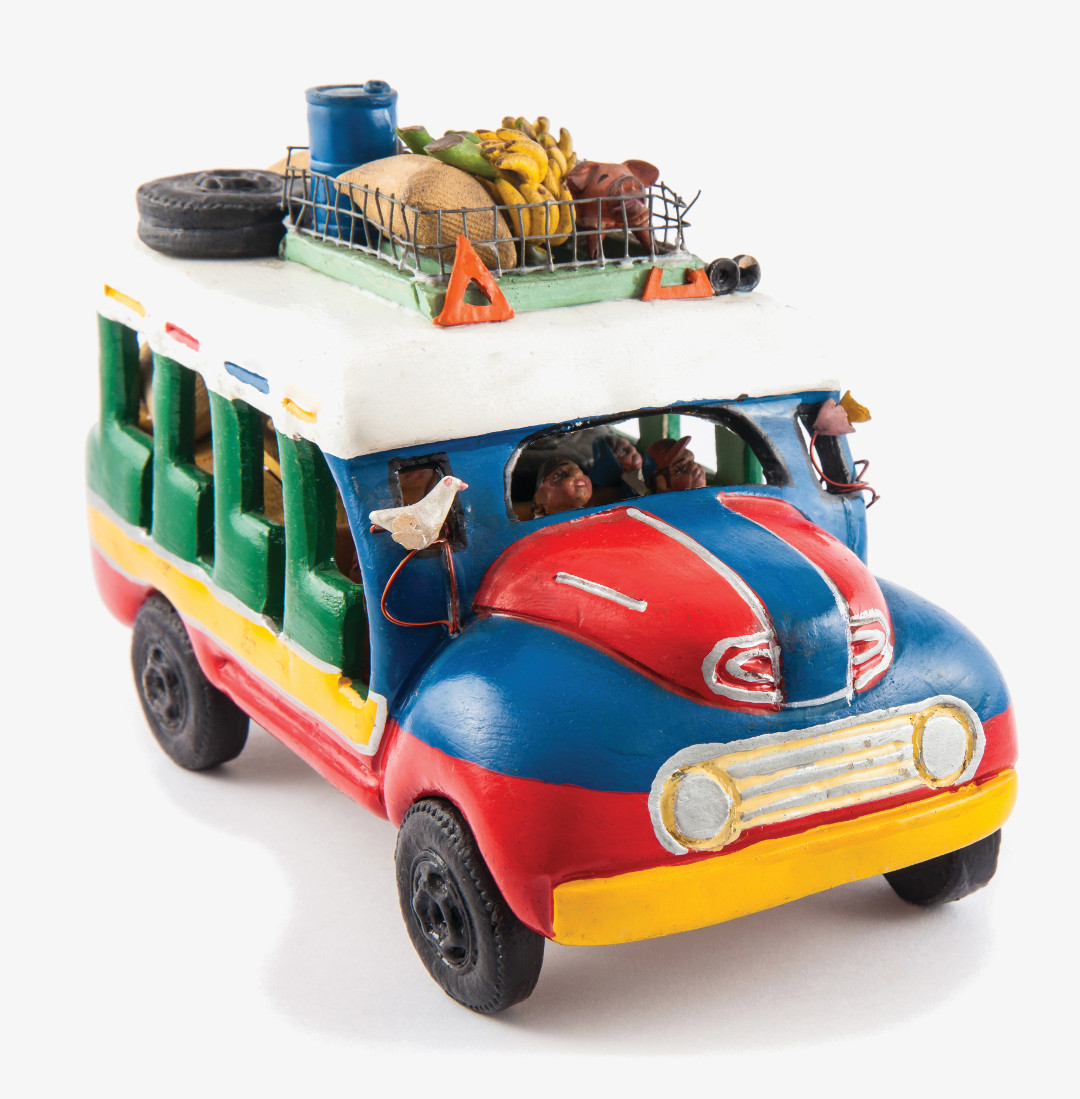 First introduced in the Colombian department of Antioquia in the early 20th century, the Chiva (meaning “goat” in Spanish) was – in some regions still is – one of the modes of transportation in the countryside, carrying people, livestock and goods along the rutted, winding roads between towns. They became a symbol of national identity and began being reproduced more than five decades ago in these handmade ceramic figures by Cecilia Vargas Muñoz. These handcrafted buses, which originated in the Pitalito municipality (where the raw materials abound), represent a travelling universe of traditions, with peasants riding on them to bring their crops and animals to the marketplace or to attend processions, festivals and funerals. On a loaded roof rack, chickens, bunches of bananas and sacks of potatoes join the children’s laughter to recreate this living scene.
https://artesaniasdecolombia.com.co/

The tradition of making decorative lace in the village of Koniaków dates back to the beginning of the 20th century and is passed on from generation to generation. What makes Koniaków lace exceptional is that each design is entirely unique and its form, pattern and number of elements depend solely on the imagination of the lacemaker. Local women use very thin cotton thread to crochet beautiful doilies, tablecloths, runners, collars, gloves, jewellery, festive ornaments, dreamcatchers, and unique dresses, tops and underwear. In 2017, the tradition of lace making in Koniaków was inscribed on the National Intangible Cultural Heritage list. Lacemakers from Koniaków have made pieces for Pope John Paul II, Queen Elizabeth II and Rei Kawakubo, the Japanese designer who heads the fashion label Comme des Garçons. https://centrumkoronkikoniakowskiej.pl/