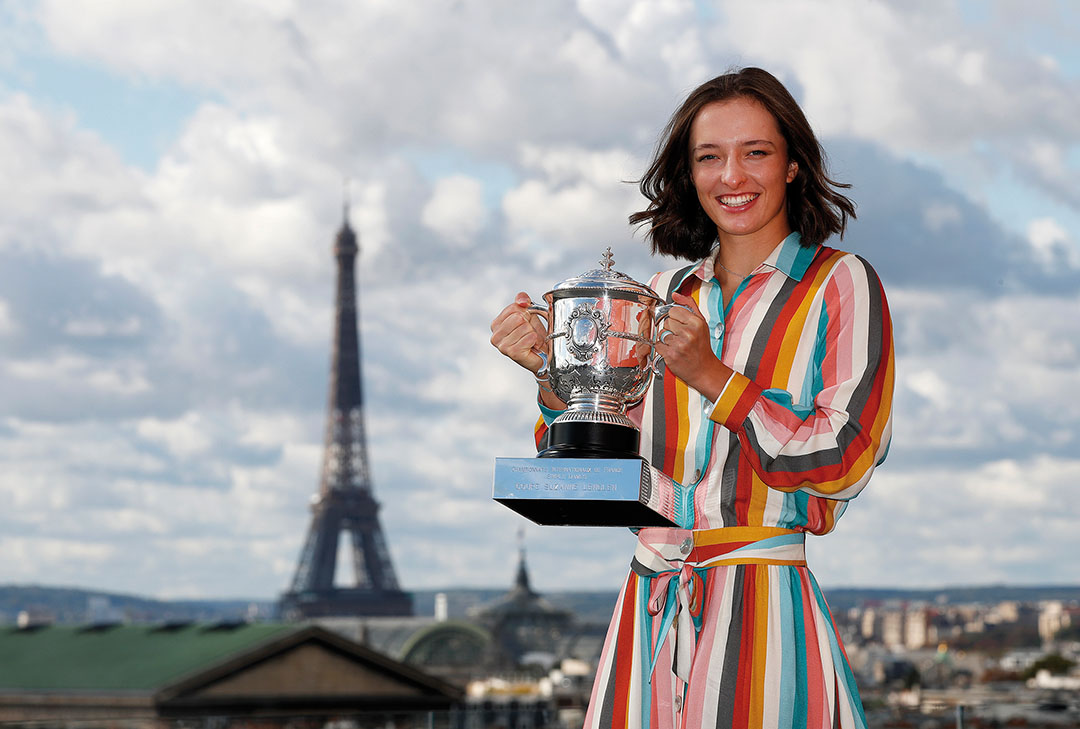 Nineteen-year old Iga Swiatek made history in Paris, becoming the first Polish tennis player to be a Grand Slam singles champion. She is also the youngest French Open women’s champion since Monica Seles in 1992. Swiatek started the tournament as world number 54, jumping up to take 17th place. She won Roland Garros without conceding a single set throughout the competition. The young Pole arrived in Paris somewhat of an unknown. Then she defeated Marketa Vondrousova, a 2019 finalist at Roland Garros, in her opener, and won against top-seeded – and world number 2 – Simona Halep in the fourth round. In the final, she beat world number 6 Sofia Kenin by 6-4, 6-1, in one hour and 24 minutes. When she held her trophy aloft, Swiatek said she’d thought of Rafael Nadal, who would win his 13th French Open title in the men’s final the following day: “Every year I watch Rafa lifting the trophy. It’s crazy I’m in the same place.”