10 Dec The shape of the Christmas crib

The shape of the Christmas crib

In 1223, St Francis of Assisi wanted to tell the story of Christmas. On 25 December, the first nativity scene was staged in the Italian village of Greccio. At midnight, this Christmas tradition began. 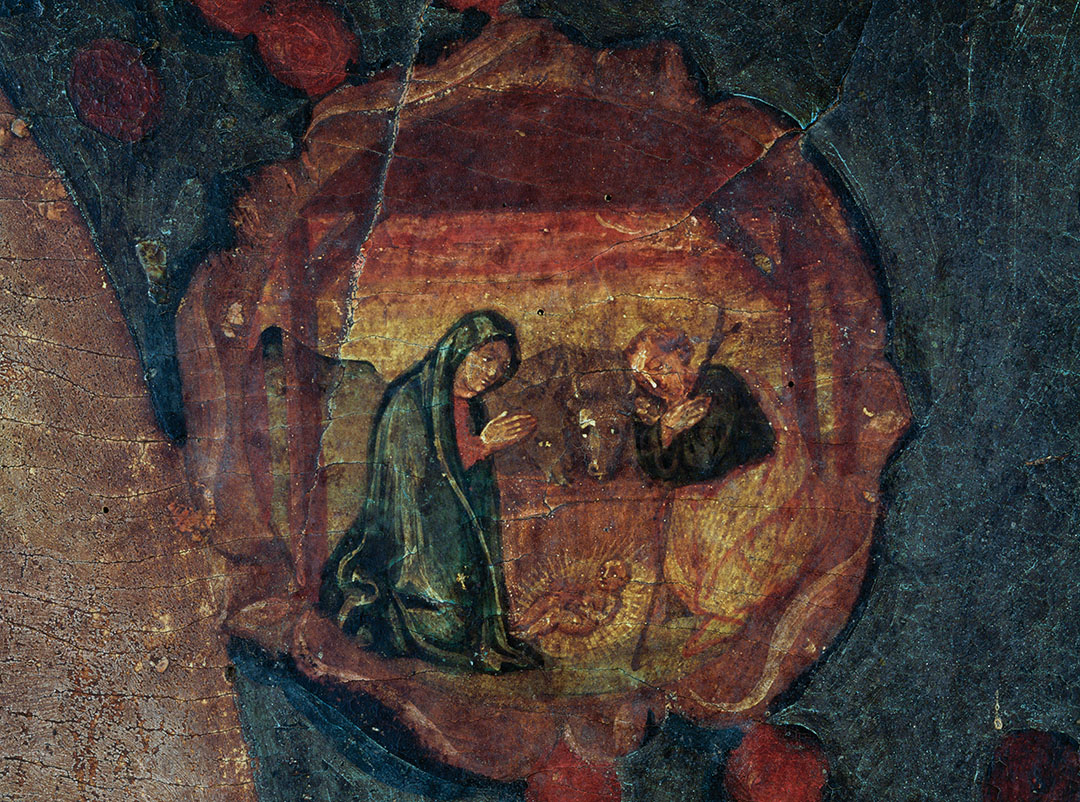 THE BIRTHPLACE OF NATIVITY SCENES

When Saint Francis of Assisi first visited Greccio in 1209, the people of the small town located around 100 km from Rome were struggling against two calamities: an attack by ferocious wolves that decimated flocks and destroyed vineyards, and merciless hail storms. The saint told the townspeople to confess their sins and, after doing so, Nature’s punishments suddenly ended.

The inhabitants yielded to him and, years later, on St Francis’ return to Italy, a nobleman, Giovanni Velita, became one of his closest friends, visiting him in the hut he lived in, located on Mount Lacerone, before moving to the centre of Greccio. In 1223, just before Christmas, Pope Honorius III approved the Rule of Saint Francis and, in the audience the Pope granted him at the time, St Francis’ creativity became apparent when he expressed his desire to exhibit the nativity scene on a grand scale. His trip to the Holy Land had such an impact on him that he wanted to replicate it in Greccio, where the mountains were similar to the hills of Bethlehem.

Thomas of Celano, the first biographer of St Francis and a friar of the Franciscan Order, noted his desire: “If now it seems good to thee that we should celebrate this feast together, go before me to Greccio and prepare everything as I tell thee. I desire to represent the birth of that Child in Bethlehem in such a way that with our bodily eyes we may see what He suffered for lack of the necessities of a newborn Babe”.

Saint Francis sent heralds to summon the inhabitants, and, that holy Christmas Eve of 1223, the crowd walked in a candlelight procession toward the cave.

Giovanni Velita was tasked with finding a cave that resembled Bethlehem and with providing the animals and props needed to recreate the nativity scene. Giovanni’s wife, Alticama Castelli di Stroncone, made the figure of the Baby Jesus by hand. After 15 days of intense work, it was time to spread the word. Dozens of friars walked through the city inviting citizens “to visit the saint and receive his blessing”. On the evening of 24 December, a crowd made its way to the cave in a procession, holding torches and candles to light the way. At midnight, dressed as a deacon, St Francis spoke to the crowd at the mass celebrated around the manger.

The Greccio Sanctuary Nativity Chapel was the place chosen for the unprecedented reenactment of the birth of Jesus. Today, an altar and a 14th-century fresco depict the two scenes: the Greccio nativity scene and the birth in Bethlehem. In the painting, the iconography is the same as that painted by Giotto in the upper church of the Basilica of St Francis, in Assisi. It depicts St Francis kneeling, praising the Baby Jesus, Giovanni Velita, his wife and the people of Greccio. Eight hundred years later, the town of Greccio continues to be very dear to Christians.

Over the festive season, 100,000 people visit the birthplace of the world’s first nativity scene and take part in the many reenactments of the birth of Jesus. In 2019, and to the delight of its 1,500 inhabitants, Pope Francis visited the sanctuary for the second time, signing and presenting the Apostolic Letter on the meaning and importance of the nativity scene. The Holy Father stressed that what is important about the Christmas crib is that it “speaks to our lives and encourages us to spread the Gospel”. 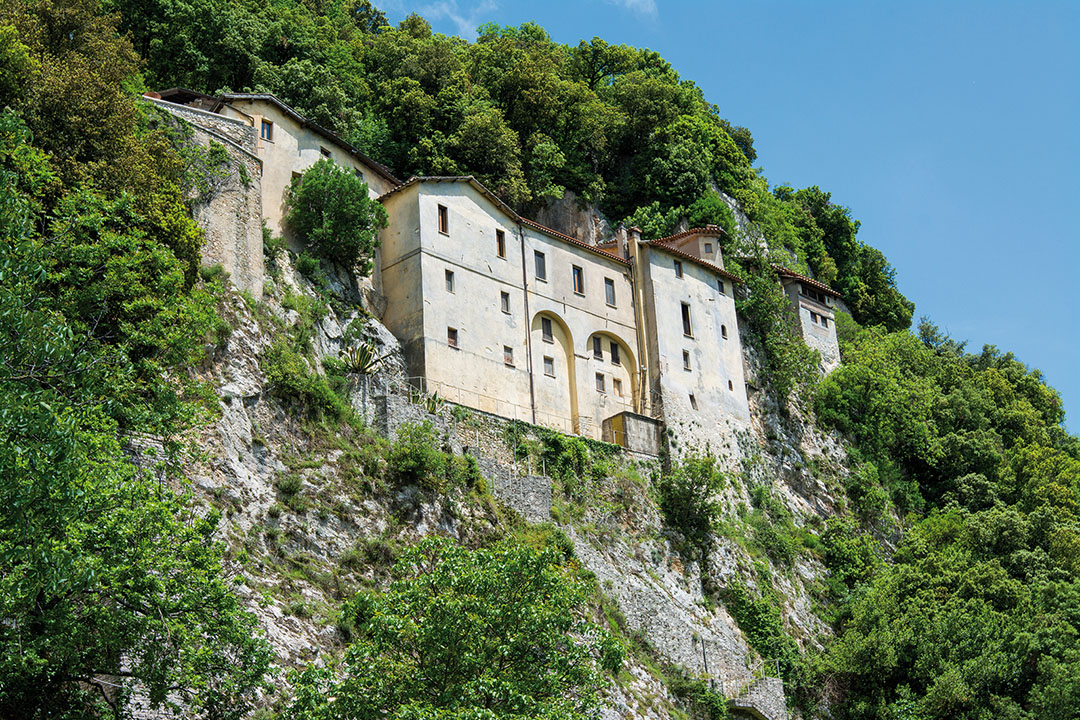 The Sanctuary of Greccio was the backdrop to the first reenactment of the Nativity on Christmas Eve 1223.

While the Christmas crib is common in the Christian faith, the szopka is unique to Kraków. A cross between a nativity scene, a flamboyant castle, a puppet theatre and a vehicle for political satire, it is the result of a slowly evolving folk tradition that dates back to the Middle Ages and was popularised in the 19th century as a means for carpenters and bricklayers to make some extra money during the winter. In 2018, it was inscribed on the UNESCO List of the Intangible Cultural Heritage of Humanity.

Using a variety of lightweight materials, which are then covered with coloured foil, ribbon and other shiny bits, this cheerful castlelike Christmas crib incorporates the city’s houses and monuments, as well as figures and artificial lightning, into the traditional Bethlehem nativity scene. Before noon on the first Thursday of every December, crowds gather at the foot of the statue of Adam Mickiewicz (1798-1855, one of the greatest Polish poets), in the main square in Kraków to see the Konkurs Krakowskich Szopek (Cracovian Crib Competition),which began in 1937. Each year, the best szopka is added to the permanent collection in the Kraków Museum. 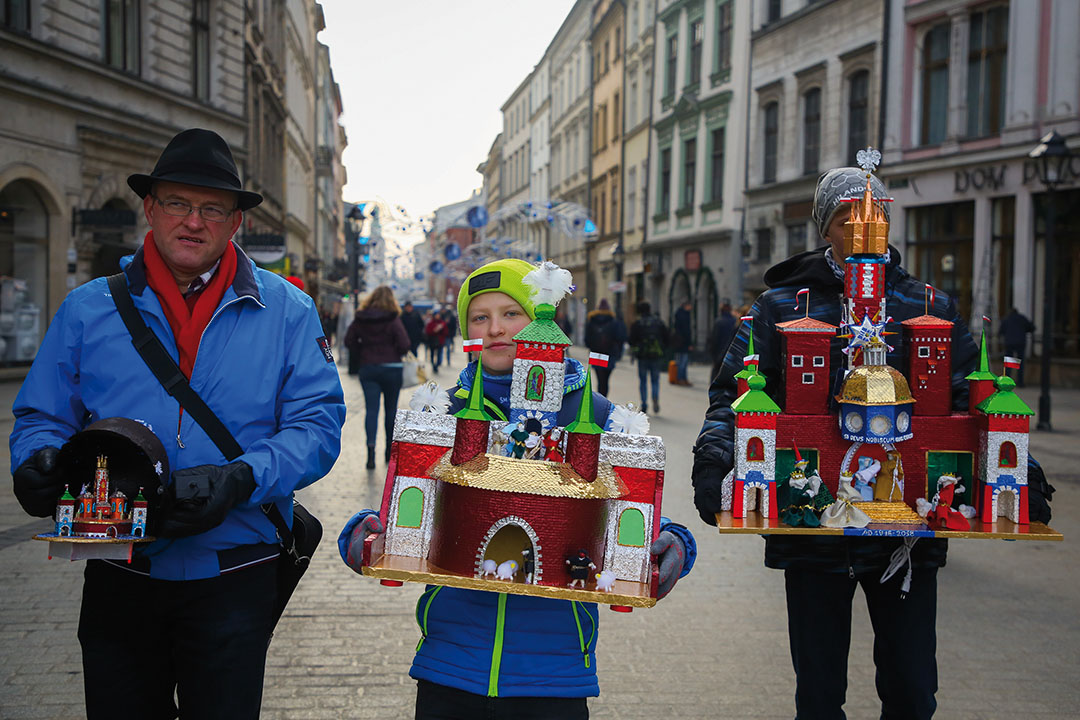 Each year before Christmas, the main square in Kraków hosts the szopka contest.

A WALK THROUGH THE MUSEUM

It is one of the most important events on the Christmas calendar and it has brought thousands to Medellin for 36 years. The Exposición de Pesebres do Museo El Castillo (El Castillo Museum Nativity Scene Exhibition) is a national landmark in the conservation of historical memory and preservation of popular traditions. The exhibit spans three halls where visitors can find biblical, artistic, traditional and monumental nativity scenes, with artwork related to a specific theme. In 2020, the theme is “memorias de una tradición” (memories of a tradition). Medellin is also famous for its annual Christmas lights display – El Alumbrado, as the locals call it. According to “National Geographic Magazine” the “former drug town pulses with new vitality and, during the balmy holidays, fantastic lights.” El Alumbrado is part of the true culture of Medellin and holds a special place in the hearts of its people. 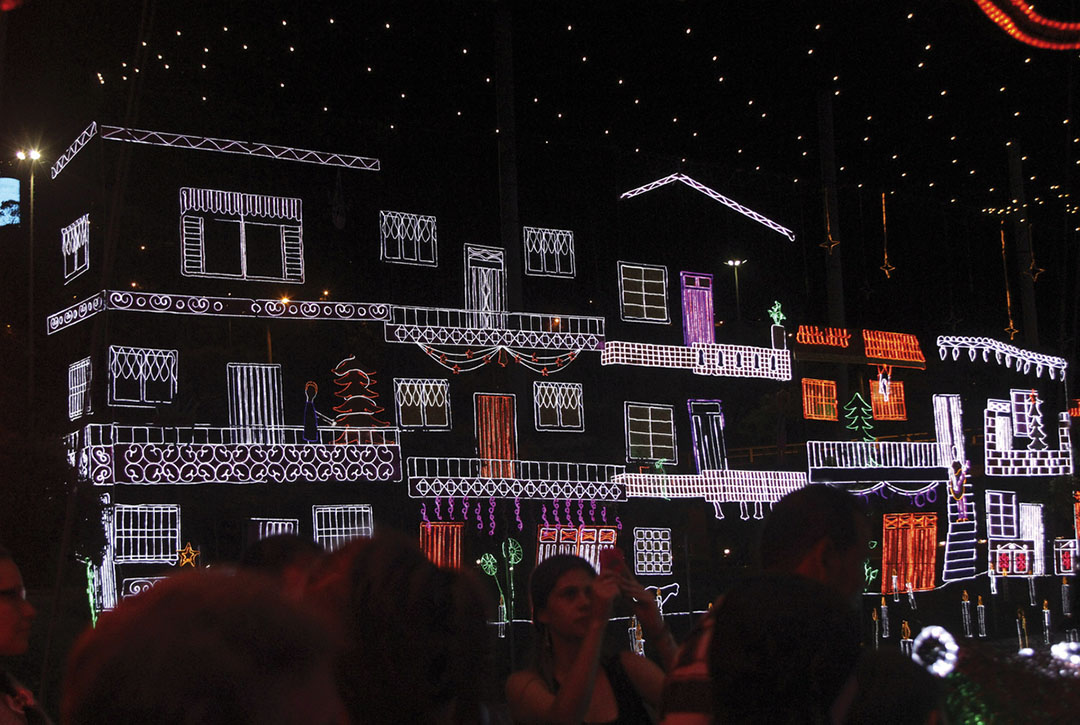 In Portugal, the most spectacular nativity scene can be seen at the Basílica da Estrela, a basilica located in the Estrela area in Lisbon. Commissioned in 1781 by Queen Maria for the Barefoot Carmelites to celebrate the birth of Jesus, it took five years to complete. It is around five metres wide by four metres high and three metres deep. Inside, stories from the bible are combined with various popular scenes – distinguishing it from the Portuguese Neapolitan nativity scenes – with nearly 480 figures sculpted in clay or polychrome terracotta populating the grandiose reenactment created by Machado de Castro (1731-1822), a celebrated figure throughout Europe in the eighteenth and early nineteenth centuries. It is one of the most remarkable works of Portuguese baroque art. In homage to the queen, the Three Wise Men are in the foreground. Machado de Castro included a grandiose and exotic procession led by Gaspar, Melchior and Balthasar in the scene. 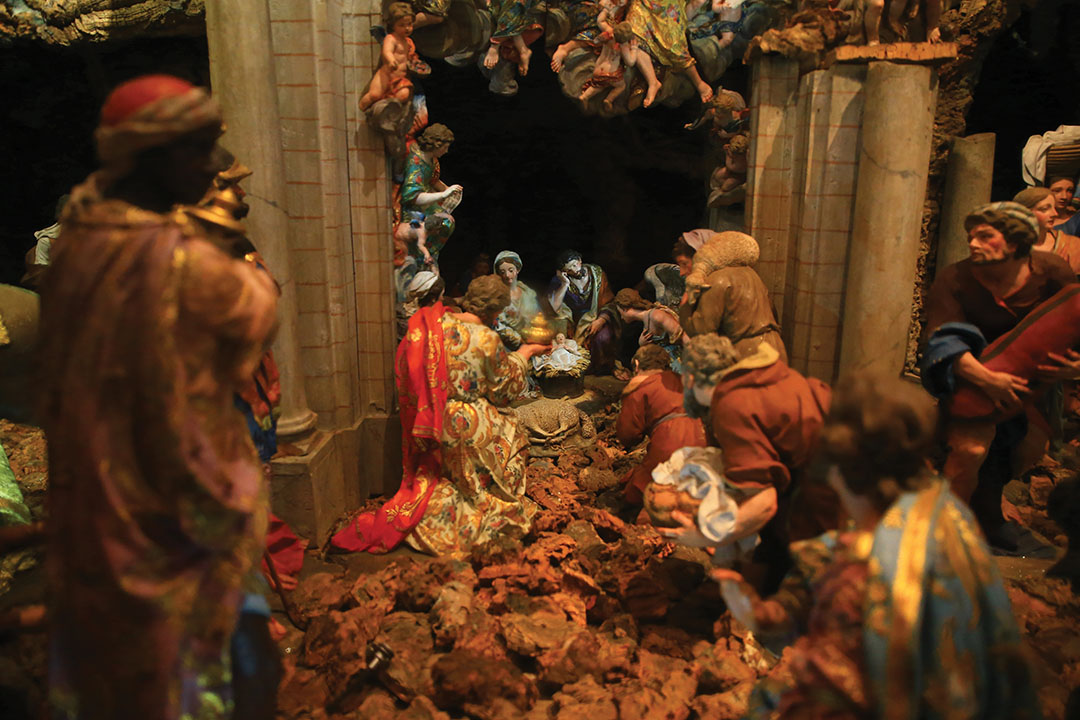 The Nativity scene in the Basilica da Estrela in Lisbon was built between 1781 and 1785 and has more than 400 figures.

Timeless Tradition
The Many Faces of Juliana
A Legacy with a Future
Ferreira: A story dating back more than 250 years
The Culture of Togetherness