An Immersive artistic journey takes us to feel the ocean

Inaugurated within the context of Lisbon as European Green Capital 2020, “ONE”, The Ocean as you never felt it” is Oceanáro de Lisboa’s new temporary exhibition. 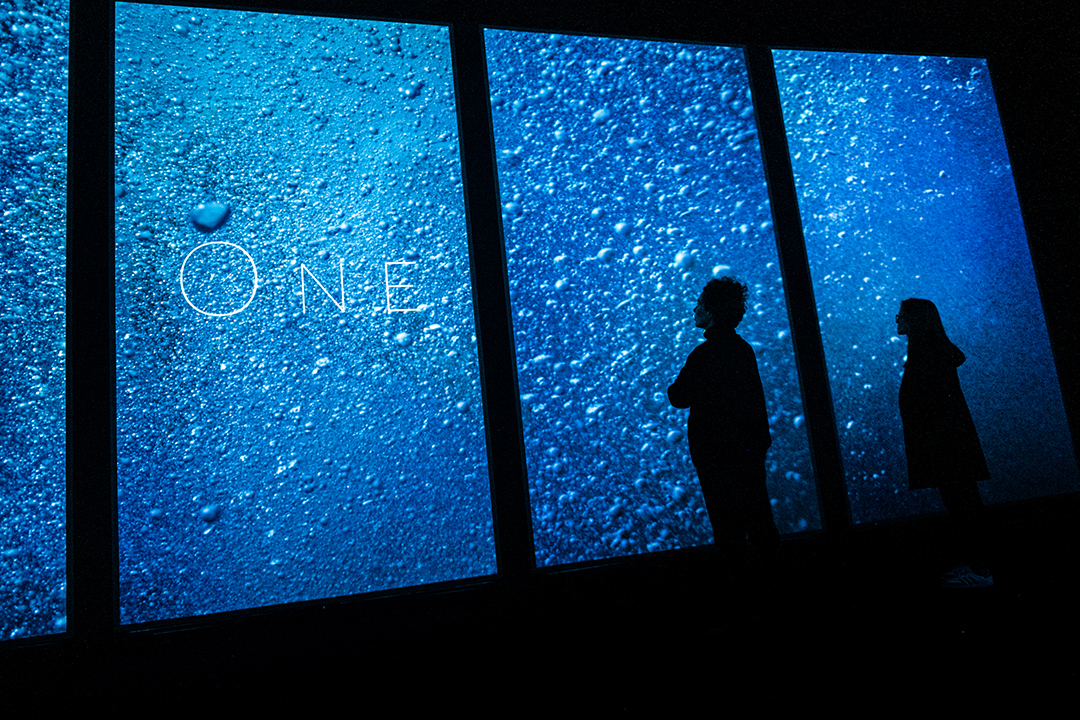 A sensory experience that takes visitors to explore the deep relationship between humans and the sea. This is the new Oceanario de Lisboa proposal with ONE, The Ocean as you never felt it. The temporary exhibition was inaugurated in January, within the context of Lisbon as European Green Capital 2020. Portugal’s capital was awarded the title by the European Commission for putting into practice, over the years, ambitious and continuous measures in the fields of sustainable development and fighting climate change.

The installation is an invitation to feel the poetry and be thrilled with the grandeur of the Portuguese sea. Maya de Almeida Araujo is the artist behind this artistic exhibition. Specialised in underwater photography in motion, she has spent two decades exploring the connection between the human and water elements. All images were taken within Portuguese maritime territory, between Mainland Portugal, the Azores and Madeira during eight months of filming.

For João Falcato, CEO of Oceanario de Lisboa, this is surely “an unprecedented experience” which intends “to inspire pride for the magnificent beings that inhabit Portugal’s sea, and ultimately, to instill a sense of admiration and responsibility for preserving this magnificent underwater world.”