13 Dec The Capital of the Web Summit for 10 Years

The Capital of the Web Summit for 10 Years

Europe’s largest tech event will remain in Lisbon until 2028. 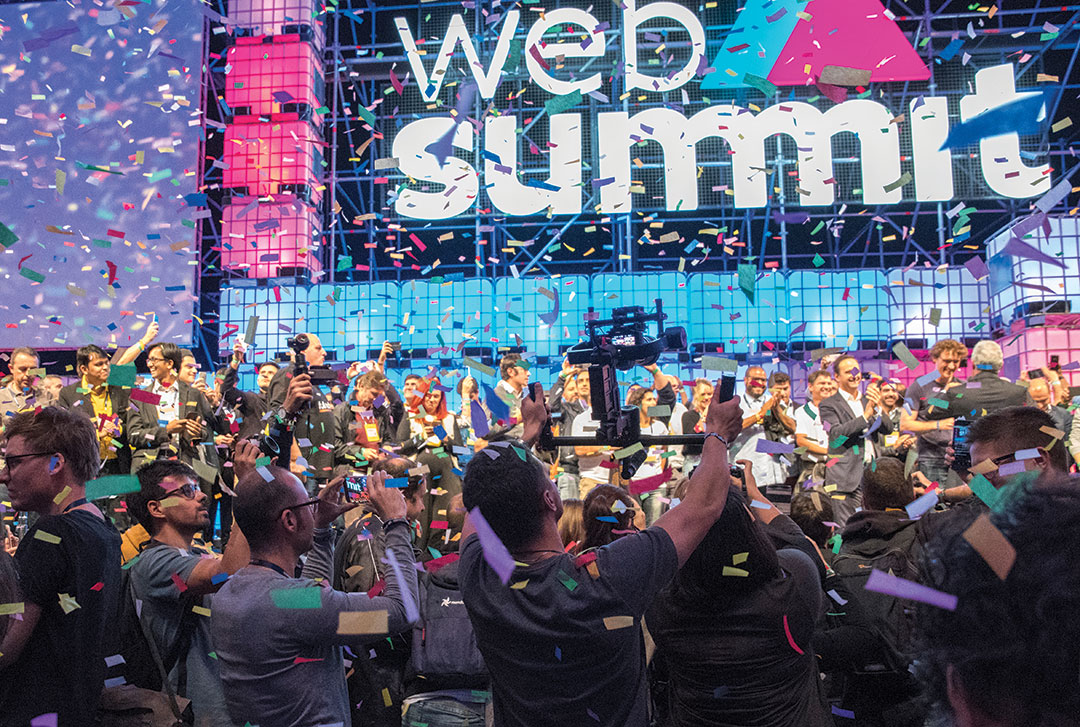 Portugal and the Web Summit signed a 110 million-euro deal for the country to continue hosting the world’s largest international technology conference in Lisbon for another 10 years, ending in 2028. Paddy Cosgrave, the CEO of Web Summit, chose the Portuguese capital over 20 major cities across Europe including Berlin, Paris, London, Madrid and Milan. “It puts Portugal at the heart of the global conversation about tech and innovation,” said the Portuguese Prime Minister, António Costa.

Under the agreement, Portugal’s government will pay Web Summit 11 million euros a year to expand the venue, anticipating that the number of participants will increase from 70,000 last year to 100,000 eventually. “We’re incredibly excited to be staying in Portugal,” said Paddy Cosgrave. The contract between the company and the Portuguese government also includes a 3-billion-euro buyout clause if the summit’s projected economic impact does not become a reality. The Irish start-up moved the summit from Dublin to the Portuguese capital in 2016 on an initial three-year basis and expects to see its capacity more than double as part of the deal by 2022.

The results were so great that both parts decided to extend the deal for a decade. For the next 10 years, Lisbon will be the world champion of innovation, gathering speakers from leading global tech companies and politicians, as well as tech entrepreneurs hoping to attract attention to their startups, and also thousands of companies and investors of all kind of areas, with a special empha¬sizes on Waste, Recycling, Circular Economy, Energy Transition, Sustainable Mobility and Climate Finance.