The tear-drop-shaped star pulsates in one hemisphere of its surface. It was discovered in the Milky Way, some 1,500 light years from earth. 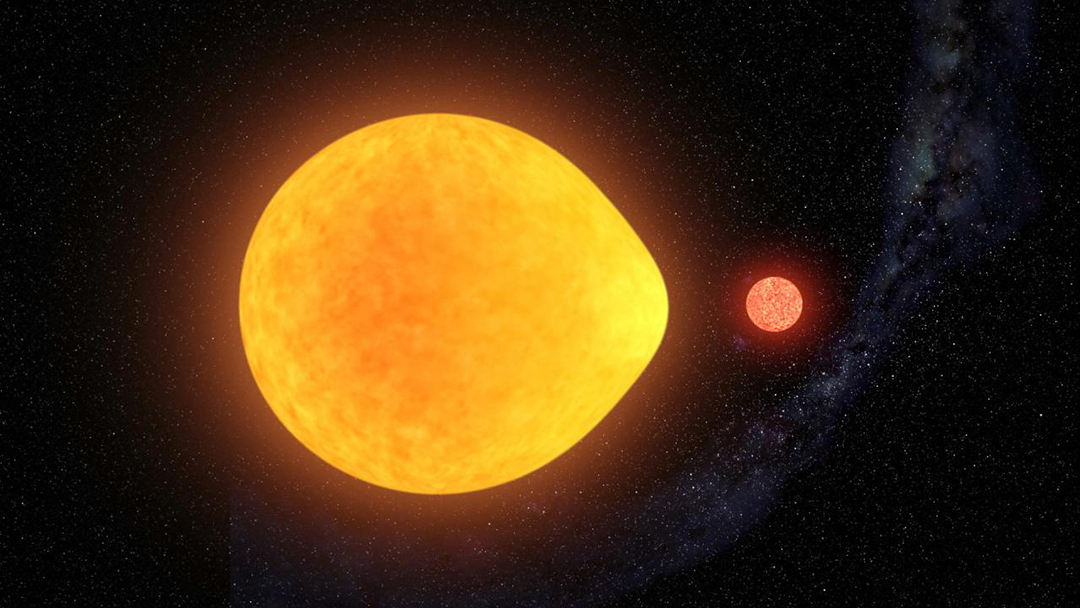 Scientists have long known that the stars pulse. But no one had been seen pulsating on just one side of its surface. Until now. A team of international scientists under the lead of the Nicolaus Copernicus Astronomical Centre, in Warsaw, describes a star that pulsates on just one side, giving it the distinct shape of a tear drop. This star, named HD 74423, is about 1.7 times the mass of our sun. It was spotted in the Milky Way, some 1,500 light years from Earth.

The unusual behavior was first noticed by citizen scientists inspecting data from NASA’s Transiting Exoplanet Survey Satellite (TESS), which has been hunting for new planets since its launch in 2018. The explanation for the strange behaviour is a red dwarf, a small star in an orbit of just 1.6 days. The little neighbour distorts the biggest star oscillation.