The inside story of an unlikely partnership and its struggle to redefine what it means to be green in the world of big business. 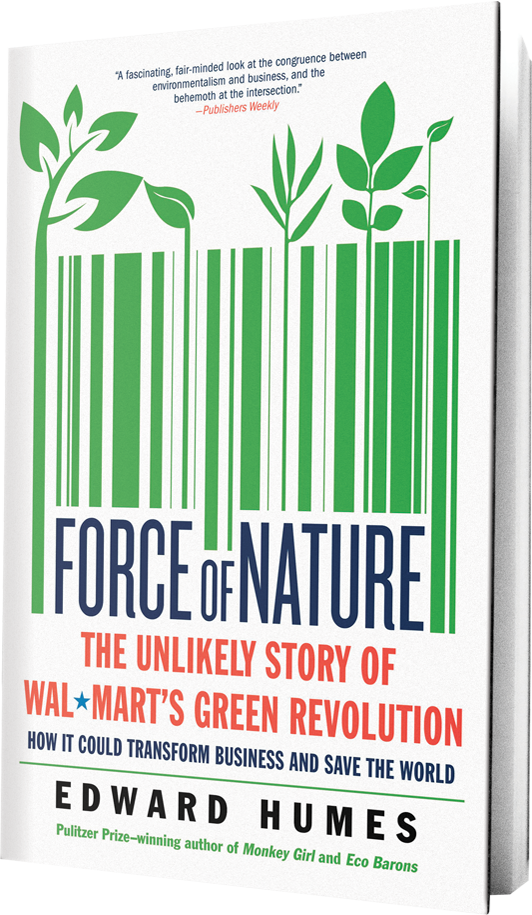 In this book, Pulitzer Prize-winner Edward Humes tells how Jib Ellison, a former river-rafting guide, persuaded one of the least Earth-friendly corporations in the world to embrace sustainability as part of its core culture. At the time, the company was the target of a multitude of environmentalists, entire city governments and a never-ending slew of lawsuits. In 2004, Jib Ellison walked into H. Lee Scott’s office determined to show that sustainability wasn’t just tree-hugger talk or an act of charity. Moreover, he demonstrated that sustainability could be profitable, which got Walmart’s chief executive’s attention.

One of Jib Ellison’s first projects for the retail giant revealed how easily that could be accomplished. He suggested reducing the size of the colourful cardboard packaging for the company’s Chinese-made toy trucks, which saved millions of dollars, not to mention hundreds of thousands of tonnes of cardboard. A small project initially intended to protect Walmart from environmental criticism turned out to be a massive sustainability revolution that has been a force of nature and an inspiration to whole industries, along with the 100,000 manufacturers whose products had to become more sustainable to remain on Walmart’s shelves.