20 Dec Growing up in a different School

Growing up in a different School

Imagine a school where there were no tests and evaluation was carried continuously. Where no one was divided by classes but in groups. Where there were no classes and each student decided what to study. In fact, you don’t have to imagine: welcome to “Escola da Ponte”. 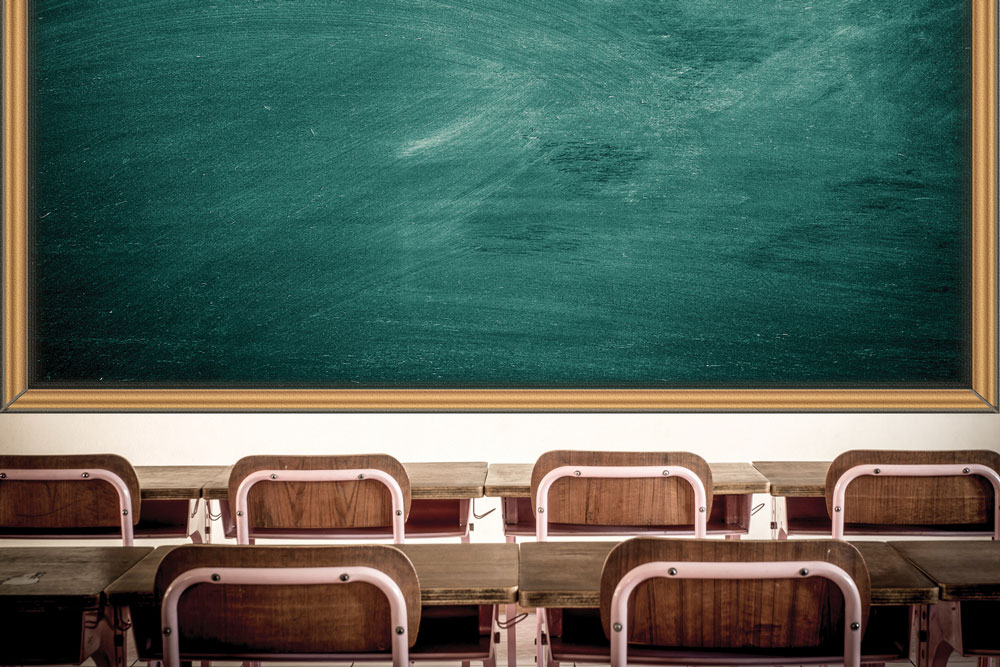 In 1976, in the aftermath of the Portuguese Carnation Revolution – which put an end to a dictatorship that lasted for more than four decades – José almost gave up on teaching. For this professor and pedagogue, the teaching model was out-dated, it did not consider each student’s individuality, it did not foster inclusion. Worse still: it did not assess; it classified. Thus, the model was, in and of itself, a denial of the right to Education. That’s when José Pacheco considered abandoning his teaching career and going back to Engineering – a degree he obtained from the Institute Superior de Engenharia do Porto –, but his devotion to teaching led him to stay on and showed him the “Bridge”.

We’re referring to Escola da Ponte, a public school in the district of Porto which became a metaphorical bridge (‘ponte’ in Portuguese) for change. In the same year, José Pacheco, together with two colleagues, designed and built the school where he would have liked to have studied. Thus, in Vila das Aves, a project that would revolutionise basic education in Portugal and later became a benchmark for other educational establishments in Europe and Brazil took root.

At the time, José Pacheco was called a fool: “Building Escola da Ponte was a long and hard process, plagued with incidents which, out of decency, I will not get into here. When I first intervened publicly, people not only said that the project was the euphoria of a young professor, they also said that when I were to be older I would be wiser.” He went into teaching partly driven by the desire to avenge his own school experience marked by bullying, which he was subjected to for being poor and cross-eyed. His generation acted out of love for teaching and intuition. 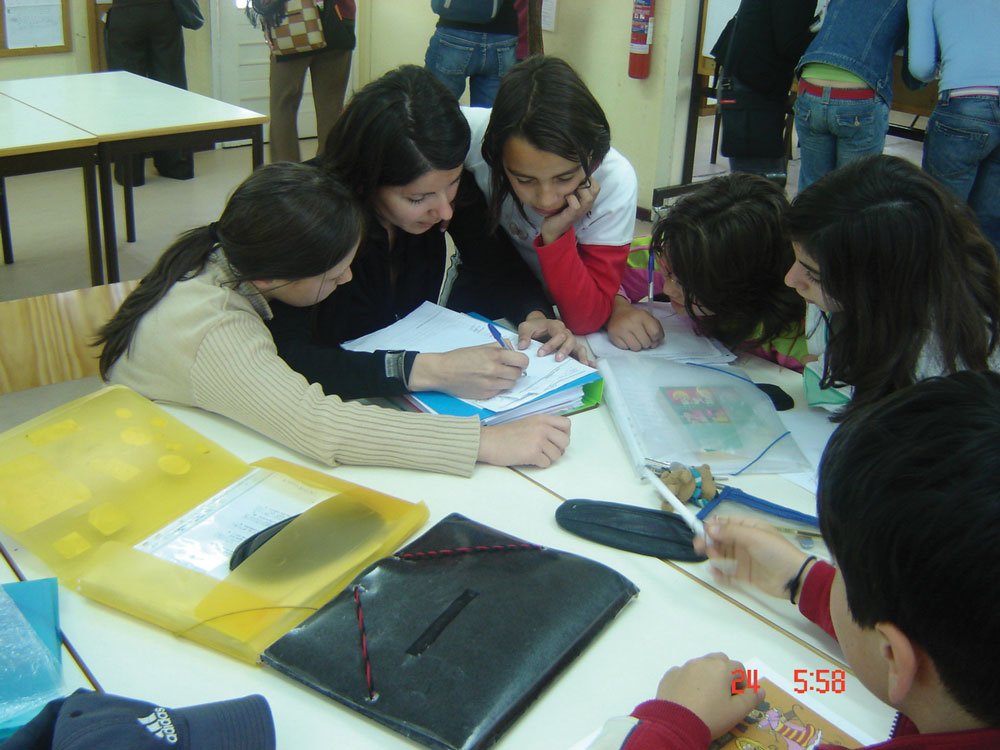 In Escola da Ponte, children commit themselves to accomplishing the tasks in their biweekly study plans and define what they want to study in a daily basis. They either work in dynamic groups or also individually and in pairs, with the help of their educational supervisors.

Later, he met Freinet, Piaget, Morin, and Deleuze, who inspired him in the design of the project, a daring school for a country in which democracy was still in its infancy. A school with no walls or hierarchies. A school without tests, classes, lessons per subject, bells, failing, which he believes go against inclusive learning.

This, to the more sceptical, immediately posed a question: “What conditions need to be met for effective learning?” The professor explains: “Learning happens when it is significant, inclusive, diverse, active and social. It happens whenever bonds are created, not just of a cognitive nature, but of affection, emotion, aesthetics, ethics… There is no effective learning in the classroom. If anything is learned, it is the result of factors beyond the teacher’s control: teachers don’t teach what they say; they convey what they are. We don’t learn what others say; we learn from their actions. What kind of teacher is this? How do they communicate? To make learning possible, teachers should be “critical of and reflect on their practices” and practise a horizontal, “dialogic communication”.

Here the teacher’s vision, as someone who cooperates, transcends communication and extends to the idea of their own image. In contrast to the conventional model, in which lectures are predominant, the teacher is seen as an “educational coach”, a tutor, chosen by the student at the beginning of the academic year. The teachers’ role is essentially to assist students in the preparation and fulfilment of their periodic study plans, and assessing their progress.

“Teachers don’t teach what they say; they convey what they are.”

To teach students how to be autonomous, responsible, free to decide every day whether they want to study Portuguese or Mathematics, to set their learning pace, and establish their study method. The school programme and the textbooks are those established by the Ministry of Education. “The assessment conducted in schools where I help and learn is that which the law defines, that is, formative, continuous and systematic. And the assessment records and evidence of learning contained in the assessment portfolios tell us what children have learnt, both regarding attitudes and cognitive achievements.”

One of the more sensitive issues when it comes to the Open Plan Schools model, similar to that created by José Pacheco, is in fact assessment, specifically the use of tests. The professor advocates that “there is no rigour in applying an instrument as fallible as a test” and insists that “in schools bound to an educational model inherited from the Industrial Revolution, there is virtually no assessment. And there is much confusion between assessment and classification.”

According to the professor, the characteristics of each student and their overall potential are not taken into account when using a standardised grading instrument, such as a test, which, consequently, “condemns many students to illiteracy, ignorance and unhappiness. And, given the deterioration of public schools, education is no longer deemed a right, but rather a commodity.” As schools are people and not buildings, and people are unique beings, José Pacheco believes that “in addition to education in citizenship (and not for citizenship…), every human being has the right to cultivate their talents, vocations, and gifts.

This happens by designing a subjective syllabus, which is impossible in the context of a classroom and lesson.” The “Bridging the Gap at Escola da Ponte” project has been the subject of academic research, and several educational institutions have visited the establishment, including those from countries at the world forefront of education, such as Finland.

To teach is not to transfer knowledge but to create the possibilities for the production or construction of knowledge. 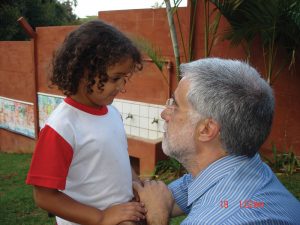 At the school, located in S. Tomé de Negrelos, Santo Tirso (north of Portugal), the concept of a class has given way to that of project group. Youngsters (from pre-school to year 9) are divided into three learning groups, according to their level of autonomy: Beginner, Consolidation and Development. The transition profile in the first two groups, and the exit profile of the third, includes 15 attributes that are common to all three, such as creativity, analytic and synoptic ability, a positive and collaborative relationship with the school community, critical thinking and self-planning.

A child that transitions to the intermediate group is expected, for example, to be able to prepare and update their Daily Schedule, which is dependent on the proposals in their Bi-weekly Schedule arranged with the tutor, without the latter’s intervention. Assessment and self-assessment of what has been learned are conducted using countless pedagogical tools, such as debates, when the students feel that they are ready, when they feel the need to express or apply acquired knowledge.

When a student is unable to achieve his goals, he can ask the group for help or register on “I Need Help”, thus requesting a direct lesson. This lesson is always given when there are requests for help from groups of students. However, it is open to all students who express an interest in benefitting from such help or those who would like to help. With the aim of educating democratically engaged citizens, the project’s School Assembly is a fundamental pillar. The body is managed by a Board elected by the students at the beginning of each academic year. Meetings are held weekly where all types of issues related to the operation of the school are discussed.

TECHNOLOGY: A(NOTHER) BRICK IN THE WALL?

In 1995, José Pacheco left Portugal to “learn Brazil”. Of all the educational projects he has been a part of, “Projeto Âncora” (Anchor Project) is the most renowned. Launched to improve the reality of the disadvantaged children and teenagers of Cotia (in the state of São Paulo), this ‘Anchor’ is famous for also having a strong artistic component. The school has a circus tent with workshops on skating, karting, tile art, and music for children between the ages of 12 and 14 from the favelas, the local name given to shanty towns in Brazil.

The educational programmes include the use of new technologies, a must in today’s world. But just how much technology is there and how is it used in the school context? José regrets that schools have become “adorned” by technology, fostering individualism and isolation, instead of encouraging sharing and collaboration: “given the way in which new technologies are being used, I fear that they will become panaceas, serving only to increase the solitude of youngsters who have become accustomed to immediacy, consuming uncritically, with no trace of cooperation with their neighbour, reliant upon fragile affective bonds, establishing virtual identities.” 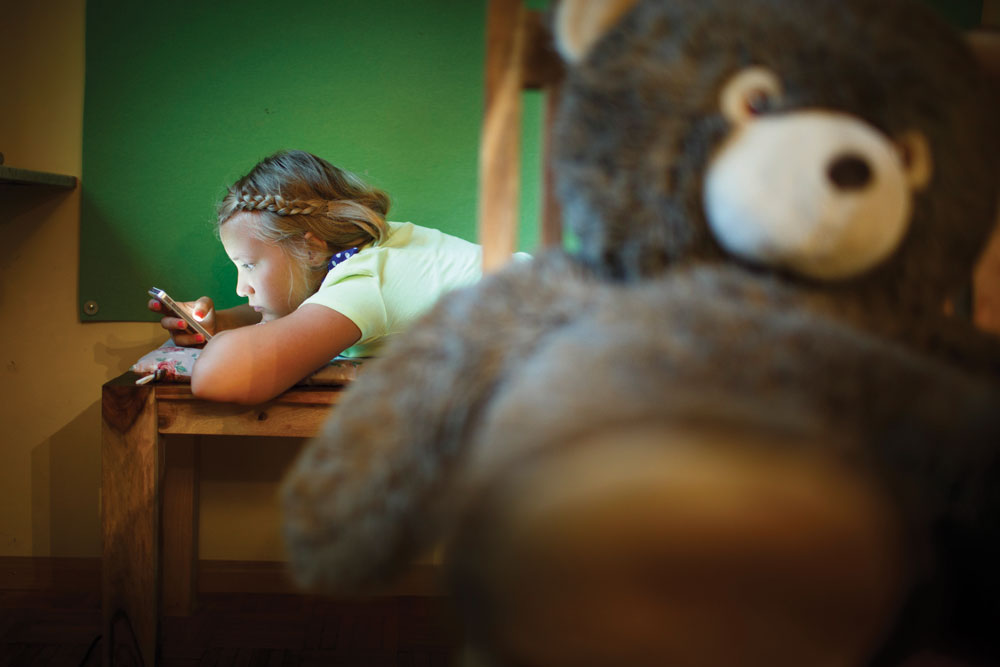 By increasing solitude and isolation in the classroom, technology may be – to borrow an iconic metaphor from one of Pink Floyd’s most popular songs – another brick in the wall. While the wall is as the self-isolating barrier we build over the course of our lives, the bricks are the people and events that turn us inward and away from others. This story evokes another song, by Supertramp: “School”, a rebellious cry against authority and imposed standards, and the dependence on knowledge from books, which also points out the chance to find our own individual path in spite of the system: “It’s always up to you if you want to be that/Want to see that/Want to see that way”.

Forty-one years after his bold move, the system hasn’t changed in the direction José Pacheco wanted, but he hasn’t changed his mind either. In addition to his work in the field, he continues to travel the world giving lectures and attending conferences. Every now and again he visits Portugal, where Escola da Ponte still stands tall, but the project didn’t catch on. In his view, the obstacle is purely political: “There is no political courage to take steps to reorganise schools.

The steps taken by the current administration are significant, but meek.” However, he looks to the future of our schools with hope: “Let’s not lose hope. There is an emergence of projects that create spaces for reflective coexistence, which schools need. I see teachers being treated with respect, such that they may enjoy human dignity and view other educators and students as people.” 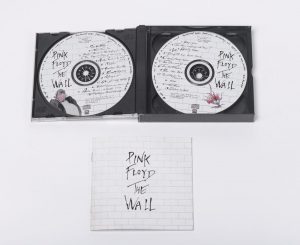 Pink Floyd’s single “Another Brick in the Wall – Part 2” was released in 1979 and sold more than 4 million copies worldwide. The resistance anthem is based on the idea that authority figures build this wall between themselves and young people

“Learning exists whenever ties are bound, not only cognitive ties, but also affective, emotional, aesthetical and ethical.”