The 2018 edition of the Condé Nast International Luxury Conference will take place at Pátio da Galé, in the heart of Lisbon, on 18-19 April. 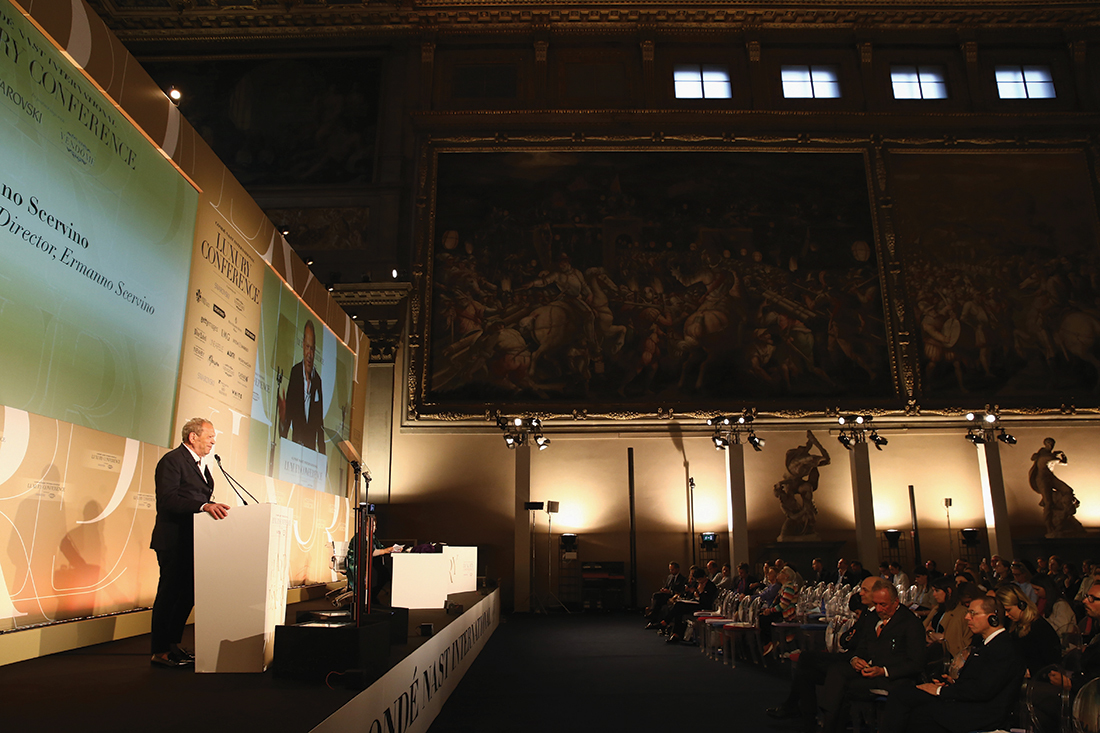 Portugal is trending, and this is perhaps the reason it has been chosen to host the next conference organised by the Condé Nast group – owners of magazines such as “GQ”, “Vogue” and “Vanity Fair” – and which brings together the international luxury industry’s most senior and influential attendees. The CNI Luxury Conference will be held at Pátio da Galé, in Lisbon, on 18 and 19 April 2018, with the theme “The Language of Luxury”.

The host country was announced in April 2017 by International Vogue Editor and curator of the Condé Nast International Luxury Conference, Suzy Menkes, who, in October, unveiled the names of some of the speakers. Giambattista Valli and Maria Grazia Chiuri (from Dior), Christian Louboutin, Felipe Oliveira Baptista (from Lacoste), Philipp Plein, Gabriela Hearst, jewellery designer Sabine Getty and Johnny Coca (from Mulberry), are just some of the figures who will be in the Portuguese capital to discuss, for example, how the luxury industry operates in Latin America and in Africa.

The conference will take place over two days, but the welcome reception takes place on 17 April 2018, at the Palácio de Xabregas, and the party will be hosted the next day at the Four Seasons Hotel Ritz, also in Lisbon. The organisation has included a tip for attendees in the programme: wear comfortable shoes to effortlessly roam the Portuguese cobblestone pavements and hilly streets. The CNI Luxury Conference was launched by the Condé Nast group in 2015 and welcomes 500 participants from more than 30 countries every year.

Food in the Future: evolution or revolution?
Poland to Host Climate Summit 2018
Portugal and Colombia: Golden Retirement
After the Web Summit
The Web Summit is coming to Lisbon