This book displays the profound insight that characterized Paulo Freire’s work to the very end of his life, being a provocative exploration for all that learn and live. 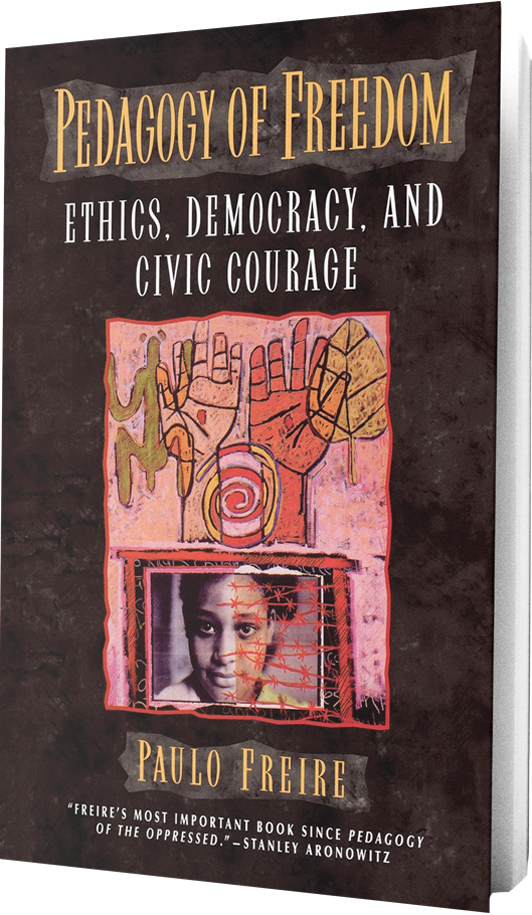 This book is a stirring culmination of Paulo Freire’s life inspiring work. Perhaps the most influential thinker about education in the late 20th century, Paulo Freire (1921-1997) developed an approach to education in which he argued for a system that emphasized learning as an act of culture and freedom. He created the concept of “Banking Education”, a traditional form of education where the job of the teacher is to deposit knowledge in the minds of the students.

In “Pedagogy of Freedom”, the late Brazilian pedagogue travels even more deeply into the territory where learning and activism are the essence of human life, central to the creation of the individual, culture, and history. The author advocates that, in the emerging global society, there is a new education context that must regard and interrogate the reproduction of dominant ideologies. Freire addresses himself directly to teachers.

As whoever teaches learns in the act of teaching, and whoever learns teaches in the act of learning, he reflects on how to create the best conditions for potentiating the production of knowledge, providing on almost every page concrete examples of the principles and values espoused.