Salicornia, Treasure of the Modern Kitchen

Once described as the poor man’s asparagus or fishermen’s food, this delicacy is becoming a trendy garnish in many gourmet restaurants all over Europe. Besides, salicornia’s nutritional benefits make it a healthy alternative for salt. 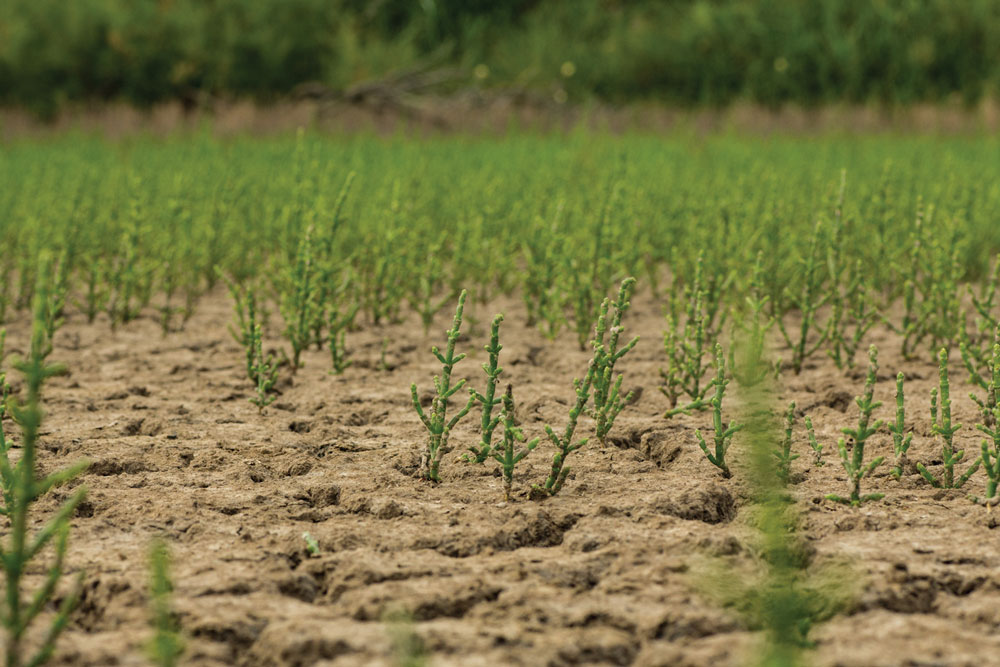 The name has originated from the Latin word meaning “salt” and it is a halophyte, belonging to Amaranthaceae family. The genus Salicornia is widely dispersed in Eurasia, North America and South Africa. From a European context, salicornia can be found on much of its coastline and sporadically where inland saline waters occur across the continent. Salicornia europaea is the most widely distributed species in the salicornia genus across the UK and Ireland.

The “green salt” has only gained popularity in culinary circles over the past five years. However, historically, salicornia has served as a functional food in colder coastal regions of Northern Europe, by providing a high level of vitamins in spring, after a winter of few nutrient-rich vegetables being available. Marsh samphire’s usage has also extended to industry throughout the centuries.

In medieval and early post-medieval centuries, salicornia was gathered and burned in heaps and the ash fused with sand to make glass. In the 16th century, the word “glasswort” was created to describe plants (wild or cultivated) growing in England that could be used for making soda-based glass, which explains just one more of the plant’s countless designations. 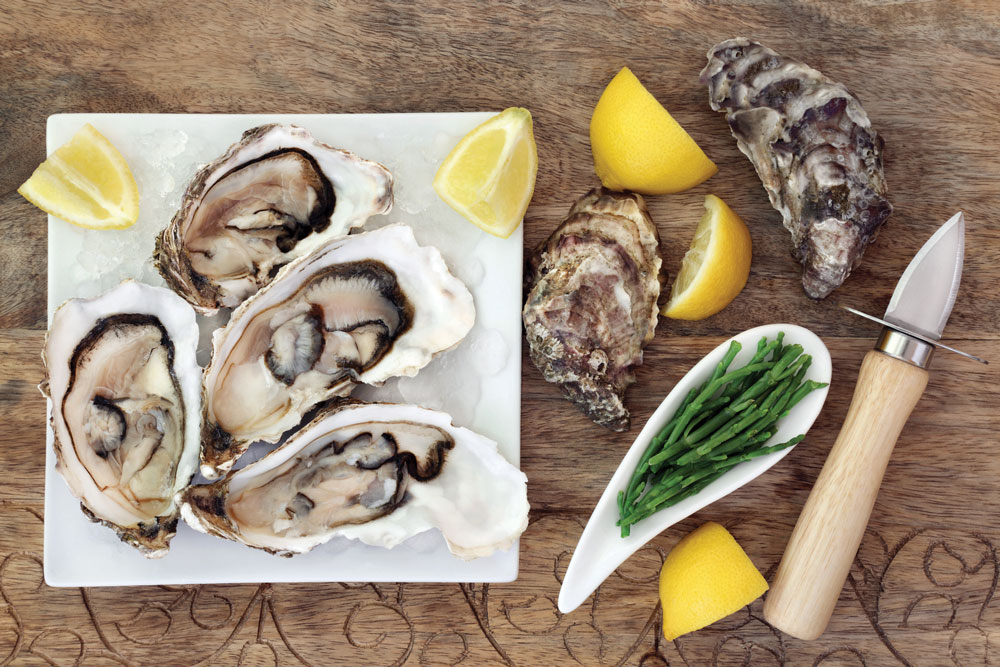 When you add salicornia to fresh oysters you get a completely different dish in both texture and flavour.

At school, we were taught there were four basic taste receptors: sweet, sour, bitter and salty. However, some years ago in Japan, a fifth one was identified in the central part of the tongue. It is called umami and means “delicious”. Curiously, one of the characteristics of sea asparagus is that savoury taste that acts as a natural flavour booster. Its texture, structure and morphology conjoin to that very special finishing touch in so many dishes salicornia is now famous for adding an extra twist in flavour.

Yet, salicornia’s food potential transcends its unique taste. The plant’s nutritional value and medicinal benefits are impossible to ignore. It is mostly comprised of complex carbohydrates and low in fat and calories. Salicornia is an excellent source of vitamins, in addition to being rich in minerals, calcium, iodine and iron. From a medical and pharmacological standpoint, several species of the genus salicornia have different biological activities such as, for example, antioxidant, antibacterial, anti-inflammatory, anti-tumour properties.

FROM PEDESTRIAN FARE TO GOURMET TREND

Once described as the poor man’s asparagus or fishermen’s food, this delicacy is fast becoming a trendy garnish in many of the gourmet restaurants all over Europe. In Portugal, where salicornia has been considered as a weed and a plague of salt pans, its nutritional properties have recently increased interest in its production.

This marine vegetable can be found along coastal areas, mostly in channel margins and salinas in Ria de Aveiro, 250km north of Lisbon, and Ria Formosa, in the Algarve, and is planted in December and collected between March and September. Start-up companies such as Canal do Peixe and Ria Fresh pioneered the production of salicornia but Horta da Ria, born last June, is the first one exclusively dedicated to growing the green salt. It will sell 100% biological fresh, frozen, dehydrated and picked salicornia – a great side order to a deli plate, like cheese and sausages. 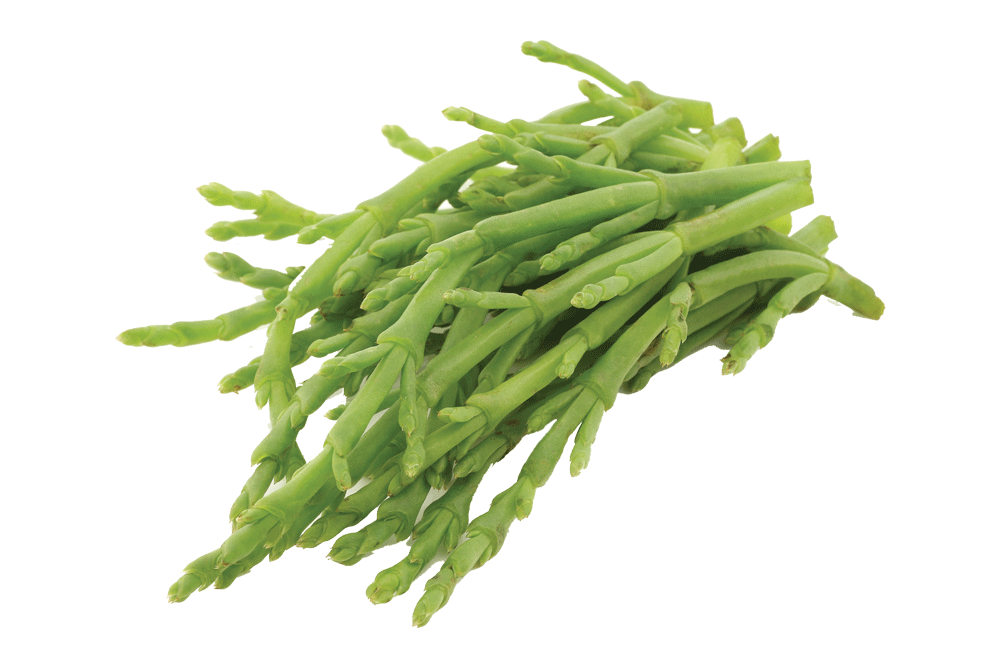 A SUBSTITUTE FOR TABLE SALT

High sodium consumption (>2 grams/day, equivalent to 5g salt/day), paired with insufficient potassium intake (less than 3.5 grams/day), contributes to high blood pressure and increases the risk of heart disease and stroke. As a result, the World Health Organisation (WHO) recommends that adults consume less than 5 g (just under a teaspoon) of salt per day. With this in mind, WHO member states have agreed to reduce the global population’s intake of salt by a relative 30% by 2025.

In order to improve the health of populations throughout the world by achieving a gradual reduction in salt intake in processed foods as well as salt added during cooking, and at the table, the World Action On Salt and Health (WASH) was established in 2005. WASH is encouraging multi-national food companies to reduce salt in their products and working with governments stressing the need for a population-wide salt reduction strategy.

Among WASH’s initiatives, there is the World Salt Awareness Week, whose theme for 2017 was “Salt: The Forgotten Killer”. According to its website, despite the fact that many countries around the world are now engaged in salt reduction activities, progress has been slow, making the WHO’s deadline hard to meet. 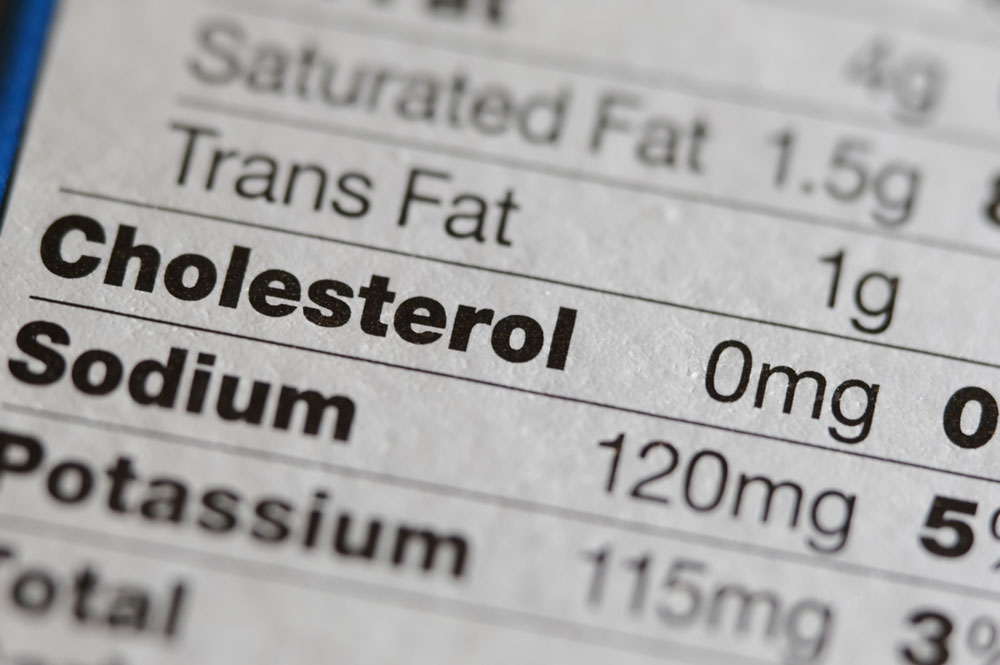 Sodium in the radar
World Action On Salt and Health (WASH) was established in 2005.
WASH is encouraging multi-national food companies to reduce salt in their products

As food insecurity looms large, Salicornia’s nutrition sources should not be neglected. Medical research suggests the plant’s benefits make it a healthy alternative for salt. As a matter of fact, it only contains 7 % of sodium for every 100 grams, as opposed to 35% contained in table salt. Nevertheless, it looks like it will take some time for countries to go for glasswort’s cultivation and catch up with Holland, France and the UK’s (its top producers) numbers in this regard.

Despite this scenario, some measures are already being taken or at least will be in the months to come. In 2018, the Portuguese government will set a reduction plan regarding salt, sugar and trans-fatty acids present in packaged foods, ready meals and cooked meals served in canteens. In Colombia, the Ministry of Health is about to limit the amount of sodium in almost 70 products.

Who member states have agreed to reduce the global population’s intake of salt by a relative 30% by 2025.

Cheeses, tortillas, butter, sausages, tuna and sardines are just a few examples. In Poland, where ischemic heart diseases were the first cause of death in 2016 too, the food industry is taking the lead. Justyna Szymani, Responsible for Development and Control of Food & Non-Food Biedronka Own Brand Products, says that the main goal is “to get a healthy product at a competitive price without losing taste”.

Last year, 109 Jerónimo Martins’ Private Brand products, in Portugal and in Poland, underwent nutritional reformulation, preventing 31 tonnes of salt from entering the market. This achievement became possible thanks to the efforts of the Group’s suppliers, such as the Graal Group, which cut 9 tonnes of salt from its fish production. Boguslaw Kowalski, founder and CEO of the leader of the fish processing industry in Poland, highlights a growing demand for quality by the consumers. 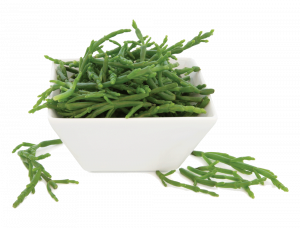 One single plant, many different names

Sea beans, pickleweed, marsh samphire, glasswort. You may even find it labelled as chicken claws or crow’s foot greens, due to its many fleshy branches. But probably ‘’asparagus of the sea’’ is the one which gives you the best hint as to what it looks like. The truth is that it doesn’t really matter what you call it because you will definitely be able to detect this delicacy in our taste buds. 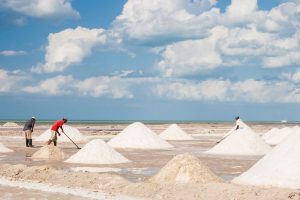 Sea beans’s fleshy stems are bitter yet yummy. They can be eaten either raw or cooked in several ways, excelling in fresh summer recipes, raw in salads, steamed or lightly pan-fried in shellfish dishes. Salicornia is also used as seasoning and in both alcoholic and non-alcoholic drinks.