15 Dec Walking side by side

Walking side by side 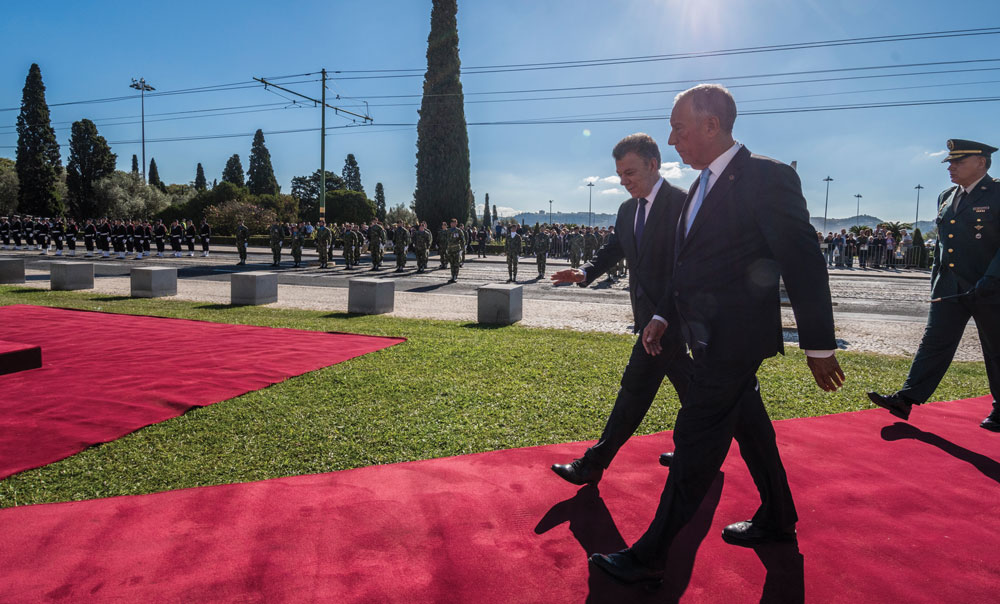 The economic-peace dividend gained with the implementation of the historic peace deal with FARC is expected to materialize gradually, through higher tourism and both domestic and foreign investment. During his visit to Portugal in November, where he was awarded the “Grande-Colar da Ordem da Liberdade”(Grand Collar of the Order of Liberty), Juan Manuel Santos confirmed the growth expectations. The President of Colombia named some important achievements of the post-conflict era and highlighted the role of Jerónimo Martins in the rise of Colombia’s economy.

Colombia’s peace process is thriving, “irreversible” and should increase economic growth by an additional 1 %, at least. An assertion made by the Colombian President, who, in November, visited Portugal for the second time as head of State, and expressed his country’s interest in receiving increasingly more Portuguese investment. Citing the Jerónimo Martins Group as a success story, which entered the Colombian market in 2013, Juan Manuel Santos emphasizes: “The Group had never been there before and, today, has more than 300 stores in Colombia. I wish the same (success) for all Portuguese companies”. 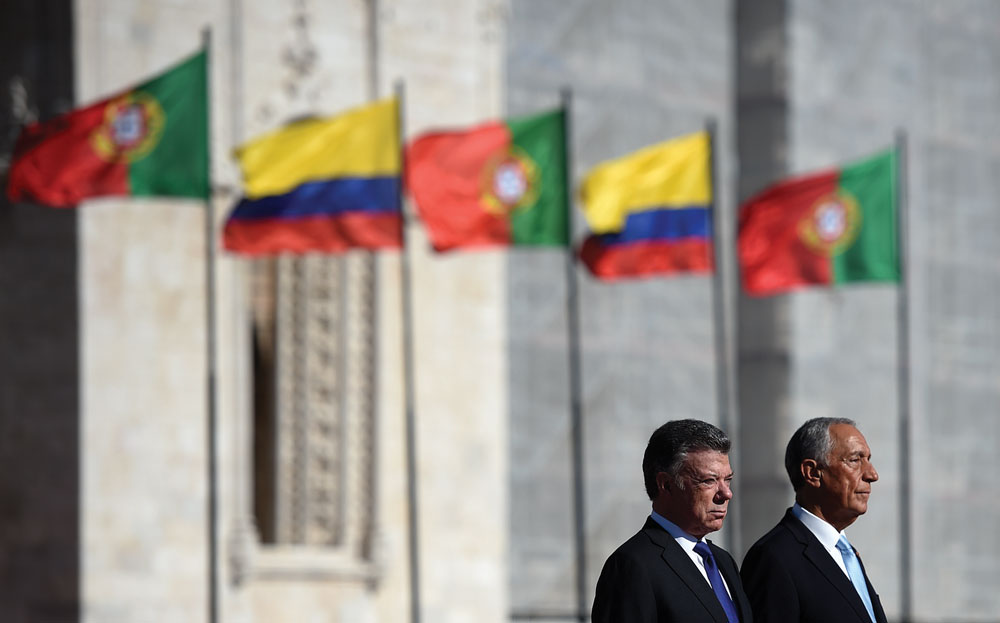 The enthusiasm of the Colombian leader is focused on tourism, agriculture and agro-industry sectors and is based on the fact that Colombia is the third most competitive country in Latin America, surpassed only by Chile and Mexico and comes second in the 2017 competitiveness ranking which highlights advancements made in productivity and macroeconomic behaviour.

In 2016, economic growth was 2% and, in the third quarter of this year, the rate held steady at 2%, within the Finance Minister’s forecast for 2017, thanks to agriculture which has been the main driver for growth. Next year, expectations have the economy expanding 3%. “With peace, there will be more investment by domestic and foreign companies, and that means more jobs and more opportunities across Colombia. We have also designed a tax incentive scheme for companies who invest in former conflict areas”, admits Juan Manuel Santos in an interview given to Portuguese daily newspaper “Diário de Notícias” during his visit to Portugal.

With peace, there will be more investment in domestic and foreign companies, and that means more jobs and more opportunities across Colombia.

Legal certainty, a business environment that is conducive to foreign investment and the non-existence of barriers that hinder reported profits from being transferred out of the country make Colombia a safe destination for foreign investment. Added to this are political stability, a strategic geographical location, middle class growth, available qualified labour and 48 million inhabitants, 55% of which are under the age of 30.

Portuguese exports to Colombia have increased 40% in the past five years, to approximately 47 million euros by the end of 2016. And this is far from the 282 million euros that Portugal imports (93% of which are fuel), according to Banco de Portugal and the Portuguese National Institute of Statistics. Portugal is already the seventh foreign investor in Colombia, focusing in retail, tourism, construction, oil services and pharmaceuticals, amongst others.

In the several interviews given to Portuguese media outlets, Juan Manuel Santos invited the Portuguese people to visit Colombia and to explore “a vibrant country, that is growing and thriving”. Its natural beauty, home to the world’s second largest biodiversity, a natural and cultural richness that is matched by the friendliness of its people, has the President of Colombia saying: “We’re waiting to welcome you with open arms”.

The President of the Portuguese Republic, Marcelo Rebelo de Sousa, this past November awarded the President of Colombia, Juan Manuel Santos, the Grand Collar of the Order of Liberty “for the fight for peace, liberty and democracy”, and presented his wife, Maria Clemencia Rodríguez with the Grand Cross of the Order of Infante D. Henrique. An honour bestowed following Juan Manuel Santos having received the Nobel Peace Prize in 2016 for having put an end to armed conflict with the Revolutionary Armed Forces of Colombia (FARC).

The peace agreement saw an end to a 50-year conflict that killed over 200 thousand people and displaced approximately seven million people. “I will never forget, until the day I die, that the last FARC weapon handed to me was given to me by a Portuguese woman. This is an image I will take with me to my grave, eternally grateful”, the Colombian President recalls during the ceremony. 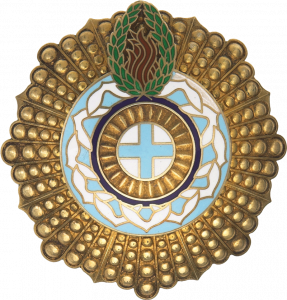 Managing the best people
Fundação Obra do Ardina
Hope for Mundial
Empowering The New Generation
António Guterres: “A Strong impulse to do something”