22 Nov Bowie on the Wall

Bowie on the Wall

Warsaw pays tribute to Bowie with wall painting. Polish David Celek was the chosen artist to create a portrait of the British musician, who passed away on January 10, 2016. 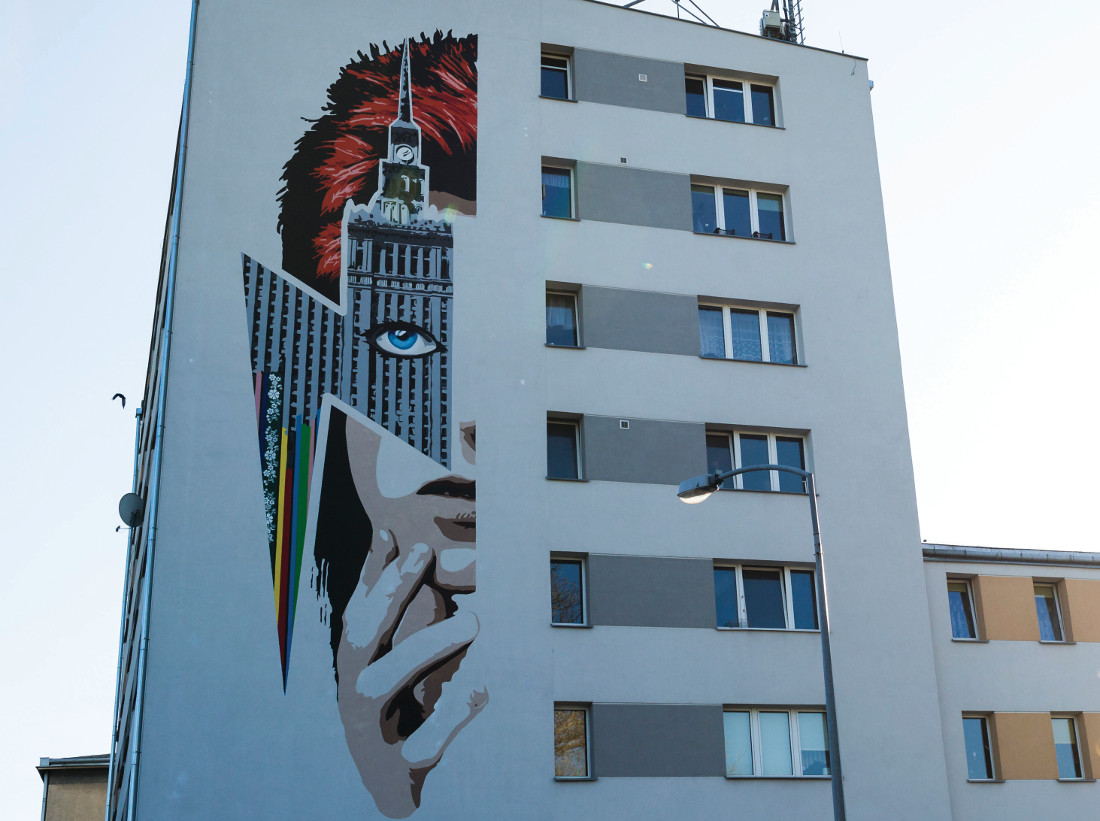 Polish Dawid Celek was the chosen artist to create a portrait of David Bowie, who passed away in January, on the façade of a building in Warsaw. The initiative was promoted by the Polish writer and journalist Beata Chomątowska, with the intention of paying tribute to the British musician and the time he spent in Żoliborz, in the Polish capital in 1973, or 1976, according to different sources, during a train trip from Moscow to Paris.

The contest was announced in February this year by the association Stacja Muranów, responsible for dozens of other initiatives connected to wall paintings in the city, and chaired by Beata Chomątowska.

From amongst the 20 projects presented, the selection board decided to choose two artists at the beginning – Dawid Celek and Jan Kallwejt –, whose proposals “managed to interpret in an original and creative way David Bowie’s passage through Warsaw”.

The portrait painted by Dawid Celek, that incorporates part of the front of the emblematic Palace of Culture and Science on Bowie’s face, was selected after online voting by the audience. The work was unveiled on April 21st, in Żoliborz.