08 Nov Corral: from Guerrilla to Journalism

Corral: from Guerrilla to Journalism 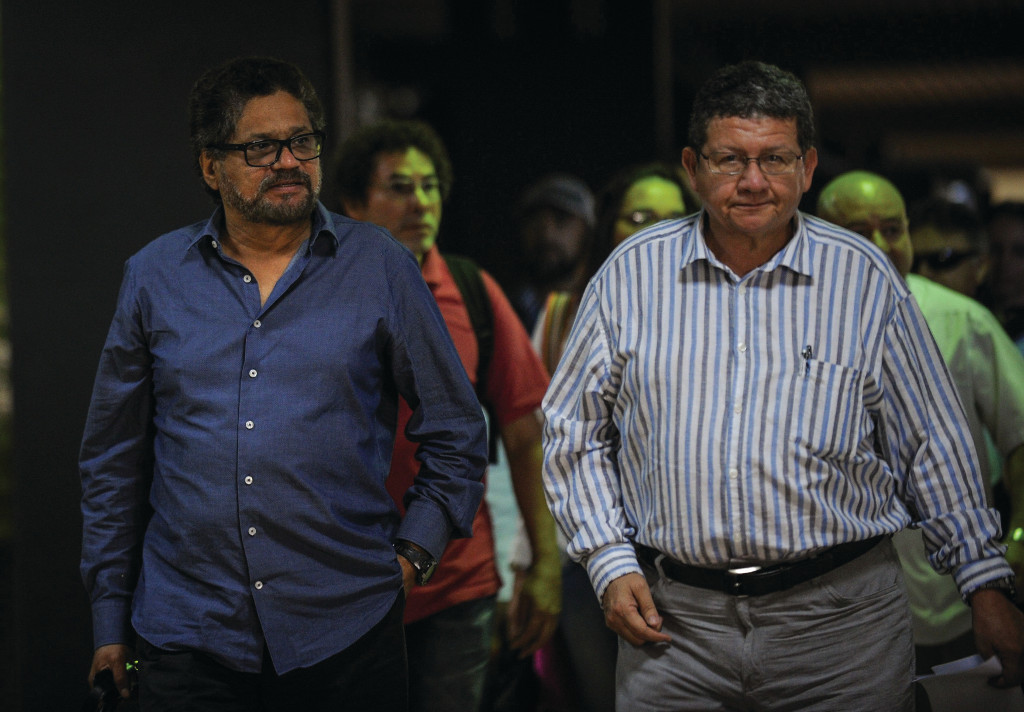 Today, at the age of 70, Hernando Corral is a renowned Colombian journalist, winner of the Simón Bolívar National Lifetime Achievement Award for Journalism in 1999, and one of the leading experts on the conflict that plagues the country and on the Peace Process that President Juan Manuel Santos is taking forward. However, Corral’s foray into journalism sprang from his connection to the workers’ struggle and from his first-hand knowledge of the guerrilla’s situation.

The great change in Corral’s life came in 1973 when he joined Colombia’s first-ever human rights committee, set up by Gabriel García Márquez and by the journalist Enrique Santos Calderón, the brother of current President Santos. “Through the so-called Political Prisoners Solidarity Committee, we dedicated ourselves to providing a legal defence to prisoners, who were mostly members of the different guerrilla movements like the Revolutionary Armed Forces of Colombia (FARC), the Popular Liberation Army (EPL), the National  Liberation Army (ELN) or the April 19 Movement (M-19).”

Journalism allowed Corral to gain “a deeper understanding of the unorthodox practices of the guerrilla”.

Shortly after, García Márquez and Santos Calderón founded the weekly magazine Alternativa which “was a kind of continuation of the human rights committee,” states Corral in an interview with feed, since “we continued to denounce violations of the legal protections of guerrilla members, but also of members of indigenous, trade union and popular movements.”

It was in “Alternativa” that Hernando Corral got his start in journalism, an activity that allowed him to gain “a deeper understanding of the unorthodox practices of the guerrilla” and in so doing to distance himself, little by little, “from all the fundamentalist groups and parties.” Hernando Corral would end up having a long career in journalism, counting twenty years at the “Noticiero de las 7” news programme and ten years at the “El Tiempo” newspaper.

In his view, the current process differs from previous attempts because it is “the product of a military decision taken by President Álvaro Uribe’s government to declare a war without borders on the FARC, employing all the resources of the State,” thereby managing “for the first time to put an end to the myth that the FARC were untouchable and inflicting unprecedented military defeats on them.” This offensive, says Corral, “started undermining the morale of the guerrilla fighters and gave the country hope that the guerrillas could finally be wiped out.” Hernando Corral, born in 1945, Joined the national liberation army (ELN) around the age of 25.

Hernando Corral believes that the FARC arrived at the negotiating table in Havana in 2012 as a force that “had been defeated militarily by the heavy blows struck against its leaders and not as a result of an internal political debate within the organization over the validity of the armed struggle.” To this he adds “the FARC’s unpopularity in the eyes of the Colombian public,” due, among other factors, to the violent methods used by the guerrilla and “to their links to drug trafficking.”

Putting an end to armed groups that “have committed all kinds of human rights violations and have confused the ends with the means, leaving thousands of people dead and disappeared,” explains Corral, “is a crucial step towards rebuilding a freer, more democratic Colombia and paving the way to overcoming the social problems that have kept millions of Colombians living in poverty and subject to social injustice.”

In reference to the agreements reached so far, Hernando Corral starts by saying that “only when the final accord is signed can a definitive view be taken on the pros and cons of the negotiations.” Nevertheless, agreement has been reached on reforms that “may transform the Colombian countryside, improving the living conditions of small and medium-sized farmers and agricultural workers.”

The outlook is favourable. “For many years, we, Colombians, have been longing for peace in our country. It is a country tired of so much violence. Both the guerrilla and the other armed groups have lost all sympathy and are rejected by society in general.”

In what regards transitional justice, which “will judge the crimes committed by guerrilla and paramilitary groups and even by agents of the State,” so that no war crime or crime against humanity goes unpunished, Hernando Corral hopes “that these tribunals may serve as an example for conflict resolution in other parts of the world.”

Colombia: A Story of Success and Hope
Colombia: Giving Peace a Chance
History and Causes of the Colombian Conflict
A visual journey through the colombian conflict
The Post-Conflict: Challenges and opportunities for Colombia