Biedronka has been supporting the activities of the “Hope for Mundial” Association, which organises both Poland’s and the World Football Championships for Children in Foster and Institutional Care in Poland. 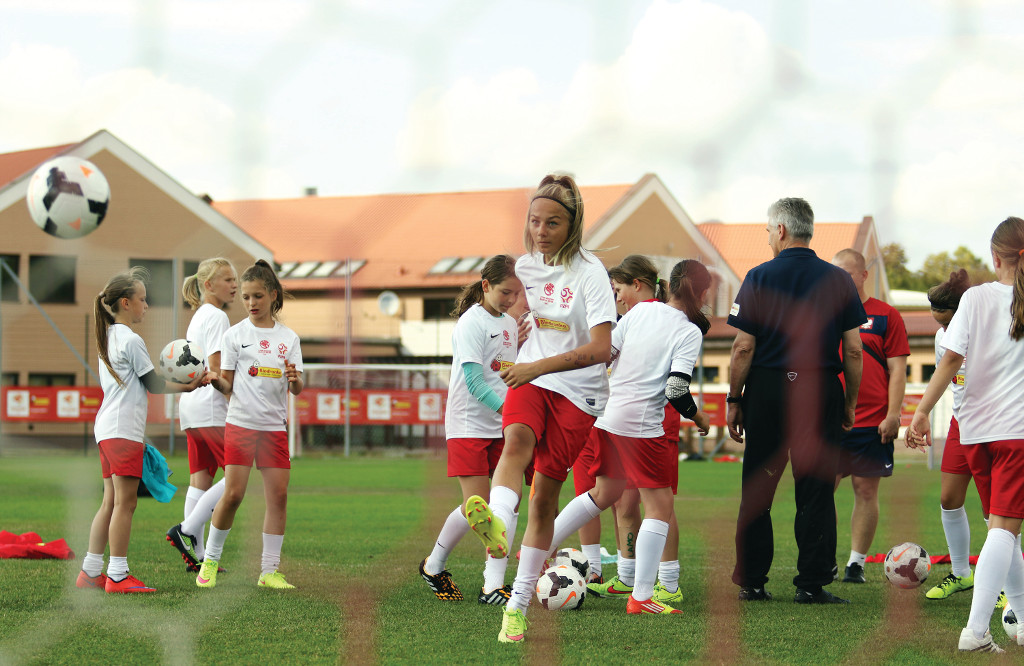 The Young Eagles Academy (AMO) is a project of free football schools run by the Polish Football Association (PZPN), with Biedronka’s sponsorship. With this project, both girls and boys aged between 6 and 11 are able to develop their football passion. Classes take place during the school year on selected “Orliki” football pitches across Poland. During the holidays, there are sport camps held for older children, aged between 11 and 13, such as the Summer Academy of Young Eagles (LAMO).

Currently, 24 academies are operating across Poland. The project was deployed in 2014. In the 2014/2015 school year, classes were attended by almost 1,500 children from all over Poland in 15 Academies. In the 2014 summer, LAMO camps were attended by 160 children, while in 2015 the number of attendees reached 240. Qualifications for AMO and LAMO are carried out during family picnics named “Talent Days”, during which young sportsmen are assessed by coaches of the PZPN. The Biedronka chain supports the project by financing the organisation and the maintenance of the Academy.

THE “HOPE FOR MUNDIAL” PUSH

Since 2011, Biedronka has been supporting the activities of the “Hope for Mundial” Association, which organises both Poland’s and the World Football Championships for Children in Foster and Institutional Care in Poland and abroad (Europe, Africa, Asia, South America). The events are held as part of the “Hope for Mundial” project. It is supported by well-known sportsmen, including Dariusz Dziekanowski, Cezary Kucharski, Jarosław Gilewicz, Jacek Krzynówek and Maciej Szczęsny, Frank Verlaat (Ajax Amsterdam), Sergey Aleynikov (Juventus, a silver medallist of Euro 1988), Alexandar Vuković (Legia), and Raimondo Marino (Lazio Roma).

The Association also organises regional tournaments, youth trainings, art tournaments and supports kids in education as well as it helps them to choose their career paths Biedronka supports the activities of the Association in terms of financing, organisation and donations, such as refreshments and beverages during the championships and in-kind prizes). Since 2010, the sporting events organised by the Association have been attended by a total over 5,000 children from more than 36 countries. In 2016, Poland’s Championships have been attended by 400 competitors and the World Championships will be attended by almost 300.