19 Dec A visual journey through the colombian conflict

A visual journey through the colombian conflict

Take a different look into some of the key moments in Latin America’s longest-running conflict. 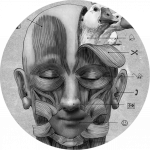 Assassination of Jorge Eliécer Gaitán
The left-wing mayor of Bogota is murdered, leading to massive urban riots and, subsequently, to a civil war between Liberals and Conservatives known as “La Violencia” that killed 250,000 to 300,000 Colombians FARC are founded
Members of the Colombian Communist Party took arms and started armed groups. The biggest and most important one is Fuerzas Armadas Revolucionarias de Colombia, FARC

Plan Colombia
Pastrana launches Plan Colombia, with financial help from the US, to fight drug trafficking. Some 1.3 billion dollars from the US went, mainly, to the military Government peace talks whit FARC
The peace talks between the government and FARC start in Havana, Cuba, in November 6

Colombia: A Story of Success and Hope
Brexit and the Anglo-Portuguese alliance
Colombia: Giving Peace a Chance
History and Causes of the Colombian Conflict
The Post-Conflict: Challenges and opportunities for Colombia