Paris, the heat is on

After many years of negotiations, representatives from 195 countries signed an historic treaty in which they pledged to adopt measures to curb the rise in global temperatures. 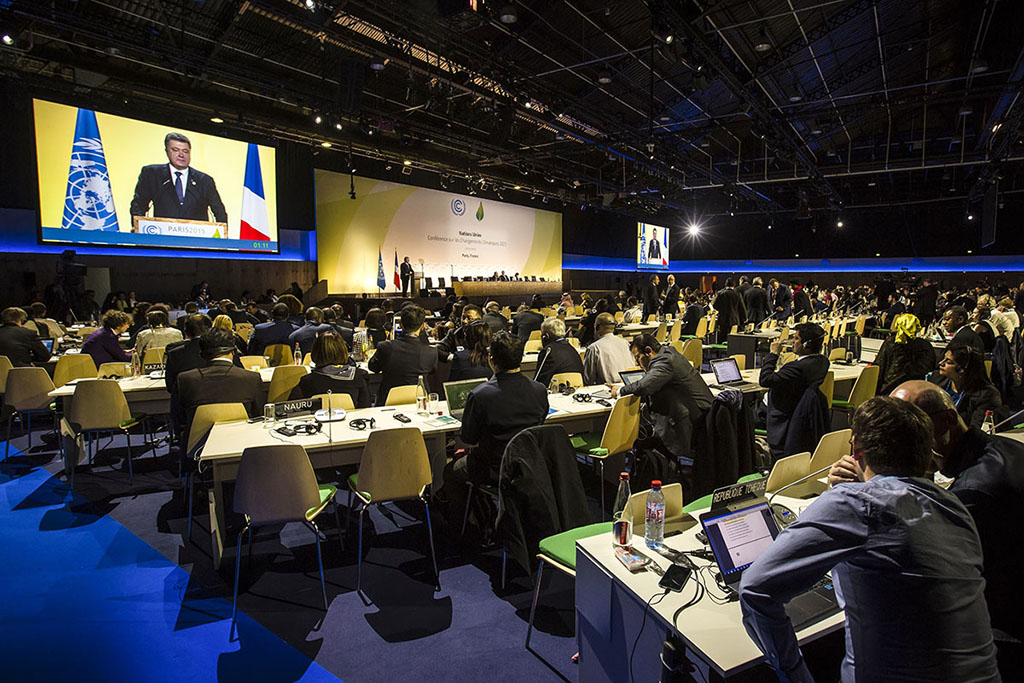 After many years of negotiations, an international agreement was finally signed to deal with climate change. Representatives from 195 countries met in December last year, at the Climate Summit in Paris, to sign a historic treaty in which they pledged to adopt measures to curb the rise in global temperature to 1.5°C. A degree above that may be the end for our planet.

In the days that followed the signing of the agreement, the issue made headlines in newspapers around the world, and images of French President François Hollande, UN Secretary General Ban Ki-moon and the then French Foreign Minister, Laurent Fabius, holding hands and having their arms stretched forwards, quickly became a powerful symbol of the historical moment which the French capital had witnessed that day.

Filipe Duarte Santos, who participated in the Climate Summit as Portugal’s representative, recounted that the final moments of this great meeting were “very emotional”. Although everything was very well prepared, something unforeseen could have happened. But this was not the case and the agreement was eventually passed with the “yes” vote of all the countries.

While acknowledging that “the summit, in itself, does not solve all the problems we have”, Filipe Duarte Santos pointed out the differences between this and previous summits, and between this agreement and the Kyoto Protocol. “They were more ‘top-down’ processes, in the sense that they were to a certain degree imposed by the UN on countries regarding what each should do. In Paris, a different format was adopted – each country presented a proposal. This allowed all countries to participate, which ended up binding all of them around one same goal, instead of including just the most developed countries”.

Is Climate changing our food?
SOS Tenibilidad
The Web Summit is coming to Lisbon
Deep Warm enough?
This Changes Everything