21 Nov Is Climate changing our food?

IS CLIMATE CHANGING OUR FOOD?

Will the rising temperature in the planet affect the food we eat? A TV host, a Chef and a climate change expert digested this question over a meal. 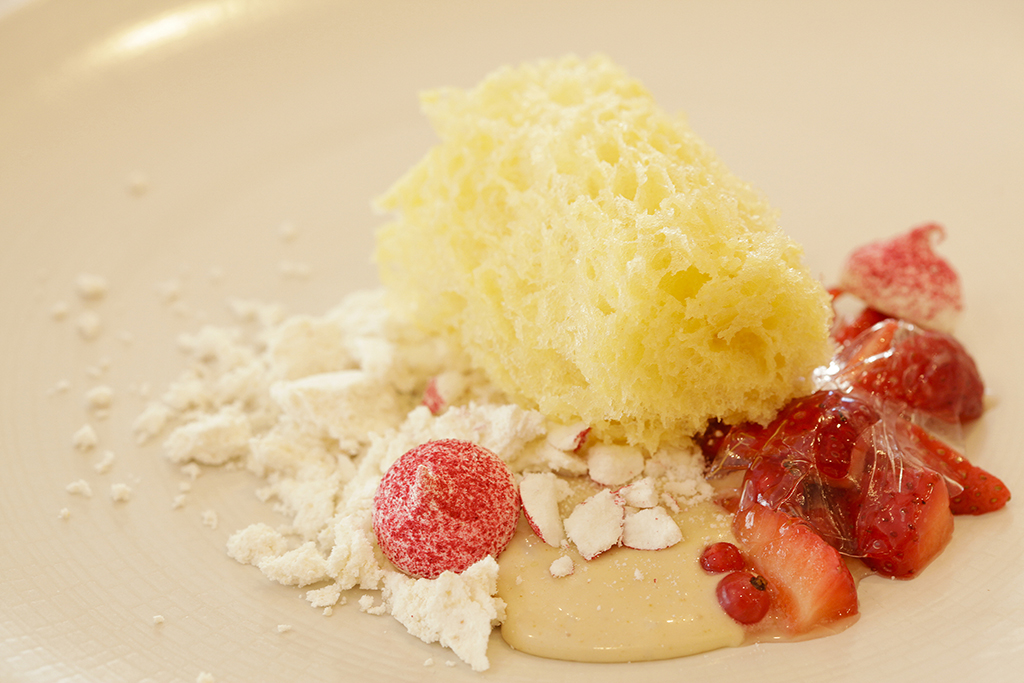 Will foods like bread, rice and wheat disappear in the future? Is it true that certain species of fish will disappear from the Portuguese coastline in the near future due to climate change? What will be on our plates in 50 years? These are some of the questions which brought together a specialist in climate change, a UN Goodwill Ambassador and a chef who travelled through 26 countries to better understand how families from around the world savour food at home. Filipe Duarte Santos, Catarina Furtado and Kiko Martins, chef of the “O Talho” (The Butcher) restaurant in Lisbon, were the guests for a conversation about one of mankind’s main problems – climate change. But the most important question of all is – which way are we heading? Professor Filipe Duarte Santos holds a PHD in Nuclear Physics and teaches in the Lisbon Faculty of Sciences, leading a climate change PHD. He is also an invited Professor in several universities in the USA, UK and the Netherlands. Actress and TV Host, Catarina Furtado is a Goodwill Ambassador for the United Nations Population Fund since 2000. In 2015, she published the book “O que vejo e Não Esqueço” (What I See and do not Forget) based on her experience as an activist and Goodwill Ambassador. With a Degree in Marketing Management, Chef Kiko Martins quickly realised that his future career would involve gastronomy. In 2004, he went to Paris to study in Le Cordon Bleu Culinary School. Currently he owns “O Talho” and “A Cevicheria” restaurants, in Lisbon. 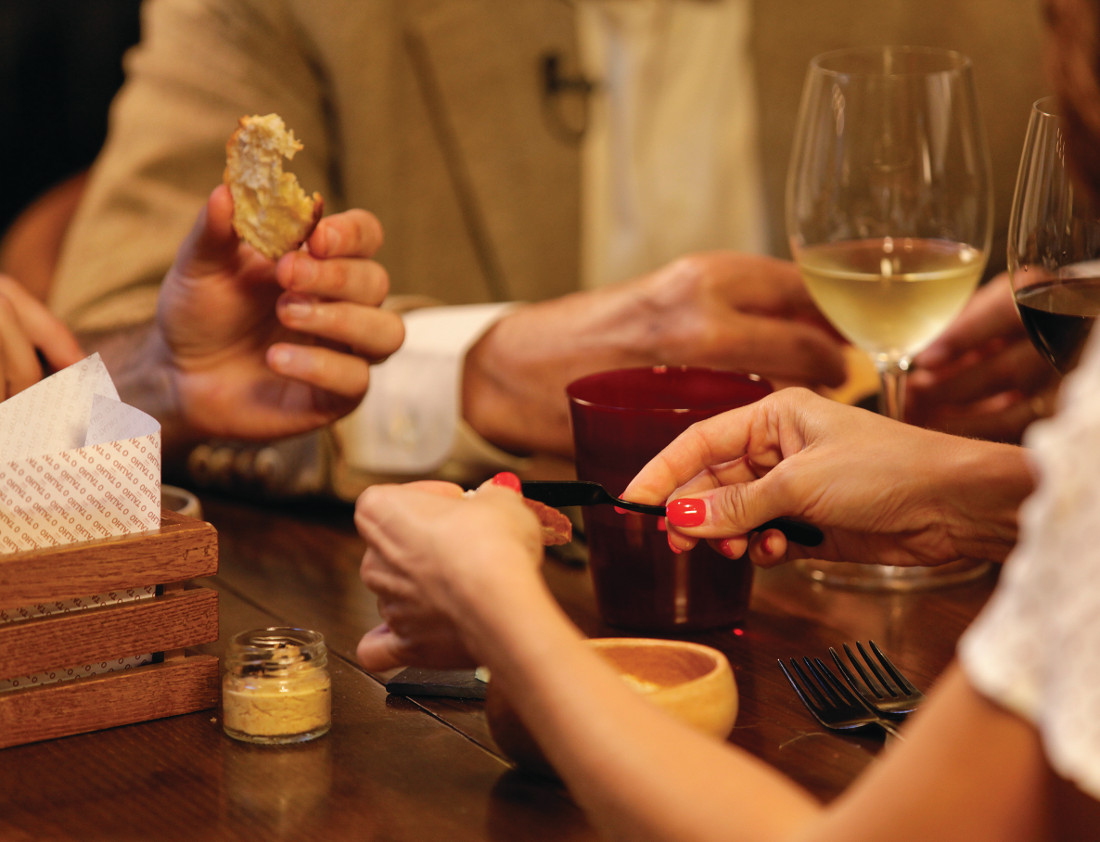 WHEN HEAT IS A CEREAL KILLER

In 2009, Russia experienced a very strong heatwave which was followed by large-scale fires that crippled the supply of the fourth-largest wheat producer. “This had an extremely large immediate global impact in terms of price increases”, explained Filipe Duarte Santos. According to the fifth report from the Intergovernmental Panel on Climate Change (IPCC), the average production of wheat, rice and maize will decline 2% per decade over this century, while the need for cereal crops will increase by 14% by 2050 due to population growth. The lack of food will mainly be felt by the poorest people in tropical countries.

Catarina Furtado believes that the decrease in production of these foods “will have a strong impact on what we eat and on food safety”. She has been the Goodwill Ambassador to the United Nations Population fund (UNFPA) since 2000 and is mainly concerned with the fact that “people are not really aware of the problem”. The same report predicts that the migration of marine species to higher latitudes could affect fishing in some regions, while benefiting others. In the worst-case scenario for the warming of waters, acidification of the oceans will be a serious problem, above all for the polar ecosystems and coral reefs (read article in pages 18-23). The intergovernmental body estimates that fish catches in some regions of the tropics may fall between 40% to 60% in the coming years.

GOING WITH THE FLOW Filipe Duarte Santos pointed out the ray, monkfish and forkbeard as three fish species at risk along the Portuguese coastline

As a starter, chef Kiko sugested ceviche, an ancient dish from Peru that would be the starting point to talk about the fish species at risk along the Portuguese coast. Filipe Duarte Santos mentioned three: ray, monkfish and forkbeard. However, there will be species emerging in places where they were not expected or in greater quantity in their usual places, such are the cases of seabream and horse mackerel. “There are, indeed, scientific studies which indicate that certain species that were common and abundant along our coastline will become rarer. Cold water species, which were present around Portugal, will tend to disappear”, explained the professor, who has been an Environmental Sciences researcher for decades. having already participated in six climate summits, including the last one in Paris in December 2015, his work has mainly involved global climate change.

When it comes to climate change and the related impacts on food, there are certain countries that “will suffer very serious consequences, while others either have or will have the opportunity to improve their eating habits”. Chef Kiko acknowledged that the issue is not yet one of the main concerns of chefs, who are rather focused on the quality and price of raw materials. Tomatoes, for instance, “no longer have the flavour they once had”. The growth of the world’s population “has made science contribute to greater production efficiency but, at the same time, the quality of food is affected. As a human being, a cook and a food lover I have many questions about the future. Will food still have the flavour it has now in 30 or 40 years’ time?” Steak Tartare – raw – was chosen as the main course for this lunch, sided by horseradish mousse, fries and a shot of vodka. Filipe Duarte Santos claims that meat, the production of which is responsible for a large amount of greenhouse gas emissions into the atmosphere, “is a problematic issue on a global scale, especially when countries like China and India are witnessing a radical change in the eating habits, increasing the consumption of this food”.

Kiko stated that one of the reasons why he decided to open a meat restaurant was because this is currently being consumed in excess. It seems contradictory but he explains: “I felt that meat is an ingredient that was being treated with very little love and affection. I am in favour that we should eat less meat, but it should be good”, said the chef, arguing that “in about 30 or 40 years, foods such as meat and rice will be considered luxury goods, because there will be less of them”.

“Food waste reflects a lack of ethics and lack of awareness”

Shortages will also be felt in other foods. According to a recent study from the University of Oxford, in 2050 there will be 4% fewer fruits and vegetables available for the world’s population to consume due to climate change. “And what will be the food on our table in 50 years?” asked Catarina Furtado. While obviously not having a clear answer to this, the chef chose to highlight two elements that, in his opinion, will be decisive in the future – science and creativity. “In the future, we will have to be more creative and increasingly realise that when we sit down at the table we do much more than simply eat food. And as a chef and architect of catering ideas I think I will also have to be creative and get to work on other areas, such as social responsibility, for example.” The chef’s social awareness makes him look at the issue of food waste with concern. “It’s one of the things that saddens me most of the times and which, at the same time, scares me. As I was gaining experience I was able to work in many kitchens and in haute cuisine there is, in fact, a lot of waste. For him, this type of behaviour, based on food waste, reflects “a lack of ethics and lack of awareness of the notion that there are other people in the world”. However, he acknowledges that all the laws that are imposed on the conservation of food in restaurants make its reuse extremely difficult. “At home it is easier. We keep the food for the next day. Here we cannot do that. All of this is a great challenge.” 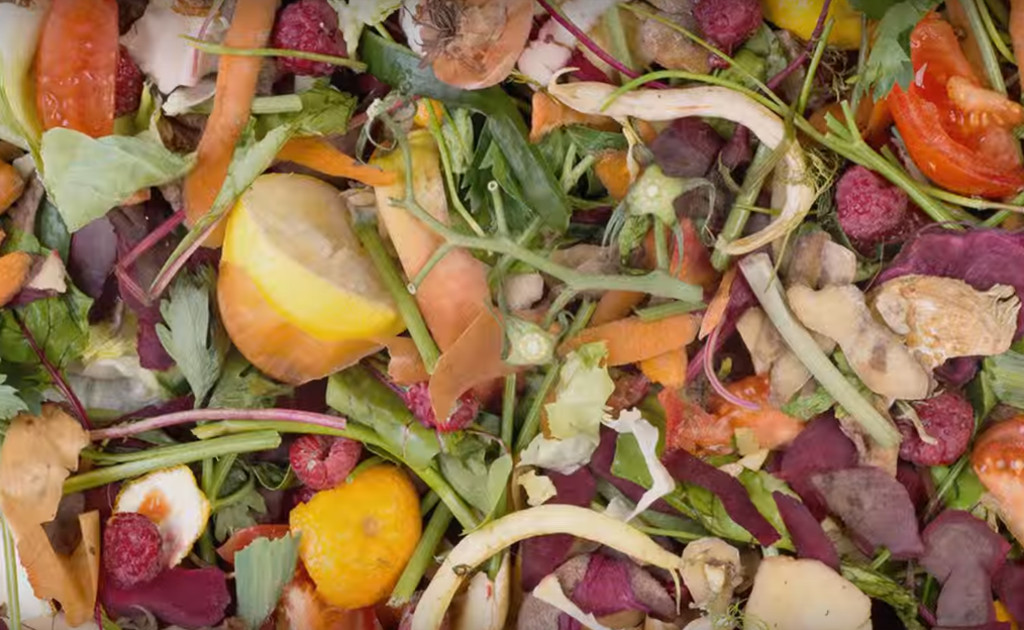 PRESERVING FOOD IN THE FUTURE Catarina Furtado believes that the decrease in the production of wheat, rice and maize, as predicted by an important report from IPCC, will have a strong impact on what we eat as well as on food safety

Although cocoa and coffee were not included in the menu chosen by chef Kiko for this lunch, Filipe Duarte Santos used dessert time- while enjoying a Turrón de Alicante with red fruit – to highlight the impacts climate change may have on these two products, if there is an increase in temperature above the 1.5°C limit set during the last climate summit. Coffee and cocoa are mainly produced in Brazil and West Africa, respectively, and these may be affected by climate change, which will have the consequence of, among other aspects, increasing the price of both products. As the meal headed towards the end, Filipe Duarte Santos touched the important topic of food preservation: “when we are talking about a planet with more than seven billion people, we need to think about how it will sustain and ensure its food safety.

“The climate summit was only last year. Let’s see what happens”

This issue does not arise in a restaurant in a city like Lisbon, of course. But when it comes to restaurants and other places located in less developed countries, yes, it has already become an important issue. As is known, an increase in temperature causes food to deteriorate more easily and become contaminated by other bacteria”. Here, too, as Catarina Furtado underlined, the less developed countries will be the most affected (in the work she has been carrying out with disadvantaged communities, she has already had the opportunity to undertake projects in countries such as Mozambique, San Tome and Principe and Cape Verde). While she considered that there is still a lot of work to do, the actress and presenter was optimistic. “The climate summit was only last year. Let’s see what happens”, she said, as she raised her glass to suggest a toast to a brighter future for the planet. 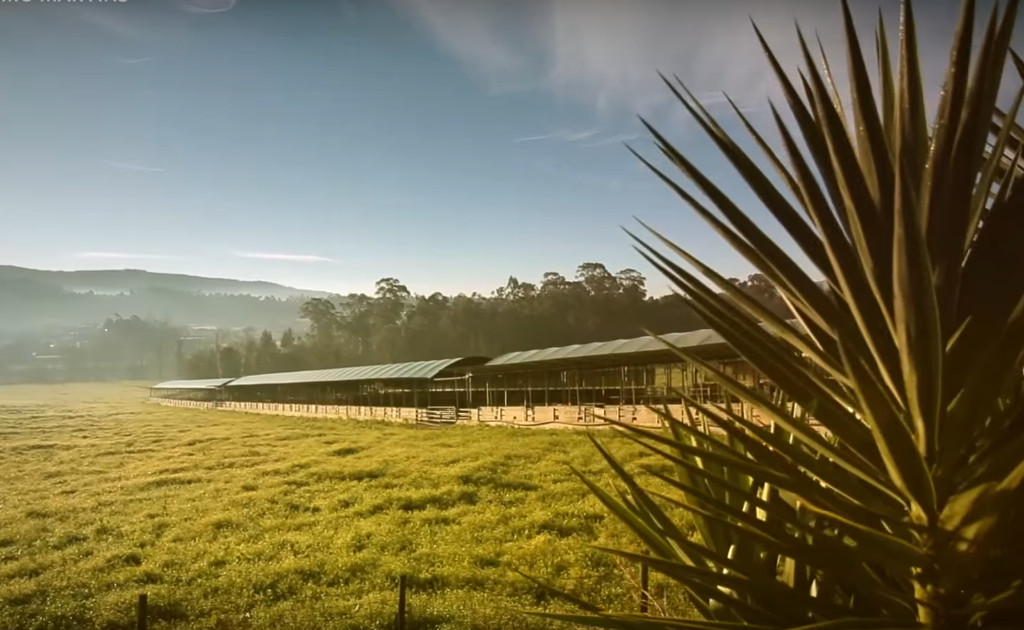 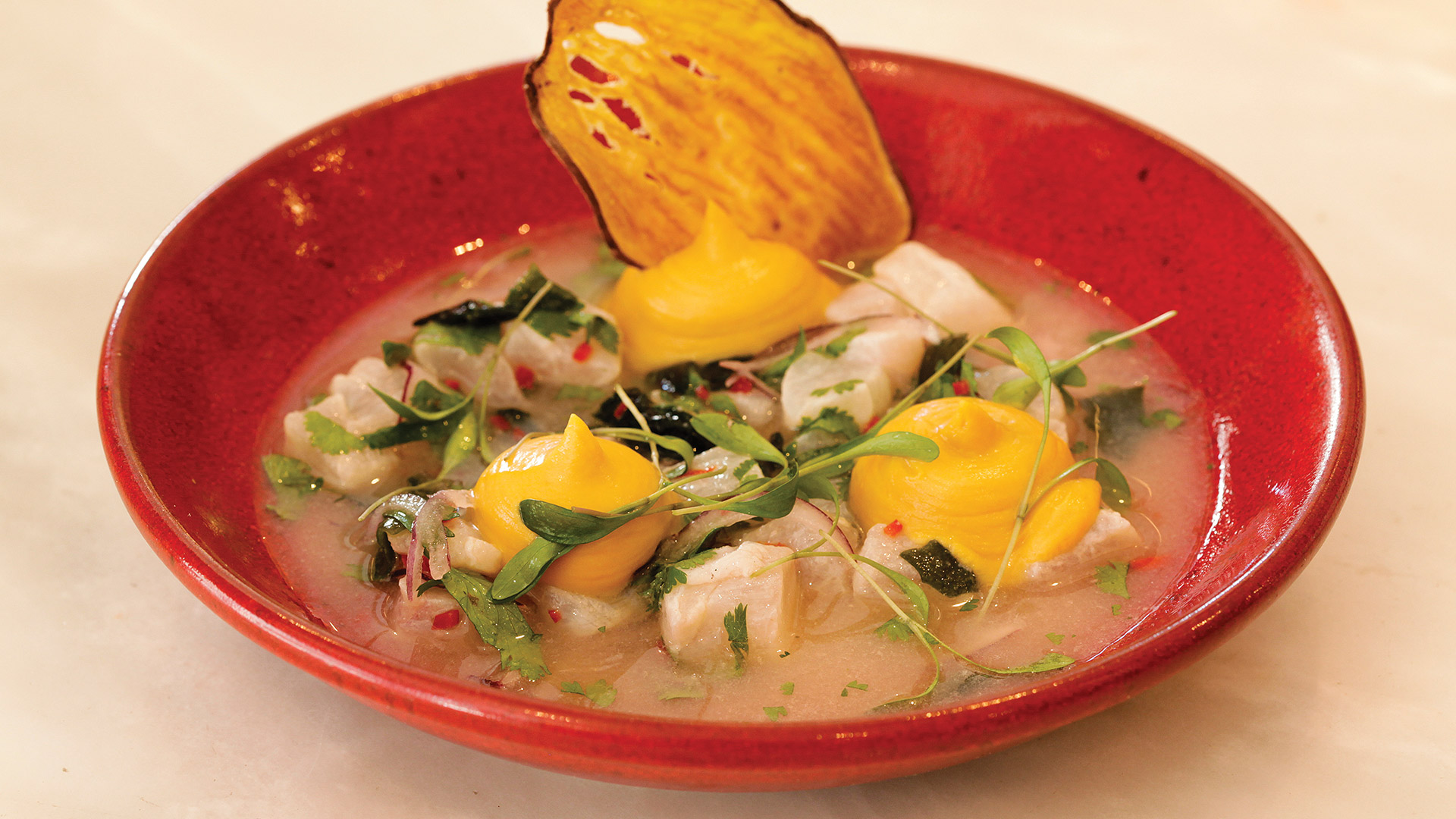 Ceviche is an ancient dish from Peru, typically made from fresh raw fish cured in citrus juice (such as lemon or lime) and spiced with aji or chili peppers. This was the starting point to talk about the various fish species that subsist along the Portuguese coast 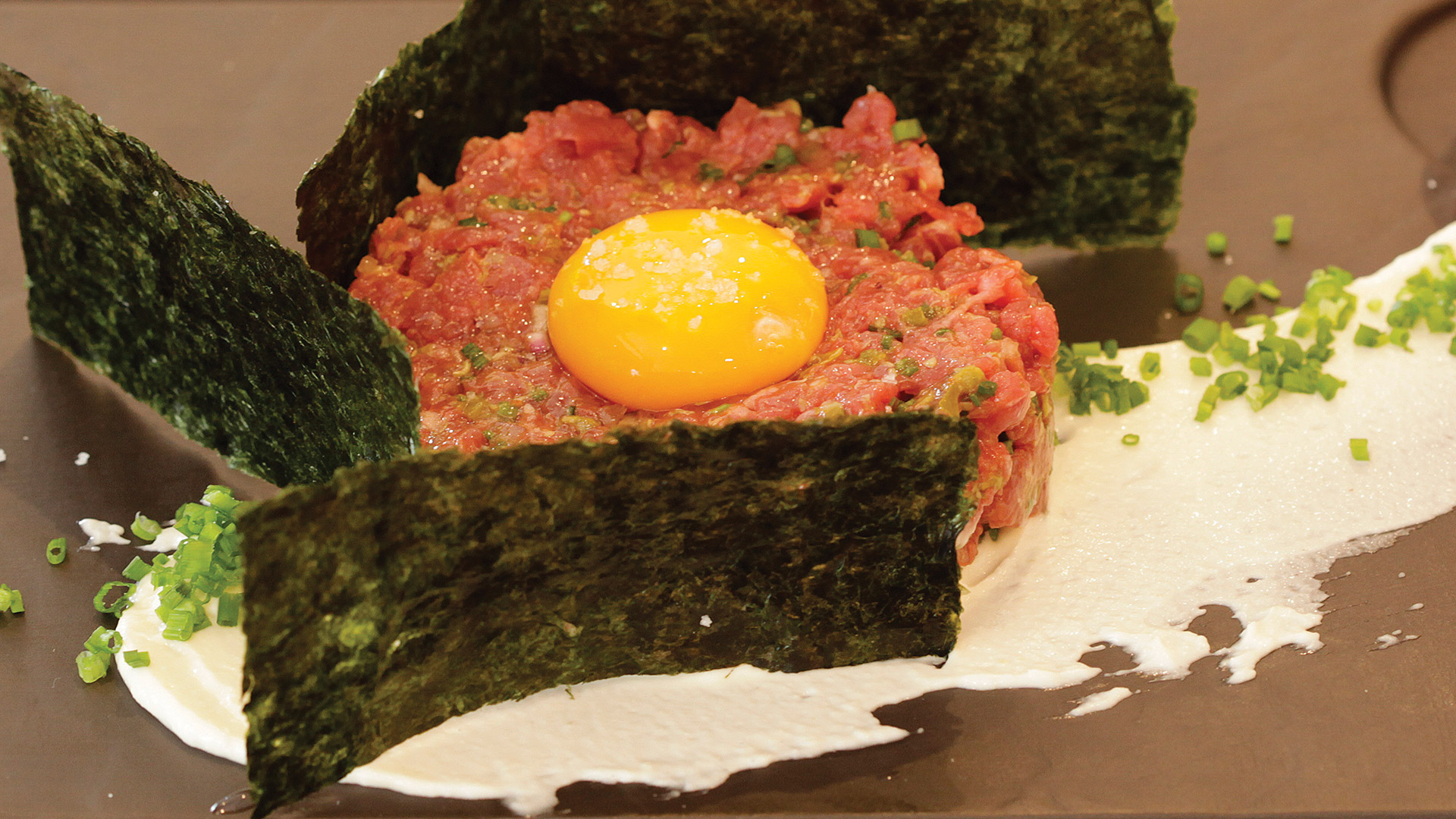 Steak tartare is a meat dish made from finely chopped or minced raw beef or horsemeat. It is often served with onions, capers and seasonings (the latter typically incorporating fresh ground pepper and Worcestershire sauce), sometimes with a raw egg yolk, and often on rye bread. The name tartare is sometimes generalized to other raw meat or fish dishes. 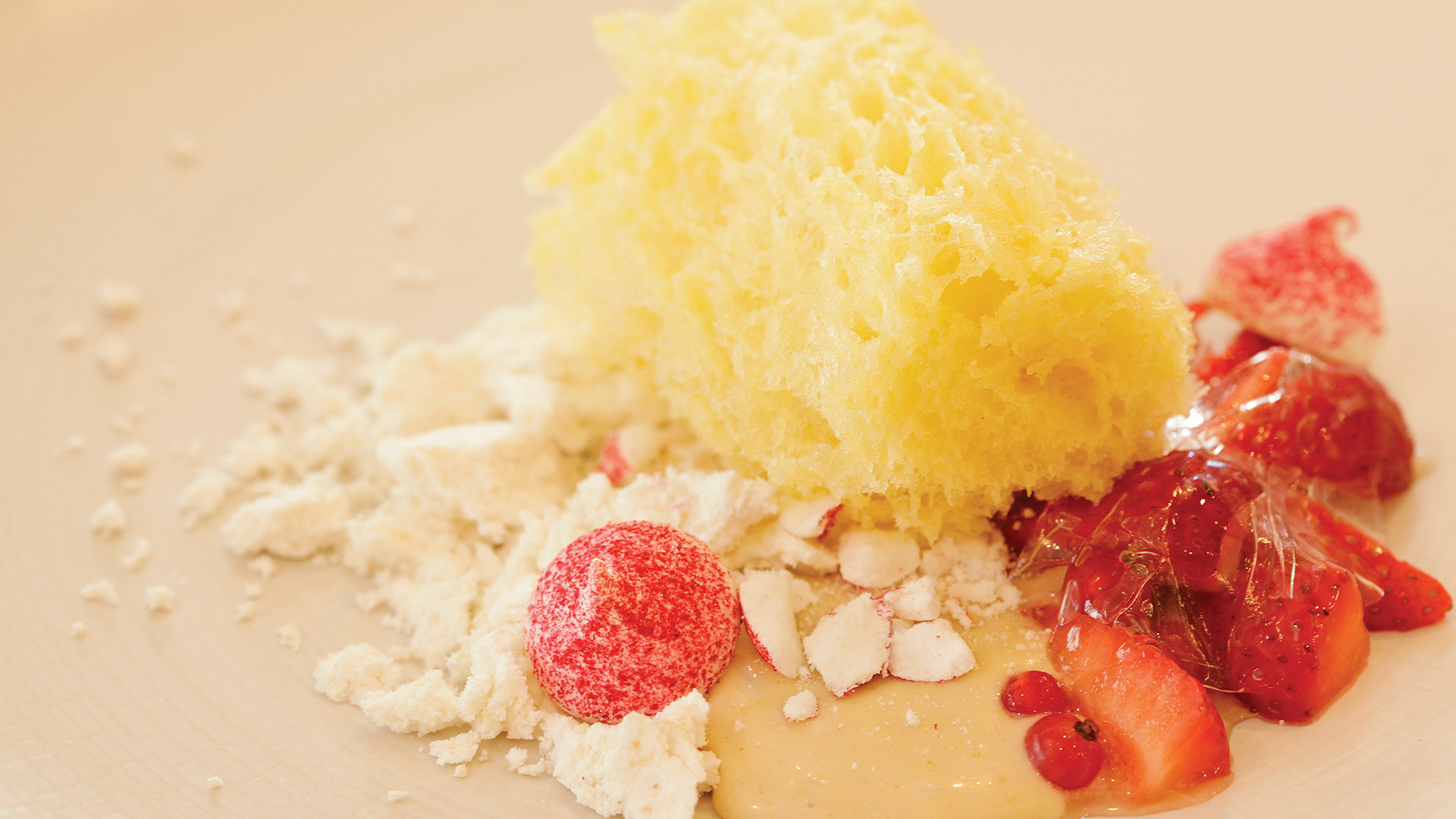 At the conclusion of lunch, Chef Kiko proposed Turrón de Alicante and red berries, accompanied by a honey sponge cake and meringue 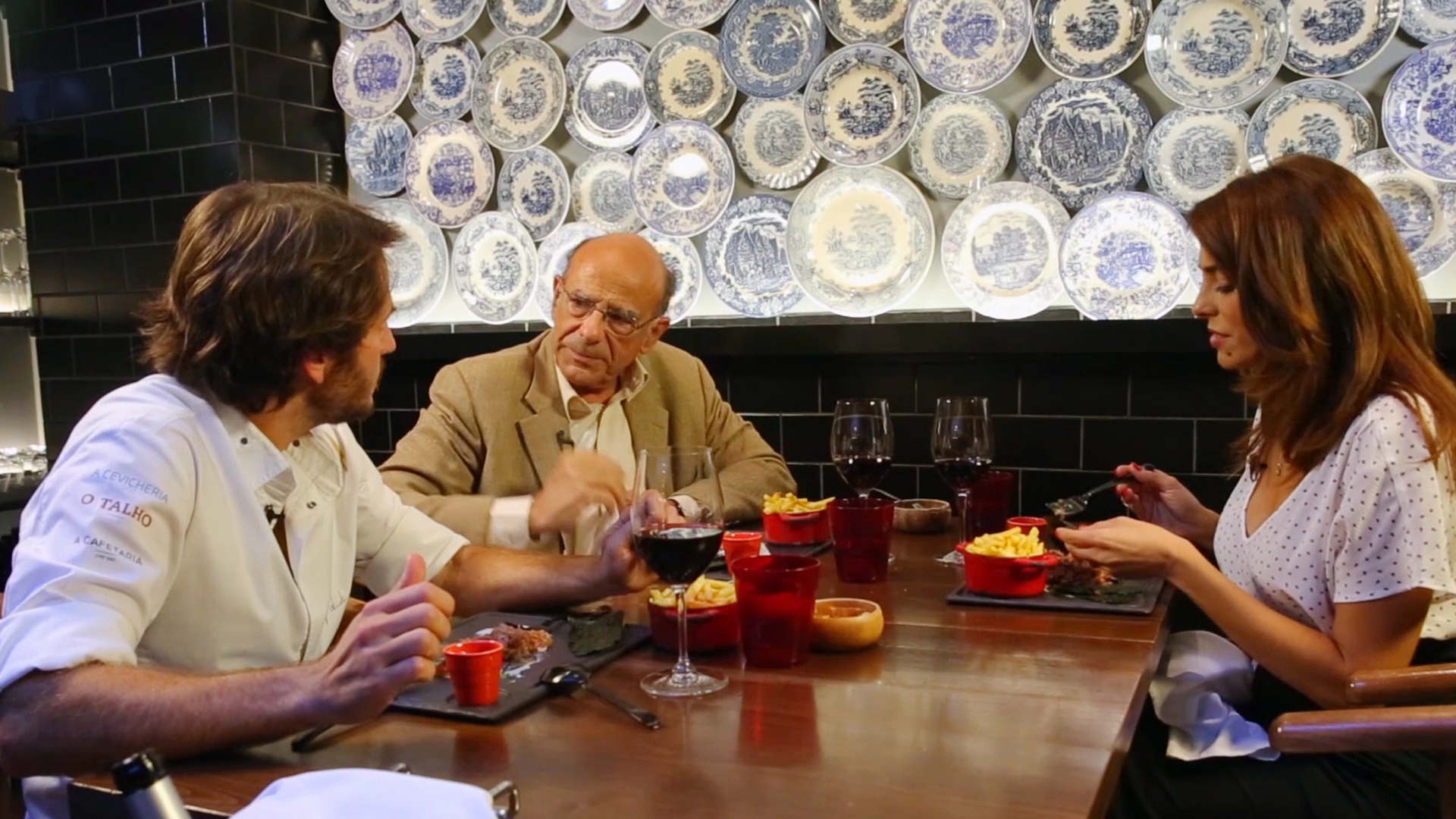 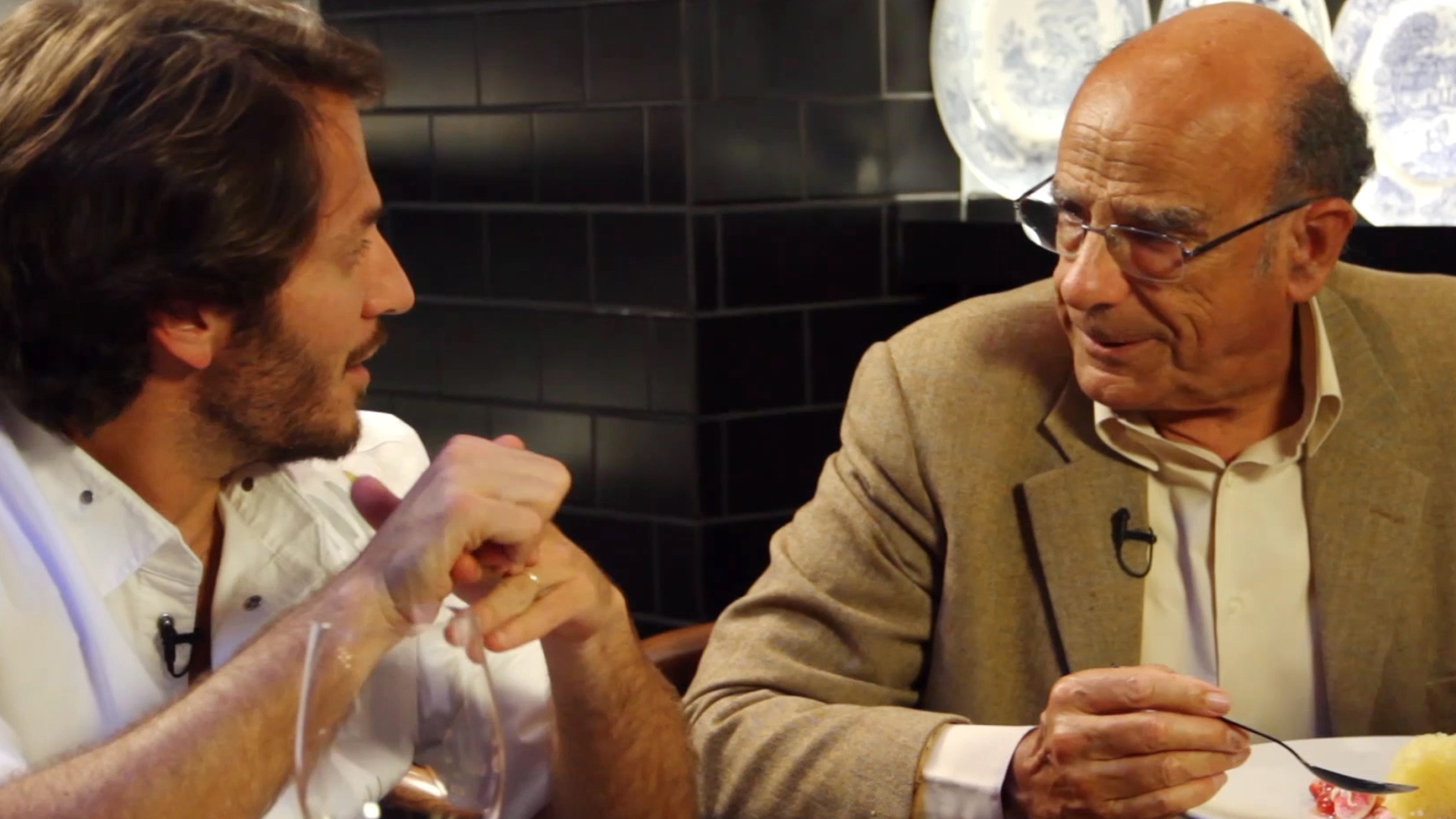 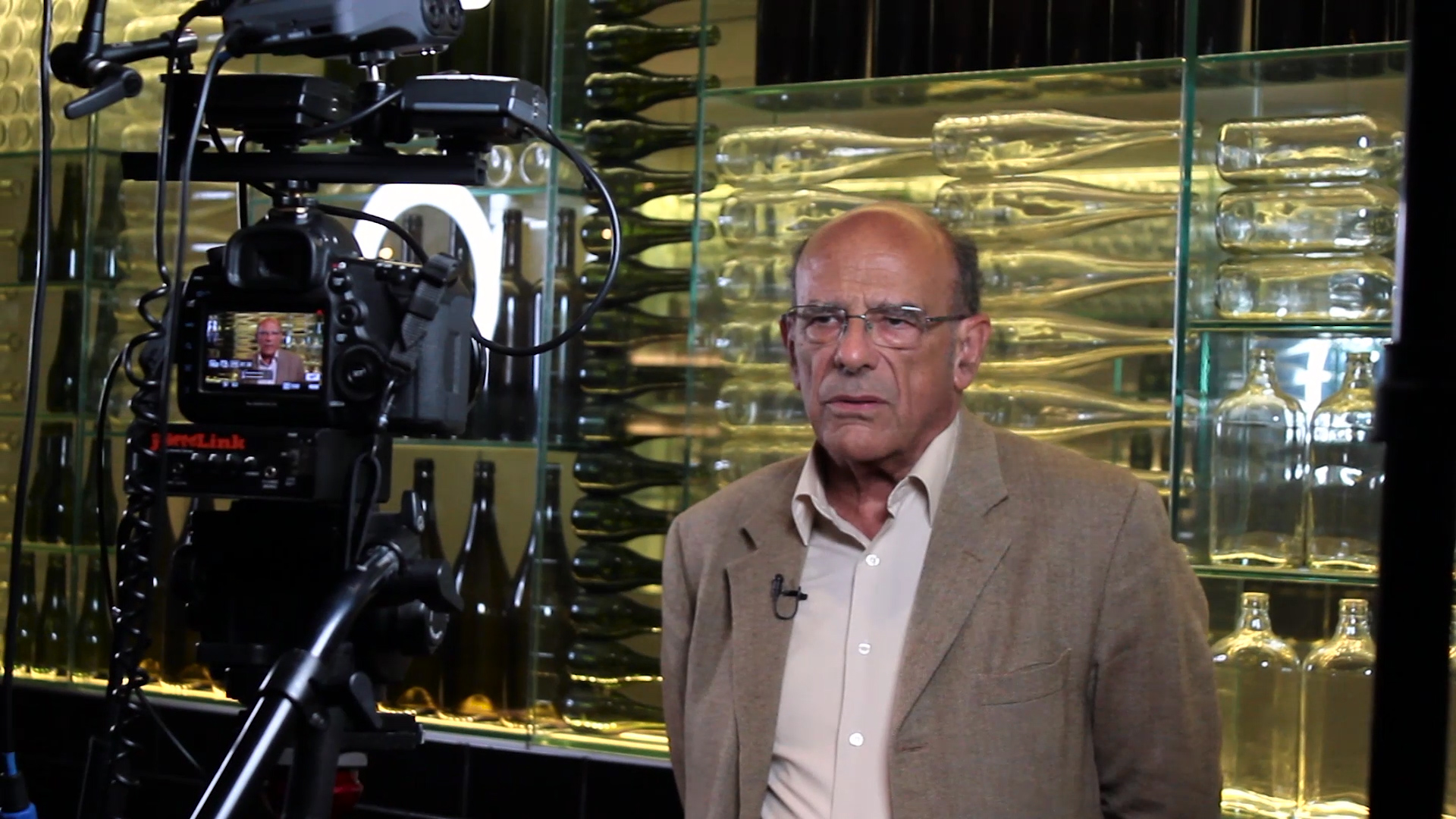