The Spice Route covered commercial routes dedicated to the trade of such condiments from Asia. The Portuguese influence on this route was made possible when they discovered the sea route to India. 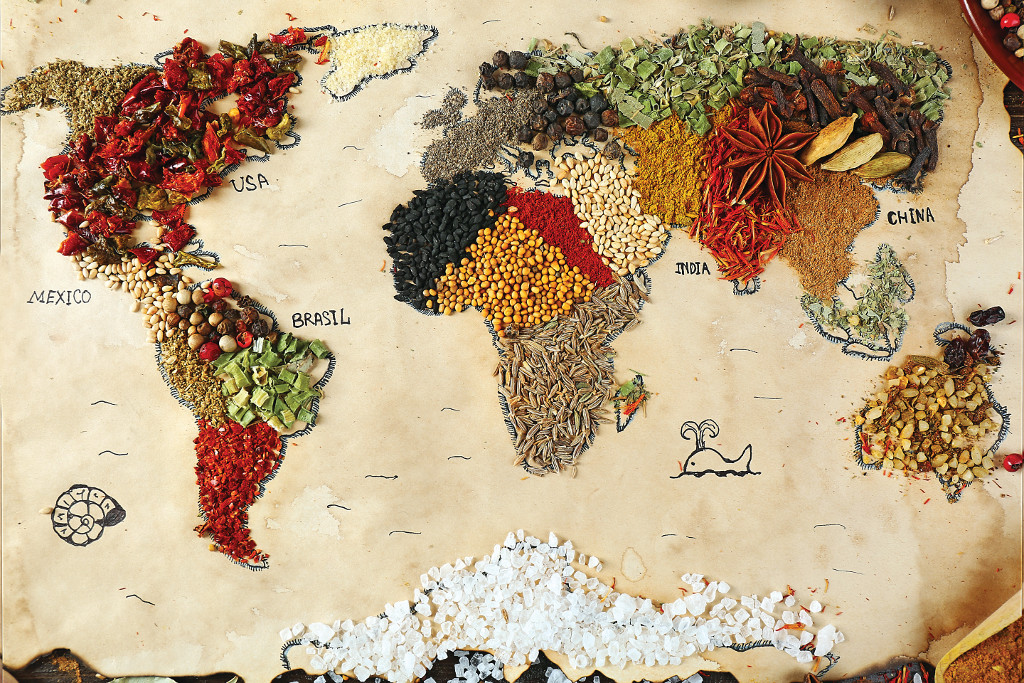 The spice route is known to have covered commercial routes dedicated mainly to the trade in spices from Asia. The Portuguese Discoveries, between the 15th and the 16th centuries, were motivated by the desire to conquer the New World and the demand for trade in precious metals – like and silver and gold. Portugal would establish relationships around the world, including Africa, the Americas and, in Asia, the direct access to spices – and that was gold.

The Portuguese influence on the spices route – with the aim of breaking its trade in the Mediterranean – was made possible when the Portuguese discovered the sea route to India. In 1497, Vasco da Gama rounded the Cape of Good Hope (Cape Town, South Africa) formerly known as “Cabo das Tormentas” until Bartolomeu Dias rounded it in 1488, confirming that the unknown coast stretched to the northeast) and completed a trip to India, becoming the first European to accomplish this feat and creating a maritime alternative to the Mediterranean route.

This was followed by an expansion to the east, which culminated in the Portuguese obtaining a monopoly on the trade in Asian spices during the Age of the Discoveries. This expansion was carried through the Portuguese expedition under the command of Pedro Álvares Cabral with the mission to bring spices from India. But the aim to dominate the spice trade by sea led the Portuguese increasingly to the east, leading to the capture of the port of Malacca that opened the path to the hidden location of the so-called “Spice Islands” – the Moluccas –, the world provider of nutmeg and cloves, and to countries such as China, Indonesia and Japan.

The Portuguese naval dominion lasted throughout the 16th century and only ended in the mid 1600s due to the arrival in the territory of the British and the Dutch. This route, which was important for the world economy even beyond the end of the 18th century, was vital for European civilization, and brought untold fortune.