22 Nov The (R)evolution of Retail

The (R)evolution of Retail

Technology is redefining the way retailers interact with customers. The analysis of standard behavior patterns are fundamental to help to create more consumer-centred marketing strategies. 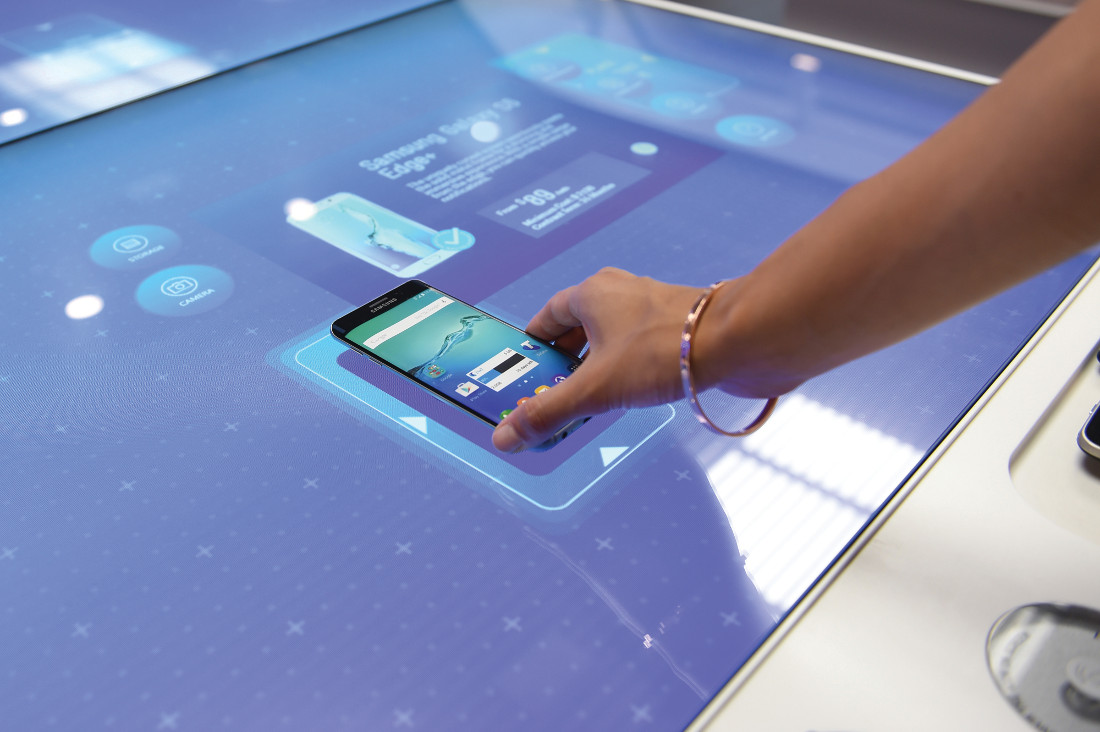 Retail is an ever more competitive sector, with many operators looking for new ways of setting themselves apart from the competition. The latter also brings new demands and is increasingly informed and concerned not only with convenience – price, proximity, service – but also with overall questions, being aware, for example, of the sustainability policies and practices of the brands and the companies behind them. Moreover, customers nowadays have communication means which enable them to talk directly and swiftly with the brands, often in a public context, such as on social networks which have exponentially increased their power of influence.

In this hypercompetitive market, retailers feel the pressure directly on their business and margins. It is in this context that new technologies and tools have begun to emerge and are redefining the way retailers interact with their customers. At the base of almost all innovation processes is the analysis of standard behaviour patterns, which is a fundamental help to create more consumer-centred marketing strategies.

Starting from this information it is possible to create personalised promotional offers, increasing the relevance of communication and commercial efficiency when dealing with customers. The analytical algorithms also provide forecasts of demand for products at certain periods, enhancing the effectiveness of inventory maintenance, as well as allowing more timely and significant communication.

All these innovations will have an even greater impact when the use of Artificial Intelligence (AI) has become widespread. When AI starts not only to analyse consumption information, but also to learn from it, new strategies will emerge. The visible AI – invoice assistance or automatic chats – will join those invisible to the consumer, which will work for an even better service provided by these brands and companies. The doors to this “Brave New World” will be open and retailers that do not want to stay behind must pass through them. The Google Artificial Intelligence (AI) beat one of the best Go players in the World, the Korean Lee Sedol, in an event regarded as major breakthrough for the AI future

When in March 2016 one of the best GO players in the world, the Korean Lee Sedol, was preparing to play against AlphaGo, an artificial intelligence (AI) agent from Google, few believed that the machine could defeat this professional player. There have been machines beating the best at draughts, chess and various other games, but Go is different. Created more than 2,500 years ago in China, this strategy game is much more complex than chess and requires not only a careful analysis of the current situation, but also a large dose of intuition.

The Go specialists rated the chances of AlphaGo at a mere 5% and even individuals within the technological community doubted the possibilities of this AI agent. What would differentiate this machine from others built to play chess, for example, is that it had not been especially designed to play Go.

Developed by DeepMind, a company which Google had bought in 2014, this AI agent is capable of learning. It was not only programmed using games of Go from the great masters, but it was also made to play against itself, and to improve at each game. Because of this, at the end of five games, AlphaGo defeated Lee Sedol by four matches to one.

While it is true that this is only a game, AlphaGo’s victory is being seen as an enormous step forward for everything that it represents for the AI agents that, in the future, will revolutionise – some have already revolutionised – our life, from scientific research to robotics.

Including also technologies presently in an advanced testing phase such as selfdriving cars or voice assistant systems, like Siri on the iPhone or Alexa, in Amazon. In the short term, one of the areas where we will be seeing AI in fully operating mode is through chat bots.

“MY NAME IS CHAT BOT”

In the USA, it is already possible to order tacos through TacoBot, and the Slack app, a chat bot which, in addition to confirming the order and enabling payment, makes recommendations during the process. The Dutch airline company KLM and the beauty products brand Sephora are two other players presently developing chat bots. KLM allows its users to receive their plane tickets directly on Facebook Messenger, while Sephora has launched a chat bot on Kik – another instant messaging app – which gives personalised beauty advice based on a quiz answered by users.

Although they may seem like a step backwards compared to the voice recognition systems, the chat bots are a response to an indicator which has been identified by specialists, namely that users are not willing to install dozens of apps. Therefore, what chat bots do is to transform apps that users already use more frequently – instant-messaging apps – into development platforms, which allow them to interact with services, brands and companies.

Two examples shown were that of CNN, with a chat bot delivering increasingly customised news, and 1-800-FLOWERS, which allows you to send flowers through the chat bot. It is true that these services are still in their infancy, but the technological world is betting heavily on the chat bot revolution. When they are equipped with AI with constant learning ability, the possibilities will be almost infinite. THE PRESENT IS TECHNOLOGICAL

If these are the technologies that will shape our future in the short and medium term, there are many others leaving their mark in our present. There is a high probability that you have received a message reminding you about a scheduled flight, or that products have been suggested to you based on your holiday destination. Moreover, if this has not yet happened to you, it is likely to happen soon. Both Google and Facebook – which almost certainly are using this – show advertisements based on information they collect from the pages you visit.

However, the brand apps using these technologies go far beyond advertisements. Brands and stores are using technology to change the whole retailing experience. Amazon, for example, thanks to its wonderfully effective recommendations algorithm has revolutionised the sale of books online to an extent that it has meteorically risen to become the market leader. As a result of the excellence it has reached in predicting next-product-to-buy, Amazon achieved delivery periods that leave its competition standing, in addition to being able to offer personalised opportunities that really do meet their customers’ desires.

The Walgreens health clinics, in the USA, use analytics to develop an immediate and up-to-date profile of their users, and therefore provide them with a better service and assessment. However, the major innovation these clinics have introduced has been to predict health problems based on all the patient information in possession of the company. Upon entering a clinic, the user logs on to a computer which sends information to the clinics and, based on this analysis, the system suggests important questions to be asked to the patient. The speed of analysis and processing of this software is an essential help to the service providers, who would have to take days studying profiles to achieve the same results.

This is the major evolution we are witnessing day by day. Both online and in physical stores – and, evermore, in systems integrating different channels – technology is serving the two parts: companies improve their service, through, for example, more convenient and safer payment solutions, personalised promotions and an offer adapted to what customers want; and costumers, recognising the benefits, sign up to the services. Success is, without a doubt, increasingly a technological matter. THE HOTTER THE BETTER

When we go into a store, there are certain areas that are more likely for us to look at first. This is not new and has less to do with the products in these areas than with the way our brain works. Just think of newspapers, where advertising is more expensive on the odd pages and, within these, at the top. Of course, the arrangement of products in the store is not random and follows well-defined criteria.

However, although this fact is not new, technology has provided advances in its application. Heat Maps are graphic representations that use hot colours to identify the most visited areas and the products which have been touched the most, helping store managers to decide in real time whether to make adjustments to the store layout or the products display.

The applications of this technology are numerous. Assessing how people are reacting to a certain campaign may become an essential feature for its success. Through data paths, the store can decide to reposition campaigns which are not doing so well in “hotter” areas. Similarly, if there are areas where few people are passing, it means that something in the store layout might be wrong.

On the other hand, heat indicators do not always mean good news. If the product has been touched a lot but not purchased very much, it is probable that the price is putting people off – so consideration has to be given to moving the product to another location or putting it on promotion. Even in terms of staff management, heat mapping may be a useful tool to understand which store areas need less or more employees. Taking the Pulse of Business
After the Web Summit
Europe at the Crossroads
Flexibility: The main Challenge of the EU
The Web Summit is coming to Lisbon