Krakow is the center stage that will host the World Youth Days, a meeting where more than 2 million young Catholics from all over the world will gather to pray for peace. 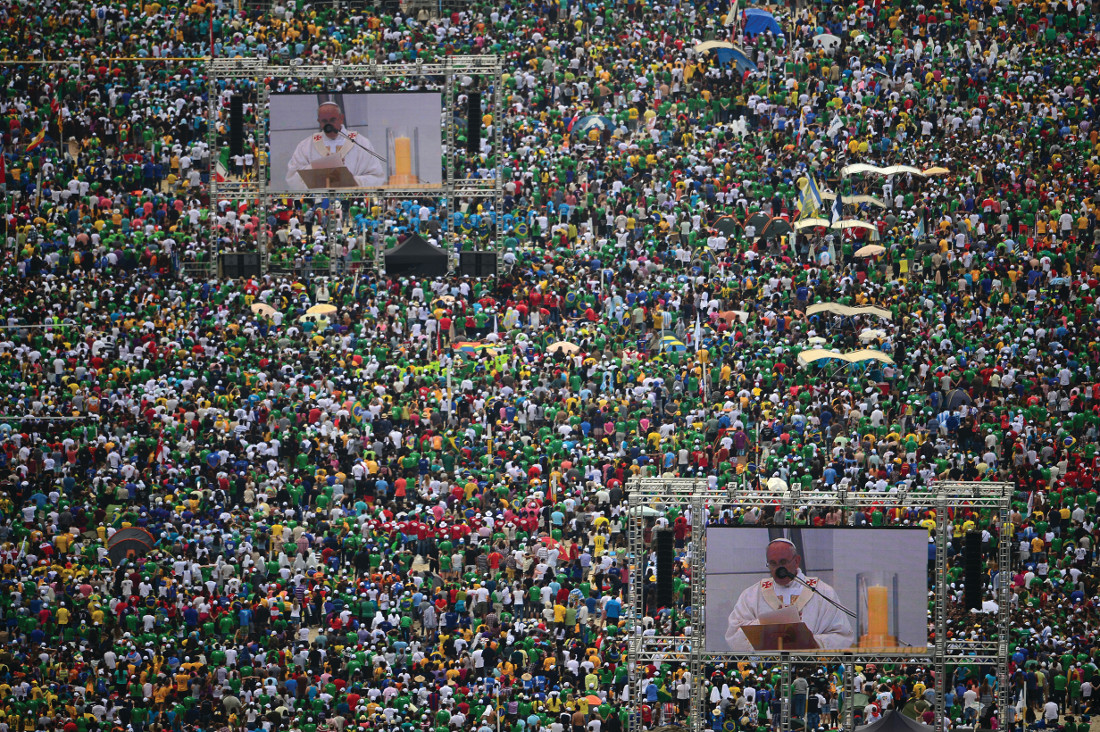 HOT IN POLAND THIS SUMMER

MILLIONS GATHER IN KRAKOV FOR THE 31ST WORLD YOUTH DAY

In the last weeks of July, Poland will host the World Youth Day (WYD), a meeting of young catholic people from all over the world who will celebrate their faith for two weeks.

The originator and organizer of the first meeting of this kind was Pope John Paul II. It is generally accepted that the symbolic date of the establishment of WYD is December 20, 1985 when, at a Christmas wafer sharing meeting, John Paul II expressed a desire for the World Youth Day to be held annually. Today, the idea of John Paul II is continued by Pope Francis, who invited young Christians to Krakow. Traditionally, the WYD consists of two parts.

The first is the “Days in the Dioceses”, when guests visit parishes of the country hosting the meeting. During that time they develop bonds, sightsee and learn about the culture of the host country. This stage lasts for about a week. After the end of the “Days in the Dioceses”, everyone goes to the diocese appointed by Pope Francis as the place to experience the central events. This year it is Krakow, although some attractions will take place in Campus Misericordiae in Brzegi, near Wieliczka. The topic of this year’s WYD is “Blessed are the merciful: for they shall obtain mercy.” Pope Francis selected as the motto the fifth of eight blessings spoken by Jesus during his sermon by the Galilean Lake. The event agenda includes the central days of meeting of the youth with the Pope, called “Central Events”, which will start on Tuesday July, 26 with a Holy Mass celebrated by Cardinal Stanisław Dziwisz. On the following days, participants will have the opportunity to take part in masses, catechetical sessions in many languages led by bishops from all over the world, meetings of voluntary workers with the Pope, and joint vigils. Beside the spiritual events of strictly religious nature, the organisers also made sure that pilgrims and visitors can also participate in other leisure activities, in various concerts, theatre performances, workshops and sport events during the “Youth Festival” to be held from Tuesday to Friday.

The World Youth Day is one of the biggest mass events in Europe in the summer. The organisers estimate that the number of participants may reach three million. All hotels and accommodation sites have been fully booked for some time now.

However, anyone coming to the city in late July will find some kind of shelter. Many pilgrims will be received by parishes and local families. A special staff and thousands of voluntary workers and policemen will guarantee security. Border passport controls will be restored in Poland throughout the entire month of July. This is also related to the NATO summit scheduled to be held in Warsaw on July, 8 and 9. People responsible for security guarantee no harm will be suffered by anyone. This is a very important declaration particularly in the context of international terrorism threat.

The World Youth day 2016 will be he held in Poland in the last weeks of July, with the organisers estimating an attendance of around 3 million in Krakow. This will be an international meeting of young Catholics from all over the world under the leadership of Pope Francis.

Additionally, the security of the participants will be intensified by “Pilgrim”, a mobile phone application facilitating moving around Krakow and its surroundings during WYD. It will be free and available in nine languages. Equally helpful may be the official website: www.krakow2016.com, also developed in nine languages. It contains information for pilgrims, voluntary workers, preachers, and for families willing to host pilgrims. The website is adjusted to the needs of people with impaired sight.

WYD is hosted in Poland for the second time. The first time was in 1991 when young Christians met in Częstochowa. The host of that meeting was Pope John Paul II. Back then, young people from post-communist states for the first time met youth from Western Europe within the walls of the Jasna Góra monastery.