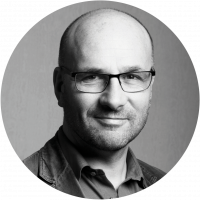 James Honeyborne graduated as a Biologist and has worked at the BBC’s Natural History Unit ever since. As Executive Producer, James has overseen some 35 films, working with multiple co-producers around the world. His most recent projects include the EMMY-nominated series ‘Wild New Zealand’, with National Geographic, and the BAFTA-winning BBC1 series, ‘Big Blue Live’, with PBS. In 2013, James conceived ‘Blue Planet II’, nature documentary series on marine life, having spent the last five years working in pursuit of new and extraordinary stories from beneath the waves.