13 Jul On the Inside

Being an active agent in the change of eating habits implies not only investing in nutritionally balanced Private Brand products but also meeting specific dietary needs. 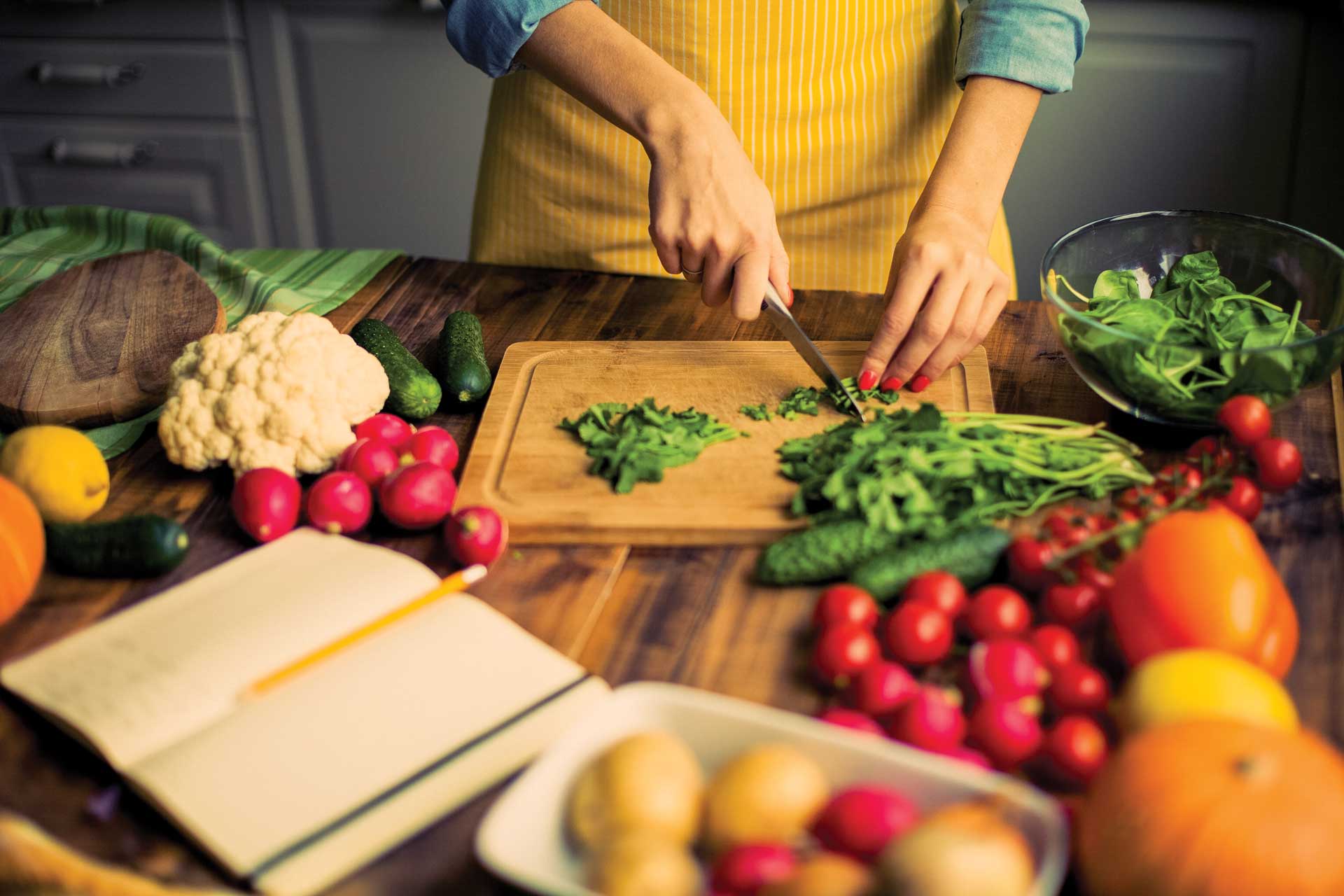 As the old saying goes, we are what we eat. It’s one of the ironies of modern culture that someone who eats enough can still be malnourished. Eating habits that result in poor nutrition include: under- or over-eating, not eating from all the food groups, consuming too much fat, sugar and salt or eating foods which are non-nutritive. A healthy diet can reduce the risk of heart diseases – the main cause of death worldwide –, cancer, diabetes and other conditions linked to obesity, which is considered an epidemy of the 21st Century.

According to the World Health Organization (WHO), obesity has nearly tripled since 1975. 39% of adults aged 18 years and over were overweight in 2016, and 13% were obese. The number of overweight or obese infants and young children (aged 0 to 5 years), reached 41 million people globally in the last 27 years an increase of 28%. And the estimates is that it will cover 70 million by 2025. Another worrying data is that 2.8 million people die each year as a result of being overweight or obese.

At Jerónimo Martins we have set the promotion of good health through food as the first of its five Corporate Responsibility pillars.

Thinking about the importance of food in humankind’s longevity, ever since Antiquity this has been in the frontline of health and wellness perspective. Hippocrates said “Let food be thy medicine and medicine be thy food”. Or in other words: how can food be a simple, easy access to a healthy life? A poor diet is a big factor in each one in five deaths around the world1 . The good news is they can be prevented. Governments, international partners, civil society, Non-Governmental Organizations and, of course, the private sector all have a vital role to play in this regard.

At Jerónimo Martins we have set the promotion of good health through food as the first of its five Corporate Responsibility pillars, and that responsibility has now increased by a legacy of more than 225 years of history. Fostering food quality and diversity and ensuring food safety is the Group’s main commitment. In order to guarantee the high standards of quality and safety of the products it sells in Portugal, Poland and Colombia, Jerónimo Martins has established its own Nutritional Policy for Private Brands, aligned with the WHO recommendations regarding ingredients, portion sizes or labelling among others. 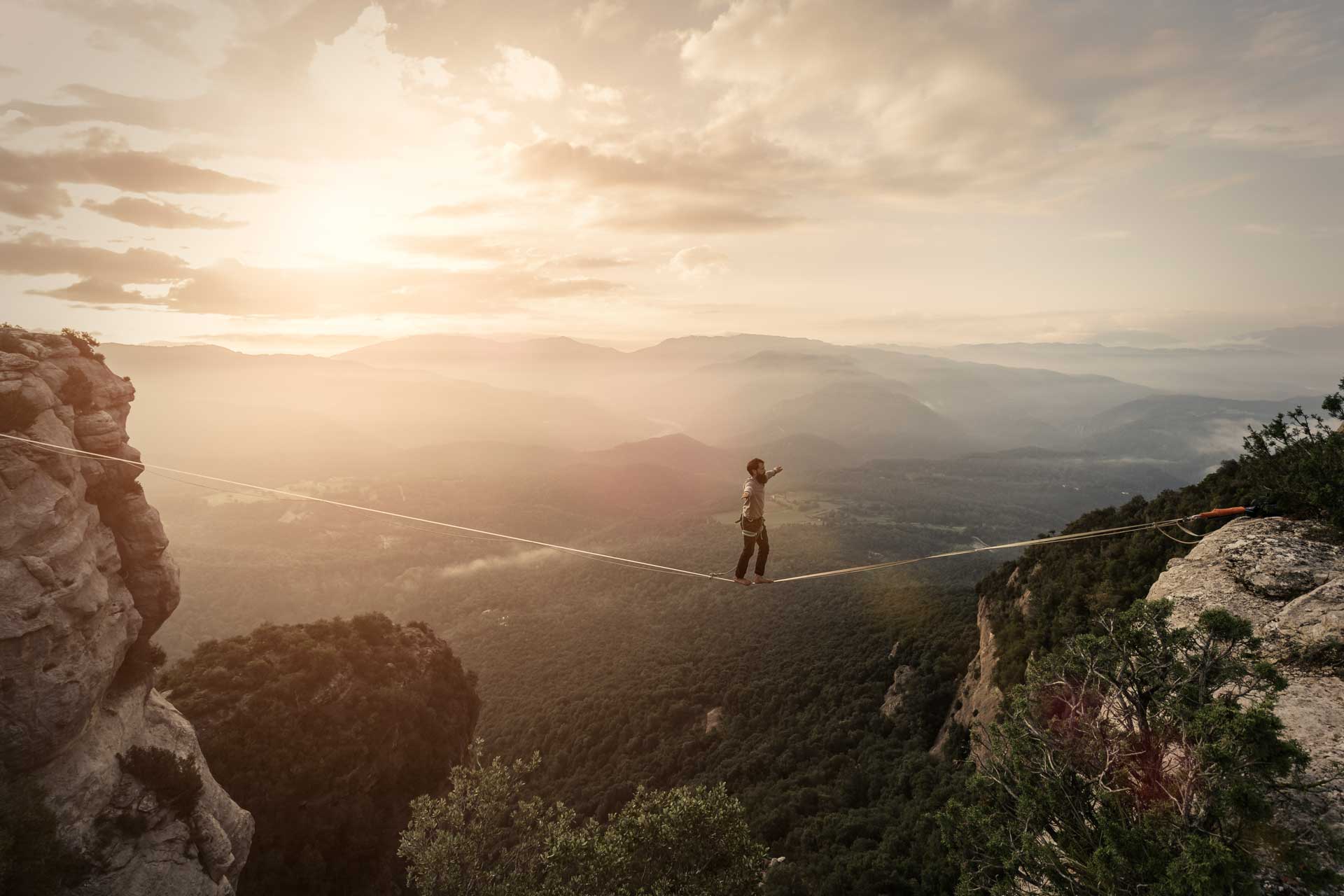 A Purpose that Moves us

HOW WE ARE MAKING IT LIGHTER

In 2017, new Private Brand products with potential health benefits hit the Group’s stores, while others changed their recipes, by reducing the levels of salt, fat, sugar, preservatives and other artificial ingredients, and adding greater amounts of fibre, fruit and micronutrients. Here are some important innovations. 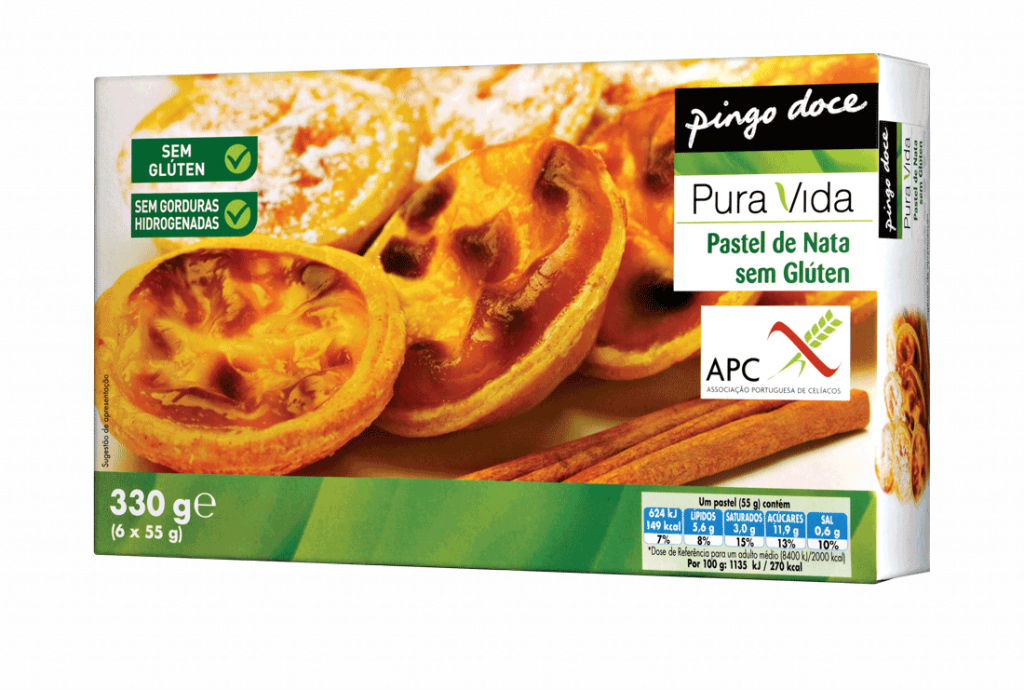 The Portuguese Custard Pie is one of the country’s most famous and oldest desserts. It is a smooth and creamy egg tart pastry with lemon and cinnamon notes. Made in Portugal and using only home-produced milk, this variety was developed for people with celiac disease. 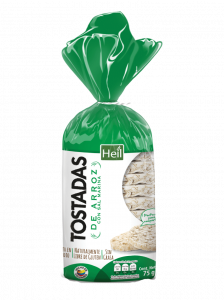 With sea salt and low in salt and calories. Fat-, sugar- and gluten-free.

Food is commonly referred as to be our body and soul’s fuel, but fuel doesn’t just mean calories. We must choose foods that provide long-lasting energy, helping us stay focused and productive all day long, to foods that give us just a quick energy boost, always resulting in a massive crash. These two launches will make Ara customers get more out of their daily fuel. 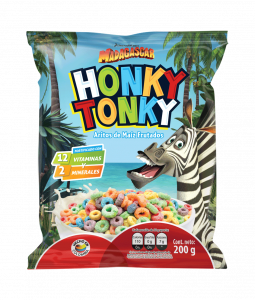 Low in sugar and calories and fat-free. Fortified with up to 12 vitamins and minerals. 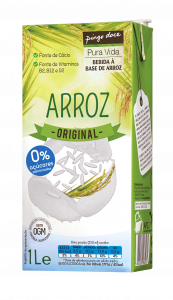 Unbeknownst to most, gluten is hidden in several kinds of beverages, including plant-based milk alternatives. Those who are looking for a rice-based milk beverage that suits the gluten-free diet might now turn to this option. It is a great source of calcium and several vitamins of GMOfree origin and contains no added sugar. 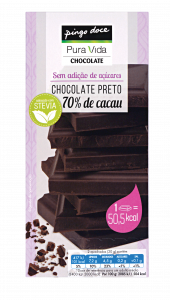 Stevia is a popular caloriefree sugar substitute extracted from plants whose popularity has been growing since the 80’s. Composed of 70% cocoa, this chocolate bar from the Pura Vida range is sweetened with pure Stevia and contains no added sugar. It is also high in fibre, magnesium, phosphorous and iron

Jerónimo Martins’s approach to nutrition also encompasses initiatives that add value to the communities in which the Group is present. A successful example is the unique “Partnership for Health”, consisting of Biedronka, Lubella, Danone and the Polish Institute of Mother and Child. By the time it was firmed, it aimed at launching a special product to meet needs of Polish children from low-income families. In Poland, 64% of the families with children spend less than €3.2 per person per day on all expenditures including food.

That determination resulted in the development “Milk Start”, a “milk porridge” product based on semolina and milk. Served in 60 gr single sachets and easy to prepare, the Milk Start is available in two flavours, raspberry and banana. One bowl of this beverage contains 25% of the recommended daily intake of vitamins and minerals including vitamin D (responsible for building bones); iron and vitamin C (prevents anemia); zinc and vitamin E (supports immunity); and magnesium and vitamin B6 (necessary for concentration). Over the last 10 years, Jerónimo Martins has sold more than 200 million units from this product range, without any associated profit. 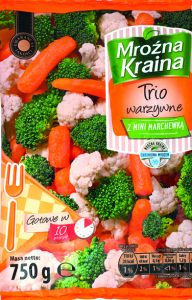 Superfood’s benefits prove they are not just hype. For those who like to like to have a whole week of meals ready to go, mixing them with vegetables is always a very healthy (and quick) idea. These Mroźna Kraina mixes are available in three varieties: quinoa, wholemeal rice, and sunflower with flax seeds, great sources of protein and fibre. 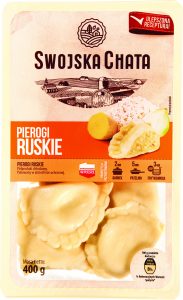 Superfood’s benefits prove they are not just hype. For those who like to like to have a whole week of meals ready to go, mixing them with vegetables is always a very healthy (and quick) idea. These Mroźna Kraina mixes are available in three varieties: quinoa, wholemeal rice, and sunflower with flax seeds, great sources of protein and fibre.

Between 2015 and 2017, by reducing, replacing or eliminating less healthy ingredients from either our Private Brand products or food solutions, the Group prevented from reaching the consumer:

This article is part of the “Light is Right” feature.