15 Jul The Birth of a Nation

The Birth of a Nation

The experience of losing independence for over a century and fighting to get it back became a permanent part of Polish identity. Researcher Katarzina Sierakowska writes about that idea of polishness and how it started to be forged way before the past hundred years. 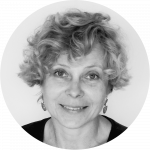 Professor at the Tadeusz Manteuffel Institute of History, Polish Academy of Science Warsaw 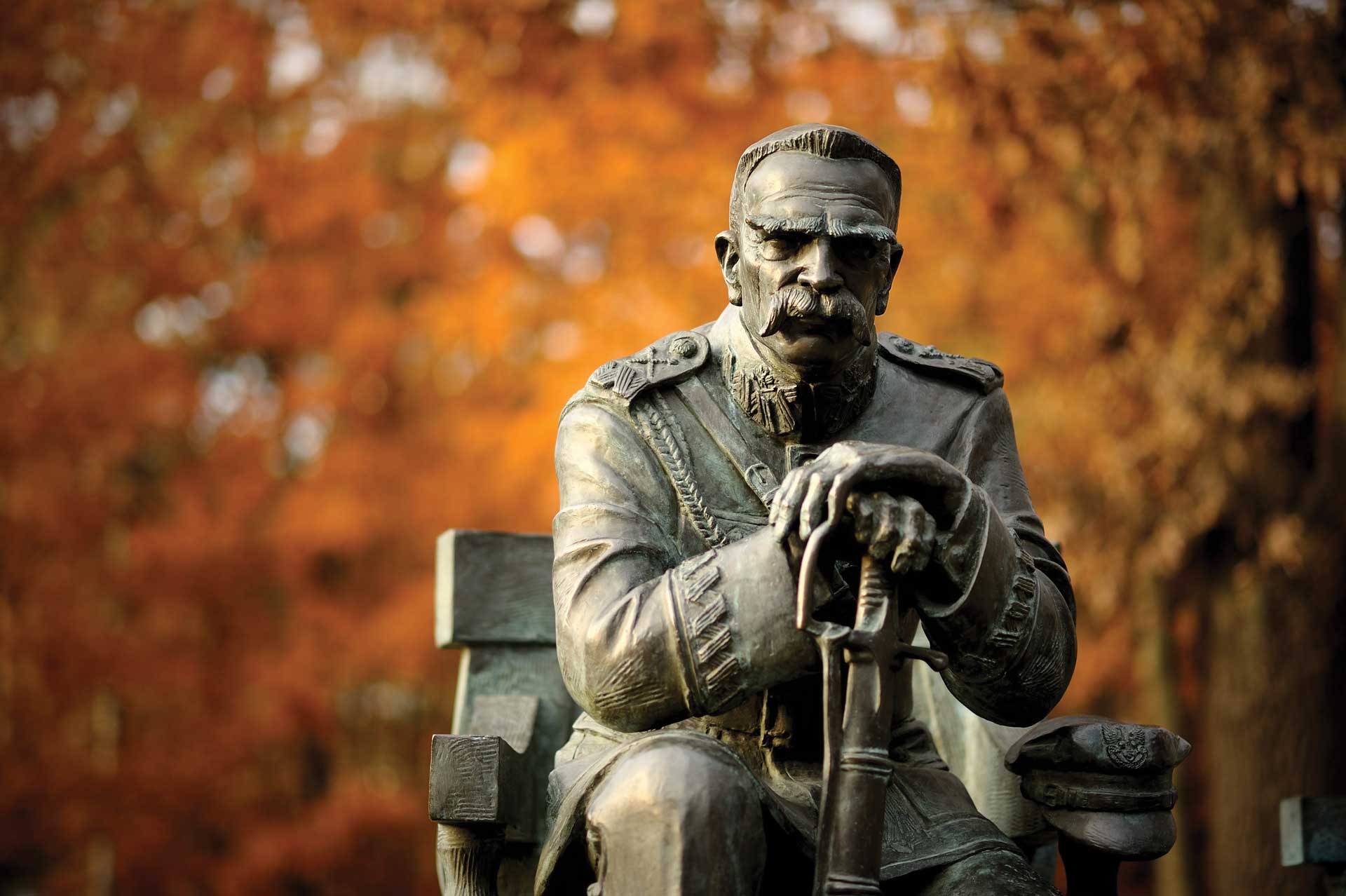 During the patriotic demonstrations held in Częstochowa on 3 May 1916 to mark the 125th anniversary of the adoption of the 3rd of May Constitution– the words “Long live Poland! Long live the Catholic Church! Long live freedom and the Polish army!” were uttered. These words can be considered the motto of the activities undertaken by the Polish people during the Partition period and then in their fight to regain independence, lost in 1795. Demonstrations of this kind took place in various cities across the former Republic of Poland in 1916 and then later, on various patriotic occasions.

Above all, people celebrated the anniversaries of the outbreak of the three national uprisings, which took place in 1794 (the Kościuszko Uprising), in 1830 (the November Uprising) and in 1863 (the January Uprising), and the leaders of these uprisings, including Tadeusz Kościuszko, on the 100th anniversary of his death in 1917. It was a way for people to emphasize their attachment to national tradition, to freedom and to the idea of Polishness. They made it clear that, despite the fact that the Polish state had not existed on the map of Europe for over 120 years, Polish people were still “dreaming of freedom”.

And not even the lost bids for independence could dissuade them from this dream, even though the occupiers introduced various repressive measures following the fall of these uprisings – captured participants were imprisoned, sentenced to many years of exile (mainly to Siberia), had their property confiscated or were subjected to restrictions of their political freedoms, the ability to engage in social and economic activity and their freedom of worship restricted. However, contrary to the authorities’ expectations, the increasing reprisals led to an ever stronger social resistance. The main objective of this resistance was the defence of Polishness, understood as the defence of the Polish language, faith, history and tradition, as well as Polish property.

In the interwar period, as well as during and after World War II, the memory of national uprisings to maintain national identity did not fade.

These aims were achieved using various means, depending on which regime the given region was under and the methods used by the partitioning authorities. Many houses kept memorabilia related to the uprisings, cultivated the memory of family members who participated and ensured a patriotic upbringing of their children. The main goal was to teach the children the Polish language and introduce them to Polish history and literature. Mothers played a special role in these activities, as they were responsible for raising children in the spirit of Polishness – they prepared sons for the fight for independence and daughters for giving birth to future soldiers.

It was also seen almost as a duty of every Polish person to visit Cracow – the former seat of the Polish kings and after 1867, when national liberties were allowed, a place where national culture developed relatively freely and where national anniversary celebrations were held and a Polish university operated. It was also in Cracow that Józef Piłsudski, a political emigrant from the Kingdom of Poland and member of the Polish Socialist Party, who fought against tsarism, initiated the creation of the Polish Rifle Squads which, after the outbreak of World War I, stood as Polish troops fighting alongside the Austro-Hungarian Army. Over time, they became a symbol of the Polish struggle for independence, and later, after the rebirth of the independent Polish state, the foundation of the Polish army.

As for Piłsudski, he began to be perceived as the main creator of this event. Zofia Moraczewska, a social activist and later on one of the first Polish women parliamentarians, wrote in 1916: “[…] – in all the confusion, in all the chaos, in the tragic search for paths – in this endless, powerless dance, we need faith, even if a blind one, in someone’s greatness and strength as solid as a rock so that we can get out of the maze… Piłsudski seems to be that person, so even if we are failed yet again, even by this hope, let there be faith in him for now!

The shift in the political and military situation (which may be symbolised by the defeats of the Russian army), the outbreak of the Russian Revolution and, finally, the declarations of independence by the German and Austrian emperors on 5 November 1916, as well as the refusal by the Polish troops to take a pledge of allegiance to the emperor and the arrest of Piłsudski, strengthened the feeling that Poland could regain its independence. The last clue was crossed in Fourteen Points by the US President Woodrow Wilson who, thanks to the actions of pianist Ignacy Paderewski, was well aware of the situation in the Polish lands. Polish people in all of the three annexed territories redoubled their efforts to rebuild the future state.

Exhausted by five years of war and occupation, the society took up arms and managed to form an army in a flash.

There was less and less willingness to cooperate with the governments of the partitioning powers. People wanted to show their determination to fight for a free homeland. Conspiracies, carried out as part of the activities of the Polish Military Organisation among other things, intensified. Moreover, the Polish National Committee, operating since 1917 in Paris, intensified its international activities. Even before the formal end of the military operations of the Great War, skirmishes with the Ukrainians broke out in Lviv and the surrounding area, followed by war with the Bolsheviks. Exhausted by five years of war and occupation, the society took up arms and managed to form an army in a flash. In the area of Poznań and later Silesia (the Prussian Partition) uprisings broke out, aimed at confirming the preferences of the inhabitants of these lands. The fighting eventually stopped in 1922.

At the same time, at the backend of the war fronts as it were, starting as early as 1917, the foundations for the Polish state were laid. These activities intensified after Józef Piłsudski returned from prison in Magdeburg and after the armistice at the Western front (11 November 1918). Independent Poland became a democratic country – the right to vote was granted not only to men but also to women, the only electoral qualification criterion in force was age, and progressive legislation was introduced – including an eight-hour working day. The Constitution, adopted in March 1921, recognised inhabitants of the Polish state as Polish citizens regardless of their gender or religion. Turnout in the first elections was very high – undoubtedly the result of the people’s joy at winning back their own country, but also of the hopes they pinned upon it.

The experience of losing independence for over a century and fighting to get it back became a permanent part of Polish identity. In the interwar period, as well as during and after World War II, the memory of national uprisings and other manifestations of the struggle to maintain national identity did not fade. It can even be said that the Nazi occupation was incorporated into this symbolic order of things and in a way strengthened the independence tradition. In 1937, the symbolic day of 11 November (marking the end of the war and Piłsudski’s return) was proclaimed a state holiday. Despite the authorities’ attempts to question its importance after 1945, it returned to the state holiday calendar as the Polish Independence Day following the political transformation in 1989. This year marks the 100th anniversary of the reappearance of Poland on the map of Europe.

Anatomy of a Life Line
Preparing the future
Poles and Independence
225 years of Polish food history
Invisible Exhibition: could Darkness open your eyes?