17 Jul Visions of an Untold Secret

Visions of an Untold Secret

Held the Museum of Lisbon, “The Light of Lisbon” joined painting, literature, cinema and photography in the first and most comprehensive attempt to depict the singularity of the phenomenon in exhibition format. 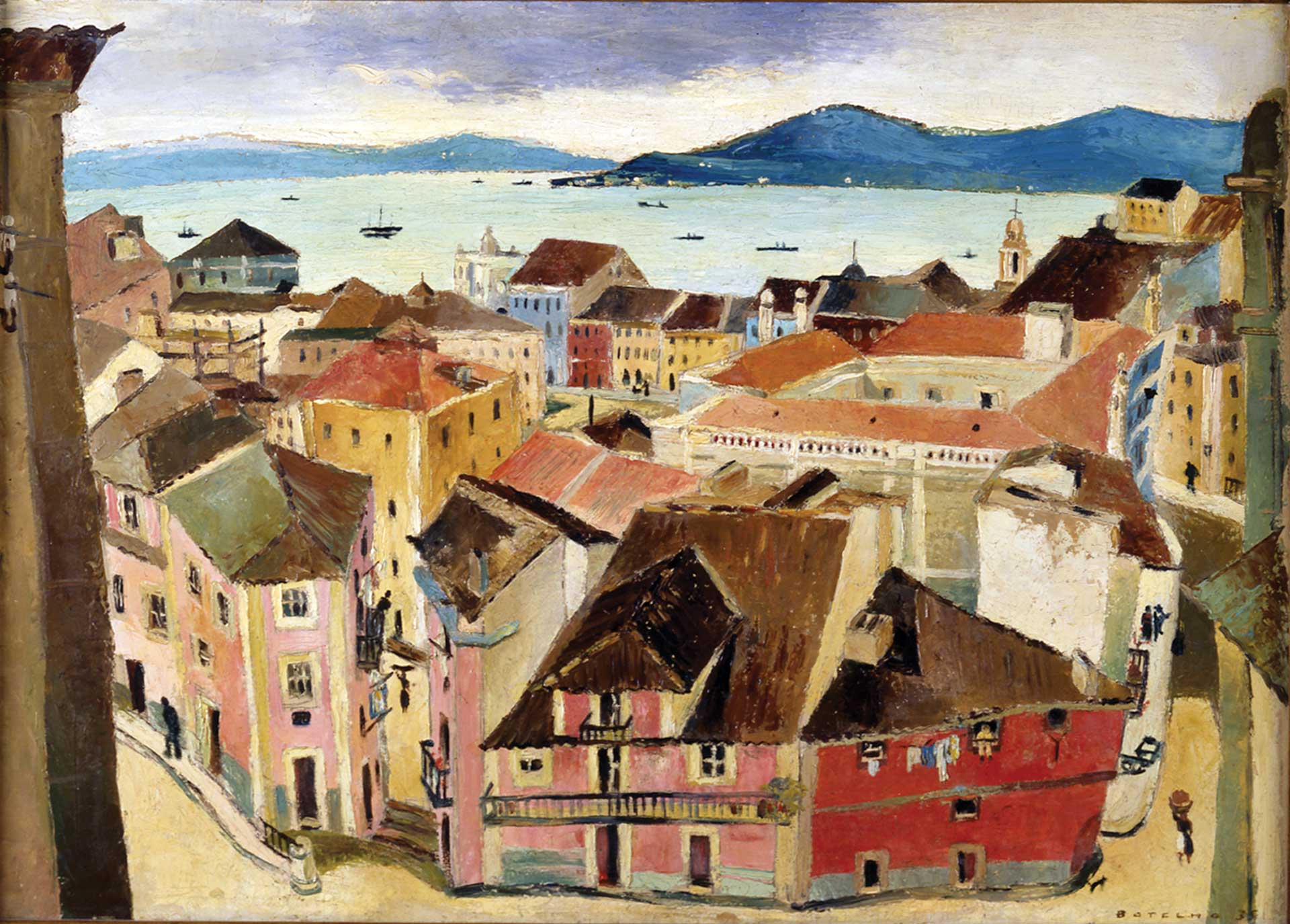 WHY DOES THE LIGHT OF LISBON AMAZE ARTISTS CONTINUOUSLY?

Are the reasons for its uniqueness more physical or more poetic? What makes it different? Rather than providing definitive answers, the idea behind the first and most comprehensive attempt to depict the singularity of the phenomenon in exhibition format was raising new questions and offering new perspectives on the special clarity of the city. Created in the scope of the UN/UNESCO International Year of Light’s celebration, “The Light of Lisbon” was held between 2015 and 2016 in the multi-branched Museum of Lisbon. In order to capture the mythical luminosity of the Portuguese capital, the event, coordinated by Joana Sousa Monteiro, brought together a significant number of artistic expressions from the twentieth century, crossing various fields, from literature to advertising, from painting to photography and cinema.

The exhibition’s layout intended to put science and arts in dialogue, complementing their languages and speeches to take visitors to look at and to feel this unique light. That was why the project was curated by a person from each field: Ana Maria Eiró, full professor of Physics at the Faculty of Science of the University of Lisbon and former director of the Museum of Science of the same university, and Acácio de Almeida, co-founder of the Portuguese Centre of Cinema and Director of Photography in several films that selected Lisbon as a scenery, as Alain Tanner’s “The White City”. 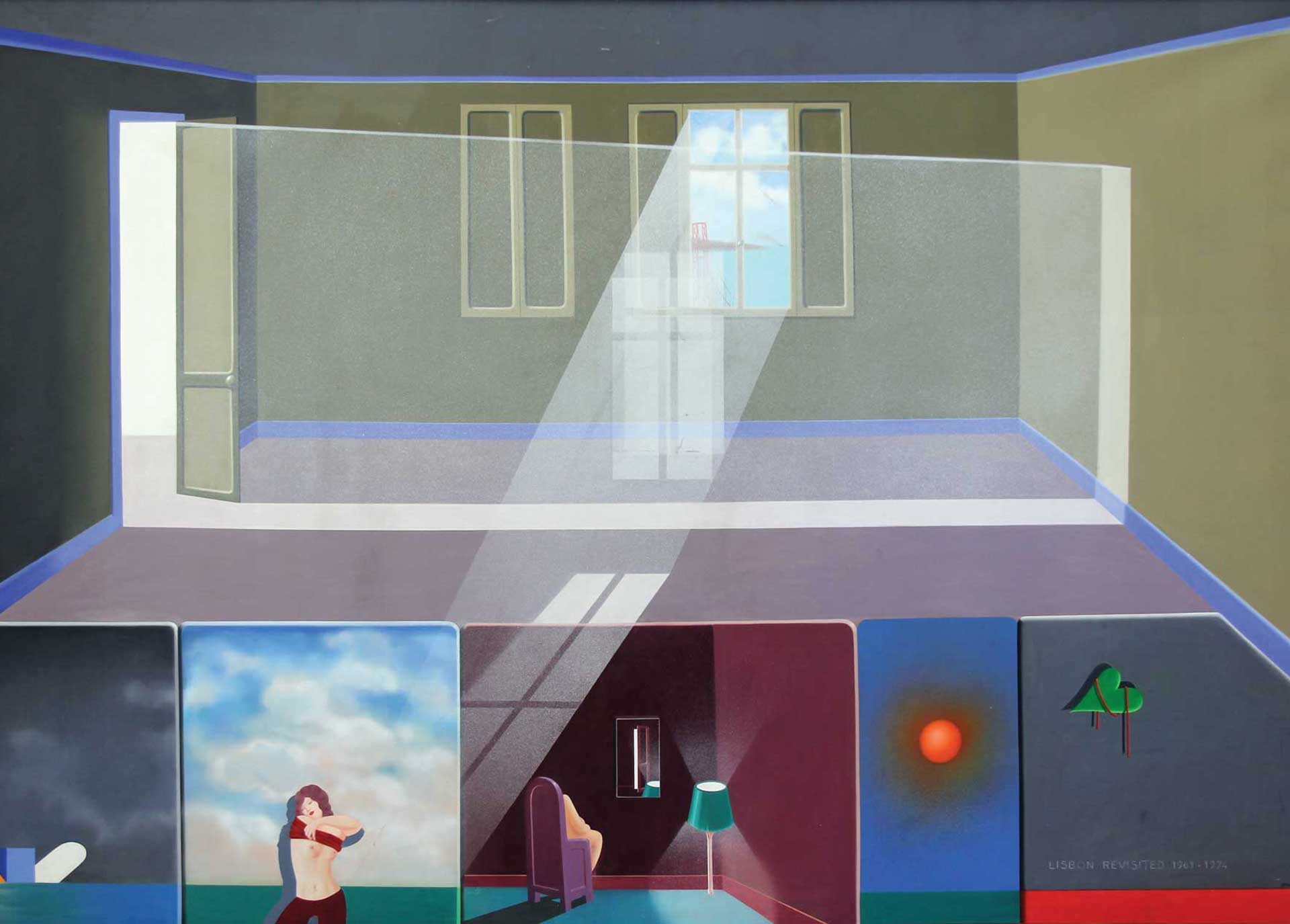 This panting from 1974 is a tribute to Fernando Pessoa and presents itself as a symbol of the city at a time of memories and longing. The light is a central theme in his work, as a defining element of the geometry of space. 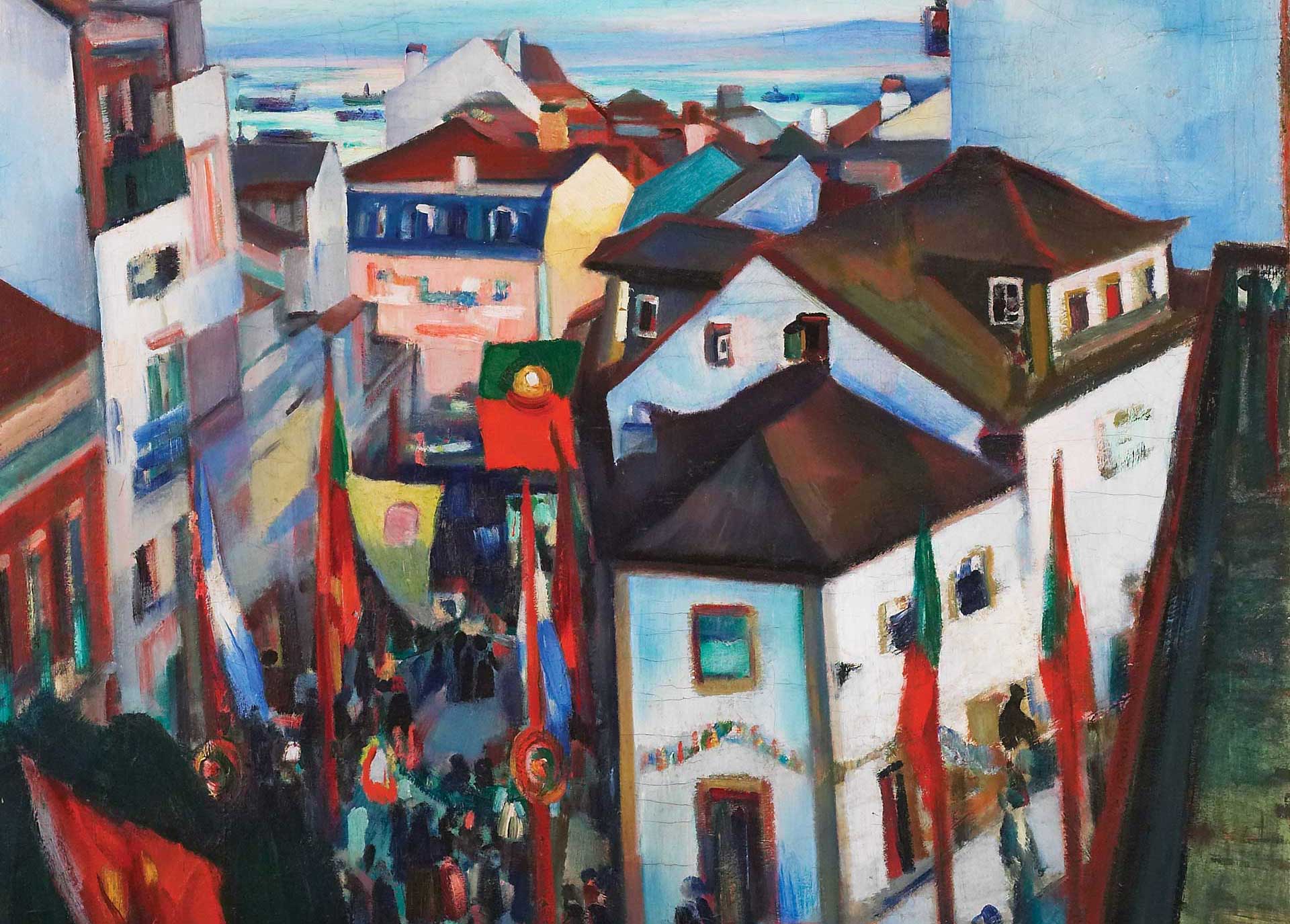 Estrela Faria was a Portuguese modern artist. In this painting, the artist portrays one of the most emblematic and picturesque streets of Lisbon. The Neoclassic poet Bocage lived and died at the number 25 of this alleyway. 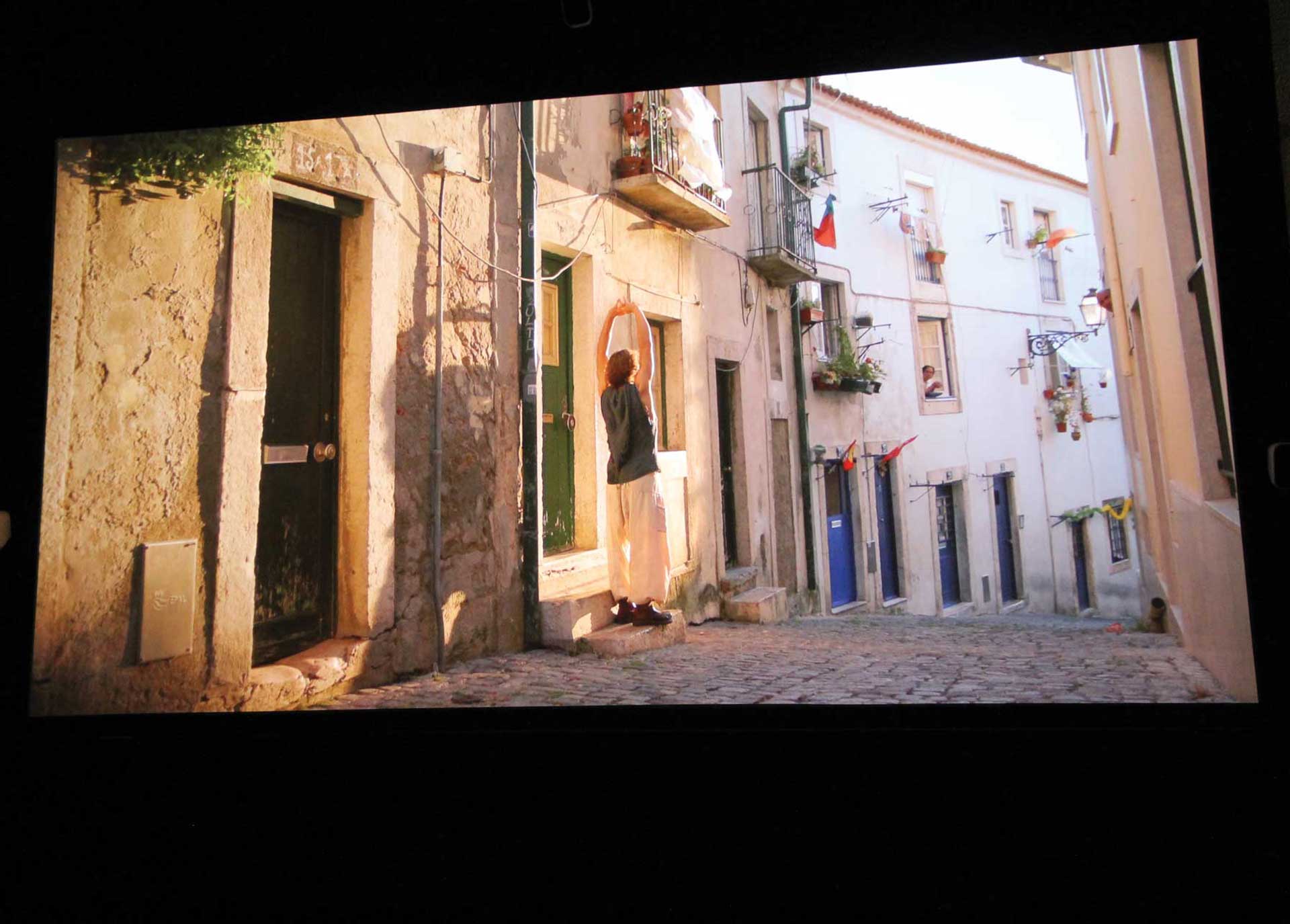 “A Peça”, by Bruno Canas

Scene from a short film directed by the young filmmaker Bruno Canas in 2015 about the International Year of Light and its relationship with Lisbon.

Said to paint Lisbon like no other artist, architect Manuel Amado relies on his memory and impressions to recreate an intimate light above the city. This painting from 1997 reconstructs Rua da Rosa, one of the main streets of Bairro Alto. 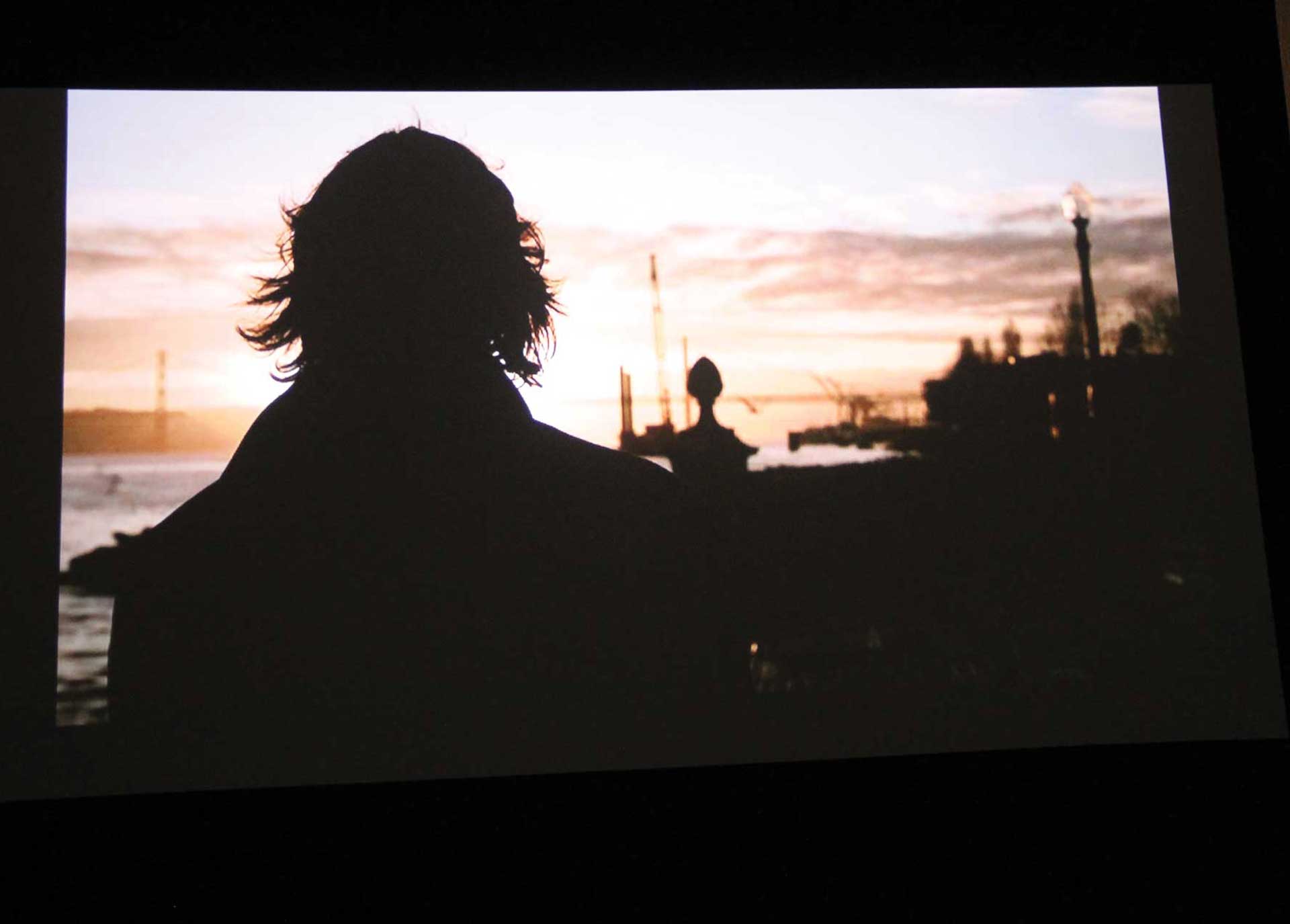 “Film of Disquiet”, by João Botelho

Based on “The Book of Disquiet” (1982), a work credited to Fernando Pessoa’s semi-heteronym, Bernando Soares and published posthumously, the film explores the Portuguese writer’s poetry in close connection with the city. This scene was set in Cais das Colinas.

This article is part of the “The Unique Light of Lisbon” feature.