Timekeeping devices have been used throughout History. Their two basic components? A constant, repetitive pulsation and a way to track time’s advancement. 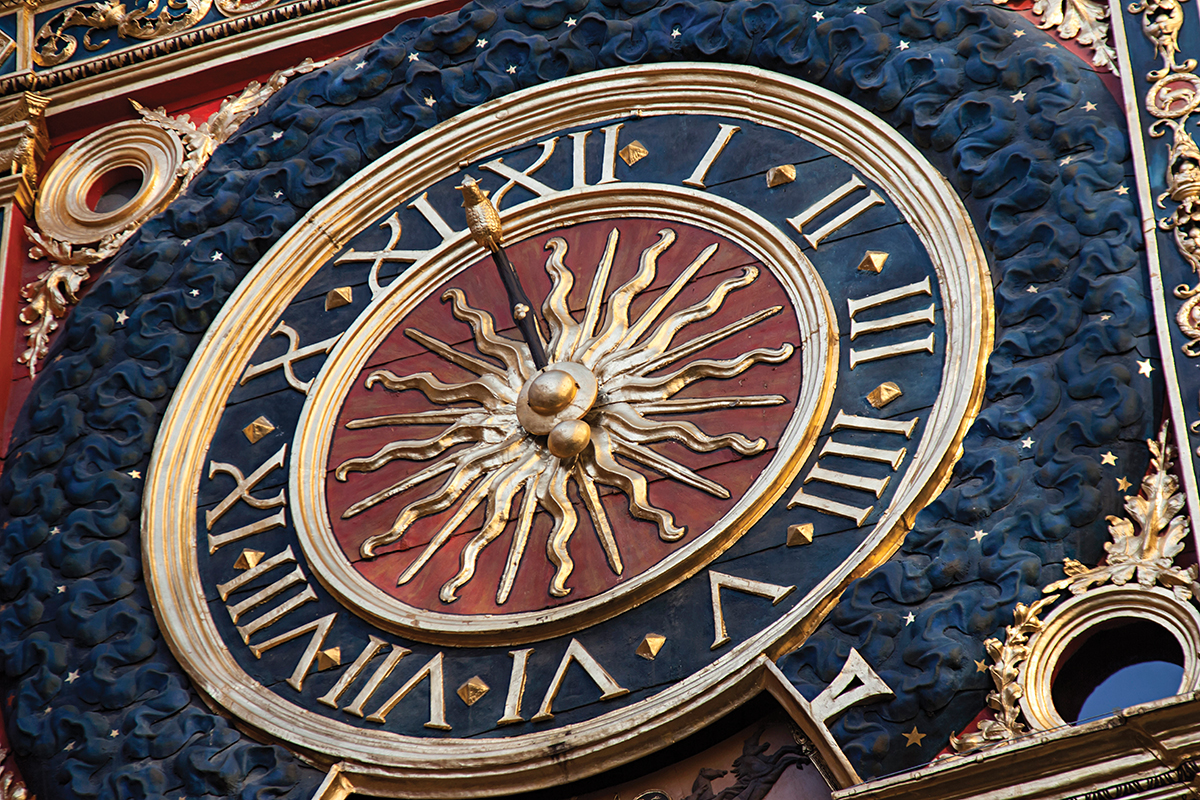 Time has been measured since mankind has felt the need to plan for the future, organize the day between chores, schedule prayers, guide ocean voyages or even just make sense of the passage of time. From sundials to mechanical watches, from pocket watches to wristwatches – or even a watch that can work as a phone – there have been multiples ways, throughout history, of keeping time – some more accurate than others – and that’s what you will explore in the following pages. If the clock is one of the oldest human inventions in terms of devices, it’s also a physical and commonplace object that can, in some instances, be considered as an “object d’art” and have a very specific iconography and aesthetics.

There are clocks and watches that have become reference points, as instruments that transcend their function as timekeeping devices and move towards a timeless domain. Within these pages, we’ll also undertake a visual exploration that focuses on iconic and famous timepieces within the pop culture firmament. The instances culled include monuments that mark a city’s landscape, watches that became game changers within the industry but also famous illustrations, art installations and paintings, without neglecting examples sported by film heroes, to some very real-life icons. These are the devices that make timekeeping an art.

The water clock is the first instance of a device designed to keep time that does not depend on celestial objects. Time was measured by the regulated (one hour) flow of liquid in and out of a vessel. Curiously, the famous Greek philosopher Plato invented the first alarm clock as he was developing a water clock. 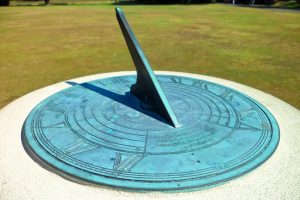 A sundial, or shadow clock, is the earliest timekeeping device by relying on the sun (and its apparent position in the sky) to represent the passage of time. Although quite precise, these are useless at night or on overcast days. The Metropolitan Cathedral Basilica of Saint Catherine of Alexandria (1577-1622), located in Cartagena, Colombia, possesses a wall mounted sundial plate that is very accurate in terms of timekeeping.

This is a Chinese maze incense clock. In the Far East, burning incense was often used as a timekeeper, and Chinese texts refer to periods of time as the time it takes to burn an incense stick. The length of incense sticks was standardized and the perfumes which could be incorporated within them enabled the user to keep time simply by means of their sense of smell. Although the origin of the hourglass (or sand clock) is unclear, it was definitely used in Medieval ships as did the Portuguese explorer Ferdinand Magellan. It is comprised of two glass bulbs connected vertically by a slim neck that allows a measured drip of material (usually sand) from the upper bulb to the lower one.

In the 9th century, King Alfred the Great of England (849-899) had a candle clock that consisted of six candles that were 12 inches high and made from 72 pennyweights of wax. Each candle was able to burn for four hours and the whole set of six lasted 24h. 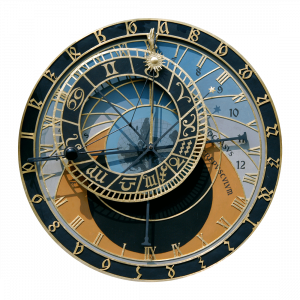 A clock with special machinery and dials in order to display, as the name suggests, astronomical information such as the position of the sun, moon, constellations or planets, in relative term. The European models, which derived from the Greek 2nd century BC Antikythera Mechanism, emerged by 1300 and became popular in the 18th century. In Gdansk, Poland, the St. Mary’s Church has an astronomical clock from the 15th century. It was the largest at the time and might still be the largest wooden one.

New time standard is set by atomic watches, which uses the caesium atom to measure time. In 1967, it was formally recognized as the new international unit of time by the National Institute of Standards and Technology (NIST). 1 second equals 9.192.631.770 oscillations of the caesium atom’s resonate frequency. In the 1930s, quartz crystal and its electric abilities created the most accurate watch yet due to the crystal oscillator generating a signal with an extremely precise frequency. The first one was built in 1927 by Warren Marrison and J.W. Horton, employees at Bell Telephone Laboratories.

Pope Sylvester II (946 AD – 1003) is presumed to have built the first mechanical clock in the 11th century. Further along, Galileo Galilei (1564-1642) contributed to their evolution with his investigation of the pendulum, which was used to regulate mechanical clocks, rendering them more accurate. In 1904, a Brazilian aviator asked famed French watchmaker Louis Cartier to build him a wristwatch. Cartier obliged. Later, during World War I, aviators and soldiers were the first to wear wristwatches due to its usefulness. which dramatically changed public perception regarding their usage, opening up a mass market in the postwar era.

The first pocket watch (a portable watch) was invented by a German locksmith, Peter Henlein (1485-1542). Later, it was added a balance ring, which regulated it like a pendulum – this invention belongs to pendulum clock builder Christiaan Huygens (1629-1695). This made them accurate within 5 minutes per day, revolutionizing the watch-making industry. 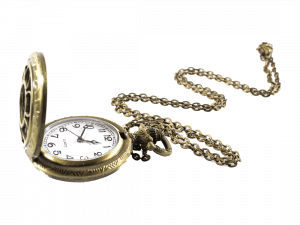 Also known as an automata clock, this kind noticeably strikes, or chimes, the hours and features automatons, i.e., self-operating mechanisms that automatically follow a programmed sequence of operations. They were built from the first century BC up until Victorian times. Angels, saints, royalty or famous composers are usual imagery present in these types of clocks.

SOME OF THE MOST ICONIC WATCHES AND CLOCKS IN HISTORY 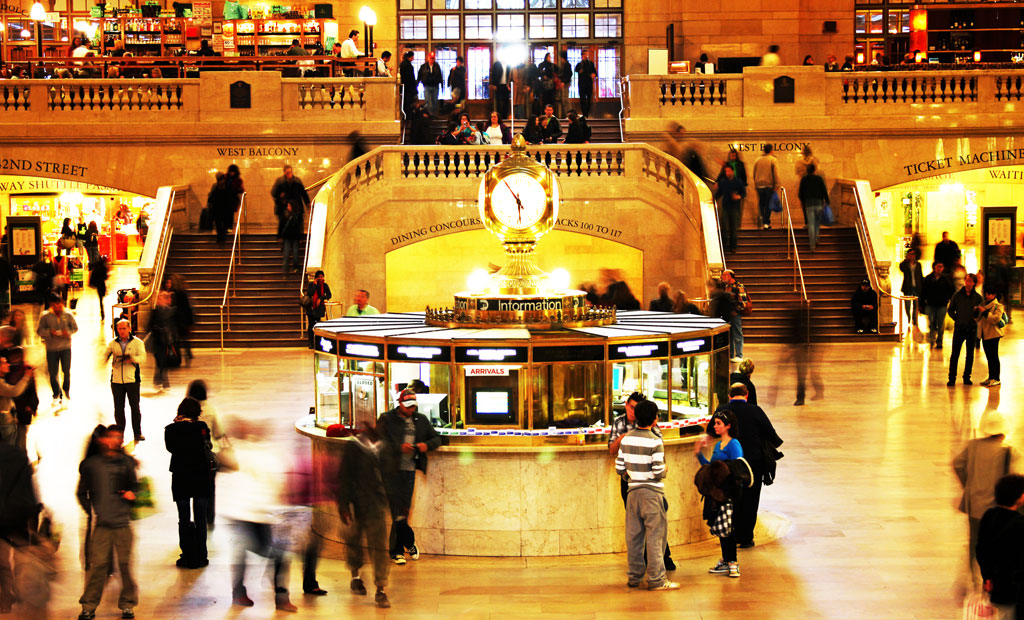 The Grand Central Terminal is the United States of America’s most iconic and beautiful train station. It is a commuter, rapid transit railroad terminal located at 42nd Street and Park Avenue, in Midtown Manhattan in New York City. 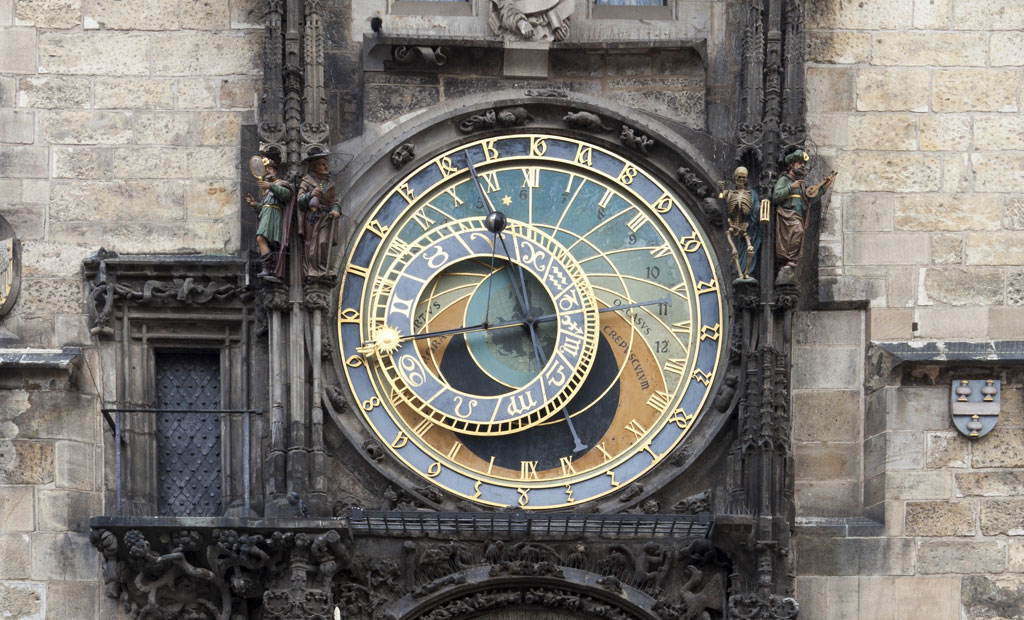 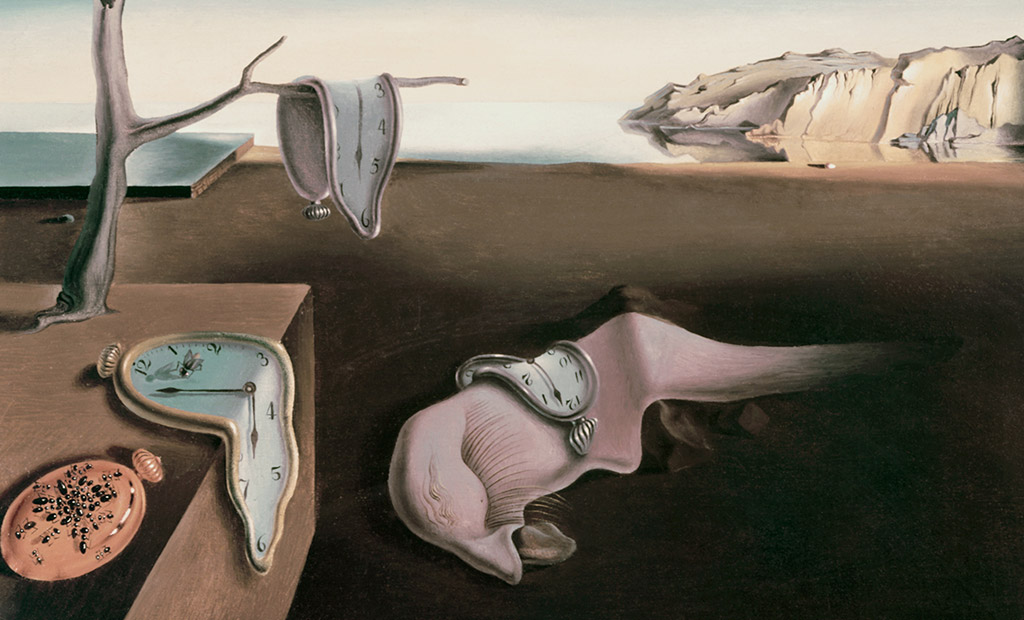 “The Persistence of Memory” by Salvador Dali

Currently located at the Museum of Modern Art, in New York, (since the year 1934, three years after it was first created), this surrealist painting is one of the most recognizable art works by Spanish artist Salvador Dalí. 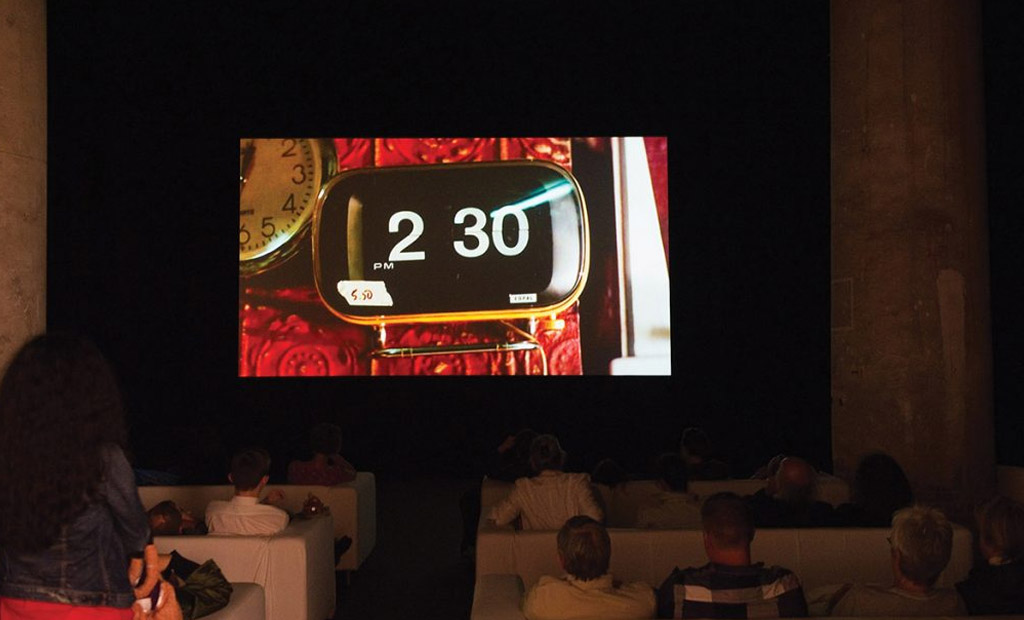 “The Clock” by Christian Marclay

This video art installation by American-Swiss artist Christian Marclay that functions as a looped 24-hour long montage of scenes from cinema and television history includes real-time references to the time of day. 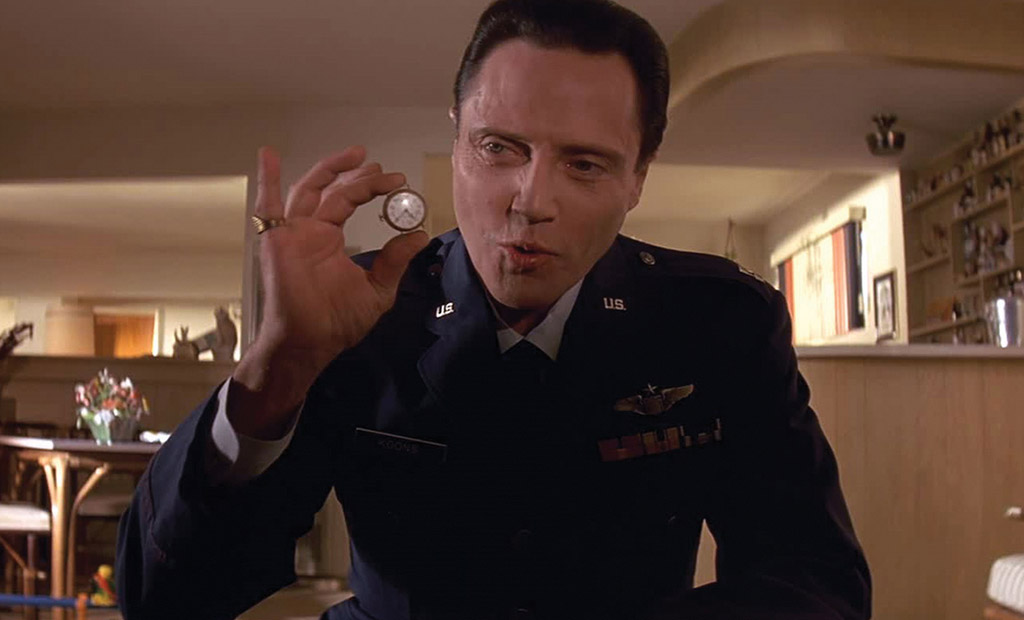 This 1994 American film, written and directed by Quentin Tarantino, mixes the neo-noir crime genre with black comedy. This still belongs to the segment “The Gold Watch” with Christopher Walken. 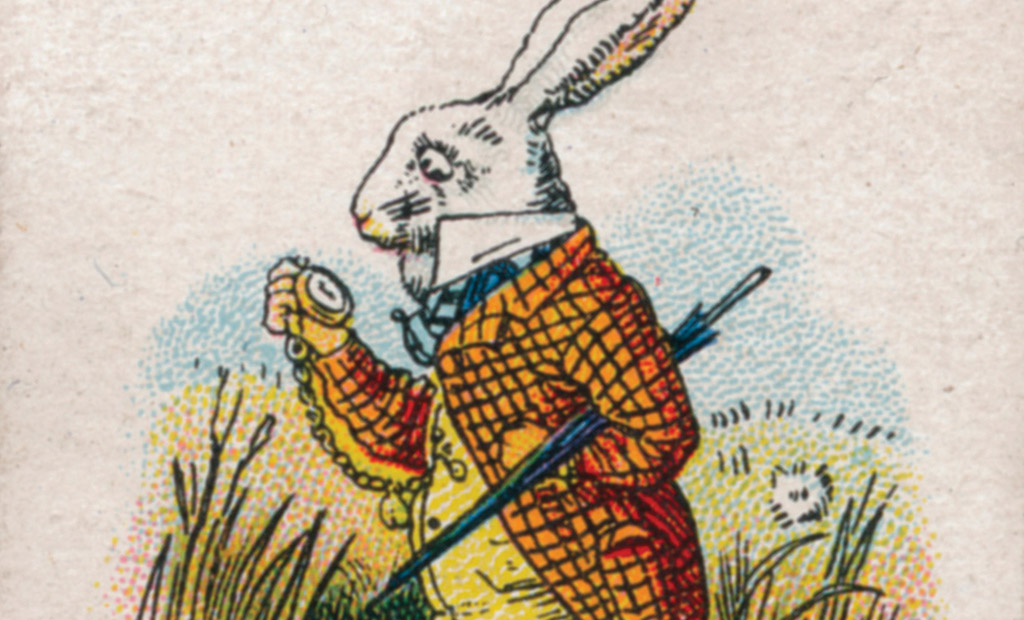 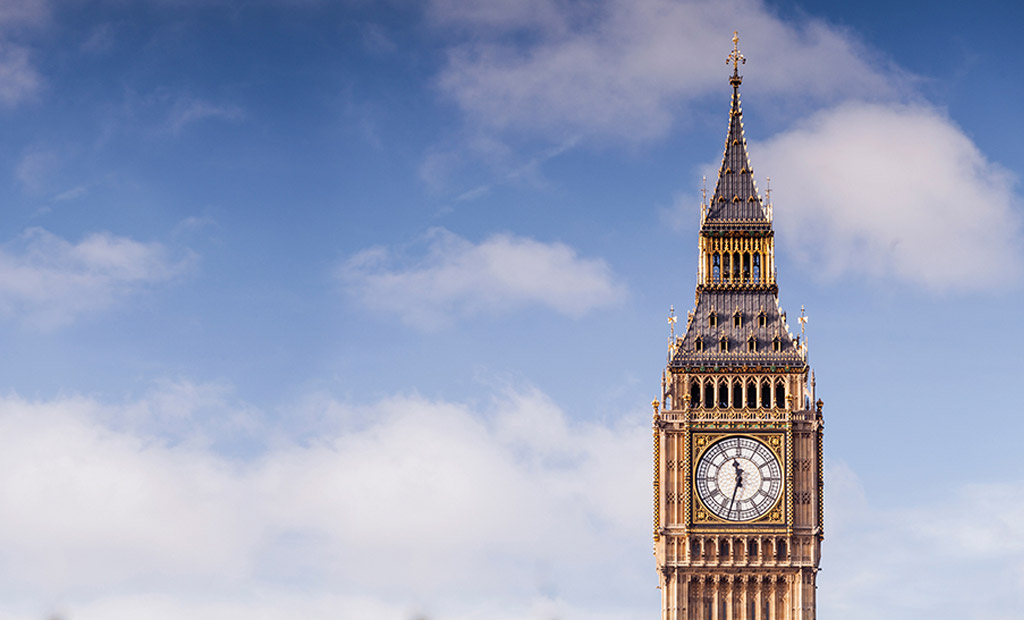 The Great Bell of the clock tower at the north end of the Palace of Westminster, in London, UK, is named Elizabeth Tower but nicknamed Big Ben. It was completed in 1855.

Watchmaking @ Casa Pia
Aurélia de Sousa, between Willingness and Possibility
The Art of Glass-Blowing
The Watch Book
A swift History of Beans