20 Dec Taking the Pulse to Sustainability

Taking the Pulse to Sustainability

What is the key role played by peas, beans, lentils and chickpeas in fighting malnutrition? In the International Year of Pulses, a nutritionist, a horticulture expert and an actress digested this question over a meal. 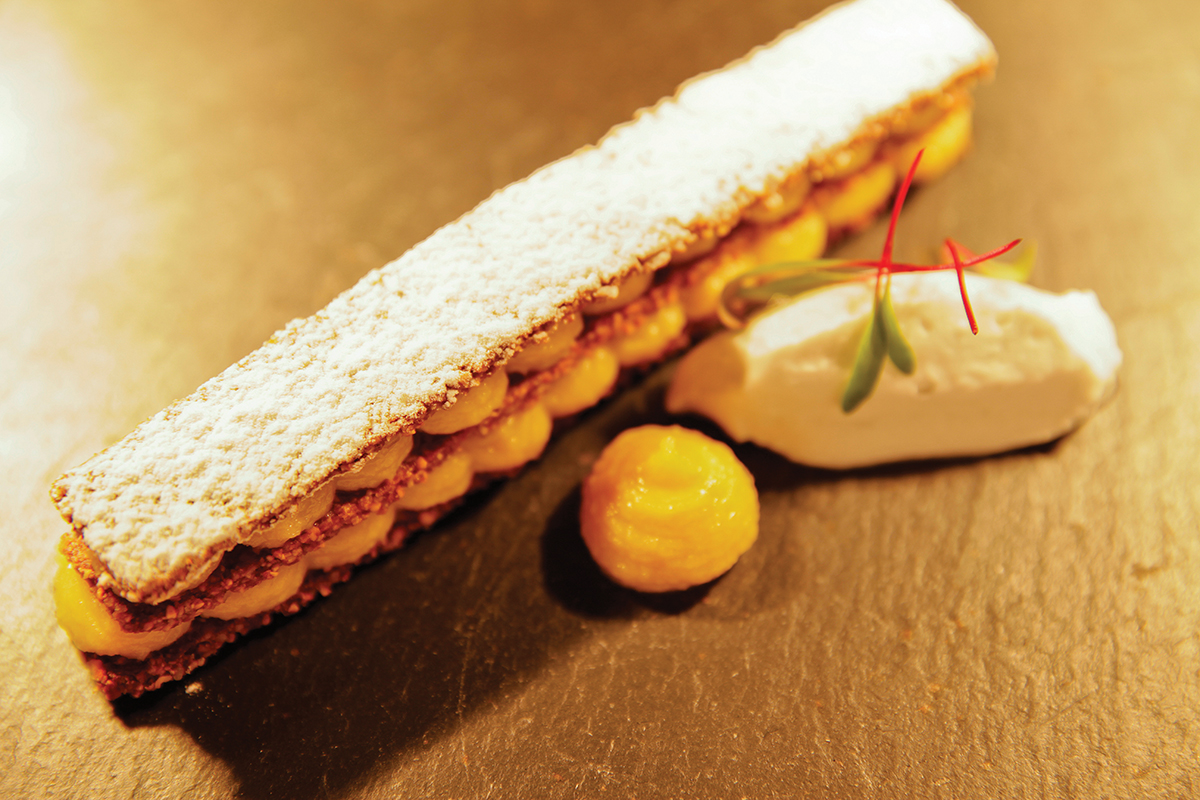 The United Nations Organization put the topic of pulses on the world agenda in 2016, as being of vital importance to humanity, at a time in which the rampant growth in the world population is putting pressure on food with proteins of animal origin.

The actress Anabela Teixeira was chosen by the FAO – Food and Agriculture Organization of the United Nations Organization, to be the ambassador of this initiative in Portugal. Feed invited her to moderate a talk about the importance of pulses with Susana Pasadas, nutritionist at the Jerónimo Martins Group’s, and António Monteiro, professor at the Instituto Superior de Agronomia (Higher Institute of Agronomy) of the University of Lisbon. Seated at a table in the restaurant Open Brasserie Mediterrânica, at Inspira Santa Marta Hotel, in Lisbon, the three guests discussed how pulses can contribute towards mitigating and adapting to climate change, as well as towards food safety and soil fertilisation. Professor at the Instituto Superior de Agronomia (ISA), School of Agriculture at the University of Lisbon. He has been researching in the field of Horticulture, teaching about Production and Diversity, use and conservation of Vegetables, within the scope of the Master in Gastronomic Sciences. Portuguese actress that starred in several movies, television series, soap operas and short films. She was chosen by the Food and Agriculture Organization of the United Nations Organization in Portugal as ambassador of the 2016 International Year of Pulses. Coordinator of the Nutrition team of the Jerónimo Martins group’s quality and Private Brand Development Department. She is responsible for new food products development and nutritional information validation. She is also involved in awareness and promotion campaigns regarding healthy eating. 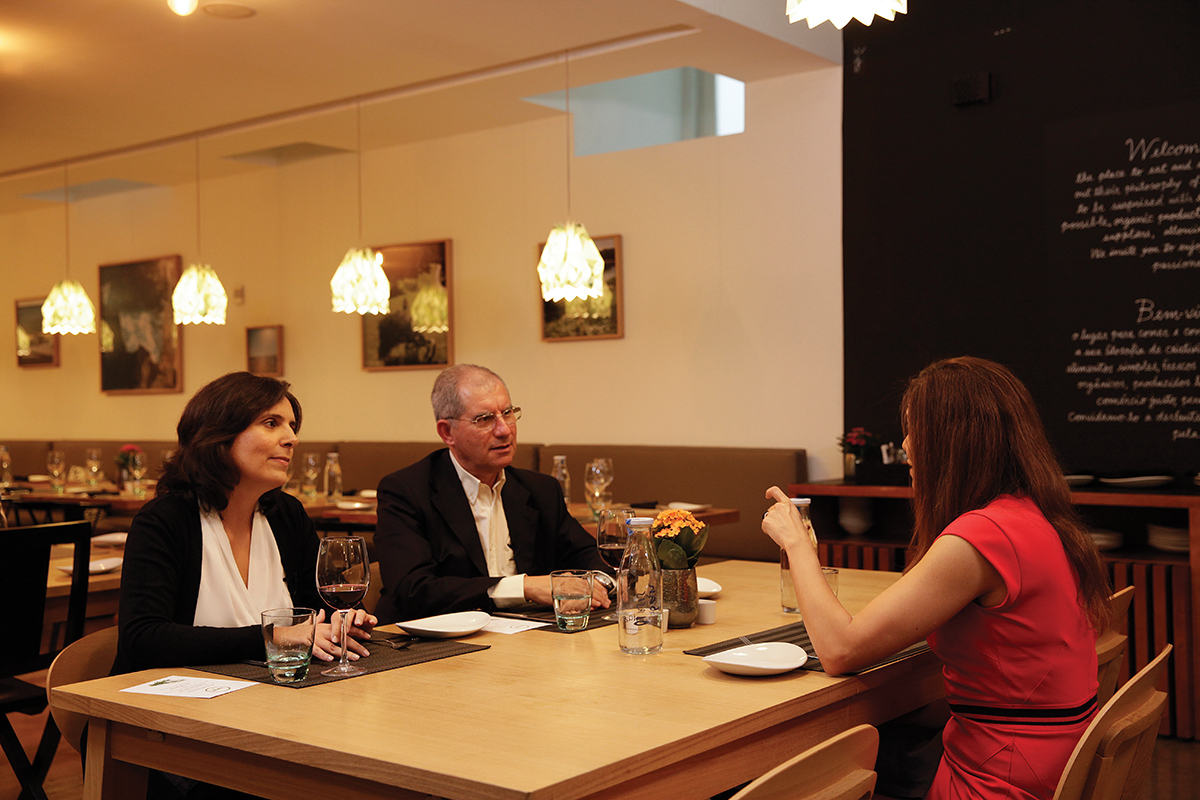 EACH CLIMATE HAS ITS OWN PULSE Crowned scallops with mashed peas, crispy green beans and smoked black pork was the starter chosen by chef João Silva to trigger the conversation. Susana Pasadas started by saying that “people don’t include enough of what we call food of high nutritional value in their meals, because they forget or simply because they don’t want to”, warning that “people will eat in quantity rather than in quality”.

That’s where pulses come in. Pulses are highly nutritious, not only because its high content of protein – which is the equivalent of around 20 to 25% of their weight – but also because they are rich in vitamins and minerals, and are an essential part of our diet, the nutritionist explains. They are equally important in the fight against hunger, António Monteiro adds, because “there is such a huge variety of pulses, it’s possible to find the right pulse for any climate.” This means that “populations nowadays can locally produce their diet, contrary to what happened before, when people tried to take rice and cereals from one continent to another”, the professor says. “If we want to reinforce the local diet with pulses, we must select those which best adapt to a certain crop system and to certain soil and climate conditions”.

“We can partly replace animal protein and we can enrich our diet with certain minerals, if we include pulses”

CAN PULSES INCREASE THE FERTILITY OF THE SOIL? António Monteiro, who has been working on research in the area of Horticulture, explains that the impact of pulses on the fertility of the soil is related to its ability to biologically fix nitrogen. “In a symbiosis with certain kinds of bacteria, such as the rhizobium kind – which settle in their roots – pulses can convert atmospheric nitrogen into nitrogenous compounds, which are used by the growing plants, thereby enriching the fertility of the soil”. According to FAO, it is estimated that pulses are able to fix between 72 and 350 km of nitrogen per hectare per year.

Pulses play an equally important part regarding climate change, as “the use of proteins of vegetable origin has a much lower impact on the planet’s resources than proteins of animal origin”, the university professor tells us, as he tastes the second dish prepared by chef João Silva: lamb ravioli and skewered loin with rosemary, served with japanese adzuki beans and vegetables.

Anabela Teixeira remembers a film she saw recently, the well-known “Cowspiracy” (2014), by Kip Andersen and Keegan Kuhn, which exposes a series of situations and figures, practically unknown to the majority of the population until then, about rearing animals for food. Such as the fact that 51% of gas emissions responsible for the greenhouse effect are caused by cattle farming and related activities. But if we’re talking about cattle farming, we’re also talking about fishing, “which is carried out in an unsustainable manner”, she adds. “To catch certain kinds of fish, a series of other fish are killed which are becoming extinct”. “The film had a huge impact on me”, the actress admits. The third dish to come to the table – an almond and chickpea tart with coconut “chantilly”. As a nutritionist, Susana Pasadas is well aware of the benefits of this pulse for our health and well-being. “It’s a precious source of niacin, which is a very important vitamin for a series of body functions”, she says. Besides “being beneficial for the immune system, it helps to reduce tiredness and farigue”.

“A diet that is rich in chickpeas helps to lower cholesterol”, António Monteiro advocates, with the consent of Susana, who then stresses “that in reality cholesterol levels as they are very rich in soluble fibre”. That fibre, the nutritionist explains, “has a very positive effect on the failure to accumulate cholesterol in our metabolism”, besides “having a huge impact on our feeling full”. “Just a small amount of pulses is enough for us to be well fed and without that sensation, which affects everyone generally, of needing to eat more”, she says.

There are an increasing number of people choosing a diet where pulses are the main and exclusive source of protein. António Monteiro says, however, that the “transition from consuming animal protein to vegetable protein must be done “carefully”. But why? Susana Pasadas explains: “Although the percentage of protein in pulses is, in fact, high, they do not contain all the essential amino-acids.

It is therefore necessary to “take some care with the combinations” as pulses have anti-nutrients in their composition – which on the one hand are very important for preventing some kinds of cancer, such as polyphenols; but on the other hand, lead to a decrease in iron absorption, such as phytates. We need to “make wise combinations”, in order to “take the greatest advantage of this kind of food”, such as combining pulses with cereals or pulses with food with a high vitamin C content.

The nutritionist is a fan of the Mediterranean Diet, due to the variety of food included. “We can partly replace animal protein and we can enrich our diet with certain minerals which are important”. That’s the message the health and nutrition experts are trying to get across nowadays. 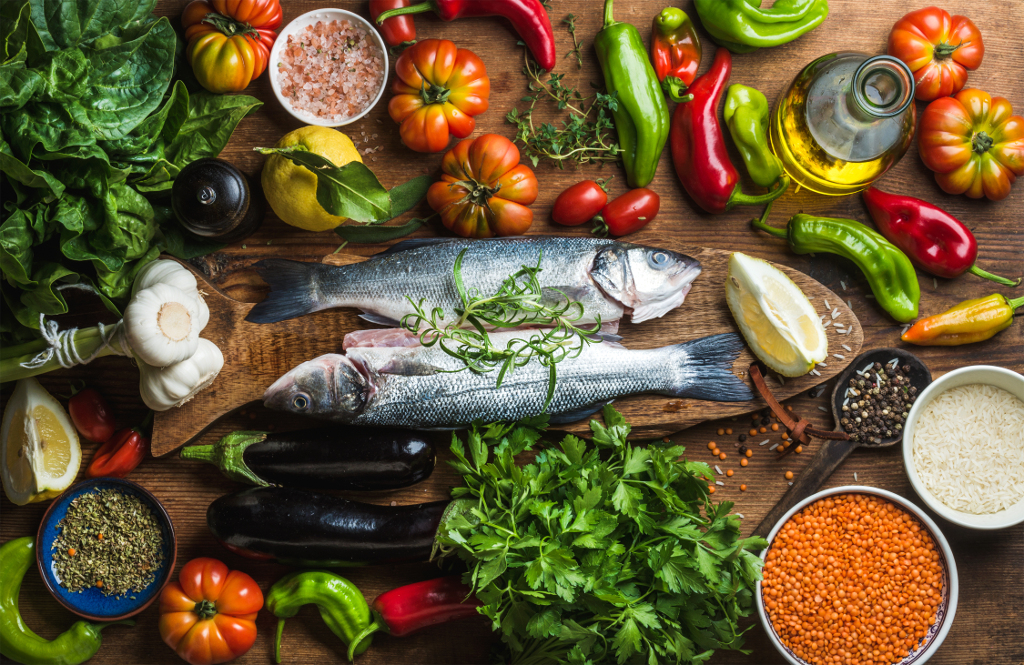 “By consuming pulses, we are contributing not only to our health but also to the health of the planet” 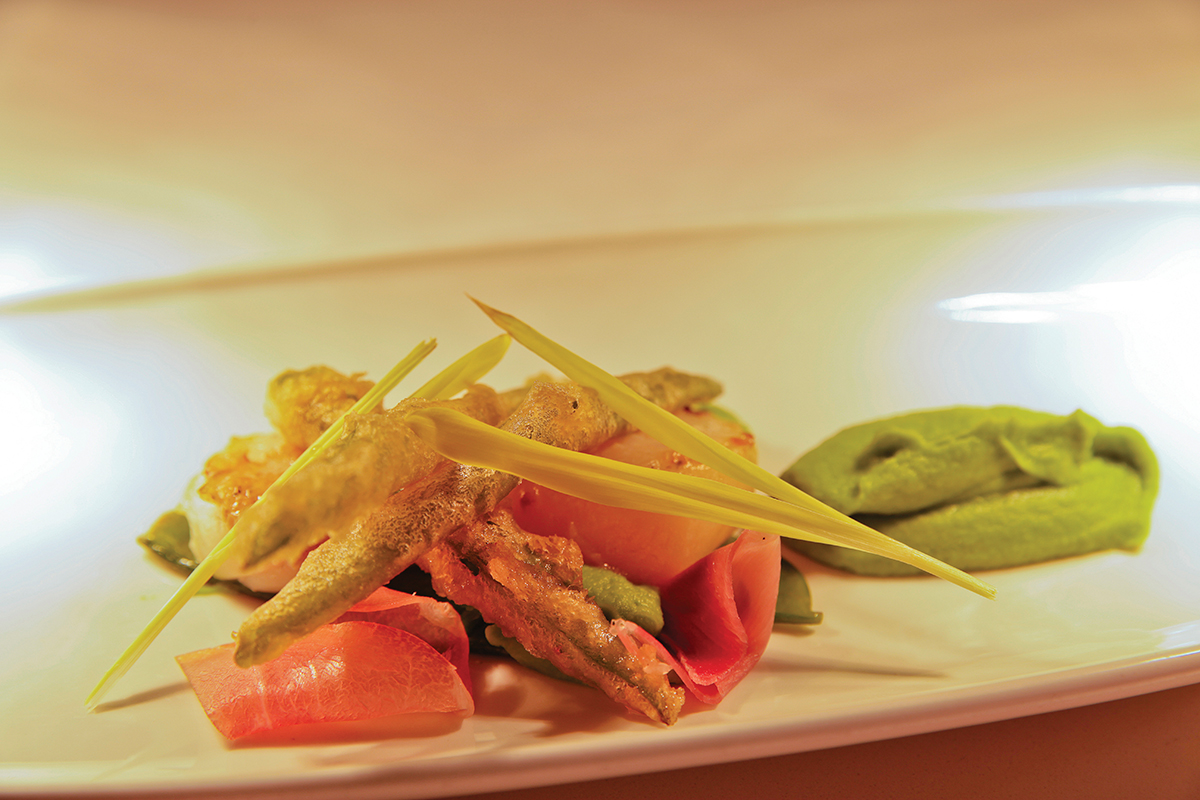 It is said that peas are among the Earth’s oldest vegetables. The oldest pea ever found was nearly 3,000 years old and discovered on the border of Myanmar and Thailand. Their cultivation became widespread so early in history that it is uncertain where peas came from; although the most likely places of origin are China, the Middle East, Sri Lanka, Malta or Italy. 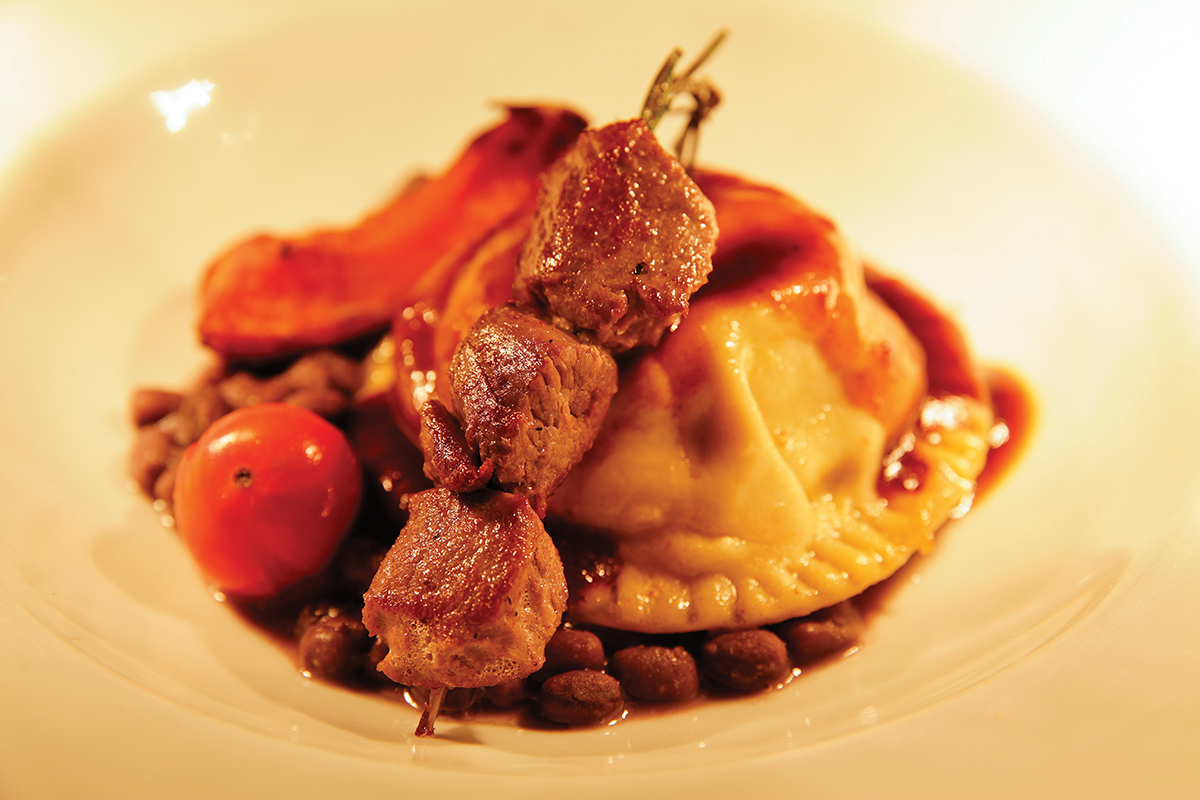 Adzuki beans are small, red beans that originated in East Asia and the Himalayan region and is commonly eaten in Japan, China, Korea, and other Asian nations, although it can be found in other parts of the world due to exportation. They are primarily red in color, but white, black, and mottled cultivars can also be found in certain areas. 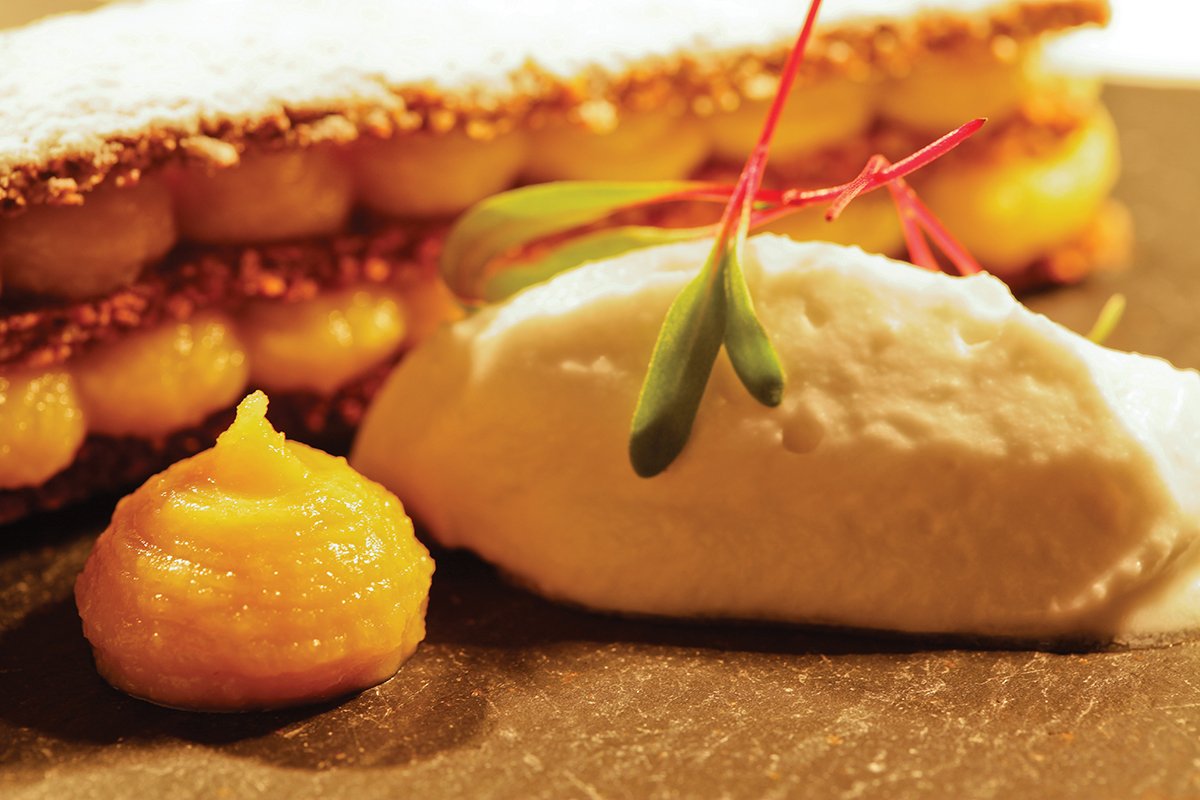 They might not be the most immediately obvious thing to eat for dessert, but there are many ways to used them. High in protein and fibre, and low in fat, they can stand in for butter and flour, deliver moisture, texture and richness. Pulses official blog – http://voltaraterra.pt/ – recommends two desserts recipes: apple cake with chickpea puree and chickpea gingersnaps. 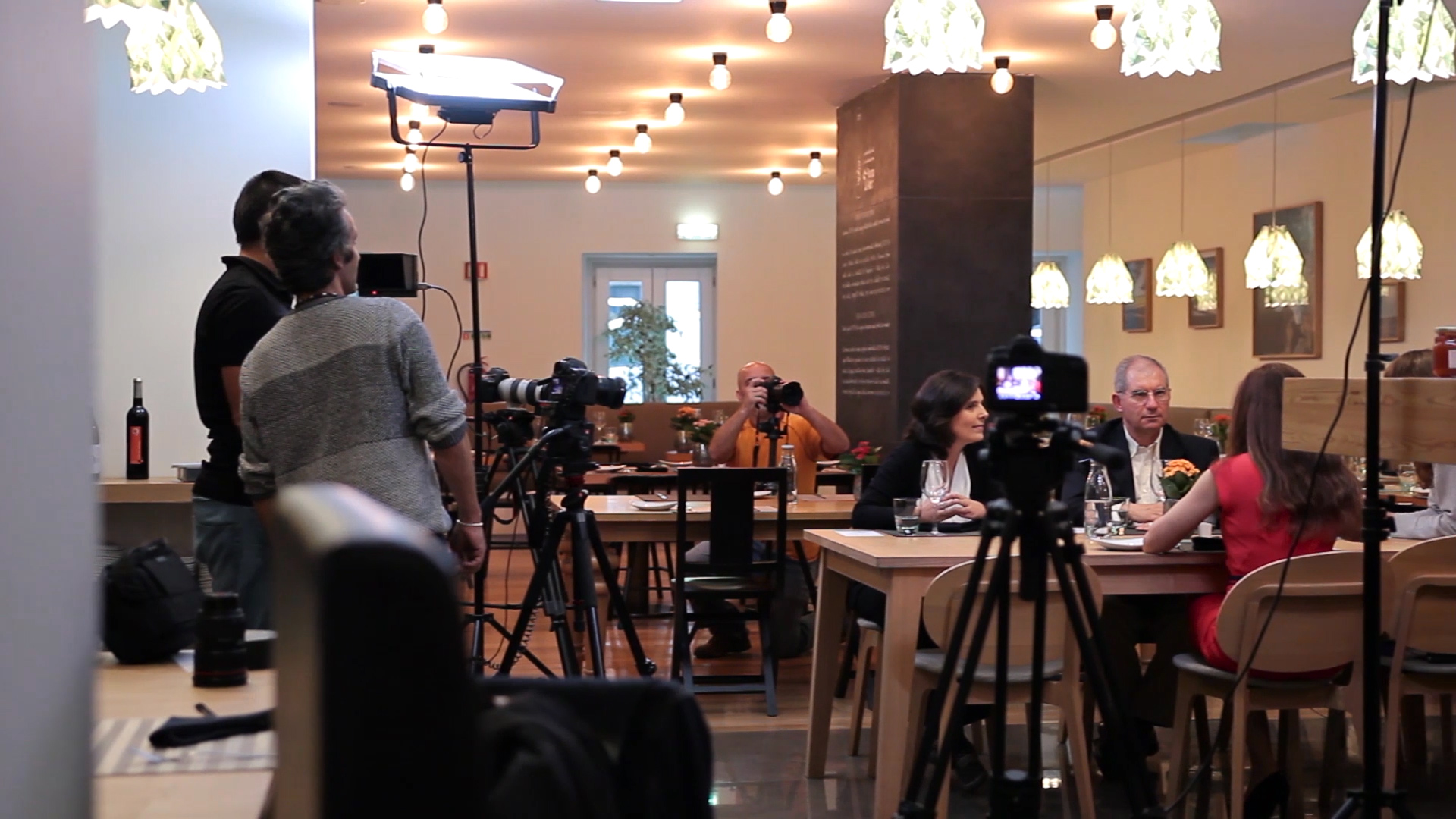 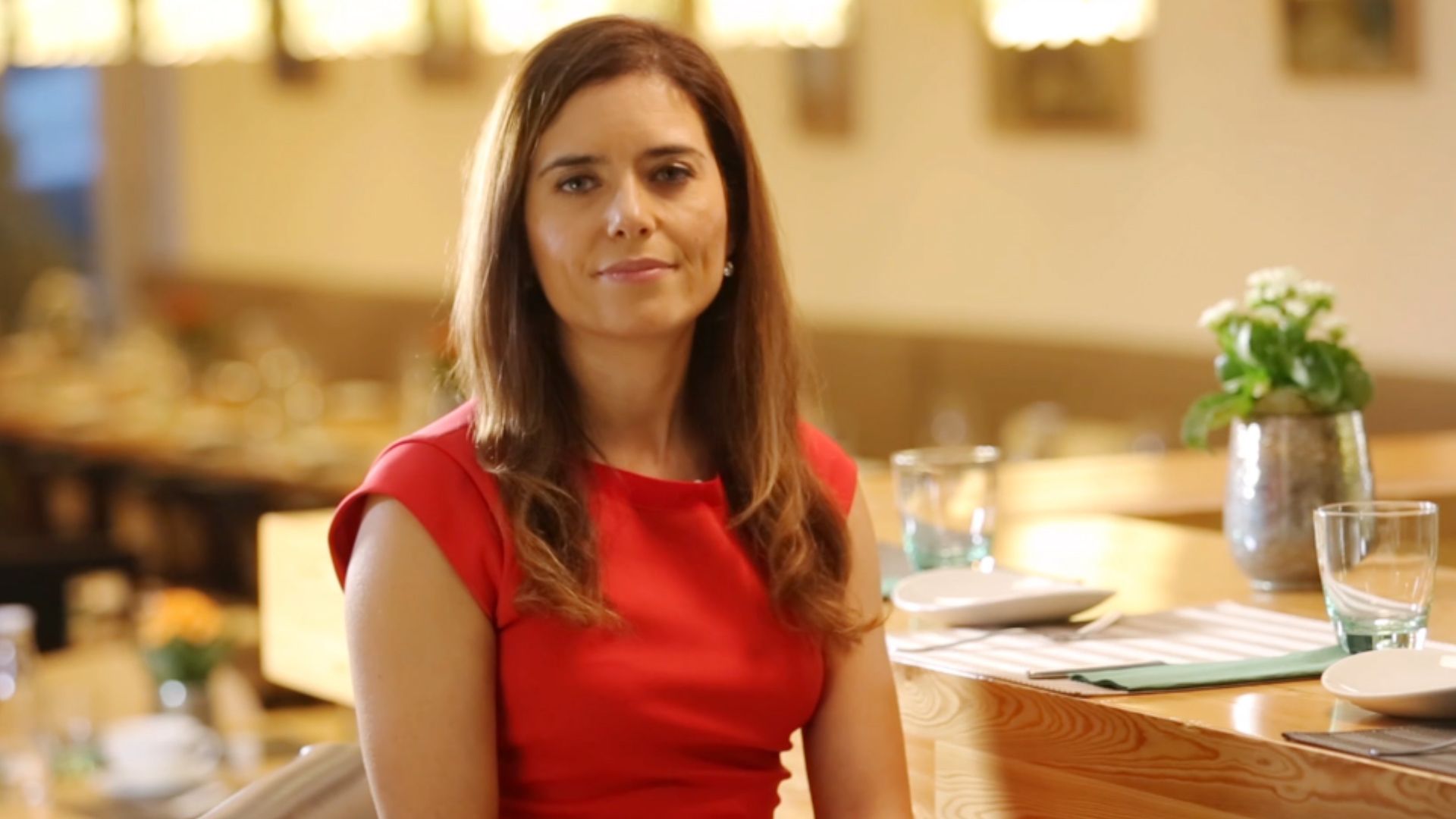 Is Climate changing our food?
Passion for Food: Pulses
Pete Bethune, Captain of the Seas
Olive oil, the liquid gold
Tracking Pulses around the World