16 Dec The other football-Booted Nation

On July 10, 2016, the Portuguese football team, led by Cristiano Ronaldo, won the UEFA European Championship with a goal by Eder, bringing the nation to ecstasy. 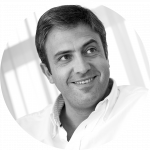 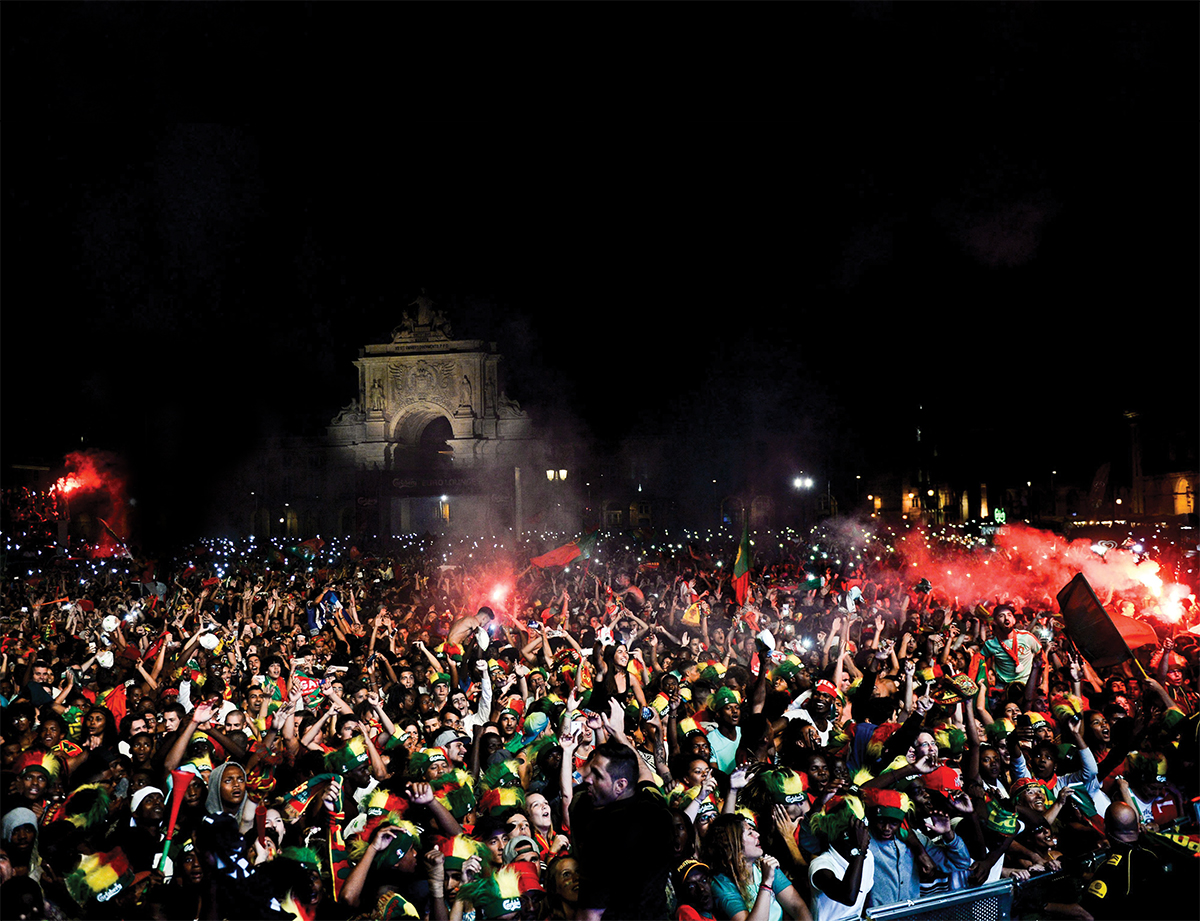 A few days ago I was sitting on the open-air terrace of a busy Lisbon café, having coffee with the Portuguese national football team manager, Fernando Santos. We were talking about football – what else? But every couple of minutes someone would interrupt us to greet the new national hero or take the inevitable selfie. And every time we would hear the words “thank you”. “Thank you for what you did for us,” they said time and again, in front of my very eyes, young and old, men and women. The entire country had been waiting forever for this moment of glory. The great Brazilian columnist Nelson Rodrigues dubbed his native land a “football-booted nation”; and this year, on the July 10, in Paris, Portugal became one too.

Portugal had been waiting for this victory for precisely 60 years, ever since Eusébio knocked Pelé off his throne in the 1966 World Cup, putting the red jerseys just a few days away from becoming world champions. But Portugal lost to England in the semi-final and the nation had been waiting ever since to avenge that defeat in London and, especially, the tears Eusébio shed on the pitch at the end of the game. Years later, it was Cristiano Ronaldo’s turn to weep, after Portugal lost to Greece in the final of the European Cup in Lisbon. It was like a fado, a truly Portuguese lament, and even more so considering the various defeats in semi-finals – and almost all to the same opponent: France – in 1984, 2000 and 2006. Whenever the prospect of a grand triumph poked its head over the horizon, there were the French waiting in the wings – the ultimate bête noire. Portugal’s Cristiano Ronaldo (front) and his teammates pose for a group photo after winning the 2016 UEFA European Football Championship final match against France at Stade de France. The Portuguese team won the game by 1-0 and became European Champion for the first time in history.

The words “play like never before but lose like always” would be heard on everyone’s lips and the well-known Portuguese comedian Herman José eternalised a phrase to be used in times of defeat, when all that remains is to keep one’s dignity intact: it was, “leave with your head held high, like the national team”. But that joke makes no sense any more. Not only can the Portuguese national football team hold its head up high, but it has also finally raised a trophy aloft. A country that adores football and devotes so much of its time to the sport – in café conversations and on endless television programmes – has finally seen its passion rewarded; a country with less than eleven million inhabitants has earned the right to be “European Champion” for the next four years. It will be quite some time before the true dimension of the feat can be grasped, but the title that Eusébio and Coluna, Chalana and Futre, Rui Costa and Figo were never able to call their own, finally belongs to Portugal. And to make it a truly perfect occasion, it happened before the eyes of the French, in their own capital city of Paris; a historical payback worthy of the silver screen.

It is often said that football is given far too much importance in Portugal; perhaps this is due to the fact that the young democracy is still lagging behind culturally and has not yet had time to catch up and form more informed and cultured elites or alternative leisure habits. And perhaps, too, because the country has no other idols who are as grand in stature as Ronaldo or Mourinho, and no worldwide superstars in the arts or performing arts, thus reinforcing the social centrality of the game. Nevertheless, football is phenomenally successful all around the globe; it is unrivalled in its capacity to bring together people from all different levels of society and is an integral part of the very identity of its millions of fans. Not so very long ago, when the first Brazilian astronaut boarded a rocket to space, he took with him his country’s flag and its national football shirt. João Ubaldo Ribeiro wrote in his tropical Portuguese, “When you win at football, you’re the best.”

In Portugal, many people sign their newborns up for membership of their favourite club even before they register them as citizens of the country. And others are utterly determined that, when they die, they will go to their final resting place shrouded in the flag that symbolises their life’s longest-lasting passion. Whatever else you swap, you never swap clubs – or so they say. And it is in the victories of the national team or the best club teams that the Portuguese – several million of whom live beyond the country’s borders – find their main source of national pride. Football generates a sense of belonging that even transcends national identity, since no other phenomenon brings together simultaneously Angolans, Mozambicans, Santomeans, Guineans, Cape Verdeans, a number of Brazilians and almost all Timorese in the extended nation that is the Portuguese language. Eder of Portugal scores the opening goal during the UEFA EURO 2016 Final match between Portugal and France at Stade de France on July 10, 2016 in Paris, France.

Perhaps the reason for the game’s success is the uniqueness of being played with those least noble limbs – the lower ones – or because of the widely varying tactics that result from having so many players on such a spacious pitch. Add to the mix the emotional involvement caused by the game, its unpredictable nature, the physical contact and the alternating attack and defence; and then there is the fact that it reflects life in society – the competition and division of tasks, the supposed meritocracy, and the importance of luck. In this game, as in life itself, people are attracted to those who are successful and tend to shy away from failure. And in this respect, do not disdain the pleasure one feels at an opponent’s defeat, which the Germans call schadenfreude, and which portrays every fan of this universal game. The historical relevance of the phenomenon has made it the driving force behind a variety of attitudes for more than a century: religious antagonism, separatist claims, regional assertion, ideological instrumentalisation or simple political collage. However, the most powerful have not always been successful in wielding it as a tool. In the 1980s, the working classes in the poor city of Naples took their revenge against the powerful North on Italy’s football fields, firmly grasping their “Neapolitan pride” in the local team led by a man who is still a legend thirty years on: Maradona.

In the 2004 European Football Championship anthem, Canadian singer Nelly Furtado, who has Portuguese roots, sang “Como uma força” (“Like a force”), the inspiring song that heralded the first major international football championship to be held in Portugal. The rhythm of the song illustrated the mobilisation of the country and a wave of patriotic fervour that, in recent history, can only find a parallel in the days of the April 1974 revolution. Portugal missed the title by a hair’s breadth and many believed there would never again be another opportunity like this one. It took 12 years. Cristiano Ronaldo once again shed tears: for the injury that took him out of the final before full time, and when Eder – the striker who rarely struck home – scored the immortal winning goal. And so another football-booted nation was born in the great nation that is the Portuguese language.

Colombia’s Nutritional Status: a wake-up call
Where are you heading at, Britannia?
Does Europe always have to end the same way?
Football is Sexy!
Brexit and the Anglo-Portuguese alliance