30 Dec The Pulse of the Earth

The Pulse of the Earth

This article essays to respond to a complex question: whether the planet Earth can have an identifiable heartbeat of its own. 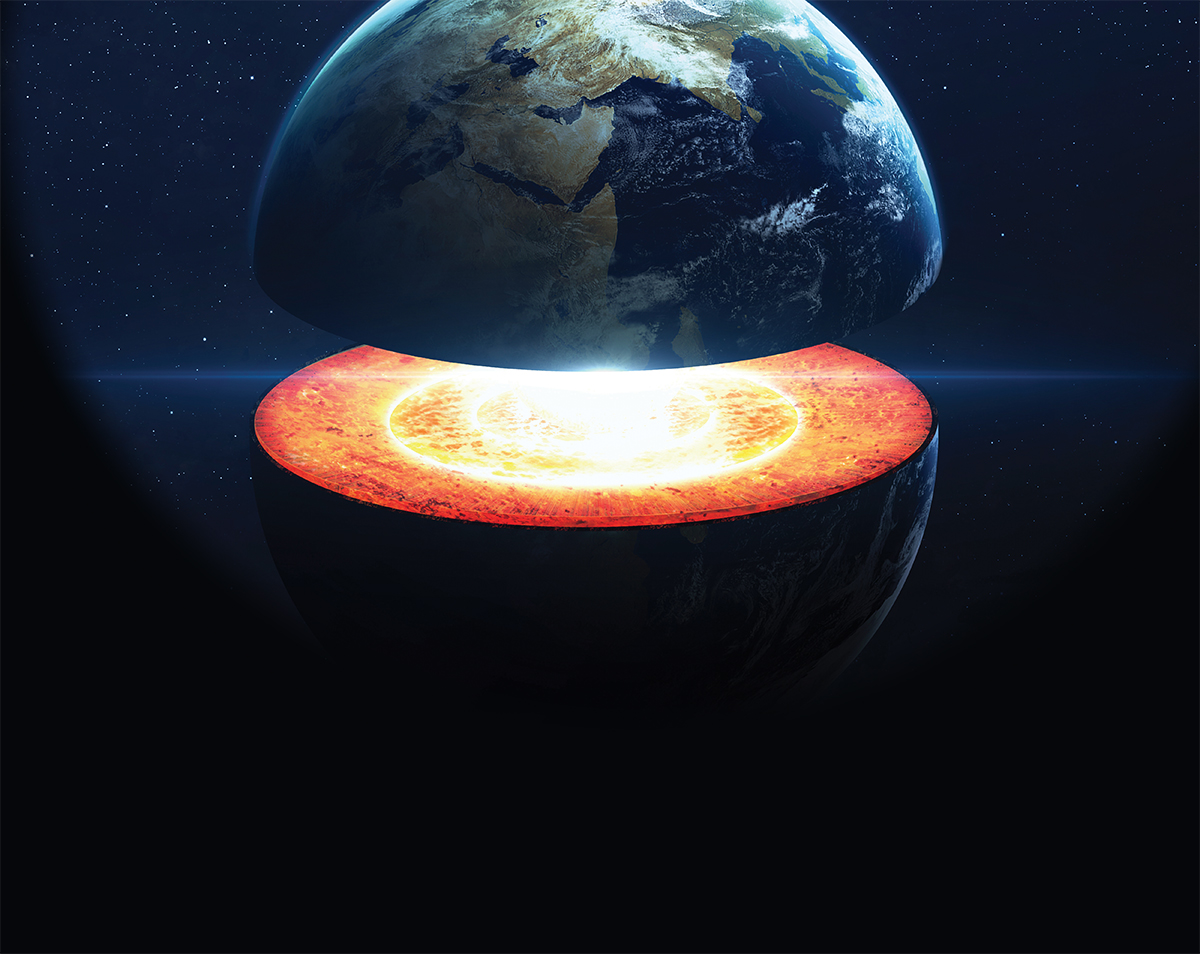 “Our solid earth, apparently so stable, inert and finished, is changing, mobile and still evolving… And the secret of it all – the secret of the earthquake, the secret of the “temple of fire,” the secret of the highland – is in the heart of the earth, forever invisible to the human eyes. These words that Canadian geologist R.A. Daly wrote in 1926 are still very much relevant. According to Victor Hugo Forjaz, a renowned volcanologist – with expertise in astrophysics, cartography and hydrogeology – working at the Volcanological and Geothermal Observatory in Azores, the planet Earth is “young and it’s in expansion”. From an astrophysics’ point of view our planet is still in its infancy, only 4 billion years old. At the time of death from a geological perspective, it will be 50 billion years old. Its core, currently at 5000° degrees is cooling off 100° degrees every billion years. So, by the time the 50-billion-year mark comes around, the planet will be completely cold. Besides, as Dutch geologist J.H.F. Umbgrove wrote: “as the Earth disposes of the youthful power to withstand the destructive work of denudation I cannot detect any symptoms of senility in the pulse of the Earth.”

Therefore, is there a way to identify what exactly can be recognized as the pulse of the earth? Answering this question became challenging because in trying to find the answer it quickly became apparent that this Earthly pulse may actually differ even among the various disciplines under the Geophysics umbrella, the subject of natural science that studies Earth’s internal structure, composition and shape, gravitational and magnetic fields, and dynamics, which is what many consider to be the key to Earth’s heartbeat.

Some scientists consider the planet’s pulse to be linked to its magnetic field, specifically when taking into account the Schumann’s resonance; others consider it to be connected with the geodynamics of Earth, specifically volcanism, given the fact that it’s the study of plate tectonics, volcanoes and magma; some to the gravitational field, which, in turn, affects Earth’s tides, a phenomenon that can be deemed as the regular heartbeat of the world. But even geothermal energy can be thought of as the pulsation of our planet.

“The most identifiable phenomena which form the pulse of the Earth is connected to seismology, volcanology and tectonic plates”.

Tides are a way of identifying this pulse. The natural phenomenon of gravity causes the ocean’s tides: the systematic rise and fall of sea levels, a result of the combined forces exerted by both the moon and sun, as well as the Earth’s rotation. Renowned ecologist H. H. Shugart writes, in “Foundations of the Earth” (2014), that tides “are the most obvious pulsations of the seas, its heartbeats”. This way, it produces a regular, constant ebb and flow of tides can be considered as Earth’s own steady, unfaltering heartbeat. However, Victor Hugo Forjaz reveals that there are also earth tides, a “tide of what’s solid”, that can only be measured in nano-units. This “is a kind of pulsation” that can also “affect the magnetic field of our planet because iron, one of the components of magma that creates this field, is oriented according to the moon – an example of what Umbgrove calls “the pulse of the deep-seated forces”. This magnetic field extends from the Earth’s core into outer space. The magnetic field and electric currents that envelop our planet, invisible to our eyes, create intricate forces that affect life on Earth. It’s like an enormous bubble, protecting the planet from cosmic radiation and electrically charged atomic particles, that is pulsating because it’s in a permanent state of flux. A more specific set of electromagnetic waves that surround the Earth was identified by German physicist W.O. Schumann – now known as Schumann’s Resonance.

According to NASA, its produces a recurring atmospheric heartbeat. Inevitably, however, Victor Hugo Forjaz argues that “the most identifiable phenomena which form the pulse of the Earth is connected to seismology, volcanology and tectonic plates”, such as the crust and upper mantle, such as permanent volcanoes, earthquakes and mountain building – “the pulsation of folding and mountain building”. Furthermore, Forjaz claims that, “if we think about tectonic activity as the pulse of the earth”, then we would be living a period of “relative calm” that may very well “correspond to a cycle whereas in half a million years we’ll go through another period of great plate activity”.

Forjaz also believes that geothermal energy can also be a possible measure of the Earth’s heartbeat or pulse, “both due to medicinal thermalism and new or renewable sources of energy”. This resource has as a source  – the so-called hot spots  – that pulsate magma periodically – at 15 million year intervals, another potential heartbeat. These “hot spots” are located at tectonic plate boundaries, which are also seismically active. There is also a supply of balmier heat at shallower depths effectively anywhere on the planet, a naturally occurring “hydrothermal convection” system: an authentic circulatory system.

In terms of identifying Earth’s ultimate heart, the volcanologist doesn’t hesitate to nominate the planet’s mantle because it pulsates and moves in a very similar way to that of a human heart.

Portugal rests near the intersection between the major Eurasian and African plates, however the plate boundary of Southern Iberia is not properly defined. A new study, helmed by Marc-Andre Gutscher, a researcher for the European Institute for Marnie Studies, notes that Portugal’s 1755 earthquake was the result of subduction, where the oceanic lithosphere (outer, solid part) submerged under the continental lithosphere. This subduction is still active but its consequences won’t be felt for a long time (1,000 to 2,000 years). Additionally, the Azores and Madeira archipelagos have a long history of volcanism, with the Serreta volcano as the one with the most recent activity (2001).

A digital illustration of map showing the Earth’s tectonic plates, specifically the boundaries between plates beneath the Iberia Peninsula

Colombia’s emerged territory covers a vast area of the South American plate. At the same time, there is submerged Colombian territory that lies in the Caribbean and the Nazca plates, all very close together. As a result of being in a “hot spot” location, Colombia experiences tectonic movement and frequent seismic activity. One of Colombia’s strongest and worst earthquakes was shared with Ecuador – along the line between the Nazca Plate and the South American Plate – in January 1906. The 8.8 Richter magnitude was catastrophic and it triggered a destructive tsunami that caused, at least, 500 casualties on the Colombian coast, near Esmeraldas. Poland, which also has three volcanoes (Ostrzyca, Grodczyn, Wilcza Góra) – although extinct – has significant resources of geothermal energy. The results of research and estimations have been able to prove that geothermal energy has the greatest potential in this country when it comes to renewable sources. In fact, Poland has one of the largest low-enthalpy (resources that typically present temperatures below 150 °C) geothermal potentials in Europe, with temperatures ranging from 30° to 130° at depths of 1 to 4 km. There are seven geothermal plants: three in the Podhale region (Zakopane, Bukowina Tatrzańska and Bańska Niżna), in Stargard Szczeciński and Pyrzyce (both in the northwest) and in Mszczonów and Uniejow, both in central Poland.