Are we back to the 1970s price crisis? The Russian invasion of Ukraine has soared inflationary expectations. Portuguese economist Sérgio Rebelo assesses the repercussions of the conflict on a European economy that, by the end of 2022, was struggling with high inflation. 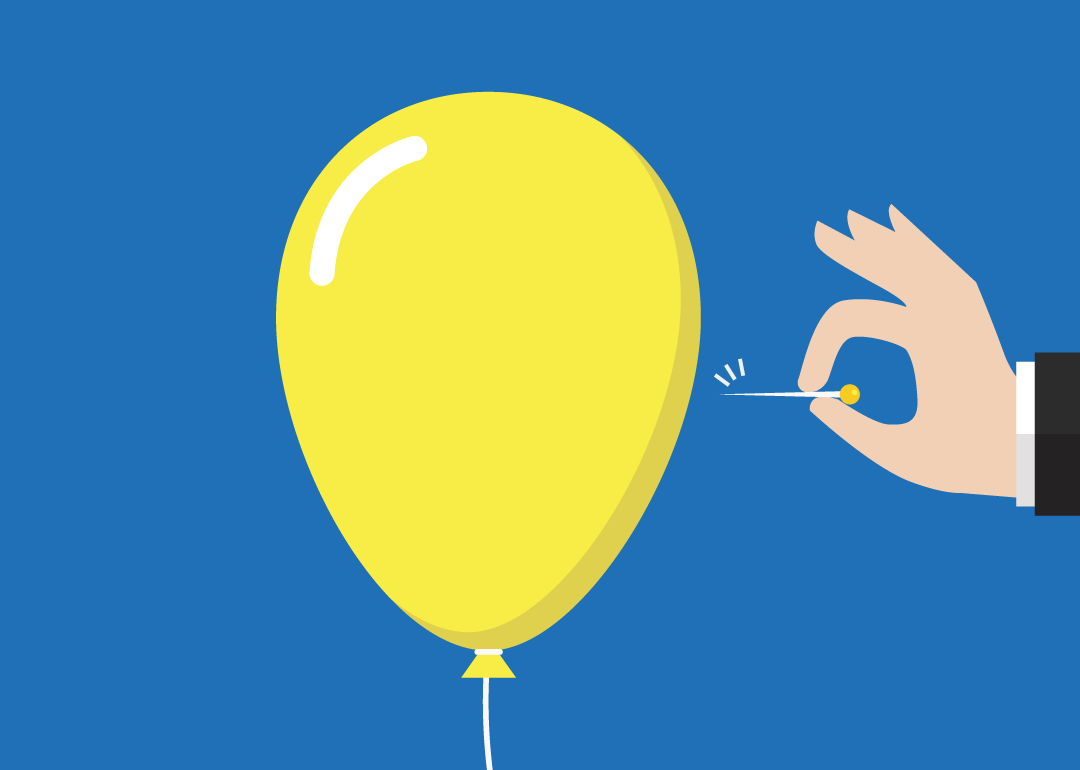 In developed countries, central banks generally target an average inflation rate of two percent per year. Inflation is not constant over time; it tends to be higher in good times and lower in bad times. Growing consumer demand stretches production capacity and raises production costs in expansions, contributing to higher inflation rates. In recessions, there is idle capacity, and costs fall, reducing inflation rates.

To keep inflation close to the two percent target, central banks raise interest rates during expansions to cool the economy by reducing interest-sensitive demand components, like car and house purchases. In recessions, central banks lower interest rates increasing demand and moderating the severity of the downturn. The two percent inflation target is somewhat arbitrary. But it has two desirable properties. The first is that inflation is sufficiently low that firms do not generally index their prices to the rate of inflation.

They quote fixed prices for future deliveries. Similarly, unions and workers do not index wages to the inflation rate. Indexation makes inflation harder to control because it puts prices and wages on autopilot. The second desirable property is that when the average inflation is two percent, the average short-term interest rate is about four percent. During expansions, the interest rate is five or six percent, so, when a recession comes, there is plenty of room for the central bank to lower the interest rate without making it zero or slightly negative.

The 2009 financial crisis and the Covid crisis were exceptions to the rule. These recessions were so large that many central banks cut interest rates to zero or slightly negative levels for extended periods of time. With their economies still weak and unable to further reduce short-term interest rates, central banks resorted to “quantitative easing”. These programs involve purchasing corporate bonds, mortgages, and long-term government bonds to lower yields on these instruments, making credit cheaper to help the economy revive. 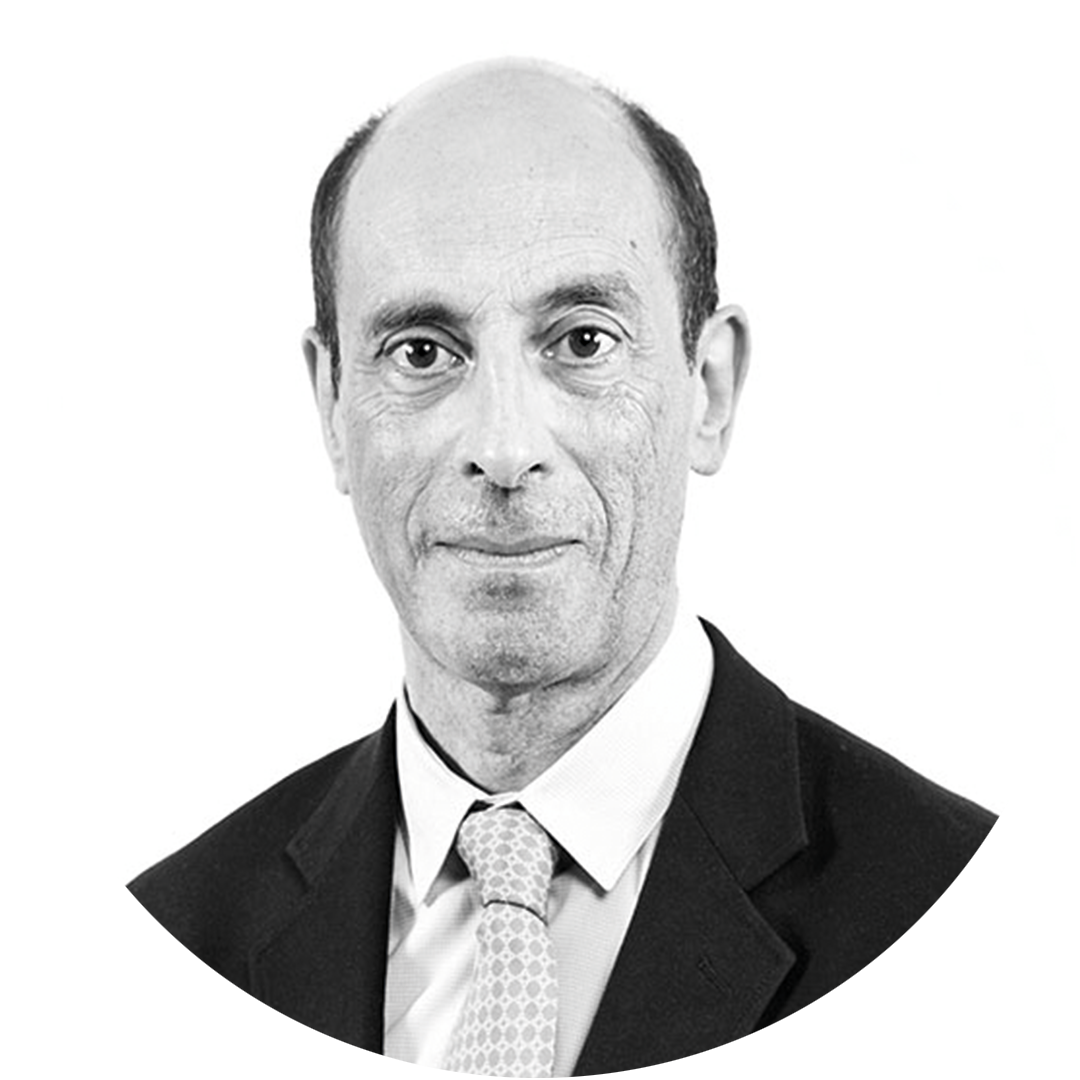 ECONOMIST AND MUFG BANK DISTINGUISHED PROFESSOR OF INTERNATIONAL FINANCE AT THE KELLOGG SCHOOL OF MANAGEMENT. MEMBER OF THE BOARD OF DIRECTORS OF THE JERÓNIMO MARTINS GROUP.

The inflation expectations of households, managers, and workers are a critical determinant of the inflation rate. For this reason, central banks try hard to maintain their credibility as being able to keep inflation around the two percent target. This credibility is important because if the private sector believes inflation will get out of control, this prophecy can be self-fulfilling. To protect themselves from inflation, businesses raise prices, and workers demand wage increases, initiating a price-wage spiral that gets inflation out of control.

Central bank credibility is crucial because money is backed by nothing other than the promise that central banks will keep inflation under control. If you look at a U.S. dollar bill, it says, “In God we trust”. The U.S. monetary system counts on divine intervention if something goes wrong. The Covid epidemic resulted in demand declines (as people avoided restaurants, theaters, and other high-contact goods) as well as supply declines (as many people who could not work remotely did not go to work because of stay-at-home mandates or fear of getting infected).

In the short run, the demand shock seems larger than the supply shock – inflation rates fell. But as demand recovered, supply had trouble keeping up, and inflation rose well above the two percent target. Commodity prices and supply chain problems contributed to these inflation travails. Oil price futures fell precipitously between March and April 2020 in response to a dramatic decline in the demand for transportation. In the U.S., many fracking companies declared bankruptcy. When the economy recovered, U.S. oil production, which represented 19 percent of world output in 2019, recovered slowly, and oil prices remained high.

Once the oil supply expanded and supply chain problems were resolved, inflation would subside, but then Russia invaded Ukraine.

Supply chain troubles added to the woes of the economy. Many companies depend on China for some components they use in production. China used containment effectively in the initial phases of the epidemic, dramatically reducing Covid’s per capita death toll relative to the western world. But this success means that the Chinese population has low levels of natural immunity. This issue would be unimportant in the face of a successful vaccination campaign. But a slow vaccination campaign left the Chinese economy exposed to the virus.

For the Sinovac vaccine to be highly effective against disease and death, it has to be administered in three doses. Since only a small part of the population has received three doses, China is still implementing harsh containment measures that hamper production and shipping, putting strain on factories that depend on Chinese inputs. The Fed and the ECB largely viewed high oil prices and supply chain difficulties as temporary and self-correcting.

Once the oil supply expanded and supply chain problems were resolved, inflation would subside, so there was no need for significant increases in interest rates that might hurt the fragile recovery from the Covid shock. But then Russia invaded Ukraine. The price of oil rose again, and so did the prices of natural gas, wheat, and many other commodities. Supply chain problems worsened. Central banks were caught behind the curve and started raising interest rates rapidly to convince financial markets and the public that they are serious about controlling inflation. 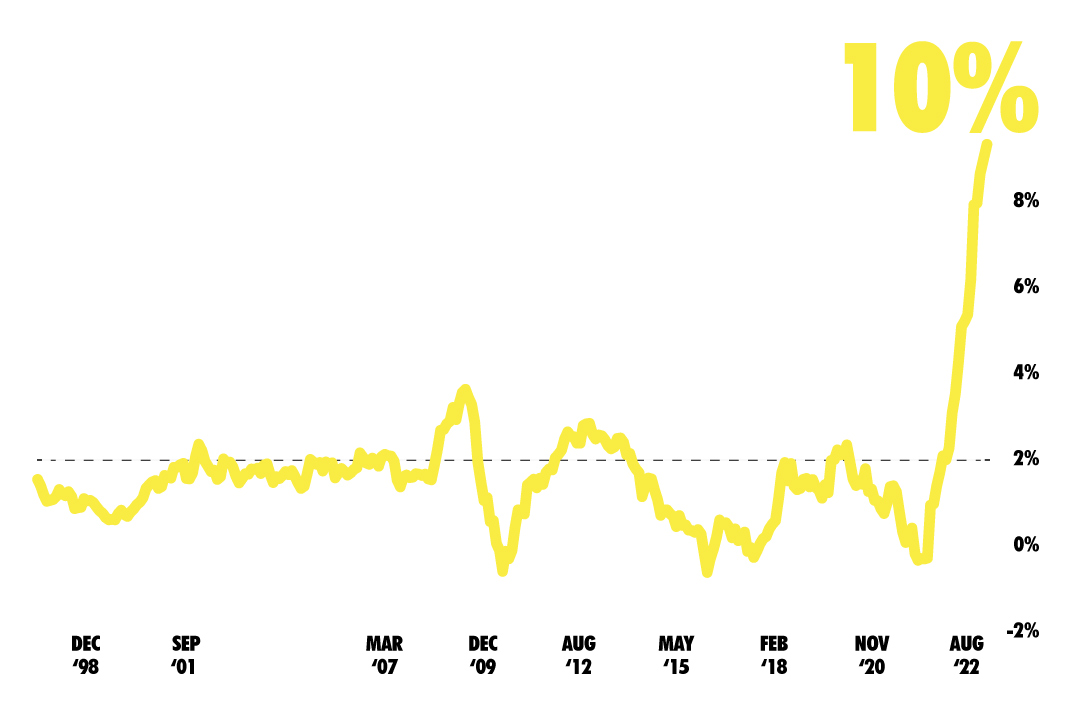 Will we have a replay of the 1970s? Then, two oil shocks rocked the world economy, raising unemployment rates. At the same time, inflation expectations became unmoored, and indexation became common. Stagflation, a word that describes a world of high unemployment and high inflation, became as fashionable as disco music. In 1979, Paul Volcker raised the Fed funds rate to 18 percent to squash inflation. After a few months, inflation began to decline, but it was only in 1986 that it reached two percent again. Paul Volcker’s actions created a sizable recession in the U.S. and two other pieces of collateral damage. The first was a crisis in Savings and Loans (S&L) banks. These banks had issued long-term mortgages in the 1960s with low, fixed interest rates. In the 1980s, they had to finance these investments by paying double-digit interest rates to depositors. Many S&Ls became insolvent and had to be bailed out by the U.S. government.

The second piece of collateral damage was the Latin American debt crisis. During the 1970s, oil exporters deposited their surpluses in international banks. These banks lent many of these “petrodollars” to Latin American countries. These were short-run loans denominated in dollars that the countries expected to roll over for years to finance infrastructure and other long-term investments. But when Volcker raised interest rates to 18 percent, the cost of borrowing increased dramatically in Latin America.

At the same time, capital outflows from Latin America to the U.S. caused a depreciation of local currencies. In 1982 Mexico defaulted on its debt. A wave of default quickly spread throughout Latin America. As a result, the continent lost access to capital markets and endured a lost decade with little economic progress. The current situation resembles the 1970s. Two large shocks, Covid and the Ukraine war, rocked the world economy.

Will we see inflation getting out of control? Will stagflation return? There are outflows of capital from Latin America, and local currencies have depreciated. One crucial difference vis-à-vis the 1970s is that central banks have so far preserved their credibility as inflation fighters. Surveys of household and business expectations indicate that the private sector expects high inflation to be temporary and return to two percent in the next few years. Data from bond markets agree with this assessment.

Central banks will have to continue raising interest rates to ensure that inflation expectations remain anchored around the 2 percent target and that inflation will return to this target. If they stay the course, we are unlikely to return to the stagflation of the 1970s. But let’s not jinx inflation prospects: please don’t listen to disco music.