Pedro Soares dos Santos awarded with the Order of Boyacá 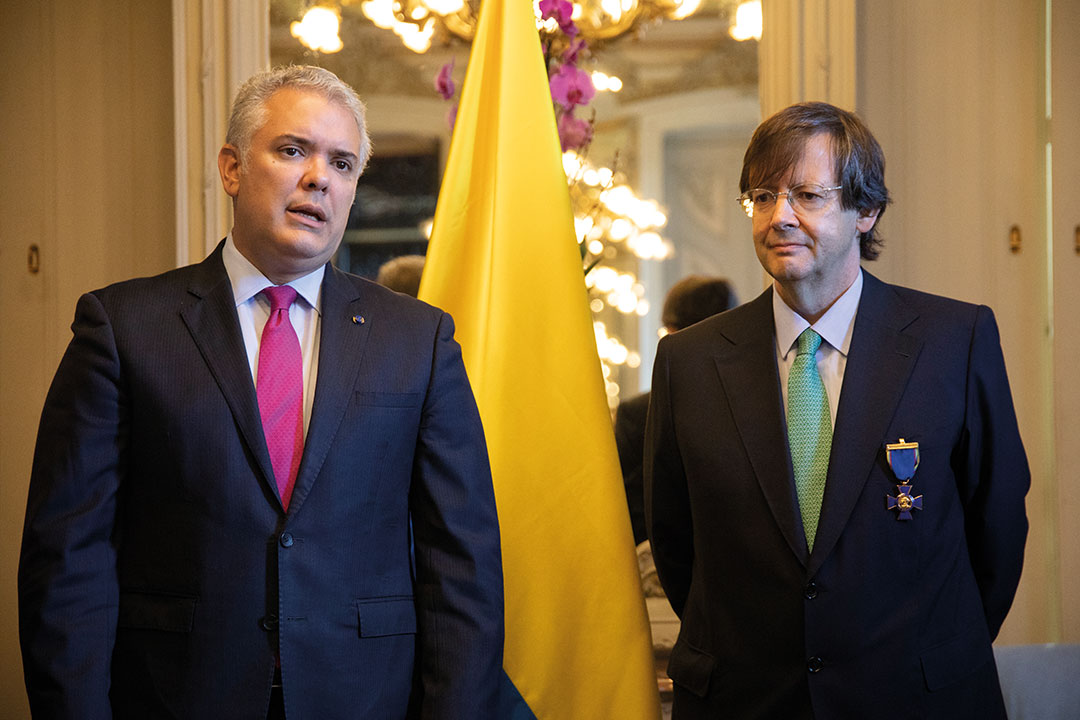 Iván Duque, the ex-President of Colombia, awarded Pedro Soares dos Santos the Order of Boyacá during his official visit to Lisbon on the summer of 2022. This is the highest award granted by the Government of Colombia to the military, nationals and foreign citizens for their services to the country. The award recognises the Jerónimo Martins Group’s trust in Colombia and its contribution to the country’s economic development.

Since 2012 and up to the award date, the Group has invested around 700 million euros in Colombia, opened 1,000 stores, created more than 9,500 direct jobs and has a business relationship with over 500 suppliers in the country. On occasion, Pedro Soares dos Santos pointed out that the award recognises the collective work that the Group is doing in Colombia and the strength of its commitment to democratising the access to quality food for consumers.