28 Dec Poland and the Migrants

Poland and the Migrants

The world was moved by Poland’s hospitality with Ukrainian refugees. Perhaps, for Poles, the war may be another form of Russian imperialism, but the fact is that this same war has dissipated differences and rekindled the Polish spirit of Solidarność (Solidarity). 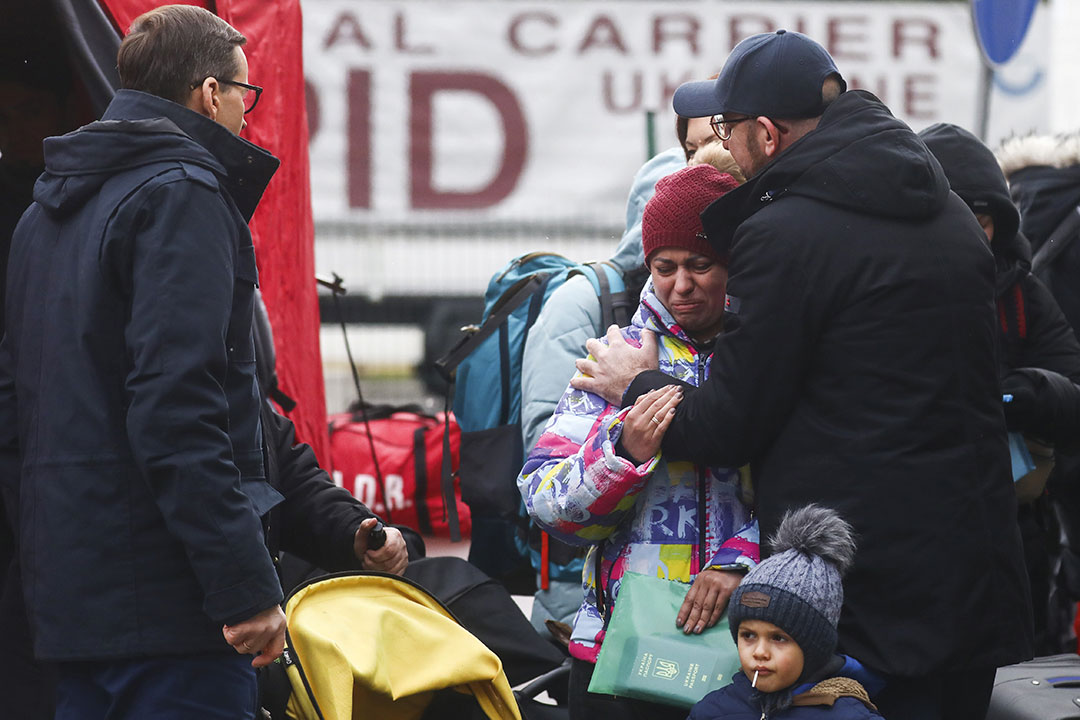 “It’s like going back to the years of the first Solidarity, to the early 1980s, when Poles opposed the communist regime en masse and peacefully. For the first time in years, I’m proud of Poland again,” one Polish ex-dissident, now an émigré, told me about the way the Poles accepted Ukrainian refugees after 24 February 2022. “I don’t look at passports, I look at the eyes”, a border guard is credited with having said to a Ukrainian woman crossing the border near Przemyśl in south-eastern Poland.

While tens of thousands of refugees were crossing the Polish-Ukrainian border every day, the sound of the Ukrainian anthem could be heard from the tower of one of the country’s most important churches, St Mary’s Basilica. At the same time, in the Polish capital, Warsaw, the famous words, which Ukrainian soldiers from Snake Island unabashedly spoke to the Russians at the beginning of the invasion, were displayed on the giant building of the Palace of Culture and Science.

Roughly three or even four million people – this is the number of refugees from Ukraine who arrived in Poland following the full-scale war launched by Vladimir Putin in Ukraine in February 2022. It is a huge number. Not only because the size of the Polish population is around 38 million people, meaning that newcomers now make up 10 per cent of it, but also because Europe has not seen such a massive wave of people moving from one place to another since the Second World War. 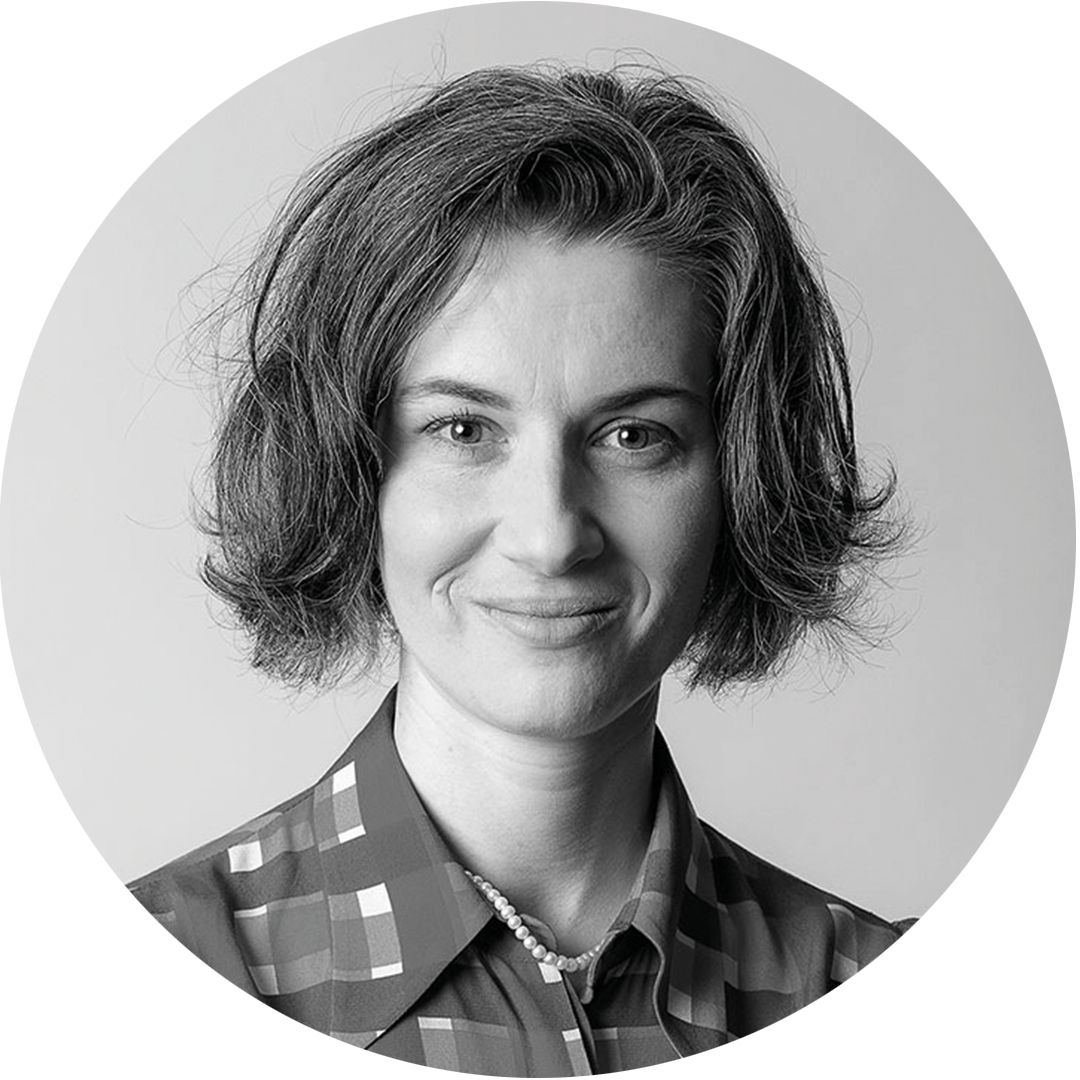 Even Germany, which welcomed one million Syrian refugees in 2015, took them in over an entire year; Poland took in perhaps four times as many people in only three months. Outside observers, mainly from Western Europe, looked on, rubbing their eyes. Here was the same Poland that in 2015 strenuously opposed the admission of several hundred people from Syria and had been applying a push-back procedure to refugees from Afghanistan on the Polish-Belarusian border since the autumn of 2021.

In February 2022, the same country immediately decided to open its border with Ukraine. Instead of defending the border, soldiers helped carry the refugees’ belongings; in more than one photo, a border guard walks next to a Ukrainian mother, carrying her sleeping child in his arms. From the early days, volunteers crowded the stations where the refugees were arriving, bringing food, clothes, cleaning products, fruit and sweets for the children. A new popular type of post suddenly appeared on Polish social media.

People photographed their flats and said: “Now a Ukrainian woman and her children live in this room.” Or: “We gave our grandmother’s flat to two Ukrainian families.” The vast majority of society was helping the desperate refugees on a daily basis. The reference to Solidarity made by my friend was not unwarranted. This year, as then, 40 years ago, Poles referred to the collective civic revival by the same name: the festival of solidarity. And even months later, although the initial enthusiasm for joint help has subsided somewhat, it does not look as if Poles are about to abandon newcomers in need.

So what is the truth about Polish society? On the one hand, its representatives like to think of themselves as a nation of exceptional hospitality. During the most culturally important holiday in Poland – Christmas Eve on 24 December – an extra plate is laid on the table. This is said to be for a guest who might stray that day and come looking for warmth and food. When you go to Poland as a guest, you must be prepared to get an incredible amount of food. You have to eat it, and saying that you are already full may be taken as an expression of a lack of politeness. On the other hand, things have not looked so rosy in recent years. When Germany widely welcomed Syrian families in 2015, and Angela Merkel repeated the famous “Wir schaffen das” (we can handle it), the party that currently governs Poland, the Law and Justice Party (PiS), mounted an electoral campaign against Islam and refugees. 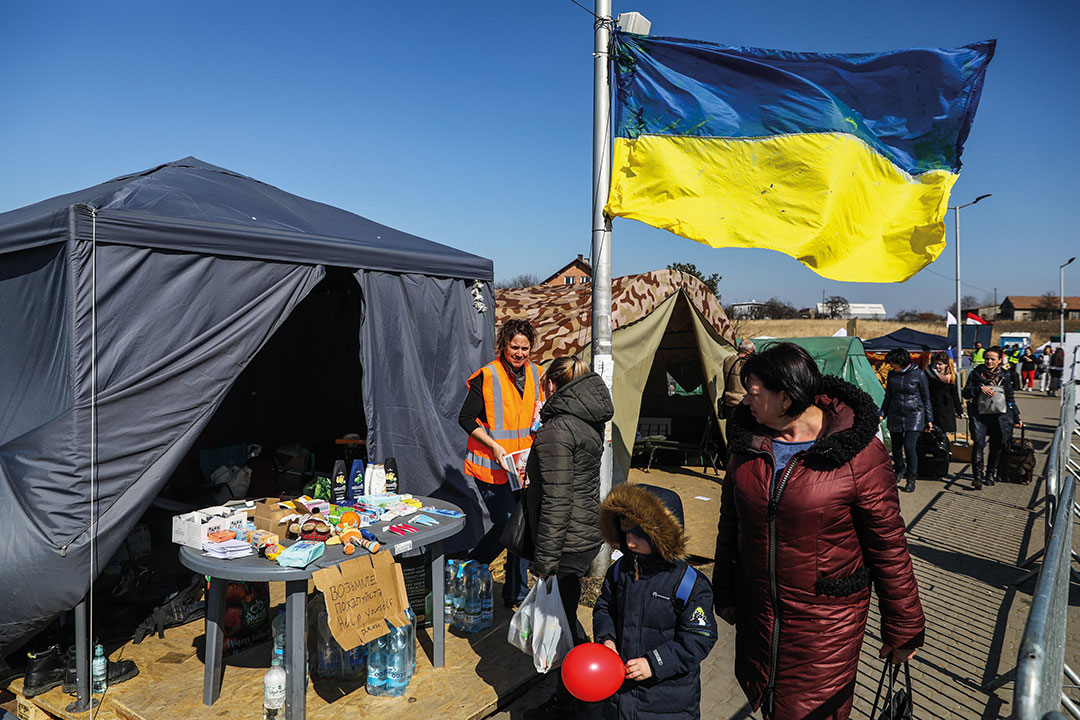 The party’s friendly media called the newcomers from Aleppo economic migrants and covert Jihadist fighters. It must be admitted that this was an effective campaign. Not only did Law and Justice win the elections, but the abovementioned media content also triggered significant changes in what the Poles think. Public opinion polls indicate that the end of 2015 – when the wave of refugees from Syria to Europe was most intense, and pro-PiS media often wrote about it – brought a fundamental change in attitudes towards Muslims. In a 2016 CBOS survey, for example, 67 per cent of respondents declared an aversion to Muslims, which is 21 percentage points higher than in a similar survey four years earlier. On the other hand, the percentage of people unwilling to accept refugees from Arab countries was as high as 57 per cent.

The same aversion also seems to have been at work in 2021, when the crisis on the Polish-Belarusian border began. The Belarussian dictator, Alexander Lukashenko, started to deliver refugees from Afghanistan, hoping that weaponising these people would destabilise the situation in the EU countries to the west of his country. It was, therefore, not without reason that the Polish government doubled the guard at this border, as the 2022 events prove that Belarus and Russia might have been testing the security of EU borders and social responses to waves of migration.

Another matter was, however, the push-back procedure against those refugees who, by some miracle, managed to cross the border – a method condemned by the European Court of Human Rights (ECHR) and various Polish courts when it took the shape of collective expulsion. In this case, it is important to note the willingness of many Polish activists to rescue refugee families lost in Polish forests. Valuable activity by organisation networks like Grupa Granica should be acknowledged. However, one should bear in mind that social movements to help refugees from Afghanistan were limited when compared to the one in 2022 welcoming Ukrainians.

What are the reasons for this puzzling difference in the behaviour of Poles? While factors such as proximity of ethnicity, religion and culture are not insignificant here, another factor should be noted. Poles react with sympathy towards the Ukrainians because there is a social conviction that the full-scale war that Vladimir Putin has started in Ukraine will sooner or later spread further to the western borders of the European Union. This conviction is widely shared in Eastern Europe.

As Kaja Kallas, the Estonian Prime Minister, recently said, “Our neighbour’s problem today will be our problem tomorrow”. Poles, Ukrainians, but also Lithuanians, Estonians and Latvians, share the same existential fear regarding this war. This emotion contributes to the fact that these nations have a definition of the current war in Ukraine, different from the meaning widespread in their neighbouring western countries. For them, this war is not a single event but rather another link in a chain of events, a part of the process.

Perhaps the new experience of solidarity will have the power to renew communal feelings in Poland.

The process started with Chechnya, then moved to Georgia, and finally, appeared in Ukraine, first as an annexation of Crimea and then as the full-scale war we are witnessing today. Moreover, this war is for them another form of Russian imperialism, which has been returning to the region for 300 years in ever-varying ways. As such, it should be strongly opposed and beaten back. Perfect proof of this is that when Chechens, who are people of Muslim faith, fled to Poland in the late 1990s, Poland was willing to take them in too. The reason was a common source of suffering, which was Russian aggression. From this point of view, one could wonder if the Poles wouldn’t be more friendly towards the Syrians and the Afghans were they better informed about the role of Russia and Russia-subordinated Belarus in causing their entry into Poland.

Poland is currently struggling with several challenges related to the admission of a large number of Ukrainians in a short period of time. These people need kindergartens, schools, jobs, language courses and many other forms of assistance. Preoccupied with next year’s parliamentary and local elections, the government in Warsaw will allow things to happen as they have done so far, which is letting the structural problems of Ukrainian refugees be solved primarily by local authorities and civic activists.

Presently, the new population is vast, but it does not automatically mean filling all empty job places – not all the skills of incoming workers and the needs of employers fit. Poles are aware that the return of the war in Ukraine to Kiev might result in yet another wave of refugees, and thus the Poles will probably not be so willing to accept more refugees from outside Ukraine in the near future. The latest data from the social security database (PESEL) show that the new Ukrainian wave of migration has permanently added 1.4 million people benefiting from social care and state education. Of these, 93% are women and children.

In addition, 1.2 million Ukrainians were permanently residing and working in Poland before the Russian aggression. But perhaps there is another consequence of what is currently happening in Poland. When the Poles formed Solidarity in 1980, although it did not occur immediately, they brought about the collapse of communism in the country within a decade. Who knows – perhaps the new experience of solidarity with the newcomers will also have the power to renew communal feelings in Poland, so sorely needed in these times of polarisation and the democratic crisis. 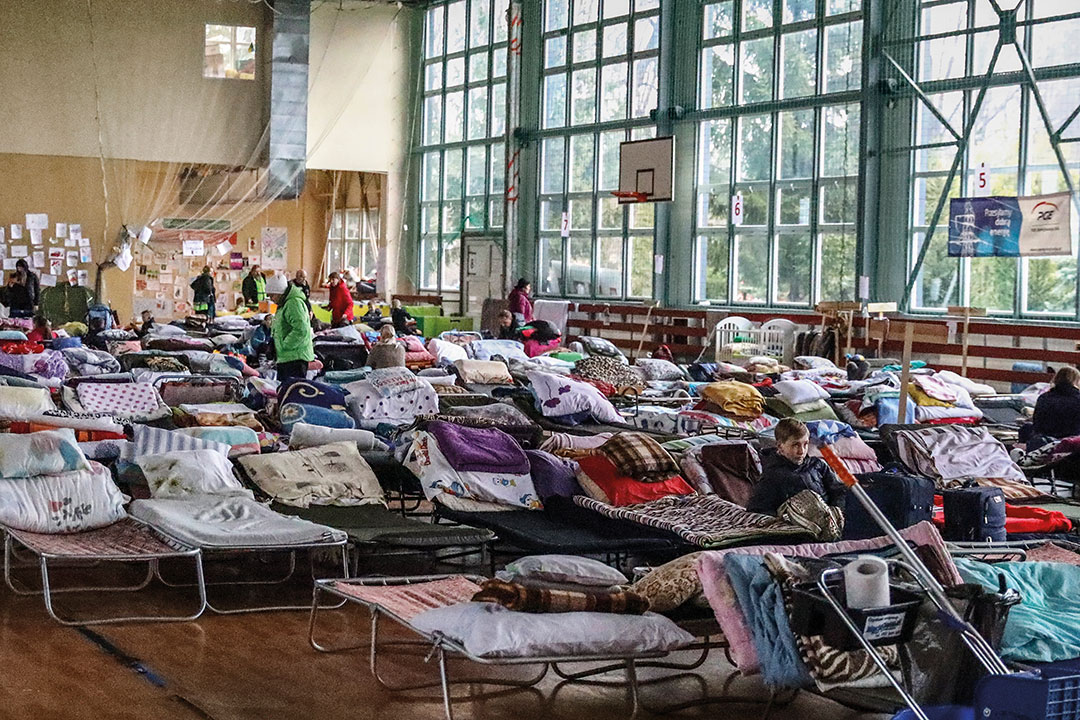 Refugees from Ukraine who crossed Ukrainian-Polish border due to ongoing Russian military invasion are seen at a temporary shelter inside the reception point organized in a sports hall in Hrubieszow, Poland on April 1st 2022.